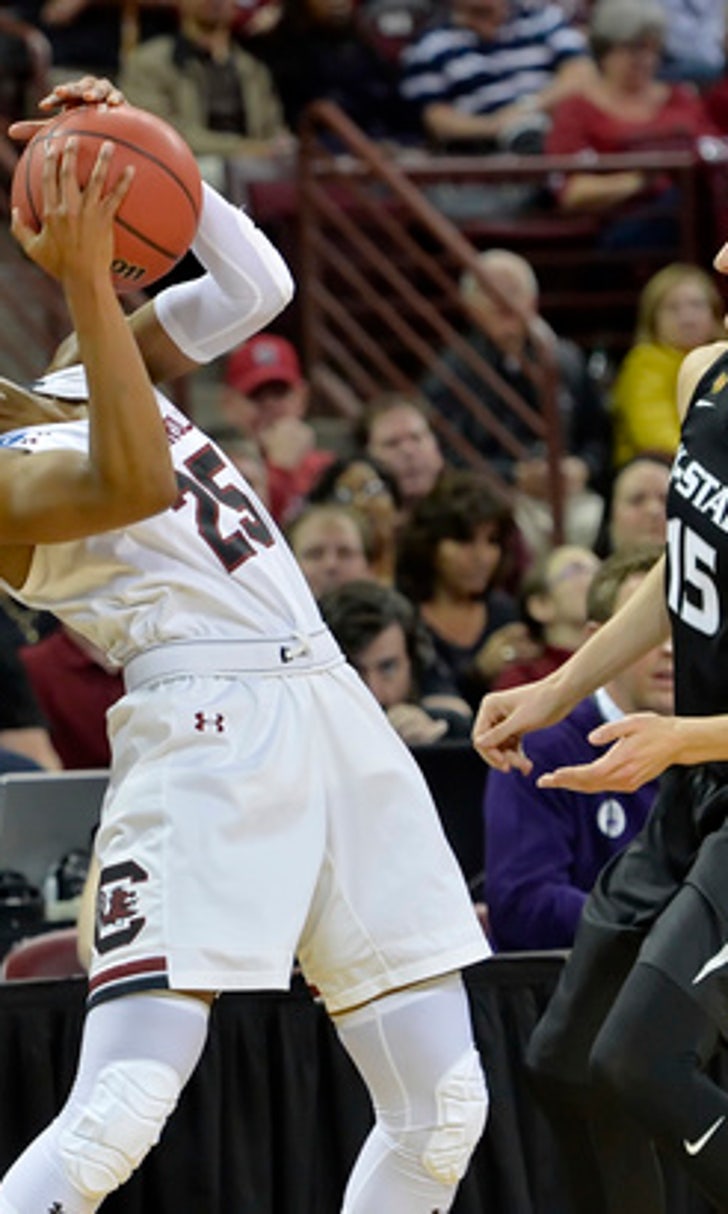 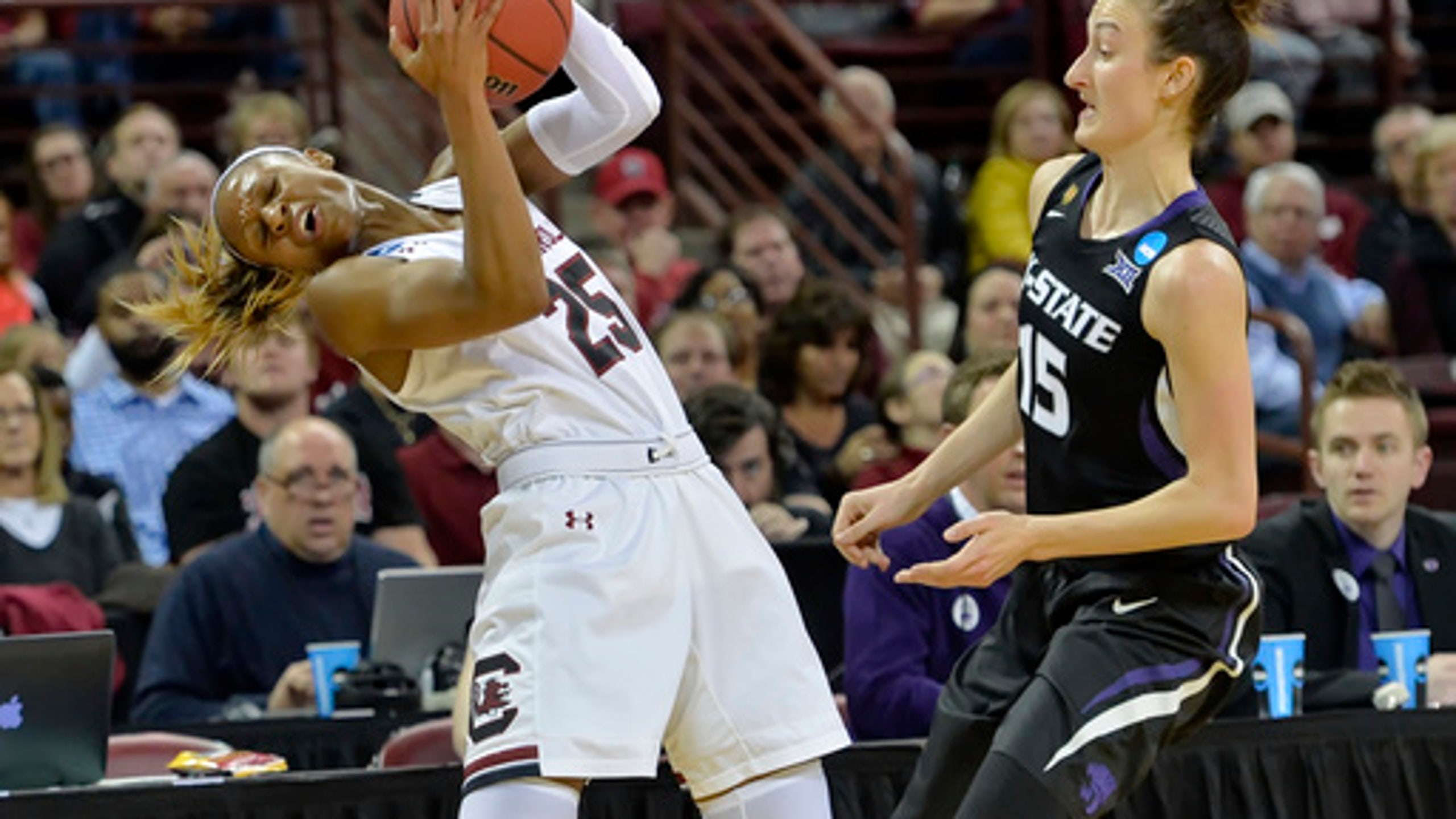 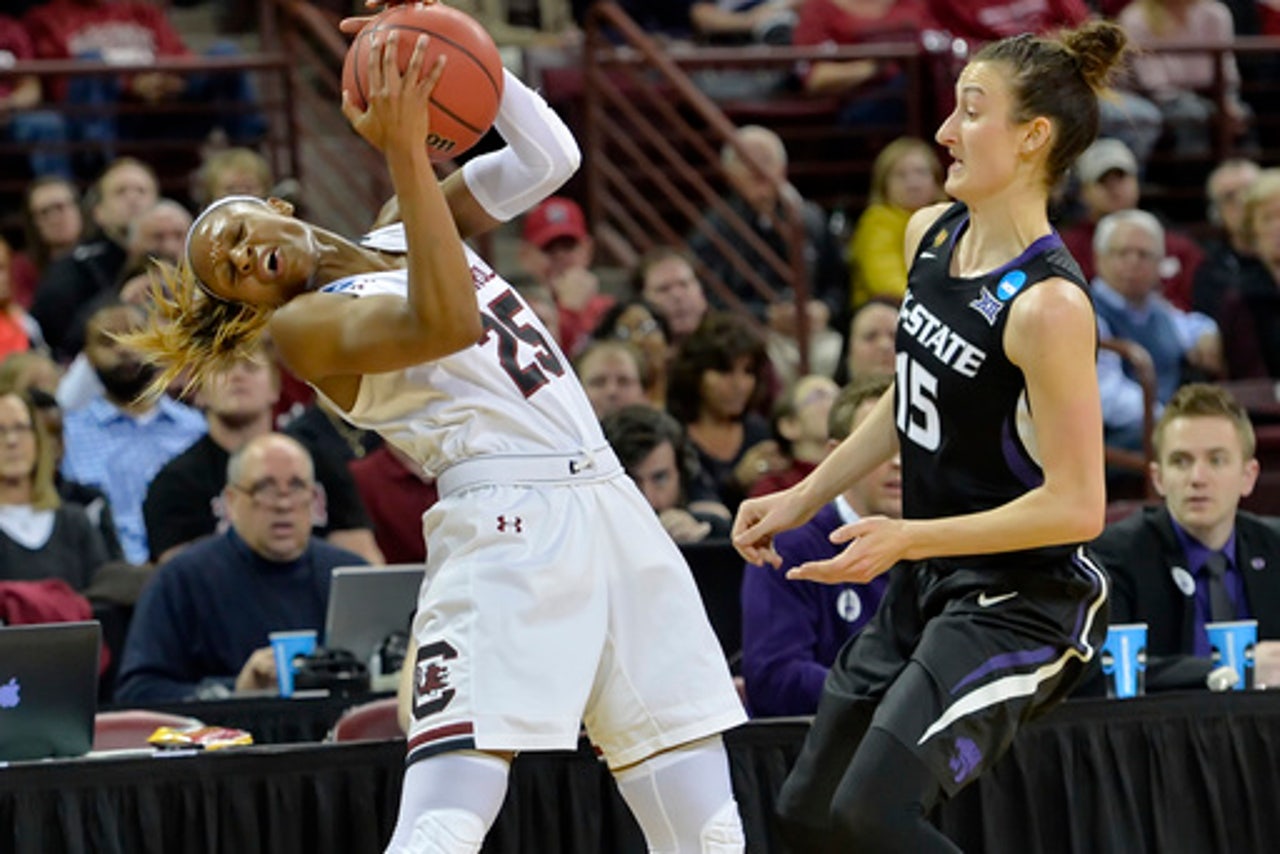 COLUMBIA, S.C. (AP) Tiffany Mitchell scored 16 of her 20 points in the first two quarters as top-seeded South Carolina opened a big lead and breezed into the Sweet 16 with 73-47 victory over Kansas State on Sunday night.

The Gamecocks (33-1) romped through their first two NCAA Tournament games, defeating Jacksonville by 36 points before routing the ninth-seeded Wildcats (19-13) on the way to their fourth round of 16 in the past five seasons. South Carolina, though, is looking for much more and showed the inside strength and defense that might help achieve their national championship goal.

Mitchell was the catalyst in the first 20 minutes, slicing through the Kansas State defense whenever she had the ball.

The Gamecocks will face Syracuse (27-7) on Friday in Sioux Falls, South Dakota in the next round.

Breanna Lewis had 19 points to lead the Wildcats, who had no answer once South Carolina got going.

Alaina Coates had 14 points and 10 rebounds, her second straight double-double in the NCAA Tournament and 19th of the season.

The Gamecocks led by 19 points at the break and eventually grew the lead to 32 points against their Big 12 Conference opponents.

Kansas State had hoped to make the Sweet 16 for the first time since 2002 and thought its 6-foot-5 junior Lewis could limit the effectiveness of South Carolina's inside power duo of 6-5 A'ja Wilson and 6-4 Coates.

That job looked easier when Wilson was called for two fouls less than two minutes into the game.

But it was Mitchell, a two-time SEC player of the year, who powered the Gamecocks past the Wildcats early on. Her steal and easy basket after Wilson went to bench way early got a nervous crowd to exhale and steadied South Carolina's attack.

Mitchell sliced through Kansas State's defense on the way to a three-point play after the Wildcats had tied things for a final time at 7-all.

She killed off any hopes of a Kansas State comeback in the final minute before halftime with a 3-pointer before banking home a basket as the buzzer sounded to put the Gamecocks up 45-26 and cruising to their fourth Sweet 16 appearance in five years.

Mitchell got big hugs from her teammates - and a rousing ovation from the fans - when she left the court at Colonial Life Arena for a final time. The senior helped the Gamecocks go 47-1 at home the past three seasons, the lone defeat to NCAA Tournament favorite UConn 66-54 last month.

Kansas State: The Wildcats' Breanna Lewis had six blocks against George Washington on Friday night, setting the school record for most games in a career with five-or-more blocks at 14. Lewis has 177 blocks the past two seasons, also a Kansas State record. She finished with two blocks against the Gamecocks.

South Carolina: The Gamecocks have turned up their stingy defense even more in the past month. They've held their past nine opponents to an average of 49 points a game. One team has broken the 60-point barrier in that stretch - and that was Kentucky in a 93-63 loss in the SEC tournament semifinals earlier this month.

Kansas State's season is over.

South Carolina will play No. 4 Syracuse in the Sweet 16 on Friday in Sioux Falls, South Dakota.