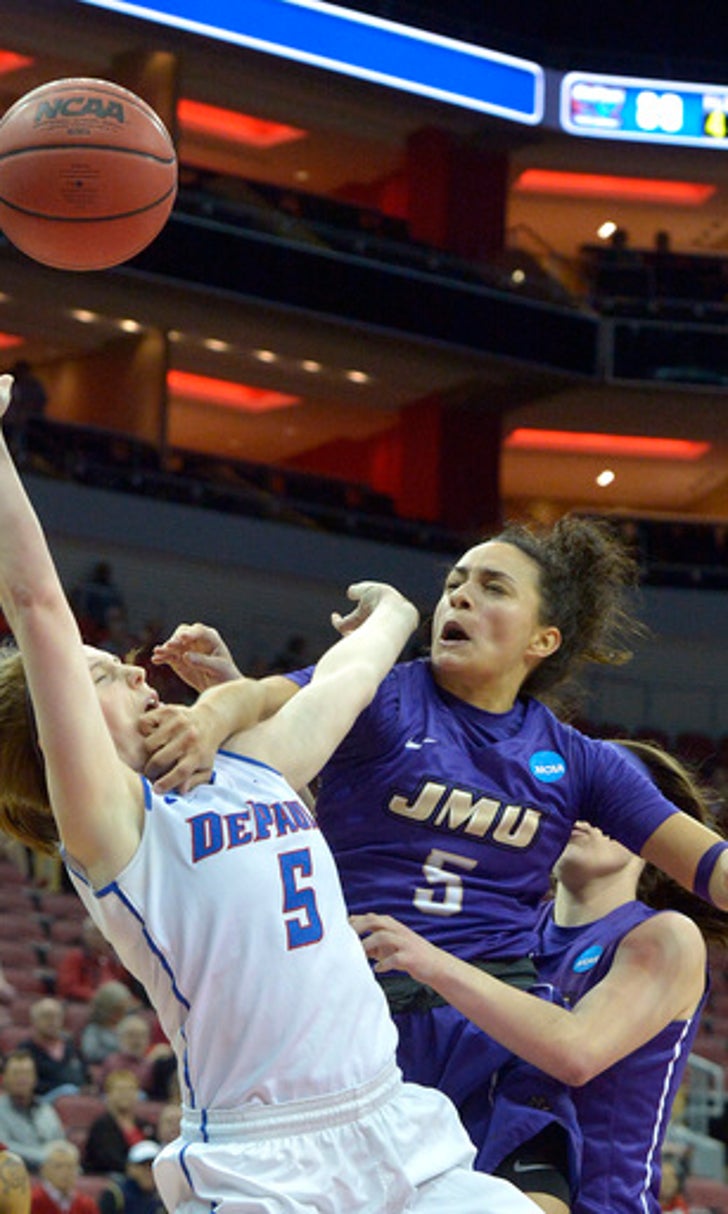 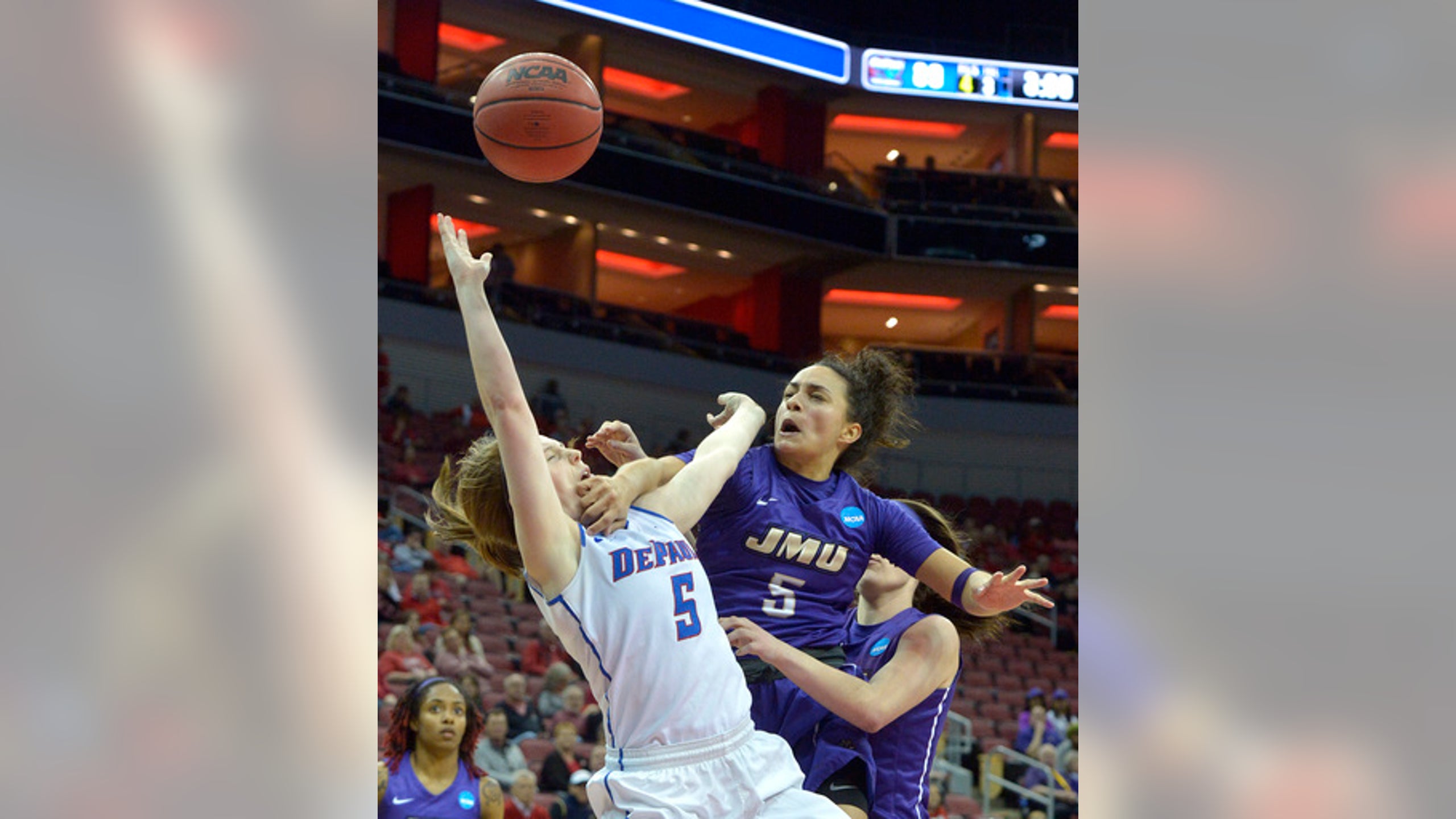 Louisville and DePaul renew series for spot in Sweet 16 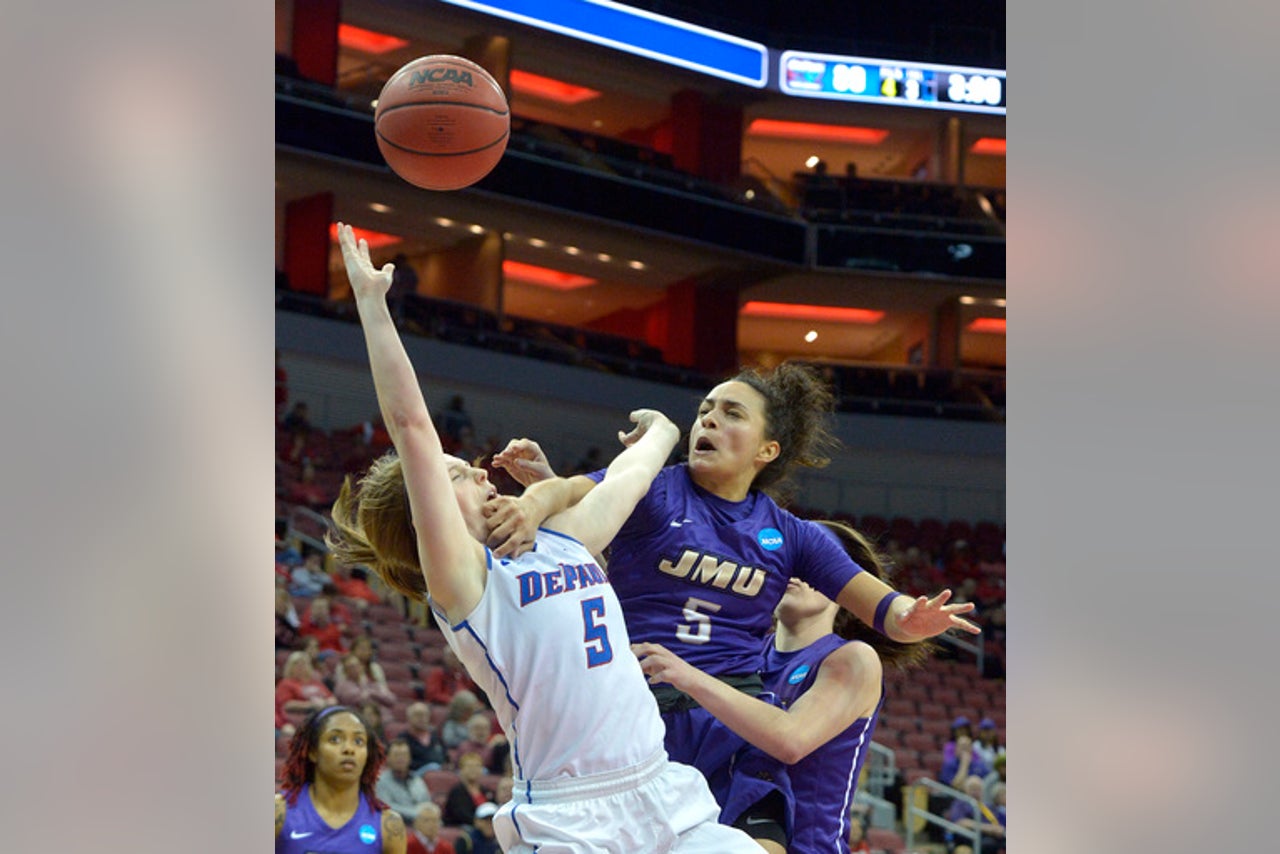 LOUISVILLE, Ky. (AP) DePaul and Louisville will add another chapter to their shared history for a spot in the Sweet 16 following big wins in the opening round of the women's NCAA Tournament.

Sunday's game is the 32nd in a series that dates back to 1983. The third-seeded Cardinals host No. 6 seed DePaul with the winner moving to the Dallas regional.

Louisville trailed by 3 after a quarter in their tournament opener but pushed past the lackluster start to beat 14th-seeded Central Arkansas 87-60 on Friday. DePaul had no such issues in dismissing No. 11 James Madison 97-67, hitting 11 3s.

To reach a fourth straight Sweet 16, Louisville coach Jeff Walz is focused on slowing the Blue Demons' multi-faceted attack. The Blue Demons have only been held to less than 70 points twice this season and had six players score in double figures in Friday's 30-point win. DePaul ranked seventh in scoring entering the tournament at 81 points a game.

''We have to be able to guard one-on-one without help,'' Walz said. ''As soon as you require help that's when they've got you scrambling, and they shoot the ball too well to have to chase them.''

While Hines-Allen can hit mid-range shots and beat defenders off the dribble, DePaul also has a forward who is comfortable outside the post. Megan Podkowa hit 51 3s this season, making an impressive 48 percent. The senior averages 8.1 rebounds, 3.2 assists and more than a block and a steal per game.

Louisville: The Cardinals have won 25 of their last 28 games after starting the season 1-4. They started the season at No. 8 in the Top 25 before dropping out after their slow start.

DePaul: The Blue Demons are 2-1 when playing a true road game in NCAA play since 2011, with both wins sending them to the Sweet 16. They beat Penn State in 2011 and knocked off No. 2 seed Duke in 2014. DePaul led for all but 12 seconds of that contest and hit 14 3-pointers to spring the upset. Bruno said he doesn't complain about having to play tournament games on the road, feeling that it is in the best of interest of drawing more fans to the sport.

''Our players have to be fearless,'' Bruno said. ''That's what this is about, a belief system, a belief of self that you're equal to or greater than anybody else on this stage and you've earned the right to be here.''