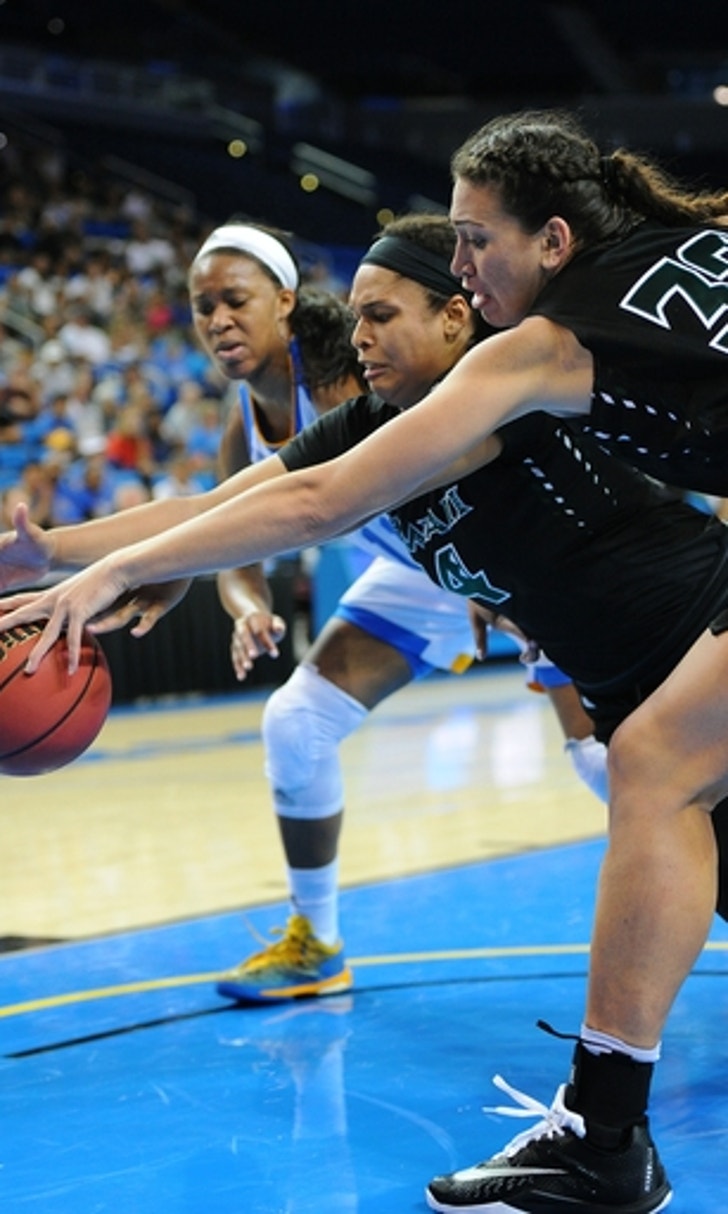 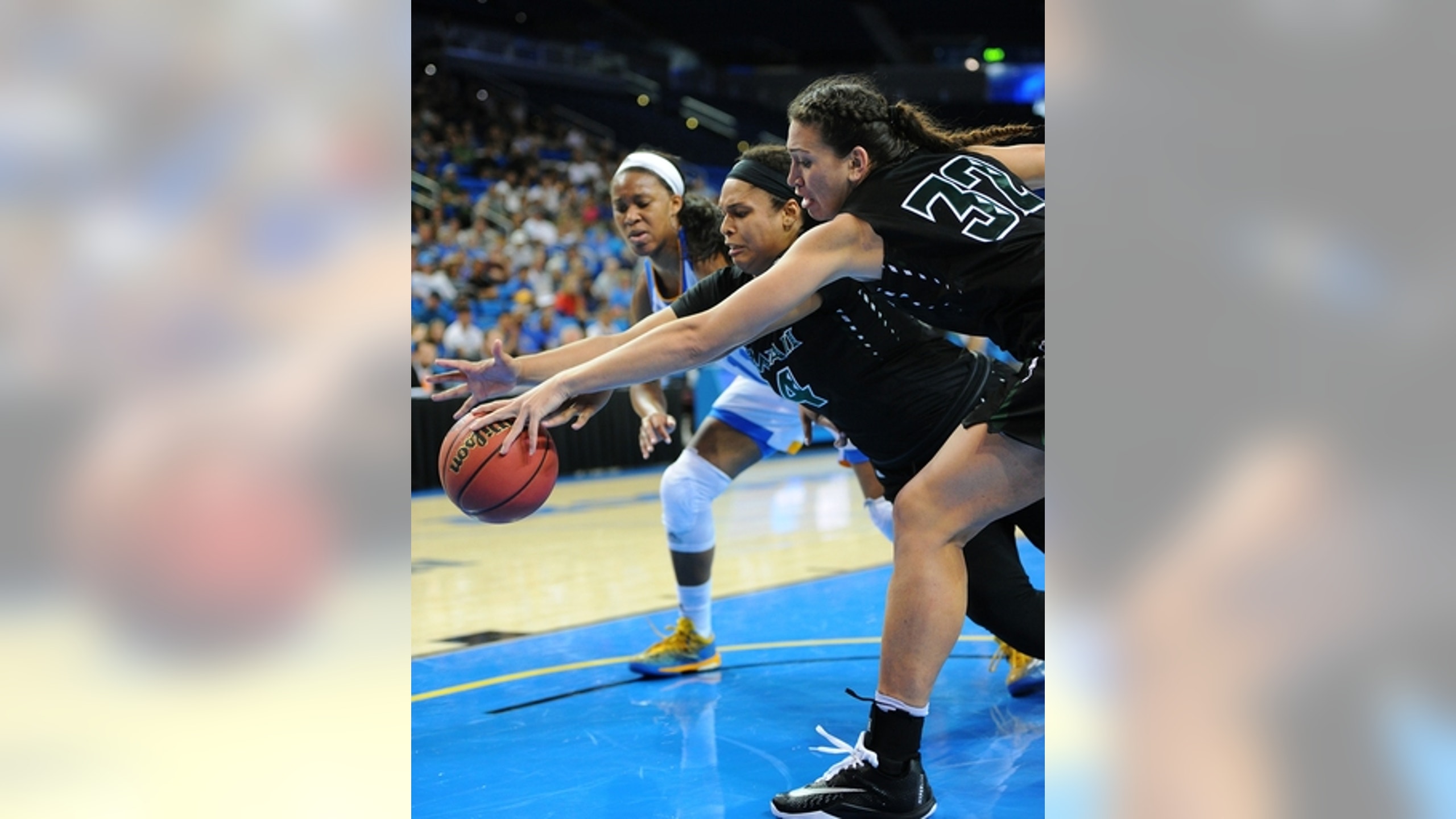 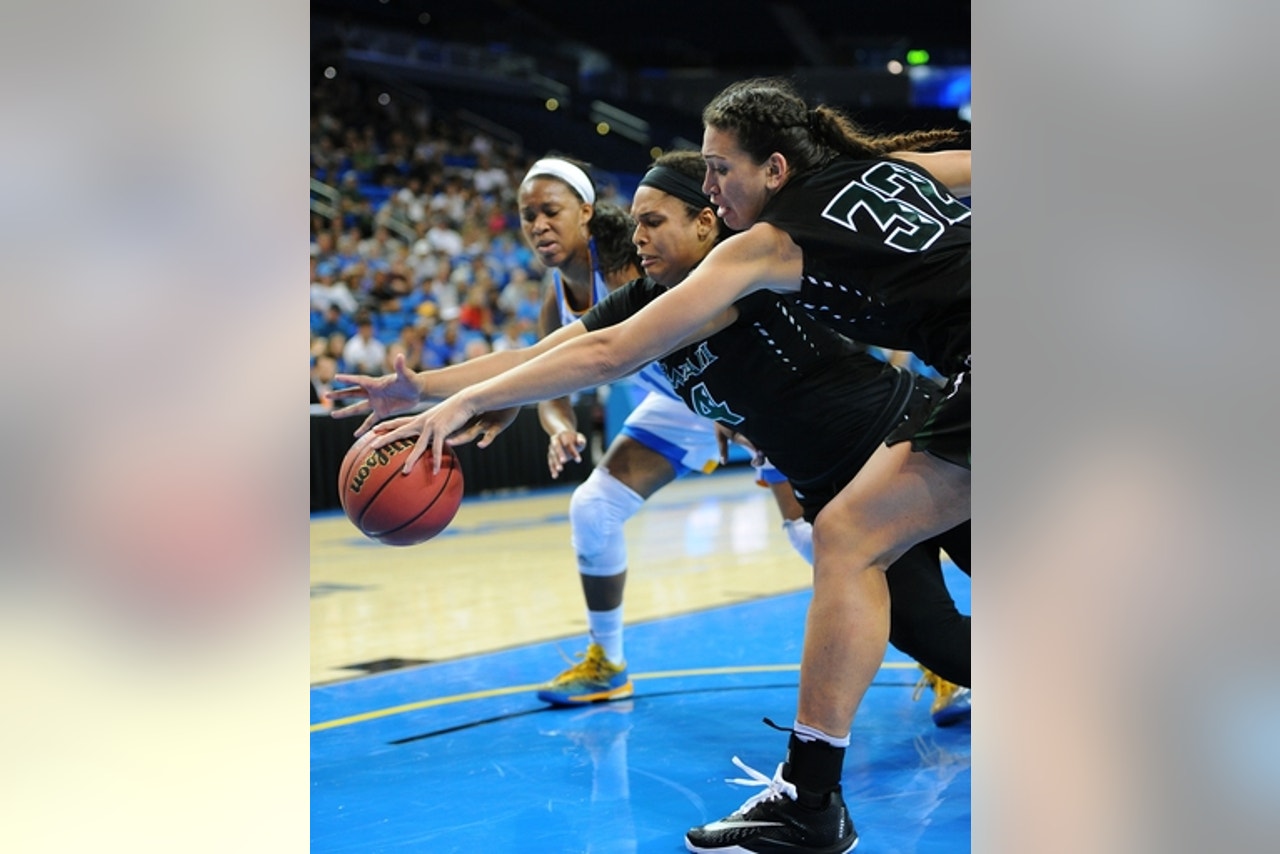 LOS ANGELES (AP) There's more to the UCLA Bruins than their top-flight backcourt of Nirra Fields and Jordin Canada.

Riding a stifling defense, the No. 3 seeded Bruins got 16 points from Fields and 15 points from Kennedy Burke off the bench to defeat a cold-shooting Hawaii 66-50 in the first round of the women's NCAA Tournament on Saturday.

''It really starts at the defensive end. We're a running team. We're a transition team,'' said Fields. ''When we get stops and can push the ball, it makes our offense that much easier When we get the ball in the half court, and we get some easy baskets in the post it makes our job even easier.

The Bruins took control of the game in the first half with Burke, Monique Billings and Lajahn Drummer doing the bulk of the damage.

''"Our bench has been a huge key for us all year long,'' said UCLA Coach Cori Close. ''It's been really consistent. Kennedy Burke really did a great job at the back of the zone, using her length. She got us some great passes in the open floor.''

''We got beat by a better team today, point blank,'' said Hawaii Coach Laura Beeman. ''We did not bring our A game today, and that was because of what they did to us.''

''She had to lead the team a different way tonight,'' said Close. ''She's run the team by carrying it on her back before. This time she had to do it doing other things.''

Megan Huff scored 11 points to lead Hawaii, which was able to make just 6 of 47 shots over the final 30:07 of the game. The Rainbow Wahine had eight shots blocked by the Bruins.

The Bruins know they'll have to go to other options as they get deeper into the Tournament.

''When you have bad shooting nights, and you don't have rhythm, you find ways to win,'' said Close. ''I think in the NCAA Tournament when things aren't pretty or things aren't comfortable can you find other ways to get the job done. And we were able to do that.''

UCLA, which led by double-digits from the middle of the second quarter on, shot 45 percent and outscored the Rainbow Wahine 20-9 in points off turnovers.

The Bruins took control over a 10-minute stretch beginning at 2:24 of the first quarter, using a 23-6 run to open a 35-18 lead with 2:25 left in the second quarter. The Bruins held Hawaii without a basket for a 6:24 stretch during the run. While Hawaii was missing 10 consecutive shots, the Bruins made 6-of-10 shots.

Hawaii: The Rainbow Wahine end their season with a 21-11 record.

UCLA: plays South Florida on Monday in the second round.