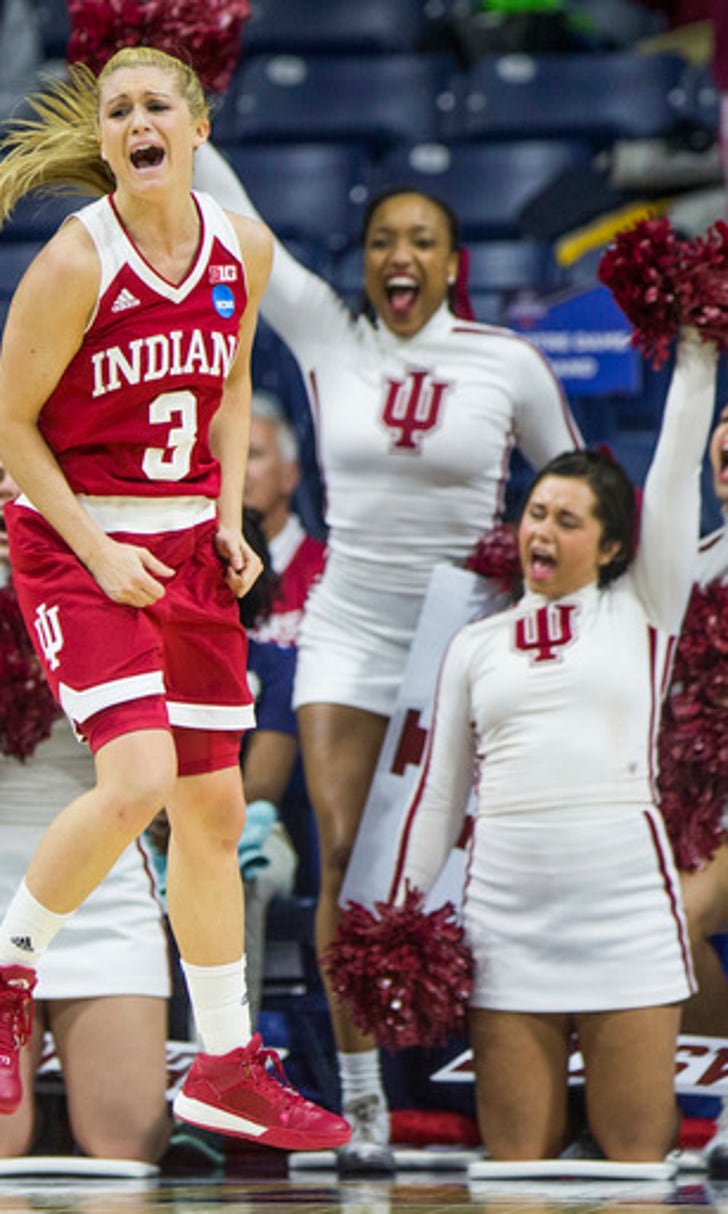 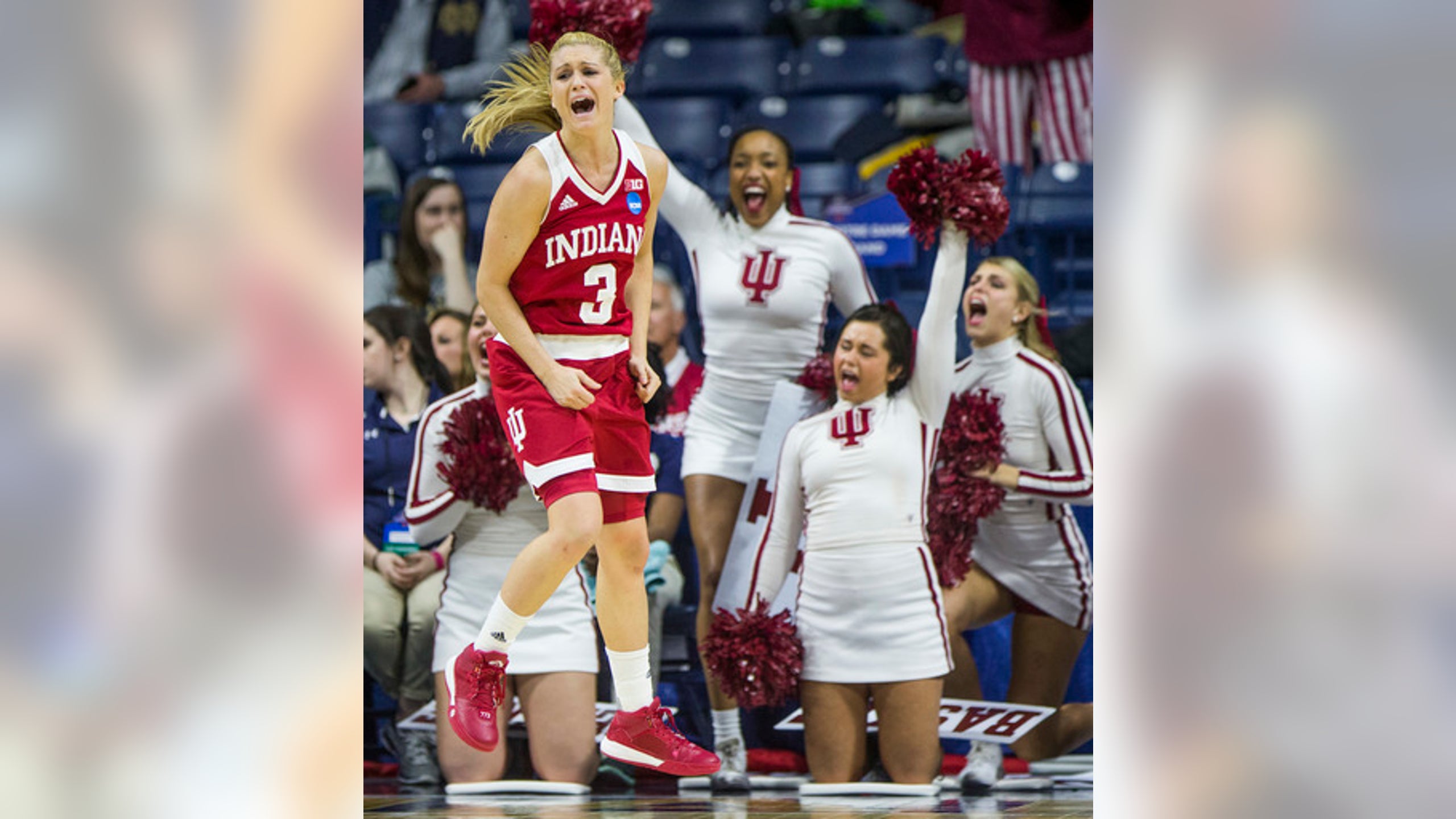 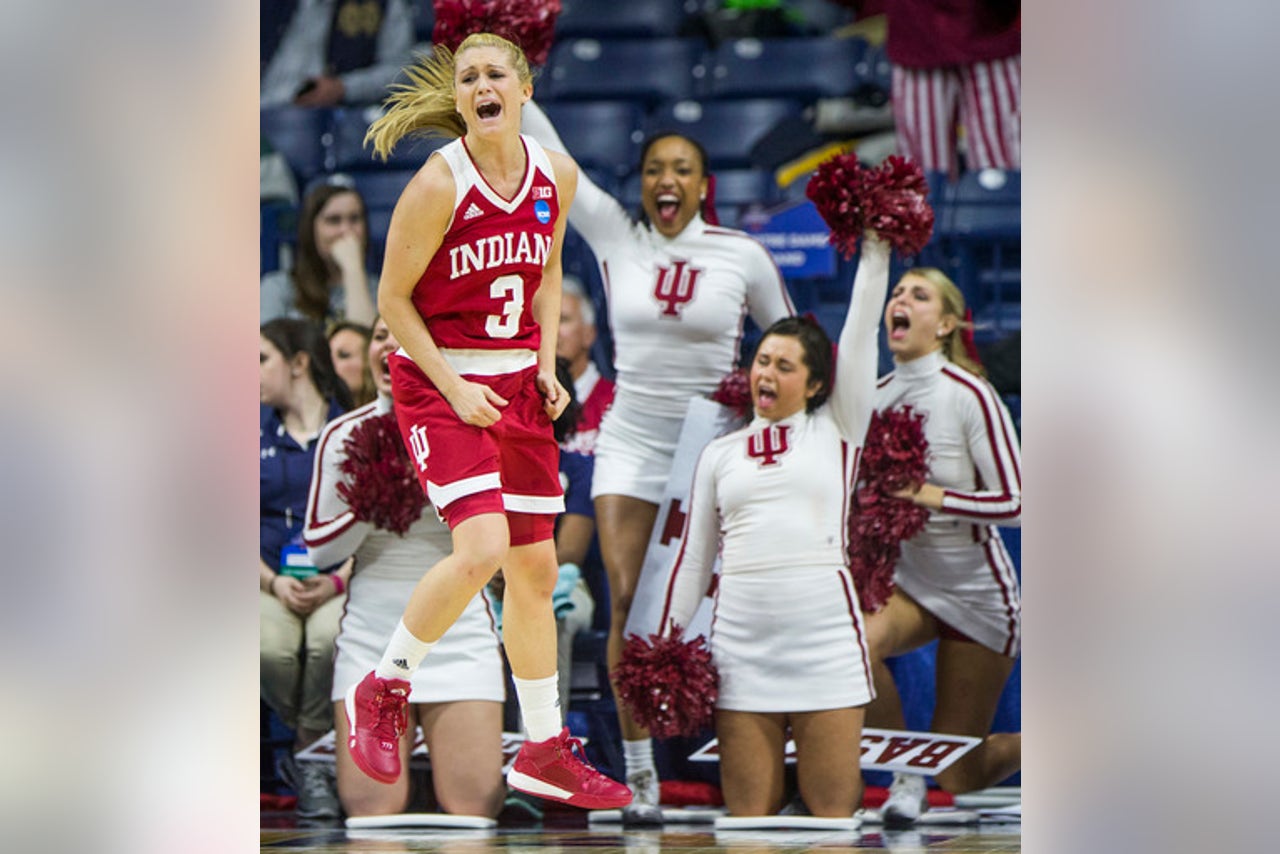 Buss went hard to the hoop time and again to 17 of her game-high 23 points after halftime in leading the No. 9 seed Hoosiers to a 62-58 win over eight-seed Georgia in the first round of the NCAA Tournament.

It was just IU's second NCAA tourney win ever, and first in 33 years.

''This was really extra special for us,'' said Indiana coach Teri Moren. ''This was a gutsy win.''

It was made possible by Buss, who scored 12 straight IU points during a key stretch in the second half as she aggressively erased a 2 for 9 start shooting the ball.

''I was just attacking more,'' Buss said. ''Going through contact and finishing.''

And there was a lot of contact. The Hoosiers shot 26 free throws (hitting 16 of them), not to mention the numerous drives to the basket that ended with Buss sprawled on the floor but with no foul called.

Attack mode is nothing new for Buss, IU's leading scorer at 19 points per game.

''That's just her mentality,'' Moren said. ''She wants the ball in her hands at crucial times and critical possessions.''

Amanda Cahill added 14 for Indiana (21-11), making its first appearance in the tournament since 2002. The Hoosiers' 21 wins match a program-best for a season and earned them a matchup with top-seed Notre Dame on Monday for a trip to the Sweet 16 in Lexington. The Fighting Irish throttled 16-seed North Carolina A&T, 95-61.

Buss played all 40 minutes for Indiana and added seven rebounds and five assists.

Cahill's lefty layup with 45 seconds to go gave Indiana a 59-56 lead and the Hoosiers got the ball back on the other end after an offensive foul was called on Georgia's Haley Clark. Jenn Anderson hit one of two free throws to make it a two-possession game with 35 seconds to go.

Griffin stroked a jumper from just inside the 3-point line with 23 seconds left, but Buss added a free throw on the other end and the Hoosiers denied Griffin a look to tie the game as time wound down. Instead, Marjorie Butler missed a 3 and Alexis Gassion added a free throw to seal IU's win.

''I think they ended up double-teaming me, that's why (Butler) had the open 3,'' Griffin said. ''I think she took the right shot, but just didn't make it at the time.''

Buss scored 12 straight points for Indiana in the second half, and her 3-pointer followed by Karlee McBride's layup pushed IU's lead to 50-44 with 8:33 to play.

''When the game goes on the line, players make plays,'' Georgia coach Joni Taylor said of Buss. ''I think she looked to carry her team and we just kind of got relaxed and didn't do a good job.''

Georgia went with just seven players after losing first team All-SEC selection Shacobia Barbee for the season with a broken bone in her lower left leg on Feb. 21 against Florida. Barbee, who broke the same bone, the distal fibula, in her right leg last season, sat at the end of the bench wearing a bright green cast on her left leg.

Moren mentioned Indiana's men's basketball victory over Kentucky earlier in the day and pointed to the group that shares Assembly Hall as a model of success she hopes her team can eventually achieve.

Indiana: The Hoosiers were one of 15 teams in the country, and the only one in the Big Ten, to go undefeated at home (14-0). Their 20 wins were the most regular season victories in school history. ... Tyra Buss was Indiana's first All-Big Ten first team selection since 2006. ... Head coach Teri Moren was the Big Ten's coach of the year. ... Junior guard Karlee McBride's older sister, Kayla, starred at Notre Dame from 2010-14.

Georgia: The Bulldogs faced Indiana for the fourth time, and third time in the NCAA Tournament, which included a first-round win over the Hoosiers in South Bend in 1983. ... Georgia returned to the tournament after missing last year, which broke a string of 20 straight appearances.