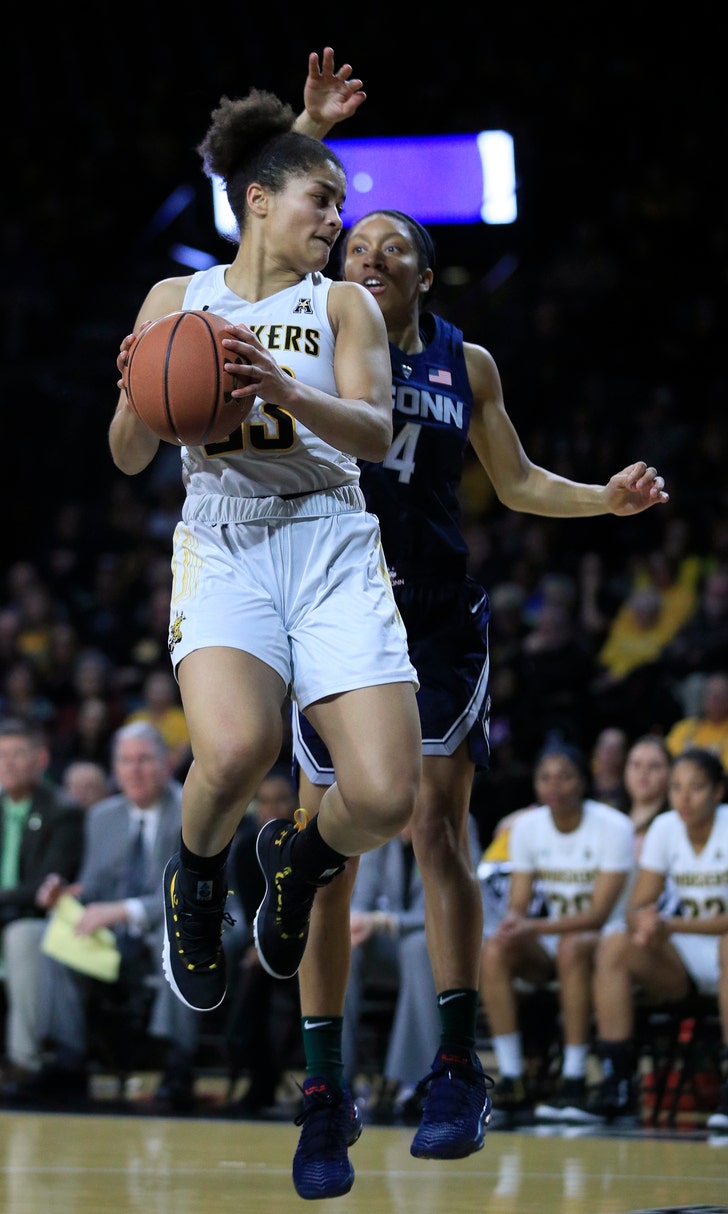 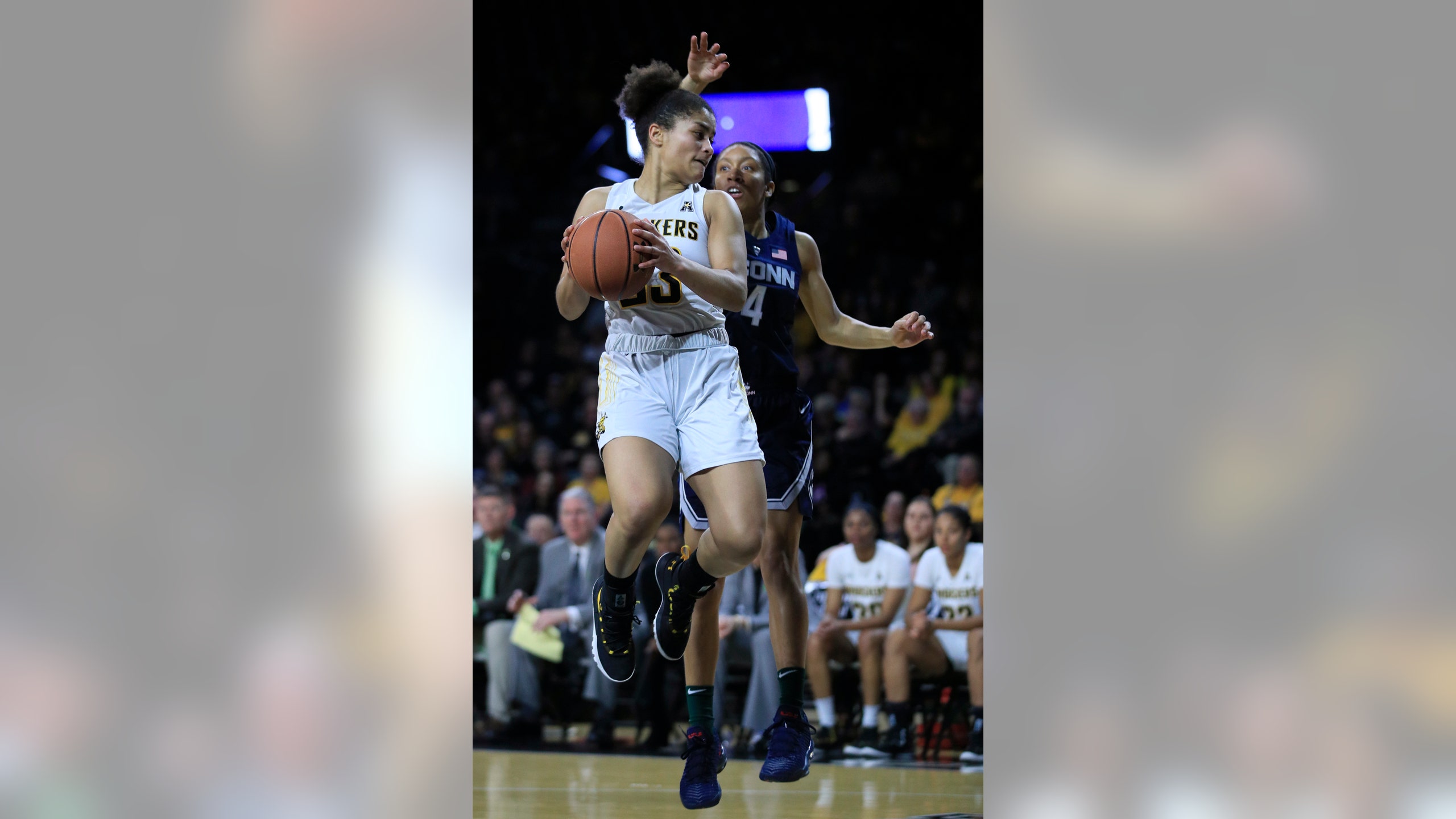 NEW YORK (AP) — With a few weeks left in the regular season, the college women's basketball player of the year race is wide open.

Take your pick. There's a little bit of something for everyone with talented post players, guards and wings.

Usually at this point in the season, there's a clear-cut choice for player of the year. Sometimes it seems as if the top player in the country is almost a forgone conclusion — even before the season starts.

That definitely isn't the case this season.

"I can't remember the last time it was this wide open or there were this many potential serious candidates," ESPN analyst Rebecca Lobo said. "Last year was going to be A'ja Wilson. A couple years ago, it was obviously Stewie (UConn's Breanna Stewart). There are a lot of people who deserve serious consideration. There's a handful of players who all make very compelling arguments why they should win it."

The player of the year will be voted on by the panel that votes in the AP's weekly Top 25 poll, and will be announced at the Final Four in Tampa, Florida.

"I wish you could hold your vote until after the Final Four since you think one of them will rise and carry their team," said Lobo, who votes on the AP poll.

Here's a look at a few potential candidates, in alphabetical order, though there are certainly others out there:

KALANI BROWN: Baylor's senior center has been dominant on both ends of the court. She's averaging 15.5 points, 7.9 rebounds and 1.5 blocks.

"She gets triple-teamed every game," Baylor coach Kim Mulkey said. "Everybody changes their game plan to play against Baylor because of that kid. If Kalani Brown was standing right there and another player in this league, who would you take? She's 6-7. So, I mean, that's my answer, pretty loud and clear."

NAPHEESA COLLIER: UConn's senior forward is part of an exclusive club, becoming one of only five Huskies to reach 2,000 points and 1,000 rebounds. She's also in the top 10 on the all-time blocks list at the school. Collier is averaging 19.6 points, 10.4 rebounds and 3.8 assists this year.

"I said this the other night, that every coach talks about their players as if they're the best players ever," UConn coach Geno Auriemma said. "I don't get caught up in that stuff. (But) there can't be anywhere a player that's playing better or does more for their team than Napheesa Collier does. That's not possible. I haven't seen every game, every week in every conference. There's something about her that's rare — you just don't see it. You don't see it at all."

ASIA DURR: Louisville's senior guard will finish as the school's second all-time leading scorer and has developed other aspects of her game. She's averaging 20.6 points, 3.4 rebounds and 3.2 assists.

"She is a joy to coach and loves the game of basketball and it shows in her work ethic," Louisville coach Jeff Walz said. "She has the ability to score at all three levels — the 3, pull-up jumper and gets to the rim."

MEGAN GUSTAFSON: Iowa's senior center has already left her mark on the Iowa record book as the school's all-time leading scorer and rebounder. She has nearly 2,700 points — more than any man or woman in school history. She's averaging 27.4 points and 13.3 rebounds this season, a year after scoring 25.7 points per game. She has hit 65.5 percent of the shots in her career, even making one of her two 3-point attempts.

"It really is amazing what she has done in back-to-back years," Iowa coach Lisa Bluder said. "When I met with her at the end of last year I said, 'Well, you know you're probably not going to do this again.' And now here she is, proving me wrong. She is doing it again — and she's doing it even better."

SABRINA IONESCU: Oregon's junior guard has shattered every triple-double record in NCAA history. She has seven this season and 17 in her career — plenty more than anyone else. The Ducks are 17-0 in those contests, which include 10 against Power-5 programs. She's averaging 19.4 points, 7.4 rebounds and 8.2 assists this season.

"She means everything to the team and the program quite frankly," Oregon coach Kelly Graves said. "Her competitiveness, her consistency, her willingness to do whatever on any given night and sometimes everything on some nights is what sets her apart."

"She's the face of our program," Notre Dame coach Muffet McGraw said. "When you look at what she has done for us over the past four years, it's been fun to watch her grow. When she gets the ball in transition, she's so exciting. She's taught me a lot of things about being fearless and letting things go."

ALANNA SMITH: Stanford's senior forward was the first international recruit ever for the Cardinal women's program. She likely won't be the last with the contributions she made. She's averaging 20.3 points, 6.0 rebounds and 2.5 blocks. She's also hit 41 percent of her 3-point attempts.

"She's just been great," Stanford coach Tara VanDerveer said. "What I'm most proud of is how much, No. 1, Alanna has improved her skill set and her toughness. She's a warrior out there. ... I love her leadership."