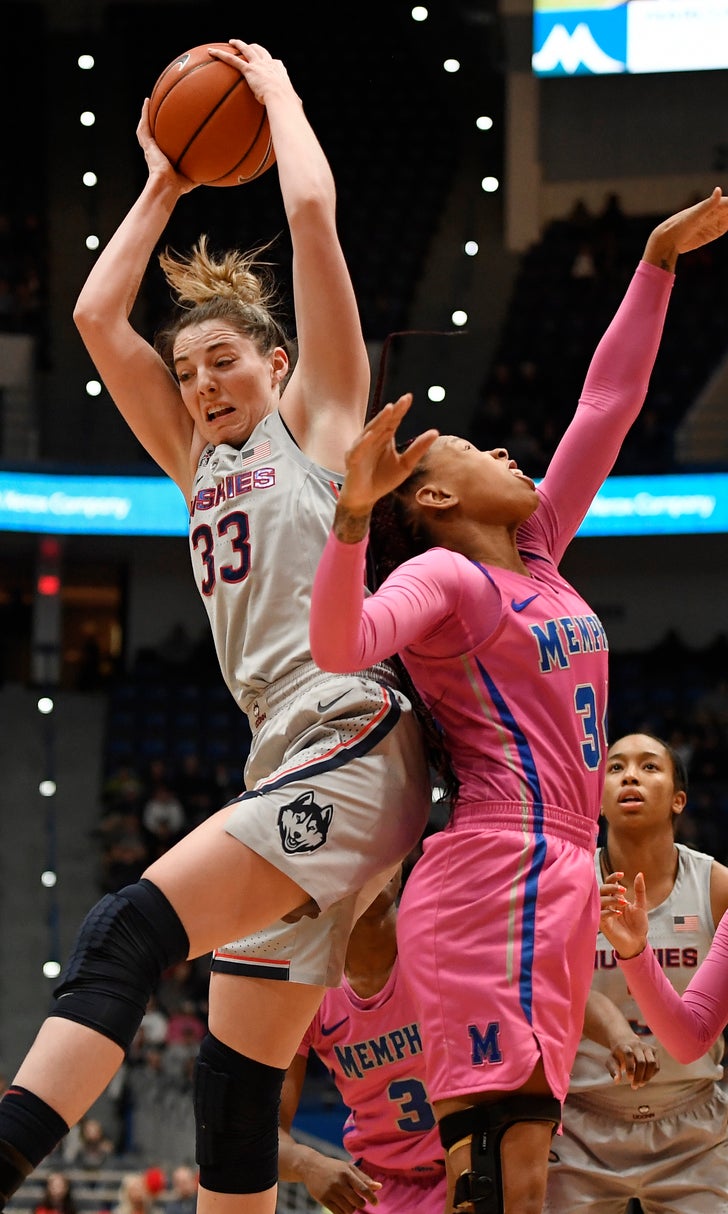 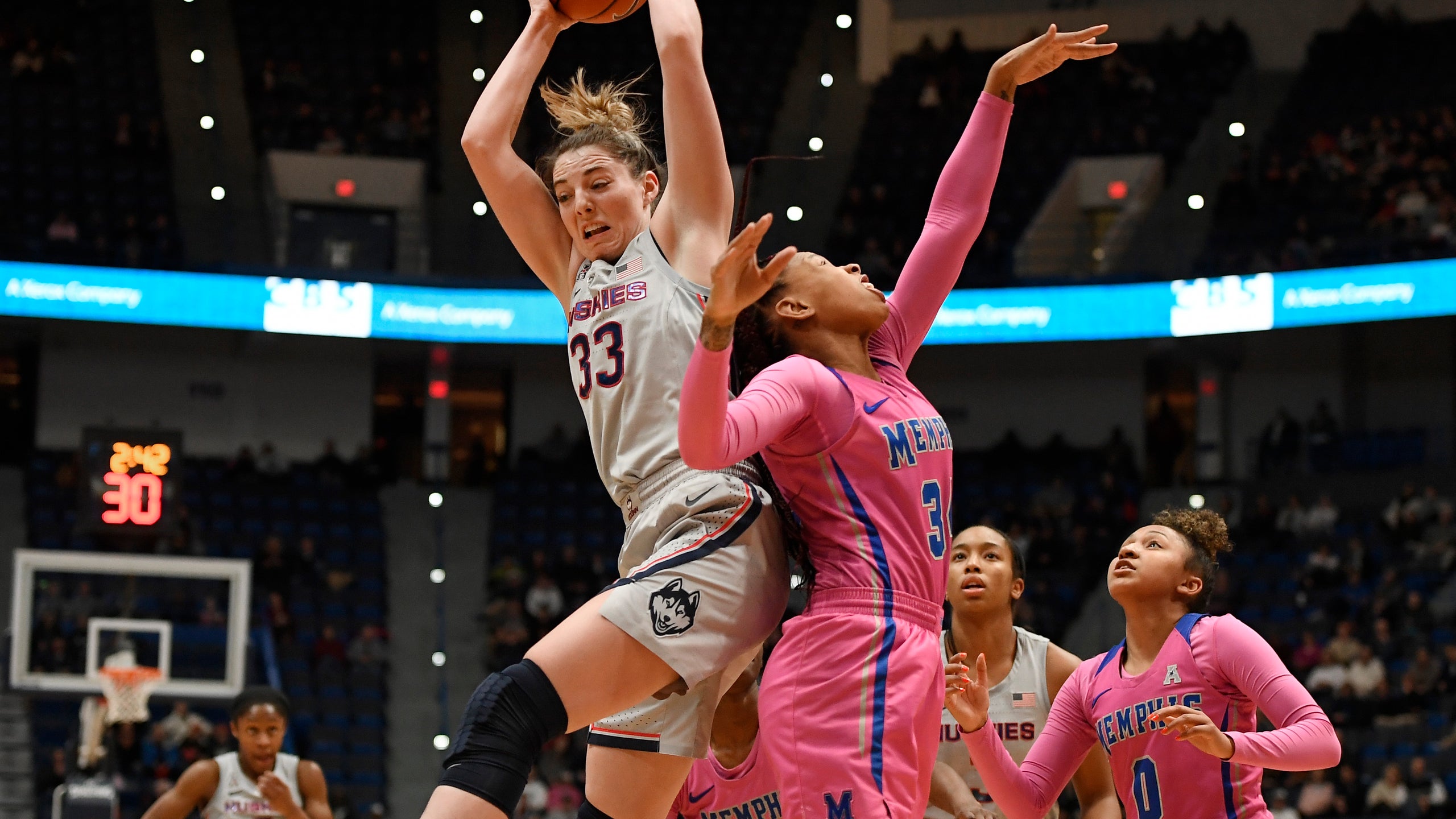 Samuelson’s 32 points lead No. 3 UConn to rout of Memphis

HARTFORD, Conn. (AP) — There is not much UConn All-American Katie Lou Samuelson can't do, and that apparently that includes coaching the Huskies.

Samuelson scored a season-high 32 points, grabbed 10 rebounds and dished out seven assists as No. 3 UConn routed Memphis 102-45 on Wednesday to remain unbeaten in six seasons of American Athletic Conference play.

She also asked coach Geno Auriemma if she could run the huddle during a fourth-quarter timeout with UConn's second unit on the floor.

"She loves that kind of stuff," Auriemma said. "So, why not let her have some fun out there."

Samuelson was impressed by how her fellow Huskies responded to what she drew up.

"They did execute," she said. "Memphis played it a little differently, but they adjusted and went off of it. I think they did really good."

Napheesa Collier added 22 points and 12 rebounds for the Huskies (24-2, 12-0 American), who improved to 10-0 against the overmatched Tigers. It was her 15th double-double of the season and 39th of her career.

Samuelson has seven career double-doubles, six of them this season.

"There's two kinds of rebounders," UConn coach Geno Auriemma said. "There's what I call the accidental rebounder, where the ball lands in their hands because they happen to be standing in the right spot. Then, there's those guys that go get rebounds. Tonight, she just went and got 'em."

Crystal Dangerfield added 15 points and eight assists for the Huskies, who shot 55 percent from the floor and 52 percent from behind the arc (14 of 27).

Samuelson, who didn't have a field goal in the Huskies win on Sunday over UCF, opened the scoring in this one with 3-pointers from each side of the baseline and UConn never trailed. She hit her first four shots from behind the arc, and had 14 points in the first quarter as the Huskies opened up a 36-19 lead.

Samuelson and Collier combined for 45 of UConn's 62 first-half points. The Huskies led by 35 at the half and 44 after three quarters.

Samuelson, who also had seven assists, hit 11 of her 19 shots from the floor, including 8 of 11 from 3-point range.

"We did have a plan," said Memphis coach Melissa McFerrin. "We just recognized too late where she was. In our transition defense, we were so focused on the ball that we didn't recognize that she was behind our head and we were two steps late getting there."

The Huskies also dominated underneath, outrebounding Memphis 55-29 and outscoring them 44-12 in the paint.

Memphis: Alana Davis came into the game in averaging 12.5 points and eight rebounds a game. The sophomore, who has nine double-doubles this season, was held to two points and three rebounds.

UConn: UConn would secure at least a share of another American Athletic Conference regular-season title win a win in its next game at Tulsa. The Huskies have won all 98 regular-season conference games since the league was formed and all five conference tournaments.

Napheesa Collier has scored in double digits in every game this season and on Wednesday started her 100th consecutive game. It was also the final game at the XL Center for her and Samuelson. They finish their careers 24-0 in Hartford.

"It really does go by so fast," Collier said. "I can't believe that it's already this time."

UConn has scored at least 80 points in all 10 games the Huskies have played against Memphis, and the Tigers have not scored more than 49 points in any of those games.

Memphis: The Tigers return home to face Houston on Sunday.

UConn: The Huskies play three of their final four regular-season games on the road, beginning with a two-game trip to Tulsa on Sunday and Wichita State on Feb. 26.