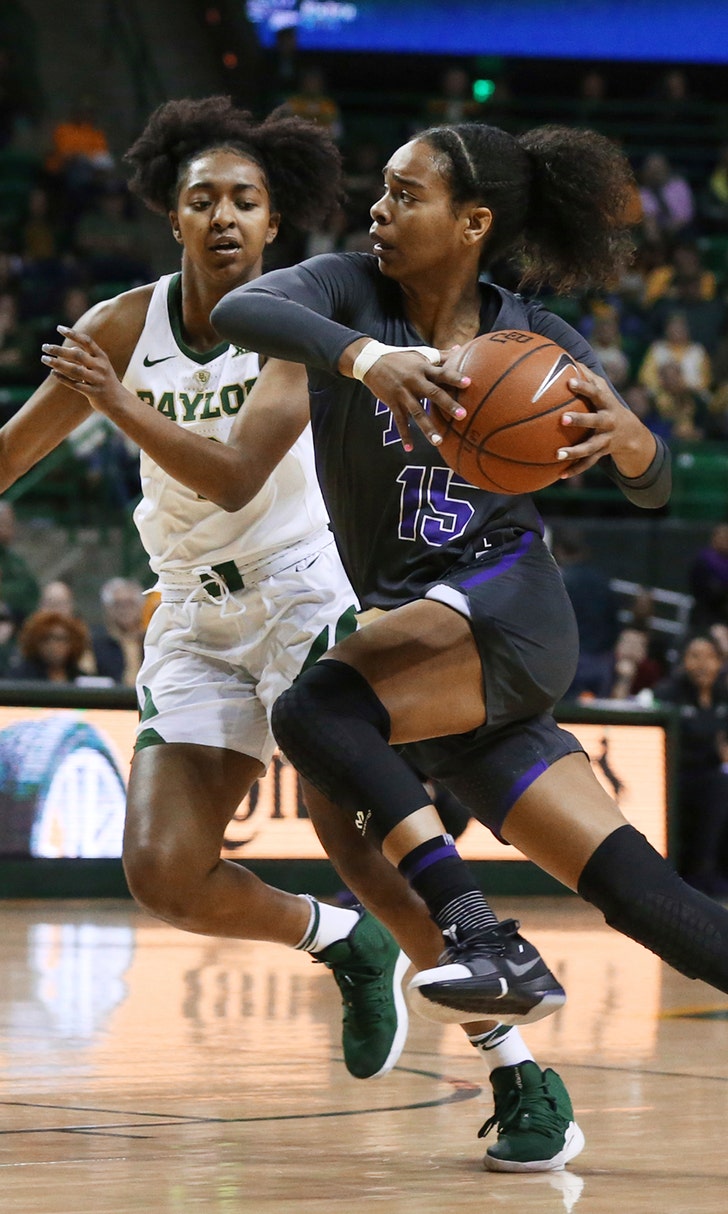 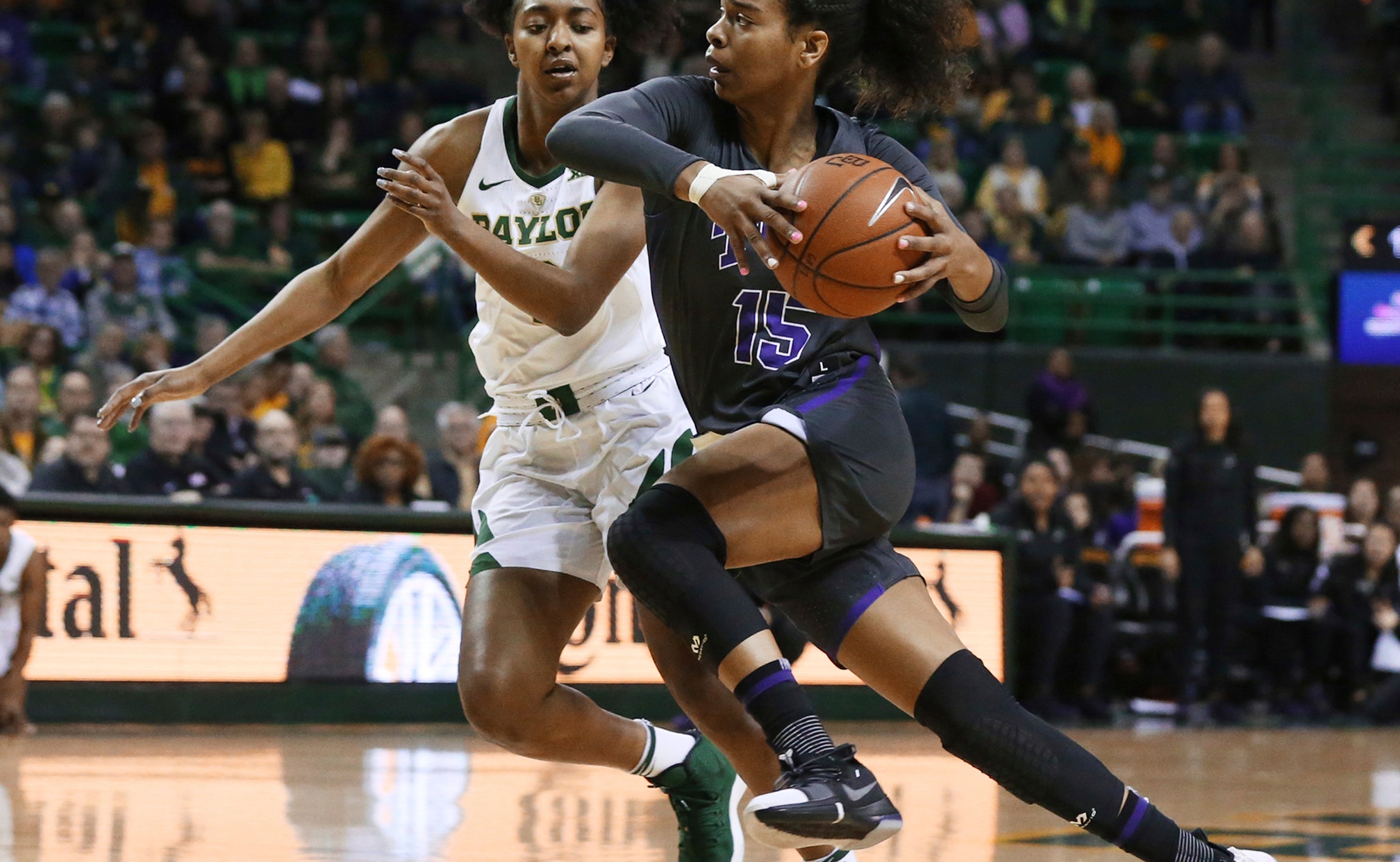 WACO, Texas (AP) — Kalani Brown had some key stretches for No. 1 Baylor while scoring a season-high 32 points.

Brown finished 11-of-12 shooting and made all 10 of her free throws, including two quick five-point efforts as the Lady Bears stretched their Big 12 winning streak to 34 in a row with an 89-71 victory over TCU on Saturday.

"When I get an and-one, it sparks a lot of energy," Brown said. "Just trying to change the momentum back on our side. I think I did a good job on that."

TCU (17-6, 7-5 Big 12) tied the game at 18-all with just over a minute left in the first quarter when Amy Okonkwo hit her fourth consecutive 3-pointer, shouting out while pumping her first as the shot went in. But Brown put the Lady Bears (21-1, 11-0) ahead to stay with a layup and then added a three-point play before the first quarter ended.

After Brown had a steal and offensive rebound to open the second half, the 6-foot-7 preseason All-American had another three-point play and then two more free throws in the first minute to make it 43-31. Baylor led by double-digits the rest of the game.

Lauren Cox had 18 points, eight rebounds and five assists for the Lady Bears, who outscored TCU 58-26 in the paint and shot 64.8 percent (35 of 54) overall. Juicy Landrum added 11 points and DiDi Richards had 10.

"What makes Kalani Brown so good is Lauren Cox," TCU coach Raegan Pebley said. "Stretching defense a little bit makes it difficult to pull a double. (Cox) gets the ball in a spot that all (Brown) she has to do is finish it."

Okonkwo had 28 points for the Frogs, including three 3s in the first 3:37 of the game for a 9-6 lead, their largest. Jayde Woods added 10 points.

"I think there's a lot that is in our favor," Pebley said about a potential NCAA Tournament berth. "Good momentum those last 10 games really important for the committee. ... I feel like our team is in great position right now. Important stretch, though, coming up."

Baylor had 30 assists on its 35 made field goals. The Lady Bears entered the game as the nation's best with 23.2 assists per game, with assists on 71 percent of their field goals.

"We've been doing that all year. We don't harp on it," coach Kim Mulkey said.

Cox had five assists, including a couple on Brown baskets and a sharp pass to Richards on a backdoor cut in the fourth quarter.

"I take a lot of pride in it," the 6-4 Cox said of her passing. "I think a lot of it is I can see over the defense and see the cutters and elevate if I have to and make that pass."