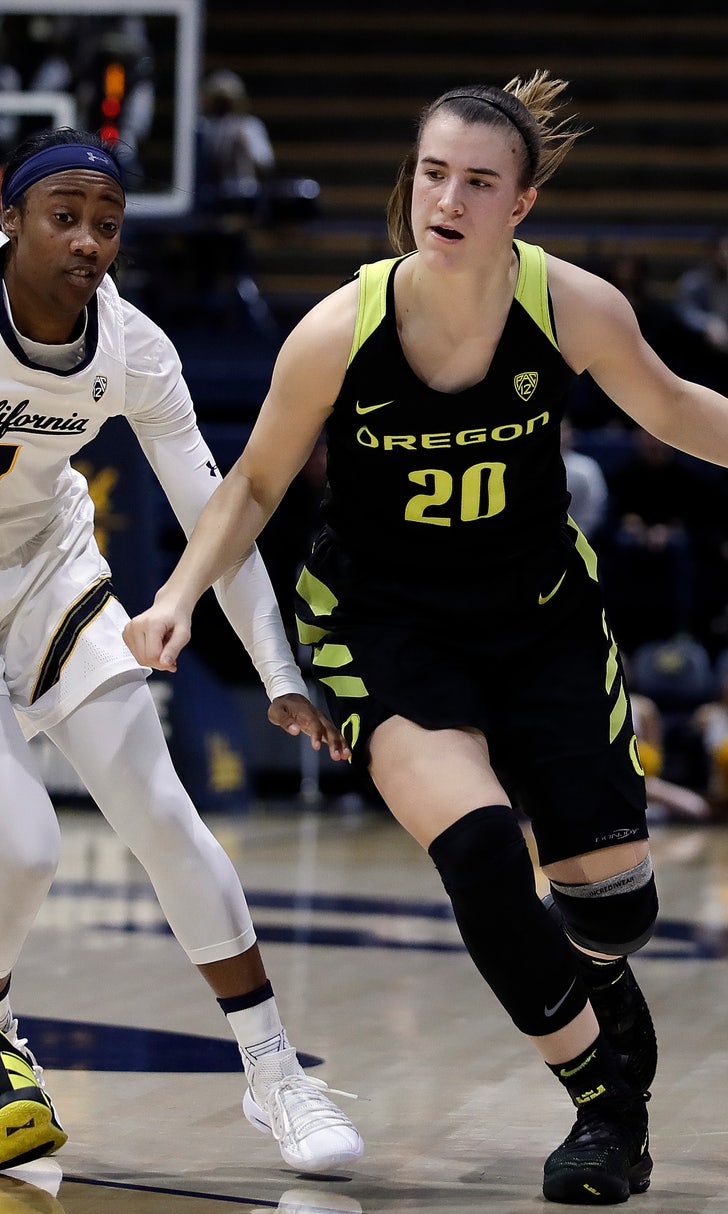 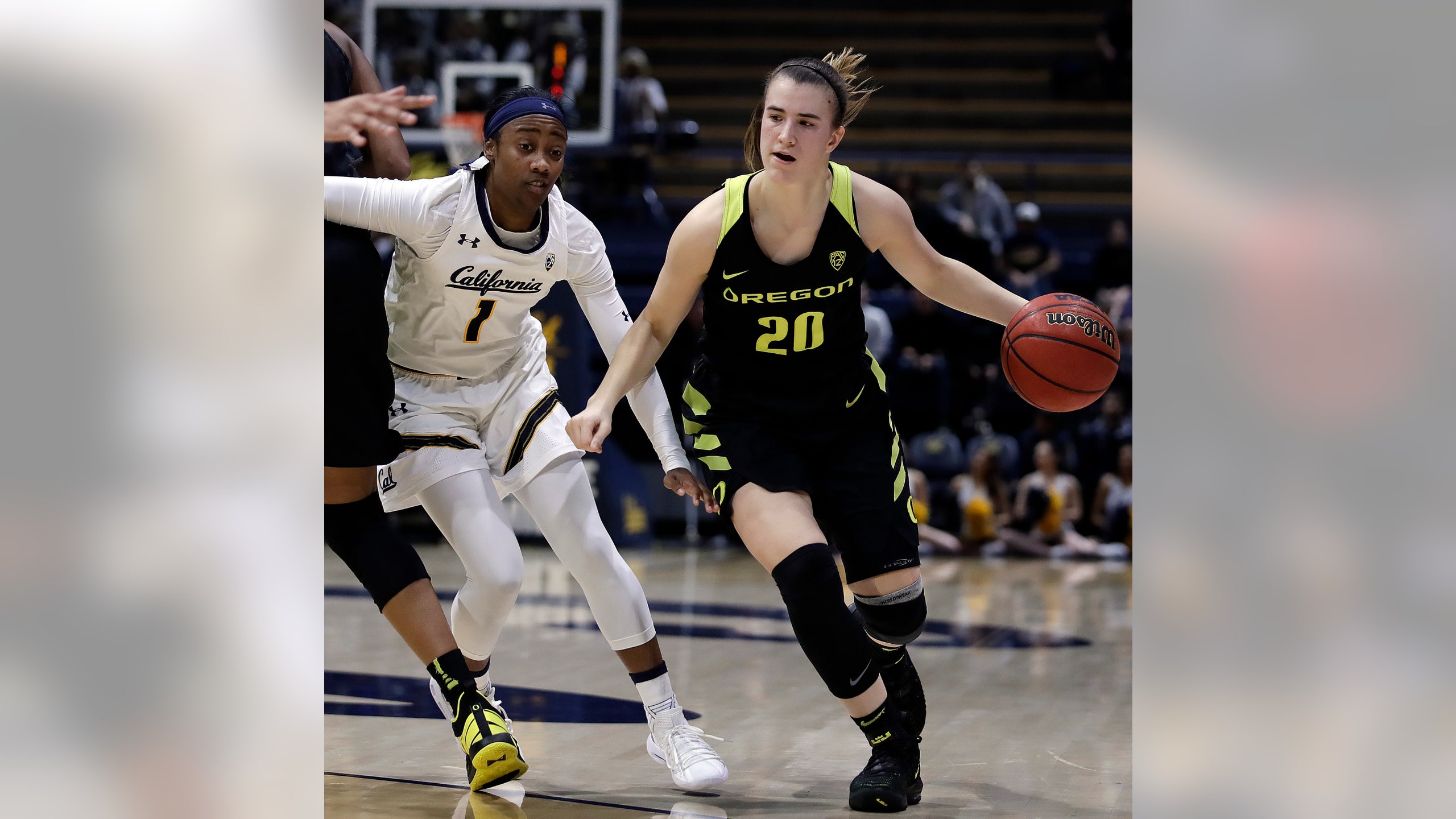 BERKELEY, Calif. (AP) — Sabrina Ionescu once again made the most of her homecoming.

Ionescu scored 27 points in her return to the Bay Area to help No. 3 Oregon extend the longest active winning streak in the nation to 15 games with a 105-82 victory over California on Friday night.

Ionescu got the Ducks (22-1, 11-0 Pac-12) off to a fast start with nine points in the opening four minutes to take a 14-1 lead, and Oregon broke open a close game late in the first half to roll to yet another victory. Ionescu, who grew up in nearby Walnut Creek, hit a buzzer-beating 3-pointer in a 69-66 victory in her only previous visit to Cal in 2017.

"I do," she said when asked if she feels at home at Haas Pavilion. "Especially with all my family, my friends, my high school teachers. It's definitely a home environment. But Matt Knight Arena is home. This isn't home."

Satou Sabally led Oregon with 31 points and Maite Cazorla added 17 in her school record 131st career game to move the Ducks two games ahead of Oregon State and Stanford in the Pac-12 race.

Kristine Anigwe had 23 points and 18 rebounds to extend her streak of posting a double-double in every game this season as part of a record-setting night for the Golden Bears (14-8, 5-6). She hit a free throw for Cal's first point to give her 2,321 career points, breaking the mark held by Colleen Galloway for the most ever by a man or woman in school history.

"I haven't really sat and thought about breaking the school record," Anigwe said. "But I'm really grateful for my family, teammates and my coaches because I wouldn't be here without them."

The Ducks scored the first 12 points of the game behind seven points from Ionescu, but Cal managed to erase that deficit and take the lead midway through the second quarter. But Oregon then went on an 11-0 run late in the first half, capped by a layup from Ionescu, and led 44-36 at the break.

"Offensively we got off to such a good start and it appeared like it would be easy. It never is of course," Oregon coach Kelly Graves said. "I thought the last couple minutes of the first half were huge. We regained momentum."

Oregon: The Ducks came into the game with the nation's most efficient offense, averaging 89.6 points per game on 52.1 percent shooting. They lived up to the billing with their highest scoring game in conference play. They shot 60 percent against Cal, making 14 of 23 from 3-point range and committing just five turnovers.

"They made us pay every single time we did something wrong and they make you pay sometimes when you do it right," Cal coach Lindsay Gottlieb said.

California: The Bears are in the midst of a stretch of four straight games against teams ranked in the top 10 at the time of the matchup. They managed to split a home and home with No. 8 Stanford last week, but fell short against the Ducks in their attempt to beat a top three team for the first time in more than 10 years.

Oregon: Visit No. 11 Stanford on Sunday.