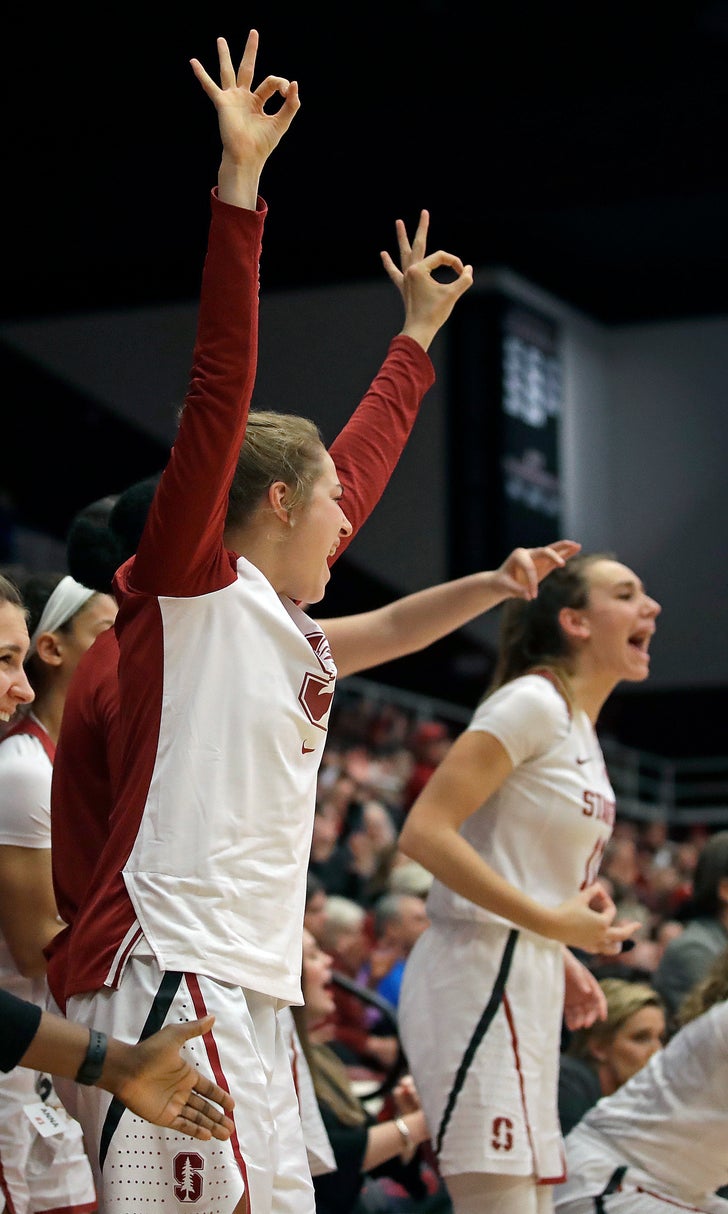 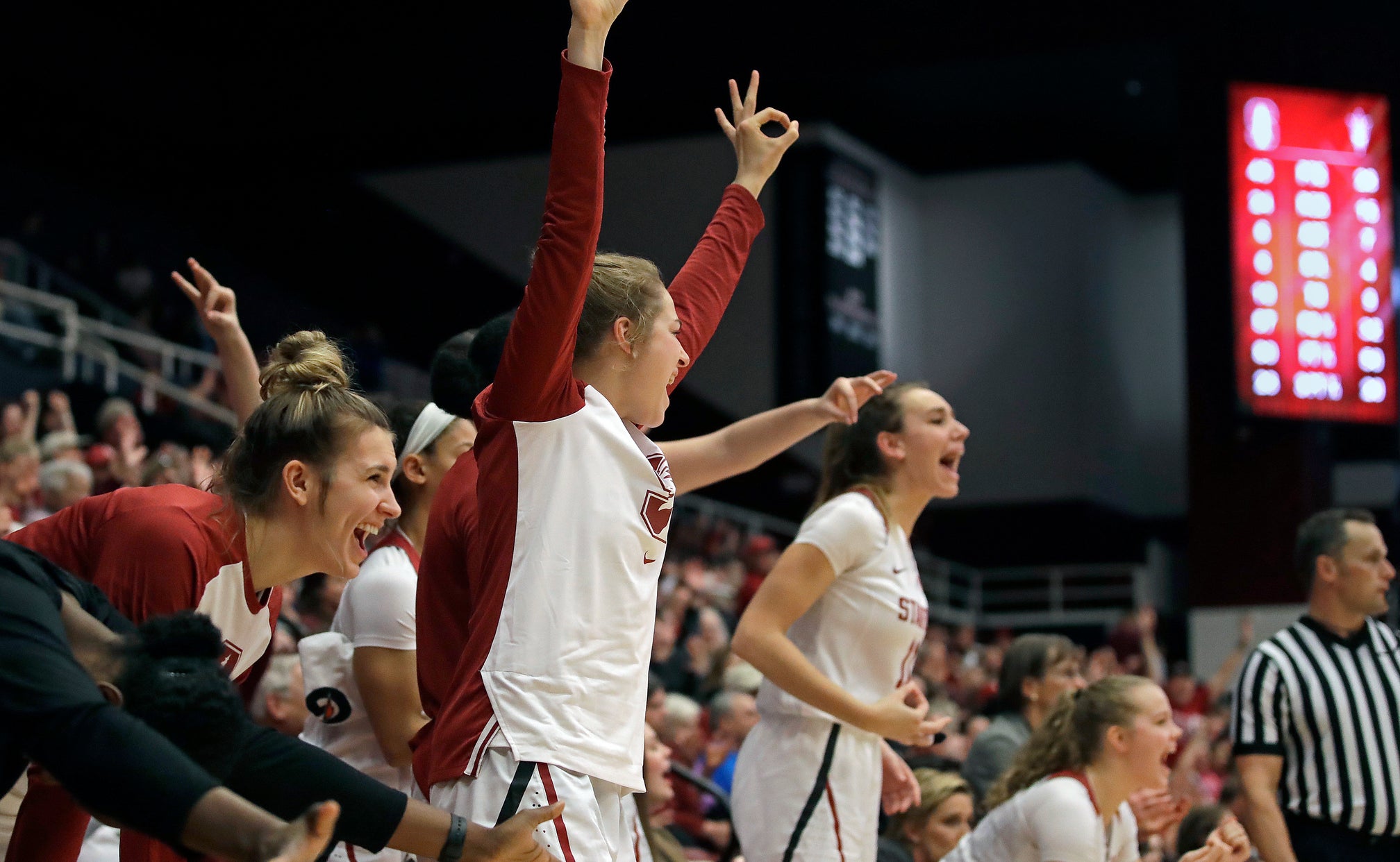 STANFORD, Calif. (AP) — Alanna Smith stayed long after the final buzzer to express gratitude to all of the Stanford supporters who contributed so much to her spectacular career across the world from her Australian home.

Smith went out with 14 points in her final regular-season home game, Kiana Williams scored 15 points, and No. 7 Stanford pulled away in the second half to beat 17th-ranked Arizona State 71-50 on Sunday for a four-game winning streak in the rivalry.

"You never really know until you're actually in the position as a senior how emotional it can be and how special it is," Smith said. "I'm really grateful to be here and have the opportunity to play my last home game as a senior at Stanford."

DiJonai Carrington added 13 points and eight rebounds and freshman Lexie Hull provided a nice lift off the bench with 11 points as the Cardinal (23-4, 13-3 Pac-12) closed their home schedule.

Stanford leading scorer Smith, who came in averaging 20.3 points, bounced back from a slow start and foul trouble to shoot 5 of 9 in her final scheduled game at Maples Pavilion. She left to a roaring ovation with 1:55 remaining.

"She's just been great," VanDerveer said. "What I'm most proud of how much No. 1 Alanna has improved her skill set and her toughness. She's a warrior out there. ... I love her leadership."

Courtney Ekmark scored 10 points going 1 of 7 from the floor as the lone double-figures scorer for cold-shooting Arizona State (18-8, 9-6), which had its five-game winning streak snapped with a 69-60 defeat at California on Friday night. The Sun Devils dropped consecutive games for the first time all season. They lost junior forward Jamie Ruden to a thumb injury during a walk-through practice ahead of Sunday's game.

"I just said I had no words for our team based on our performance this weekend," ASU coach Charli Turner Thorne said of what she told her team. "... We did not execute our game plan at all offensively, we were very impatient. We did it Friday night. Our offense hasn't been as productive as we want it to be."

Reili Richardson and Ekmark were the only players to score in double digits Friday as the Sun Devils were outscored 44-28 in the second half.

At least one of the teams has been ranked for each matchup since 2013-14 and this marked the 11th time in the last 14 meetings both were in the AP Top 25.

On Sunday, the Sun Devils started 3 for 12 to Stanford's 6 of 9 but ASU tied it at 14 after one quarter. Then Stanford answered with an 8-0 run midway through the second as ASU went nearly 5 1/2 minutes without scoring and missed five straight field goals to fall behind 29-22 at the break.

"This is a real gut check for our team in many ways," Turner Thorne said.

This also marked the third game this season a team has shot 60 percent or better against a ranked team: Iowa went 63 percent vs. No. 23 Minnesota on Jan. 14 and UConn shot 60.6 percent against No. 16 DePaul on Nov. 28.

Smith sang to the Australian national anthem played in her honor before the Star-Spangled Banner.

In addition, VanDerveer recognized the Arizona State seniors by presenting each woman with a rose during pregame introductions.

After the game, Stanford honored its seniors in an on-court ceremony for Shannon Coffee, Smith, Marta Sniezek and their families.

Stanford: Stanford committed eight first-half turnovers and 16 in all. ... The Cardinal were the Pac-12's lone unbeaten team at home last season in conference play and wrapped up this season at 13-1 in Maples Pavilion, where they are expected to host the first and second rounds of the NCAA Tournament next month. ... Stanford is 34-3 all-time vs. Arizona State at home.

Stanford: At Washington State on Friday night to begin the final weekend of Pac-12 play.