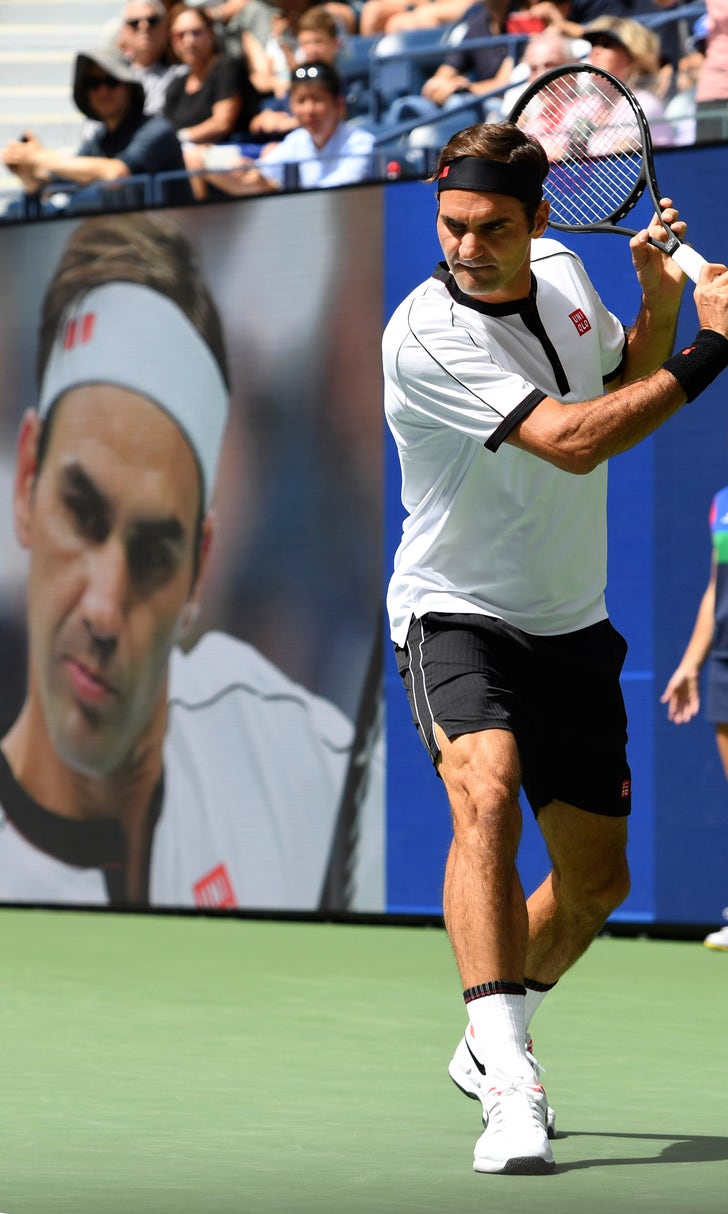 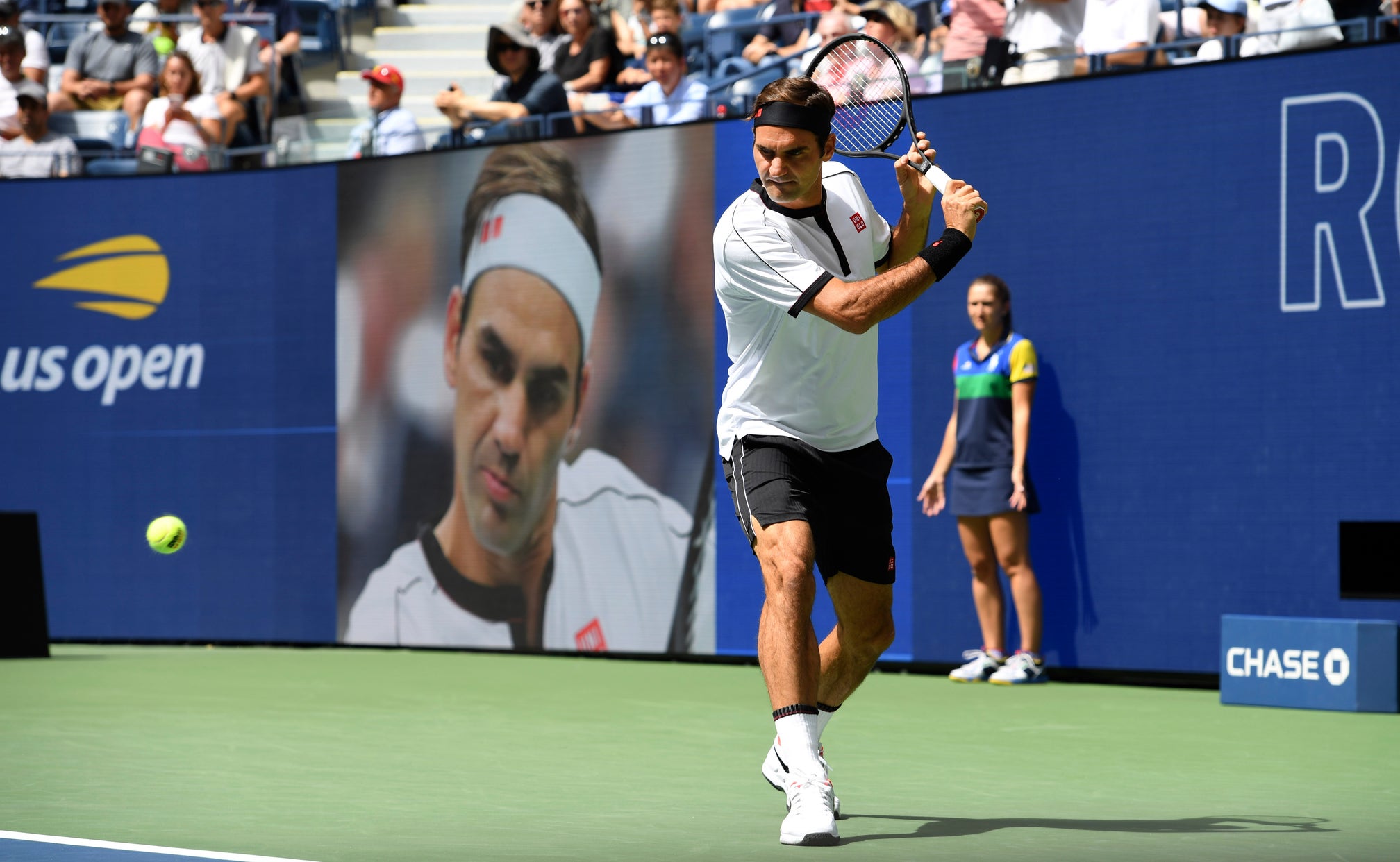 Roger Federer's potential path to the U.S. Open final no longer includes nemesis Novak Djokovic — or anyone else who ever has beaten him on a hard court, for that matter. Federer is 26-0 on that surface against the players left on his half of the bracket. The next step for the five-time champion at Flushing Meadows is a quarterfinal against unseeded Grigor Dimitrov. The other men's quarterfinal on Day 9 of the Grand Slam tournament is No. 5 Daniil Medvedev against No. 23 Stan Wawrinka, who advanced when defending champion and No. 1 seed Djokovic retired from their fourth-round match because of a painful left shoulder. Federer is 6-0 against Dimitrov on hard courts and, should he move on, would bring unbeaten records on the surface into a semifinal against either Wawrinka (17-0) or Medvedev (3-0). The 38-year-old Federer is trying to become the oldest Grand Slam semifinalist since Jimmy Connors was 39 during his 1991 run at the U.S. Open; No. 78 Dimitrov is trying to become the lowest-ranked semifinalist in New York since Connors was No. 174 that year. Wawrinka, who won the 2016 U.S. Open, faces maybe the most in-form player on tour at the moment in Medvedev, who leads the ATP with 48 wins and is 9-0 in quarterfinals this year. Serena Williams tries to get back to the semifinals when she plays first-time quarterfinalist Wang Qiang, while No. 5 Elina Svitolina meets No. 16 Johanna Konta.

42 — Years since the last time a man from Italy reached the quarterfinals at the U.S. Open; Matteo Berrettini is the first to do so since Corrado Barazzutti in 1977.

"I honestly didn't move well today. You know what I mean? I felt like I was always flat-footed." — Defending champion and No. 1 seed Naomi Osaka, who was hampered by her left knee in her loss to Belinda Bencic.