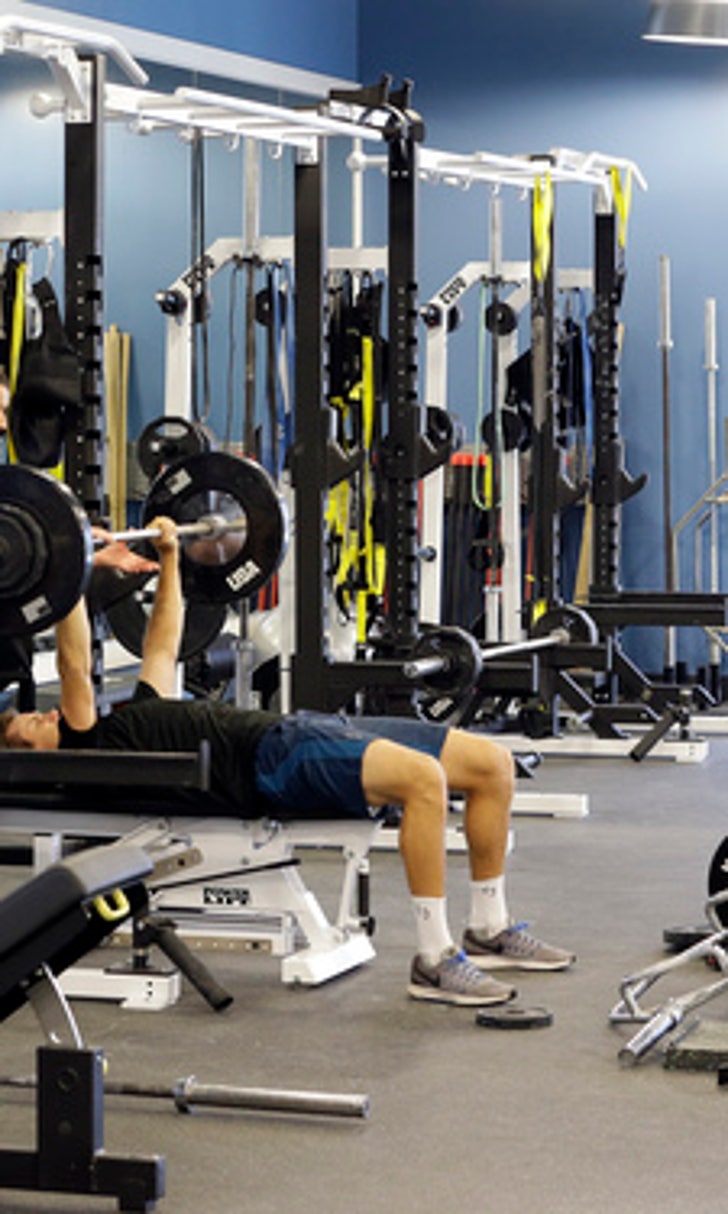 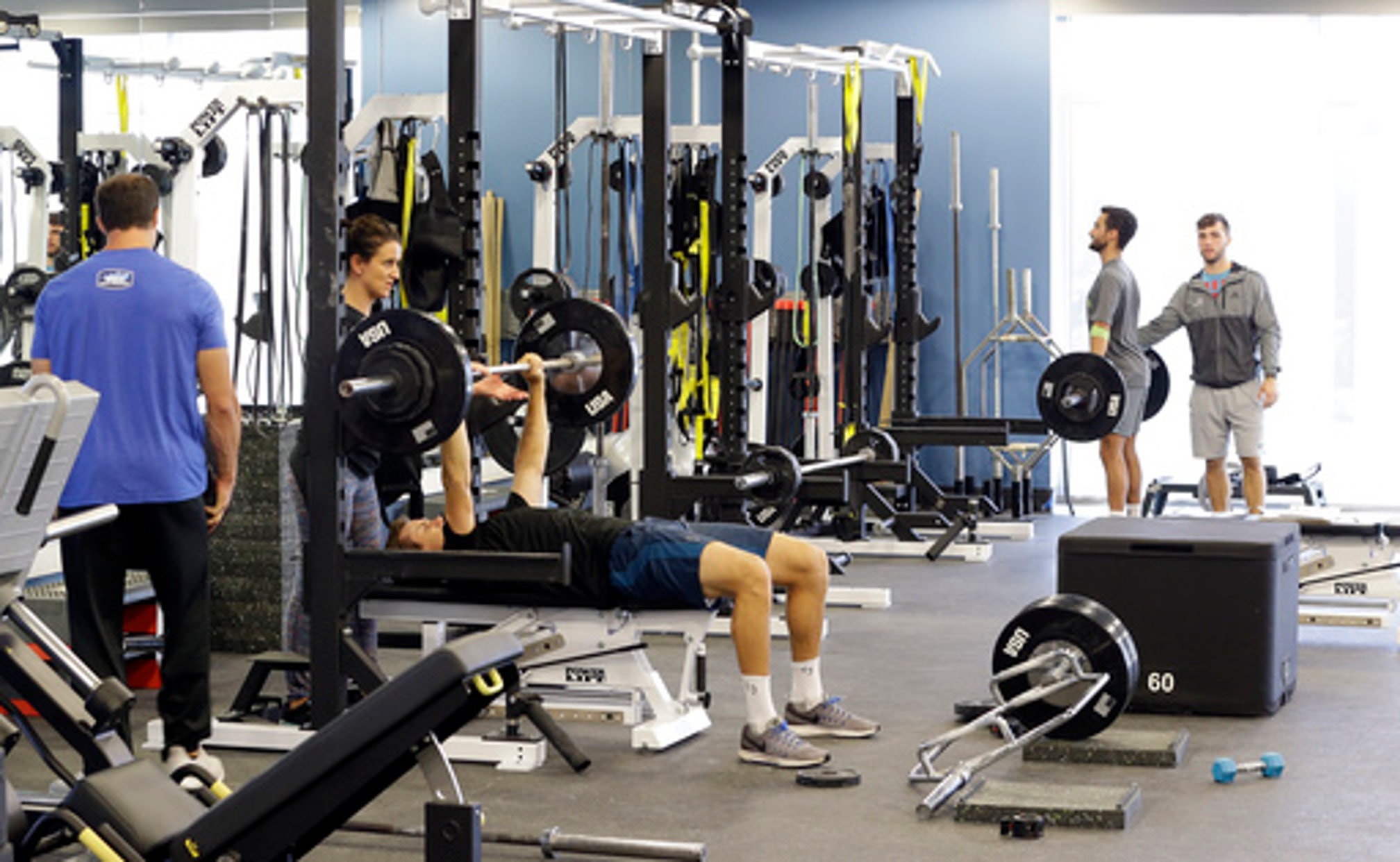 US aims to groom tennis champs at national campus in Florida

ORLANDO, Fla. (AP) Drive past the strip malls with their fast-food chains, past the fast-rising McMansions, past the palm trees lined up just so along green, green grass about 25 miles east of Walt Disney World, and eventually a sign arises, announcing in capital letters, ''USTA National Campus, the home of American tennis.''

Welcome to the 65-acre, 100-court complex that opened a year ago and represents so much to so many folks invested in the sport in the United States.

It's where professional players, including U.S. Open runner-up Madison Keys, carried out preseason preparations with an eye on the Australian Open. On Thursday, Keys won to reach the third round in Melbourne; so did 97th-ranked Tennys Sandgren , who upset 2014 champion Stan Wawrinka. On a sunny morning back in December, Keys and Sandgren practiced a few courts away from each other, a ''Team USA'' label on a nearby campus fence.

It's also where Keys and others train in-season. And where promising junior players are sent so the USTA can try to groom America's future tennis champions with a group of coaches that includes Ivan Lendl. The hope is to repeat results such as at last year's U.S. Open, when all four women's semifinalists were from the host nation for the first time in 36 years, or the trio of all-American girls finals at junior Grand Slam events in 2017 - and avoid days such as Monday at the Australian Open, when U.S. women went 1-9 .

As for the men, no one from the U.S., a nation that produced Bill Tilden and Pete Sampras and so many giants of the game, has won a major singles title since 2003, a record gap.

''There is a huge sense of urgency about developing American champions,'' said Martin Blackman, general manager of player development for the U.S. Tennis Association since 2015.

''We want to create kind of an American identity,'' Blackman said. ''When we're talking to juniors or college players or the pros, we're usually talking about American champions who epitomized certain qualities, whether it was John McEnroe or Jimmy Connors or Chris Evert or Serena Williams. We really want today's players to feel like there's a sense of heritage or legacy.''

The campus is an offshoot of USTA efforts that began nearly a decade ago with devising a unified coaching philosophy and creating a network of junior development camps.

As he spoke, Blackman's voice reverberated through a hangar housing six indoor courts. Nearby, there are six red-clay courts, fashioned from 450 tons of crushed brick shipped from Italy. There are eight DecoTurf hard courts like those used at the U.S. Open, 32 Plexicushion hard courts, 32 Har-Tru green-clay courts, and 16 smaller hard courts for use by the dozens of children who tote racket bags as big as their bodies to after-school lessons.

Courts have lights and live streaming. Some have PlaySight camera-and-kiosk systems for video replays and statistics.

And that's merely part of what is available around the grounds that were ''pretty much farmland'' before groundbreaking in April 2015, when cows and gopher tortoises were moved out of harm's way, according to campus chief executive Kurt Kamperman.

College matches, with plans to host the NCAA tournament starting next year. USTA Pro Circuit tournaments. Wheelchair tennis. Lessons and competition for all ages. Public courts that go for about $12 per hour.

Keys and some other pros now live in the area.

''Anything you can think of, it's pretty much here,'' said Frances Tiafoe, a top-100 player who will turn 20 on Saturday and pushed Roger Federer to five sets at the U.S. Open in September. ''There's a full team here, for sure.''

A director of performance, Brent Salazar, who was the strength and conditioning coach for the NFL's Minnesota Vikings. Nutritionists. A ''mental skills specialist.'' Equipment advisers. Video analysis and analytics (information about opponents is only made available before matches against non-Americans).

Consider it, at least in part, an attempt to create a larger version of what Nick Bollettieri built years ago at his star-making tennis academy in Florida, where Blackman trained as a junior alongside eventual Grand Slam champions Andre Agassi and Jim Courier.

''I'm a big believer in the cluster effect. I came up in a generation that did well using that strategy,'' said U.S. Davis Cup captain Courier, who lives near the campus and drops by every so often. ''American tennis doesn't have the dominant position that we had in the `70s and `80s in the rankings. ... Now we feel like we have something to prove, and I think this facility can help our players achieve that.''