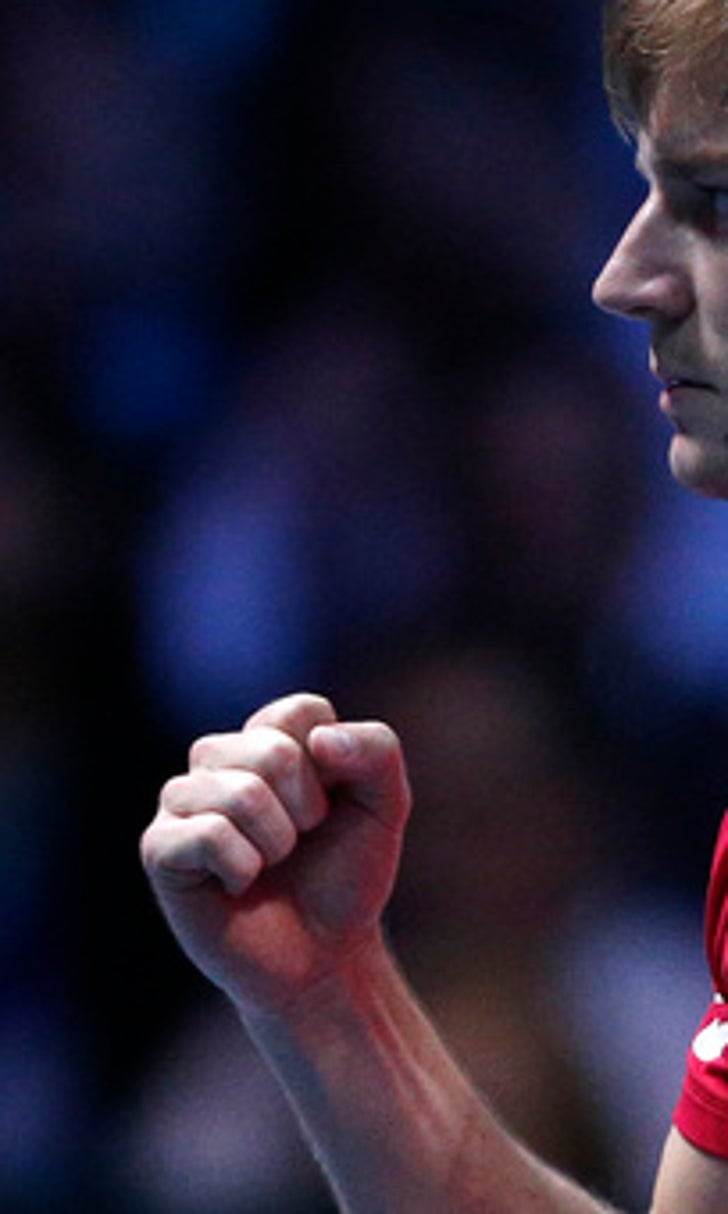 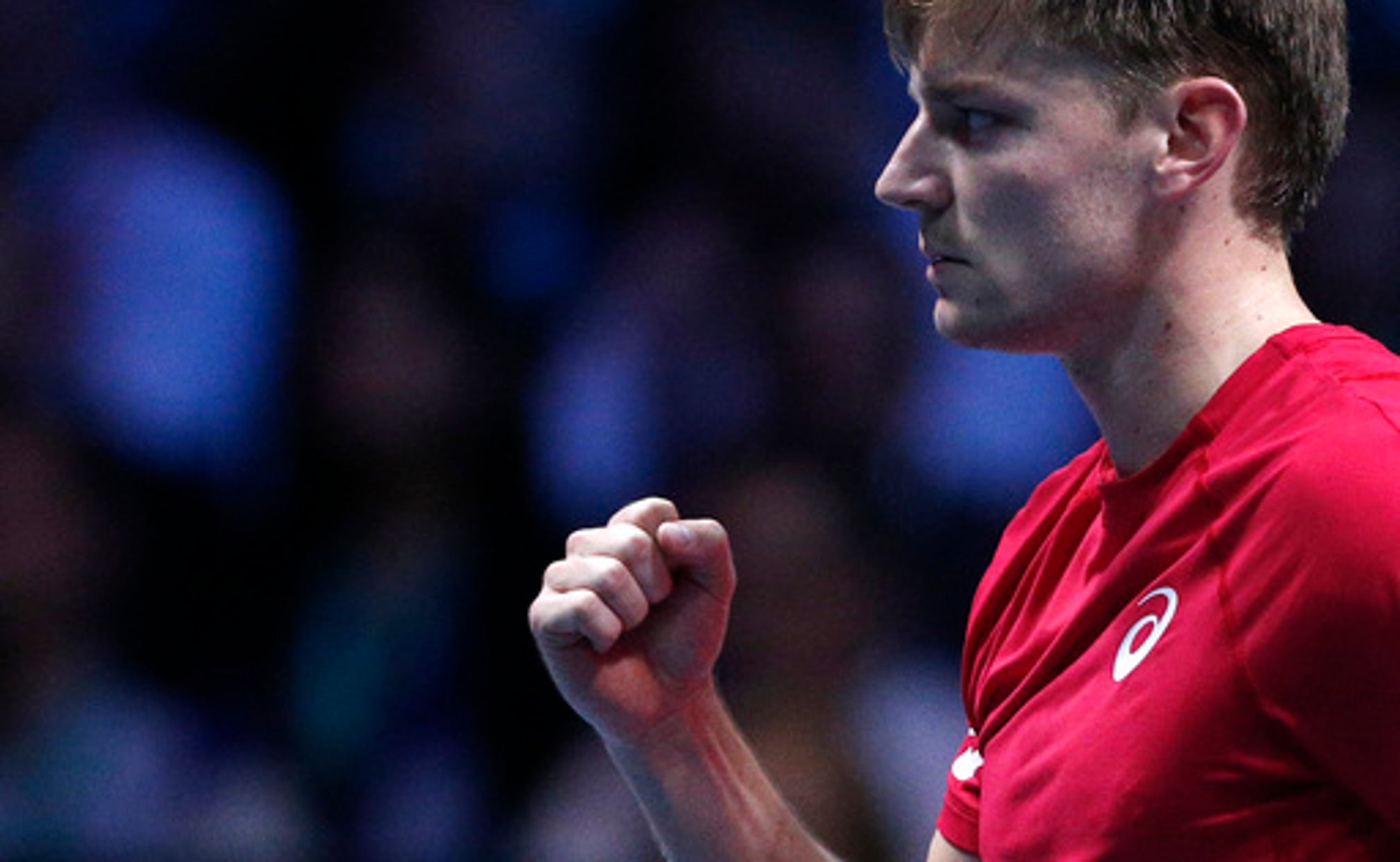 Tsonga levels for France in Davis Cup final against Belgium

LILLE, France (AP) David Goffin and Jo-Wilfried Tsonga are each on top of their games.

Both were up to the task in Friday's opening singles matches of the Davis Cup final, delivering lopsided wins to leave France and Belgium tied at 1-1.

Tsonga swept past 76th-ranked Steve Darcis 6-3, 6-2, 6-1 to put the hosts level after Goffin had given Lucas Pouille a master class of offensive tennis in Lille, just across the Belgian border.

Tsonga and Goffin are set to play against each other on Sunday in what is shaping up as a potentially decisive contest following Saturday's doubles.

''Let's wait and see which one will be able to impose his tactics,'' France captain Yannick Noah said.

Tsonga missed several chances to move ahead early in the first set but finally broke for a 5-3 lead with a deep forehand attack on his fourth break point. The Frenchman then claimed five consecutive games and served out the second set at love with a drop shot that hit the net cord and dribbled over for a winner.

Tsonga continued to play consistent and occasionally brilliant tennis in the third, including a series of reflex volleys.

''My goal was to bring my team back,'' Tsonga said. ''No matter how. Now I'm looking forward to Sunday to fight to the finish.''

Earlier, Goffin was in control throughout as he ended a three-match losing streak against Pouille by hitting 21 winners and 12 aces without facing a break point on the indoor hard court at Pierre Mauroy stadium.

Goffin's confidence is high following a runner-up finish at the ATP Finals last week when he defeated Rafael Nadal and Roger Federer.

''I have rarely seen him play at this level,'' said Pouille. ''Even when I hit first serves at 220 kph (137 mph) he returned the ball 30 centimeters from the line. He is playing the best tennis of his life.''

After losing its three previous finals in 2002, 2010 and 2014, nine-time champion France is under huge pressure to deliver a first title at home since 1991.

Belgium, in the final for the second time in three years, is seeking its first Davis Cup title.

''I pushed the salad bowl a bit closer to the border,'' said Goffin, referring to the Davis Cup trophy. ''Just a bit, because it is heavy.''

Before the opening match, French substitute Julien Benneteau sobbed in the stands as his teammates stepped onto the court. Benneteau was consoled by doubles teammate Nicolas Mahut, who was cut by Noah on Thursday.

Noah said he noticed that Benneteau was crying.

''And I tried to forget it very quickly,'' he said without elaborating.

Mahut and Benneteau, who have won two ATP titles together, were expected to play the doubles on Saturday but Noah surprisingly chose to pair Richard Gasquet and Pierre-Hugues Herbert for the first time against Ruben Bemelmans and Joris De Loore.

Captains have up until one hour before the match to change their lineups and Goffin suggested he could also play in doubles.

Asked about his intentions, Noah said he has yet to decide whether he will stick with Herbert and Gasquet, or send out another team.

Against Pouille, Goffin played with strapping on his left knee but still moved well.

Pouille never recovered from the first-set loss and Goffin impressed in front of the buoyant Belgian fans with his array of shots. He dictated points with deep groundstrokes. Returning extremely well, he also came to the net with neat approach shots.