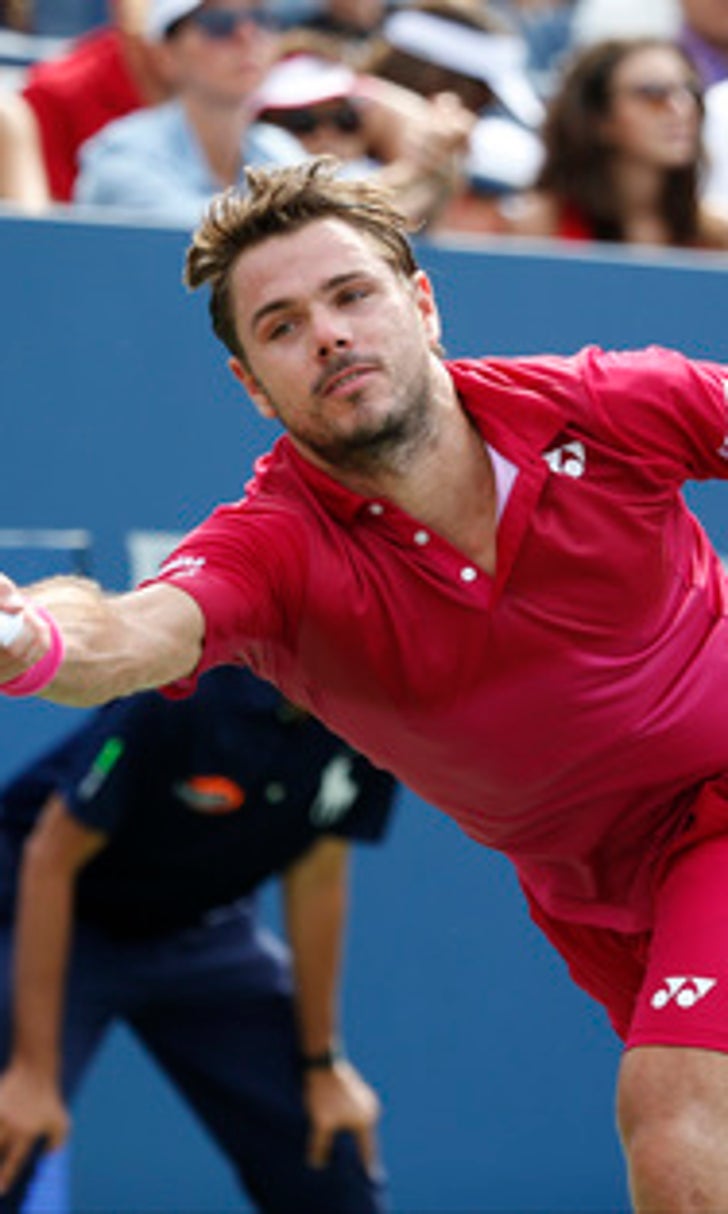 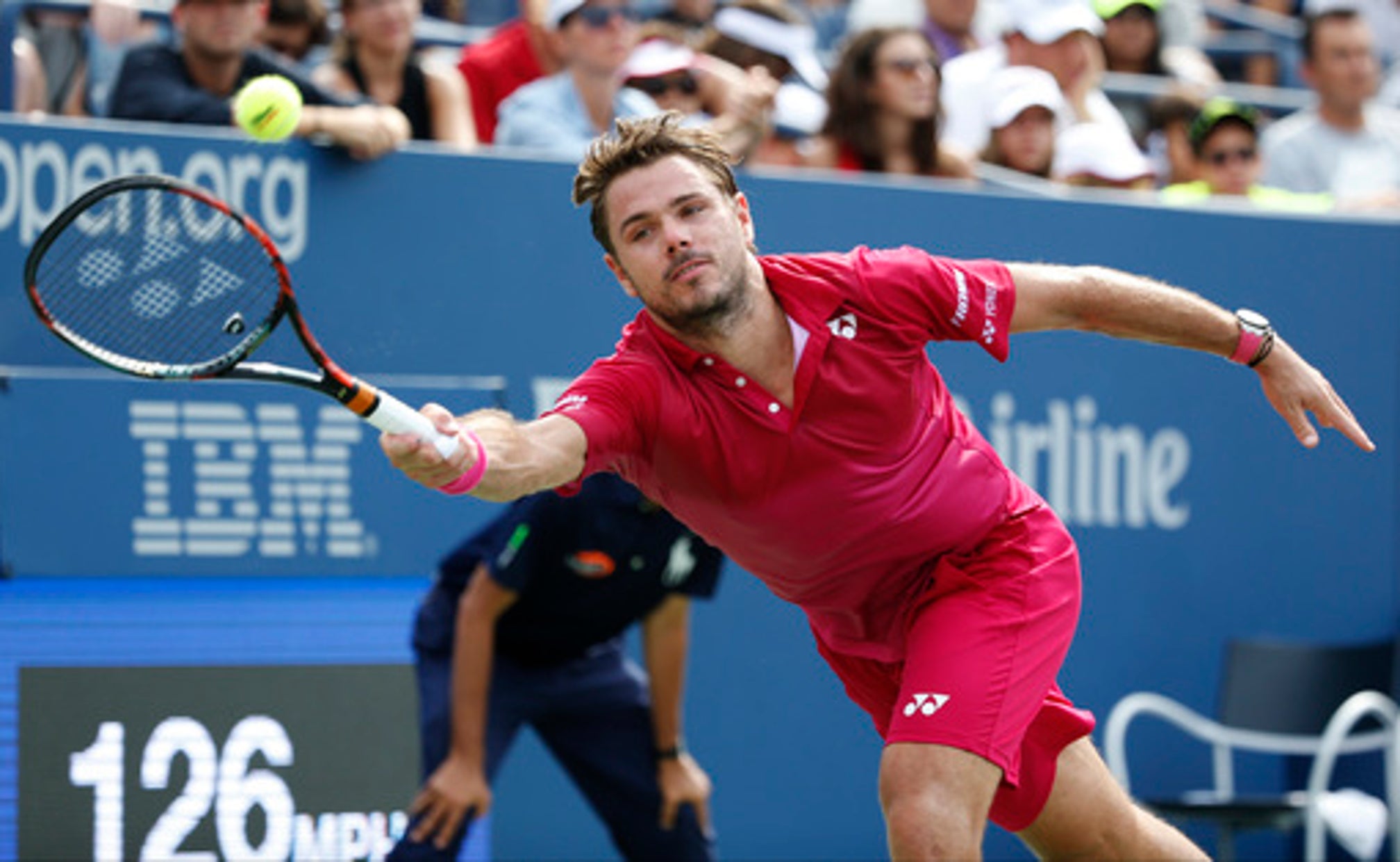 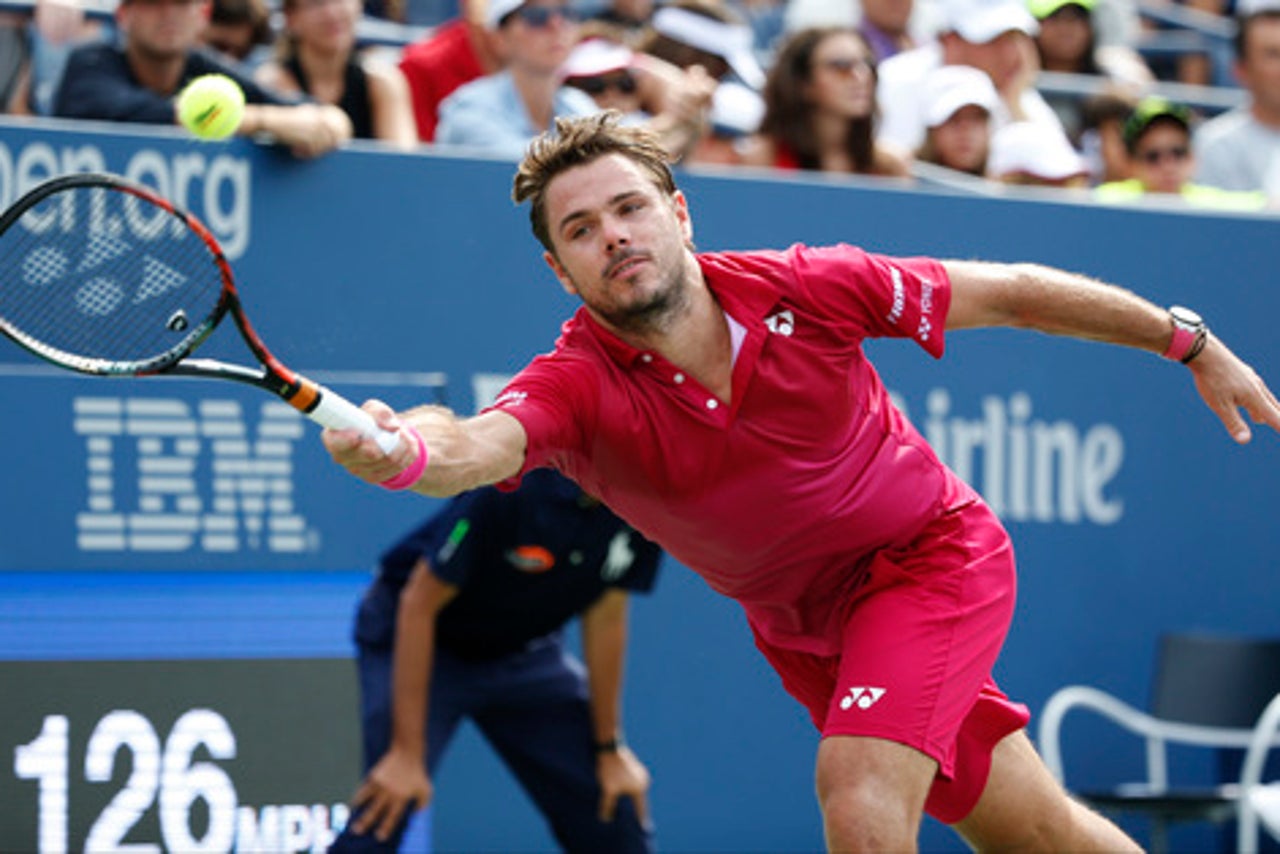 Serena Williams surpassed Roger Federer for most Grand Slam match victories in tennis' Open era with No. 308, a 6-2, 6-3 win over Yaroslava Shvedova on Monday to reach the U.S. Open quarterfinals.

Williams hit a tournament-leading 126-mph serve, pounded 11 aces, won 28 of 30 points when a first serve landed in, and didn't face a break point against the 52nd-ranked Shvedova.

The top-seeded Williams is 308-42 at major tournaments, a .906 winning percentage, and is now three more wins from her 23rd Grand Slam singles title, which would break a tie with Steffi Graf for the most in the Open era, which started in 1968.

Williams has made it to the quarterfinals in each of her past nine appearances at Flushing Meadows. Last year, a loss to Roberta Vinci in the semifinals ended Williams' bid for a calendar-year Grand Slam.

Williams next faces No. 5 Simona Halep in a rematch of the 2014 French Open final won by the American.

After saving a match point in a five-set win in his last outing, Wawrinka was cruising against 63rd-ranked Illya Marchenko, who was playing in his first Grand Slam round of 16. Serving for the match in the third set, the third-seeded Wawrinka was broken and went on to lose a tiebreaker.

After going down a break early in the fourth, Wawrinka took his frustrations out on his racket. He proceeded to win the next four games to regain control on the way to a 6-4, 6-1, 6-7 (5), 6-3 victory Monday.

Marchenko had dropped the first set of his third-round match against 14th-seeded Nick Kyrgios but won the next two as the Australian struggled with a hip injury that eventually forced him to retire.

Venus Williams failed to convert a match point and lost in the fourth round of the U.S. Open to a player a dozen years younger than her, 10th-seeded Karolina Pliskova of the Czech Republic.

Pliskova reached the first Grand Slam quarterfinal of her career by coming back to edge seven-time major champion Williams 4-6, 6-4, 7-6 (3) on Monday in Arthur Ashe Stadium.

The 24-year-old Pliskova had never been past the third round in 17 previous appearances at majors.

At 36, Williams was trying to become the oldest Grand Slam quarterfinalist since Martina Navratilova was 37 at Wimbledon in 1994.

Simona Halep made the quarterfinals at the U.S. Open for the second straight year, beating Carla Suarez Navarro in straight sets.

The fifth-seeded Romanian won 6-2, 7-5 on Monday. She could face No. 1 Serena Williams next. The 22-time major champ plays Yaroslava Shvedova later in the day.

Halep had a chance to serve out the match at 5-4 in the second set but got broken. She then broke Suarez Navarro's serve in the next game and successfully served it out in her second opportunity.

Juan Martin del Potro is back in the U.S. Open quarterfinals after Dominic Thiem retired in the second set of their match.

The eighth-seeded Thiem took a medical timeout to have trainers look at his right knee after the set's fifth game. He returned to the court for one point before deciding he couldn't go on.

Del Potro had won the first set 6-3 and was up a break in the second.

Thiem, who turned 23 on Saturday, has had a breakthrough year, reaching the French Open semifinals and cracking the top 10. But the long season was starting to wear on his body.

Del Potro knows all about that. The 2009 U.S. Open champ missed the tournament the last two years after surgeries on his left wrist.

But his stunning run to the Olympic silver medal signaled he's a contender again.

Del Potro got a huge break Monday when he spent only 72 minutes on court. He's played just 10-plus sets through four rounds.

At No. 142, del Potro is the lowest-ranked U.S. Open quarterfinalist since Jimmy Connors in 1991.

Juan Martin del Potro, Andy Murray and the Williams sisters are among those seeking to book their spots in the quarterfinals on Labor Day Monday at the U.S. Open.

Del Potro, the 2009 champ who has won over fans with his comeback from left wrist surgeries, takes on eighth-seeded Dominic Thiem, who broke into the top 10 this year after reaching the French Open semifinals.

The No. 2-seeded Murray, who is hoping to add Flushing Meadows to his Wimbledon and Olympic titles this year, takes on 22-seeded Grigor Dimitrov. And third-seeded Stan Wawrinka, who saved a match point in a five-set win Saturday, faces Illya Marchenko.

Among the women's highlights are back-to-back afternoon matches on Ashe with the Williams sisters. Sixth-seeded Venus is on first against 10th-seeded Karolina Pliskova, who is in the round of 16 at a major for the first time. Then top-seeded Serena meets 52nd-ranked Yaroslava Shvedova.

Fourth-seeded Agnieszka Radwanska is in the nightcap on Ashe, taking on 92nd-ranked Ana Konjuh.