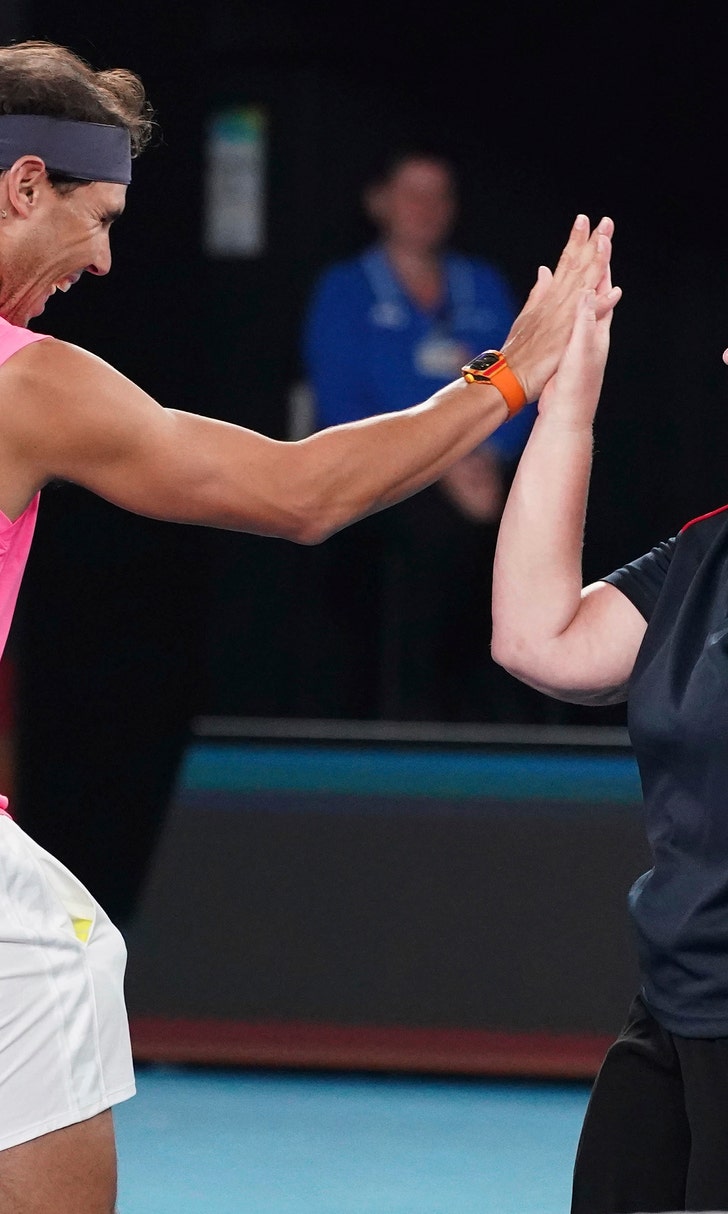 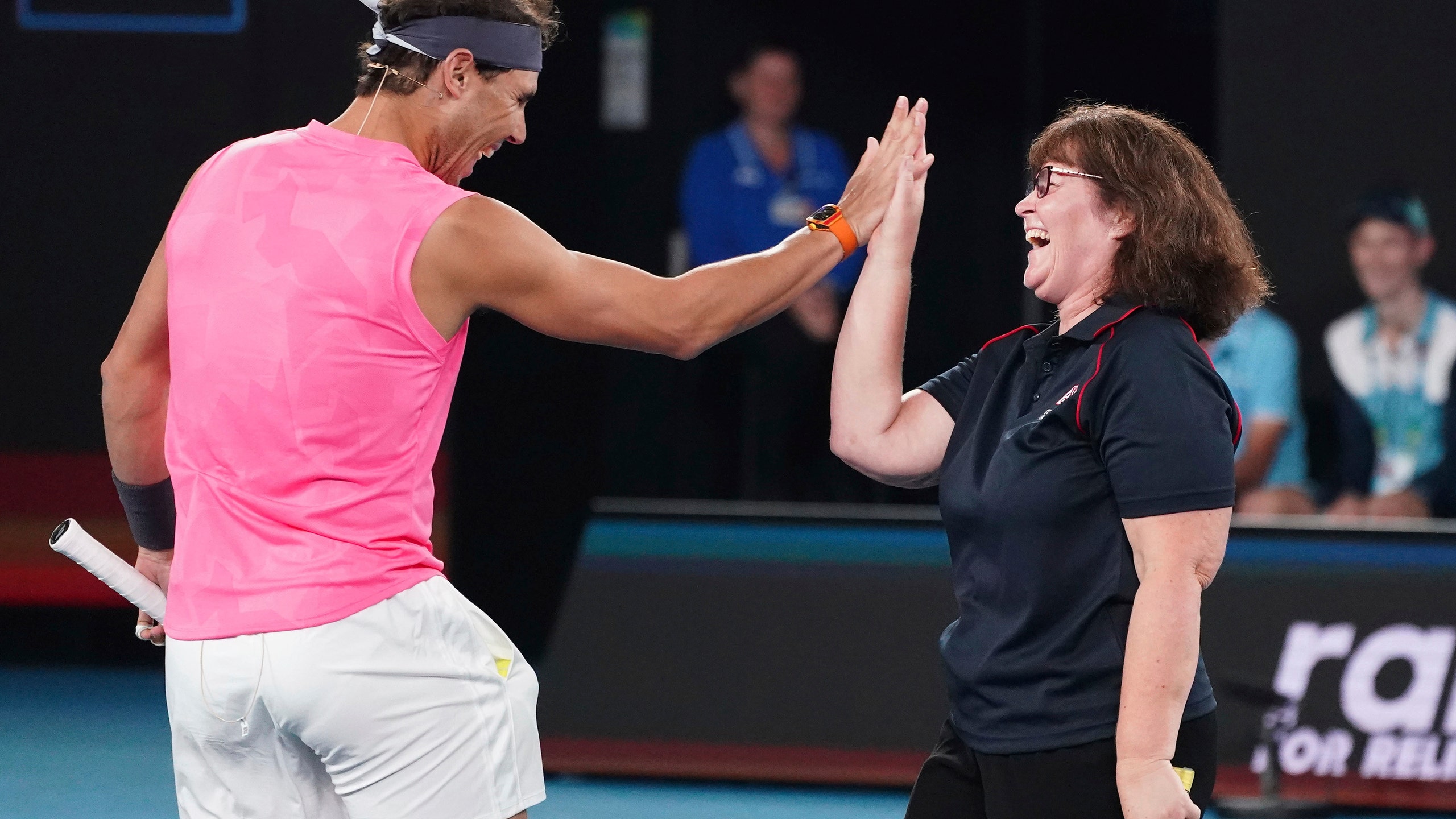 MELBOURNE, Australia (AP) — A capacity crowd of more than 15,000 at Rod Laver Arena watched Roger Federer defeat Nick Kyrgios in a one-set finale to the Australian Open's Rally for Relief to aid wildfire charities on Wednesday.

Tennis Australia said the night helped raise nearly 5 million Australian dollars ($3.5 million) for the victims of recent and ongoing fires in Australia that have killed 28 people and destroyed several thousands homes, most of them in New South Wales and Victoria states.

Smoke haze from the continuing fires has played havoc with scheduling of the first two days of qualifying at Melbourne Park, delaying play by several hours and prompting complaints from players over the air quality.

Other players who took part included Rafael Nadal, Serena Williams, Caroline Wozniacki and Alexander Zverev. On several occasions, volunteer fire personnel were invited on the court to play against the tennis stars.

The fund-raising efforts, which includes various amounts for aces served during the tournament and the sale of merchandise donated by players, will continue when the Australian Open begins on Monday.