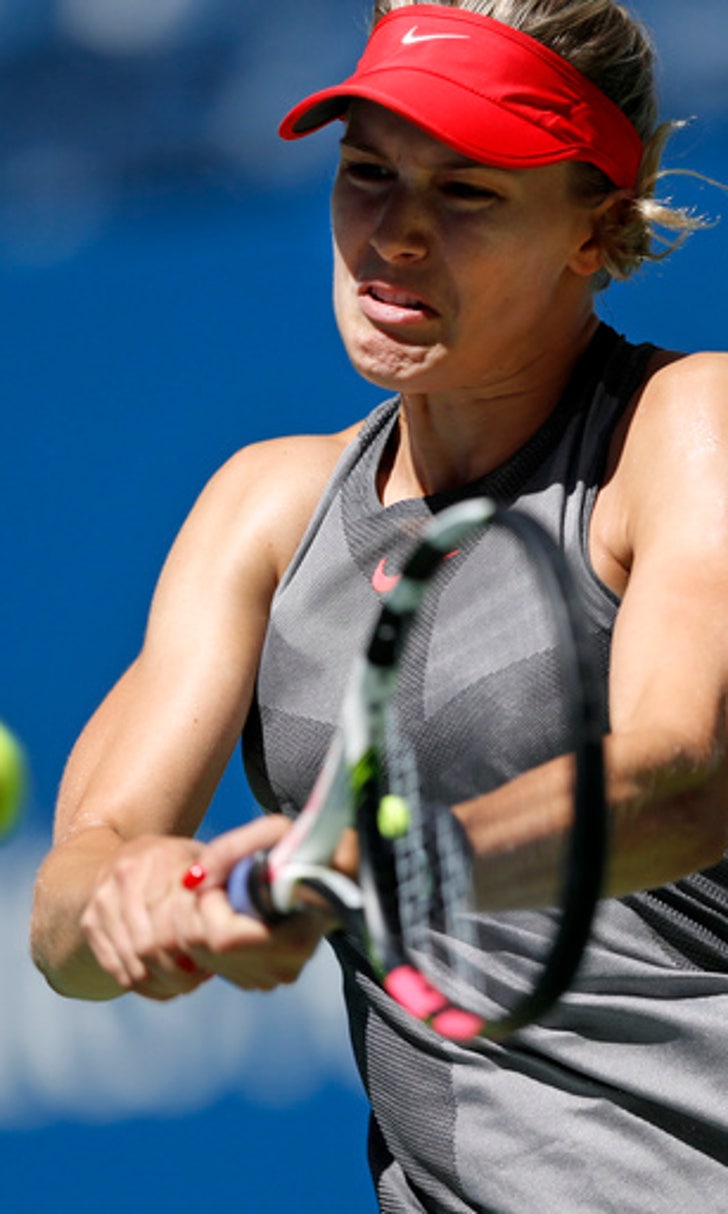 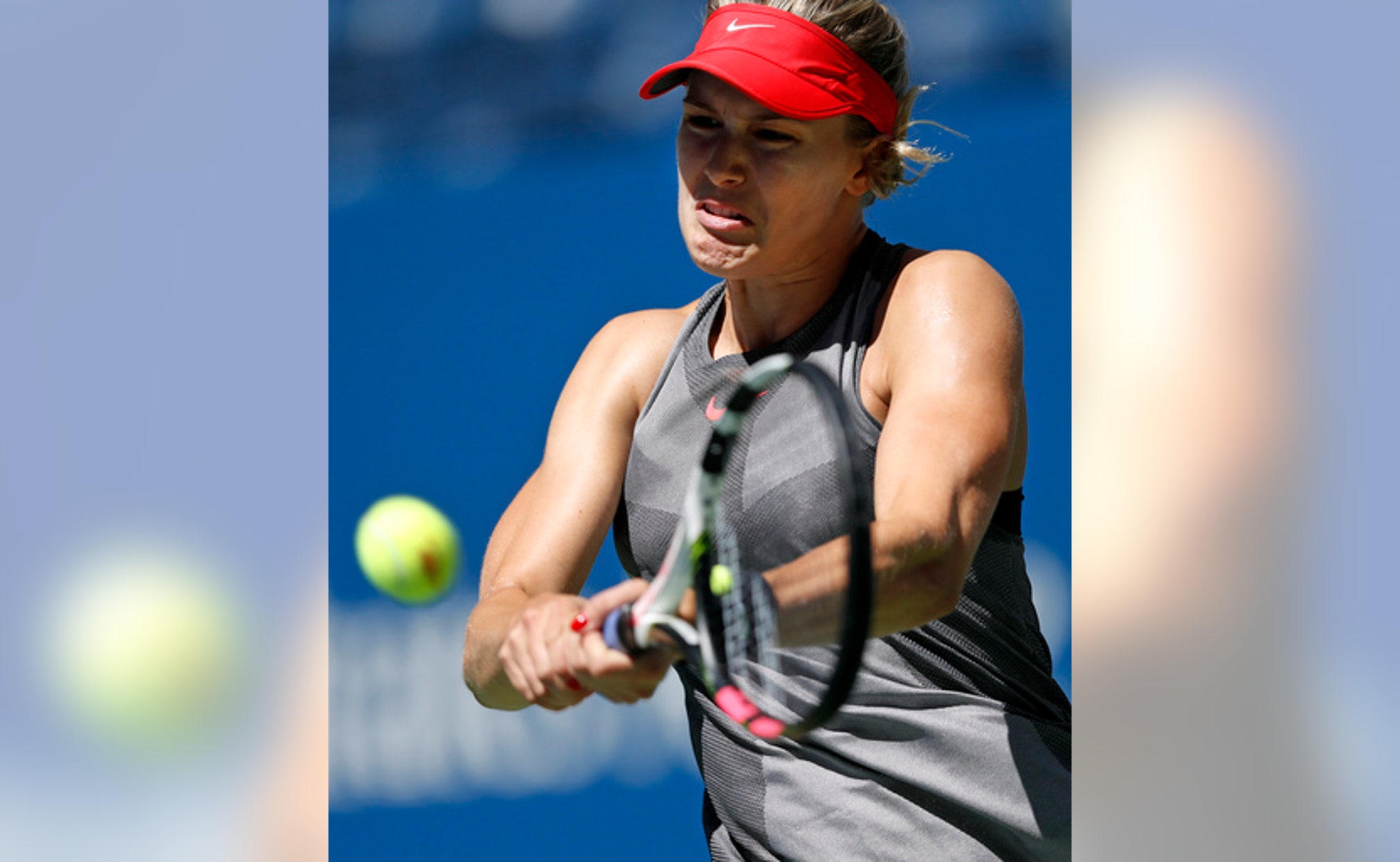 Still suing US Open, Bouchard 'surprised' to play in Ashe

NEW YORK (AP) Even Eugenie Bouchard did not expect to find herself playing a U.S. Open match in Arthur Ashe Stadium on Wednesday.

The 23-year-old Canadian is, after all, still a plaintiff in a lawsuit against the U.S. Tennis Association stemming from a fall at the facility during the tournament two years ago. Hers is no longer a marquee name in the sport, attached to a losing record this season and a No. 76 ranking this week, far removed from the days when Bouchard was a Wimbledon finalist and top-10 player in 2014.

And on a day chock-full of big names and intriguing matchups all around Flushing Meadows - 87 singles matches were scheduled, including dozens carried over after rain washed out most play Tuesday - Bouchard was facing an opponent who is ranked 89th and has a sub-.500 career. Bouchard wound up losing meekly to Evgeniya Rodina of Russia 7-6 (2), 6-1.

''I was surprised, yeah,'' she said about the court assignment, ''but it's always an amazing opportunity to play on the biggest tennis court in the world.''

Asked about the choice to put Bouchard vs. Rodina in the tournament's main arena, USTA spokesman Chris Widmaier said: ''A lot of factors go into scheduling. ... (Bouchard) was scheduled to be first on Ashe, and we're comfortable with that decision.''

Bouchard certainly did not seem very at ease Wednesday - with a racket in her hand or with a microphone in front of her.

Against Rodina, who came in 0-3 in Grand Slam matches and 4-13 overall this year, Bouchard made 46 unforced errors, 20 more than her winner total. She also was broken in 5 of 9 service games.

''It's one of those matches you kind of want to forget about,'' Bouchard said. ''I just didn't really know what to do out there.''

She dropped to 11-17 this season and noted: ''My confidence is not high at all at this point in time, and I definitely had question marks about what my level would be like coming out today.''

At Flushing Meadows in 2015, Bouchard got a concussion from a fall and withdrew before her fourth-round match, then missed most of the rest of the season. She filed suit against the USTA in U.S. District Court in Brooklyn that year, then showed up at the 2016 U.S. Open and lost in the first round.

When Bouchard was at her peak - a seeded player, a title contender week-in and week-out - an early exit at a Grand Slam tournament would be significant news. But she's nowhere near her career-best ranking of No. 5 now. Since reaching the semifinals at the Australian Open and French Open before her runner-up finish to Petra Kvitova at the All England Club in 2014, Bouchard has reached only one major quarterfinal.

The loss to Rodina was Bouchard's fifth in the first round in the past 11 Grand Slam tournaments.

When her lawsuit was brought up at Wednesday's news conference, Bouchard simply said: ''We're still in the process.''

But Bouchard insisted that she was not distracted by her pending case against the organizers of the tournament.

''I'm able to concentrate on the tennis when I'm here,'' she said, ''but, I mean, I definitely have bad memories from here two years ago.''