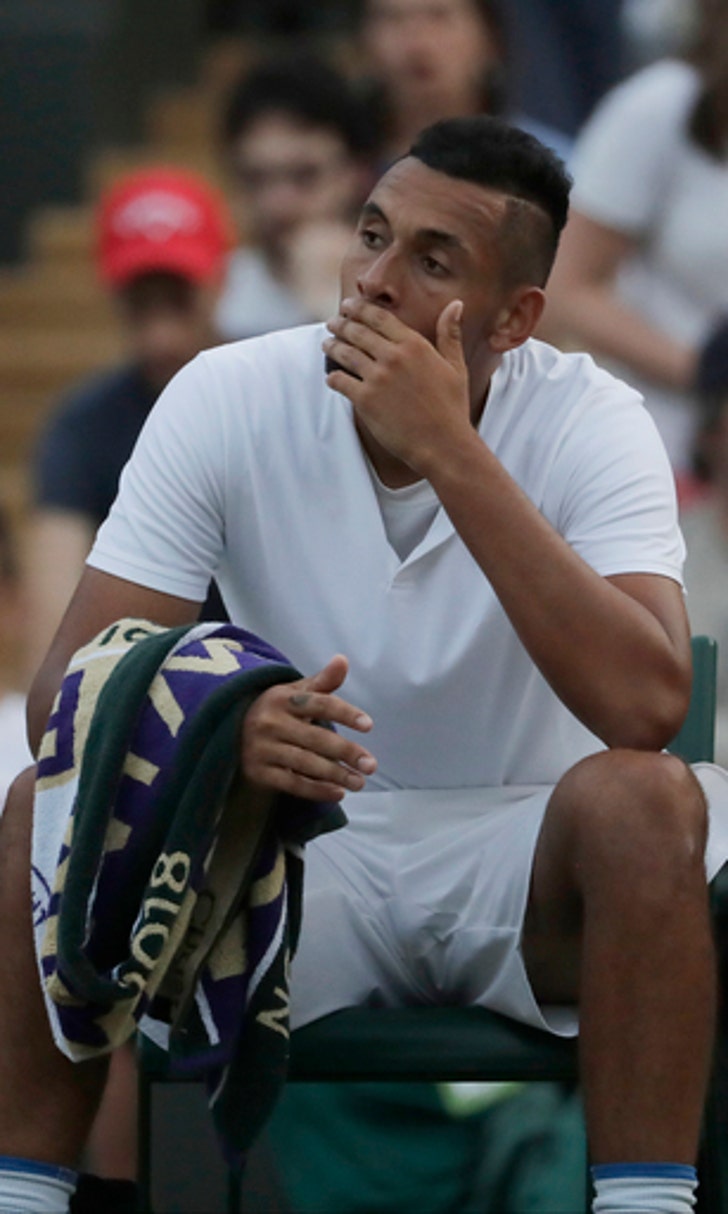 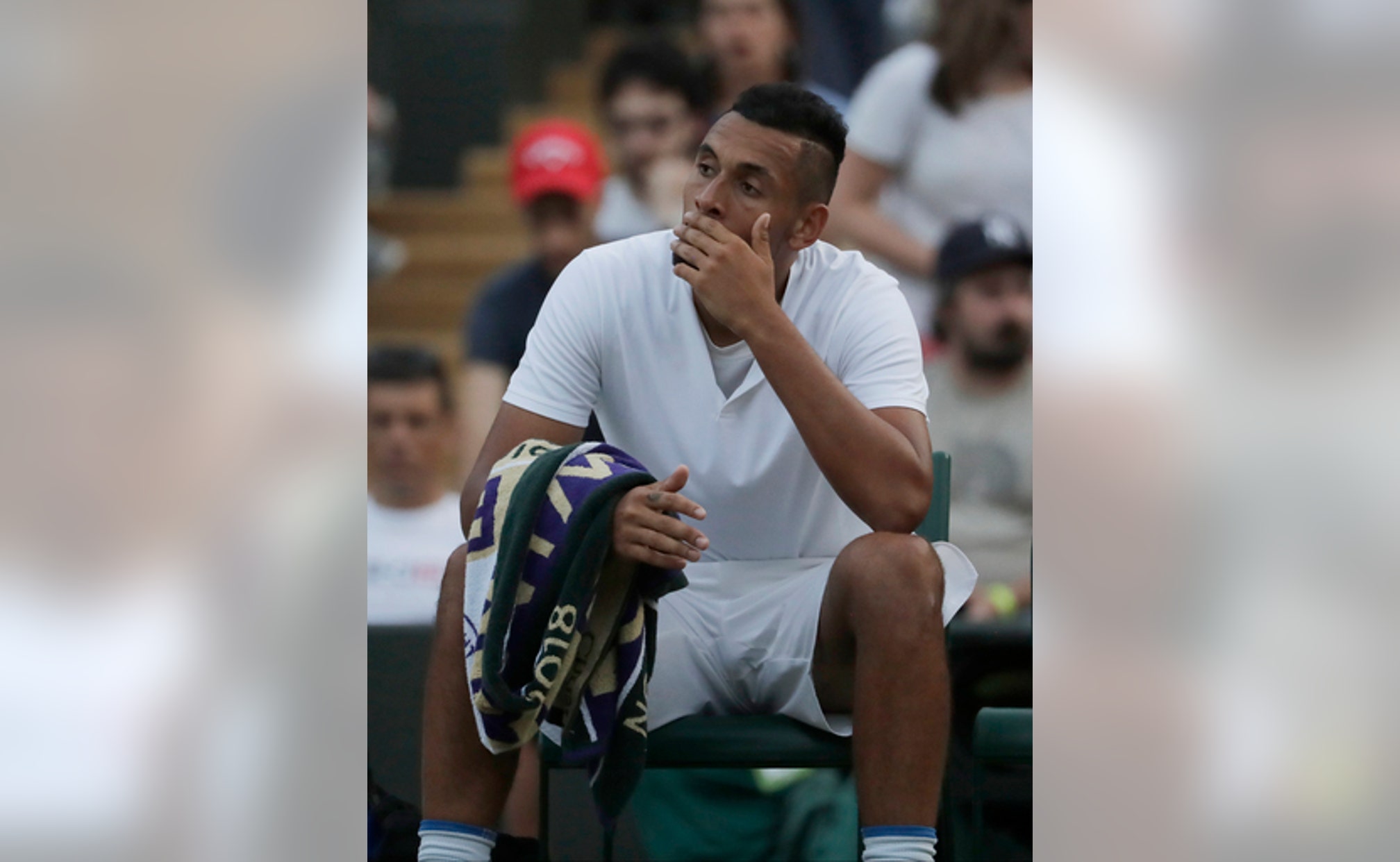 previous story
Tiafoe gets 1st victory at Citi Open, his hometown tourney
next story
After Fiers gets hurt, Iglesias leads Tigers over Reds 7-4

Kyrgios pulls out of Washington because of injured left hip

WASHINGTON (AP) Andy Murray is showing signs of returning to his old form, right down to the return winner he delivered on the last point of his first victory over a top-20 player in more than a year.

Murray took a more aggressive approach as he works his way back from hip surgery and moved into the third round at the Citi Open by beating No. 4 seed Kyle Edmund 7-6 (4), 1-6, 6-4 on Wednesday.

Murray is a three-time major champion and former No. 1 who was sidelined for 11 months because of his right hip. He missed the second half of 2017, had an operation in January, then returned to the tour briefly in June. One of his three matches that month was a loss on a grass court to Edmund, the Australian Open semifinalist who has supplanted Murray as Britain's highest-ranked man.

When they played last time, Murray, said, ''Any time Kyle was dictating the points, I wasn't tracking enough balls down. I felt a bit slow to the balls. Today, I was able to defend and dig up a few more shots and that made a big difference.''

There is still work to be done by Murray, of course. He is ranked 832nd, has played only five matches in 12 months, and needed three sets for each of his victories in Washington's hard-court tuneup for the U.S. Open.

Unlike in his opening match Monday, when he felt he was too defensive, Murray made a point of attacking more against Edmund.

''Regardless of the result, we wanted to at least be dictating more points, trying to use my forehand, be close to the baseline,'' he said. ''And I think I did that, especially in some of the important moments in the third set.''

He got the measure of Edmund's serves late, earning two break points at 4-3. Another arrived at 5-4, thanks to a defensive lob that drew a long overhead from Edmund, followed by a double-fault. That brought match point, and Murray pounded a cross-court backhand winner off an 83 mph second serve, then let out a loud yell.

Also moving into the third round was No. 1 seed and defending champion Alexander Zverev, and his next matchup is a rare one: On Thursday, he'll face his older brother, No. 15 seed Mischa. It's their first meeting in an ATP main-draw match.

''It's a special day, because not a lot of families can say two brothers played against each other on a such a high level, in one of the biggest tournaments in the world,'' said Alexander, who finished off a rain-interrupted 6-2, 6-1 win against Malek Jaziri. ''Obviously, we both want to win. We won't give each other anything.''

The German siblings, who were taught tennis by their father, paired up Wednesday night as a doubles team until that match was suspended by a storm that washed out play for the day.

No. 2 John Isner's match against Noah Rubin at night never got started because of the rain.

In the women's field, reigning U.S. Open champion Sloane Stephens continued her tendency for all-or-nothing showings at tournaments, losing 2-6, 6-4, 6-2 in the second round to 91st-ranked Andrea Petkovic.

Stephens was seeded No. 2 at a tournament she won in 2015 for her first WTA title. Now she'll want to get her game going in the right direction before she begins the defense of her first Grand Slam title on Aug. 27.

''Hopefully,'' Stephens said, ''some things connect in the next couple of weeks.''

Her best results this season were a runner-up finish at the French Open and a title at the Miami Open. But take away those tournaments, and the American is 10-11 in 2018, including first-round exits at Wimbledon last month and the Australian Open in January.

Against Petkovic, Stephens put only 59 percent of her first serves in play and was broken four times.

Stephens' loss leaves the Citi Open women's draw without either of its top two seeds; No. 1 Caroline Wozniacki withdrew Tuesday because of a leg injury.