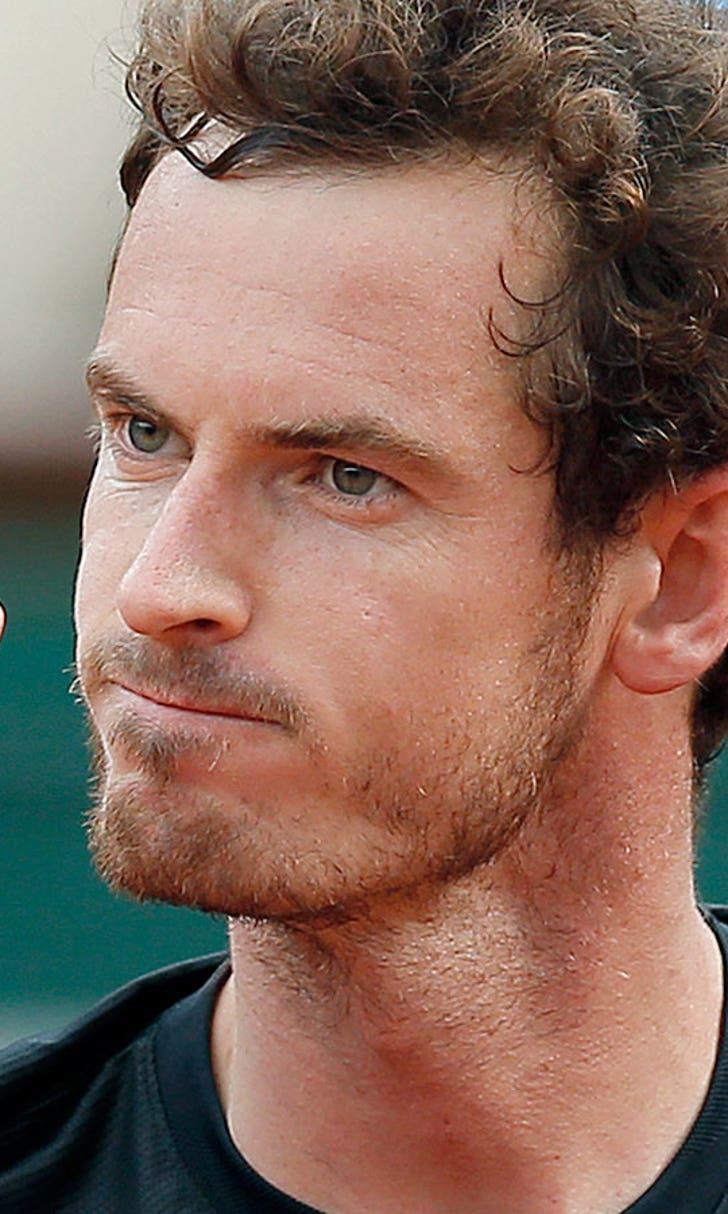 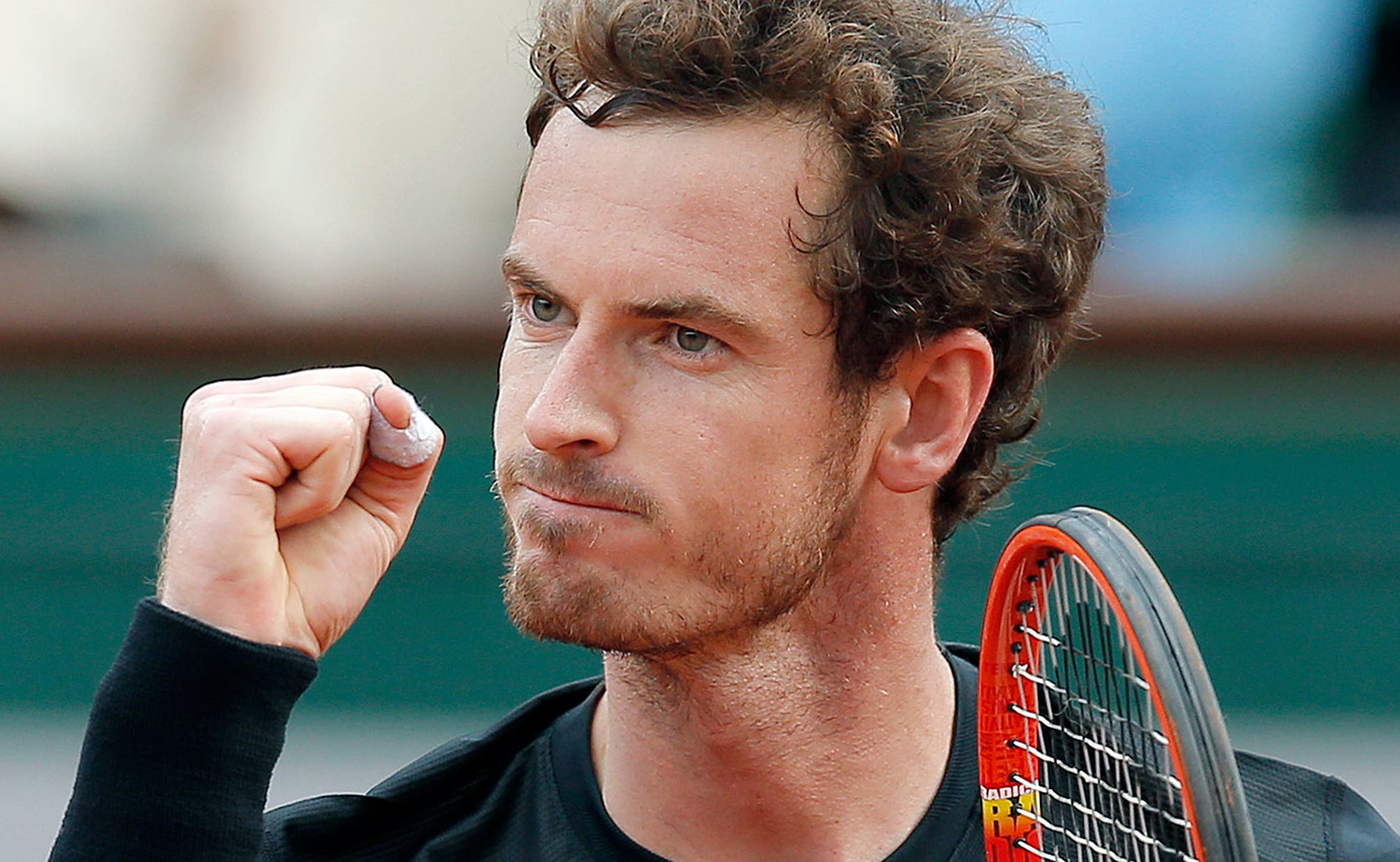 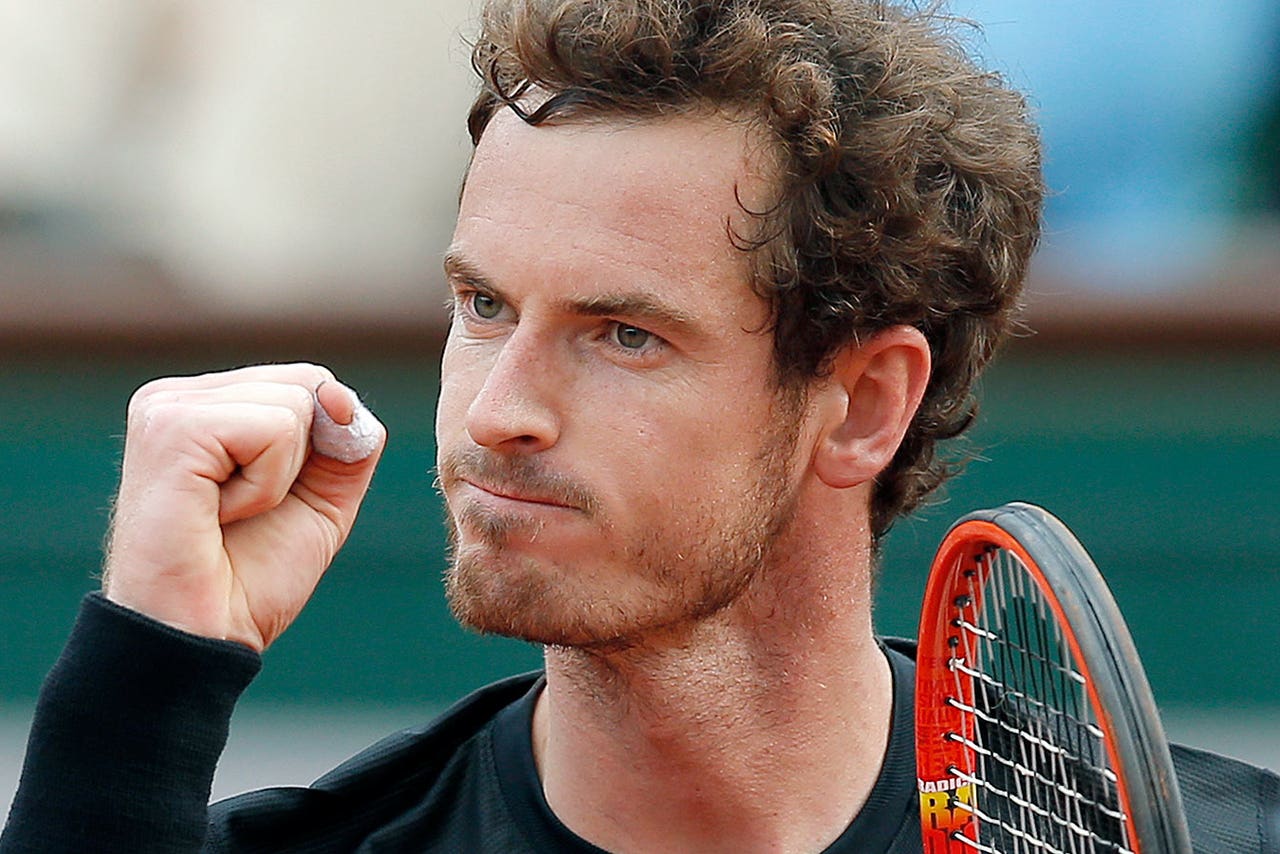 Novak Djokovic was more concerned with a loss of concentration than a loss of footing Thursday, as the top-ranked Serb reached the third round of the French Open by beating Gilles Muller 6-1, 6-4, 6-4.

The eight-time Grand Slam champion, who has lost two French Open finals, slipped near the end of the second set and needed treatment for several minutes on his right groin area.

"Well, thankfully it's nothing major. So it's not (a) concern for the next match," Djokovic said. "I made a couple of slides that were quite, I'd say, unusual, with change of directions."

Instead he berated himself for a sloppy mistake during the third set. When casually waiting for Muller's shot to land out, he just let the ball glance off his racket and lost the point.

"I'm expecting a long talk with my two coaches," he said. "Never, never, ever happened (before), and it should never happen again to me."

Serena Williams also had a fright, but she avoided a repeat second-round exit by beating Anna-Lena Friedsam of Germany 5-7, 6-3, 6-3.

Djokovic followed Williams on Court Suzanne Lenglen and fans were treated to some more drama.

As he prepared to serve for the second set, Djokovic sat in his chair and called for medical assistance. Moments earlier, his left foot had slipped as he played a shot from the back of the court, throwing the weight of his body onto his right leg.

After receiving treatment, Djokovic pulled out a towel and unfurled it on the clay. With his orange shirt, he looked almost camouflaged as he lay on his back, before flipping over to his front.

The sixth-seeded Nadal, who stood out on center court dressed in electric blue in somewhat gloomy and overcast conditions, was not always at his best during his 6-4, 6-3, 6-1 win over Nicolas Almagro of Spain.

"The score is easier than what the match was like," said Nadal, who will next play Andrey Kuznetsov of Russia. "My footwork was better. I felt better than during the first round."

Murray, who was recently married back home in Scotland in traditional tartan attire, looked stunned when he was interviewed by former player Fabrice Santoro afterward. That was because the Frenchman was dressed up as a Scotsman, with a kilt, a sporran, and long socks on.

"I don't really know what to say," said Murray, as he stared amusedly at Santoro, before breaking out into laughter.

Williams had little to laugh about.

The Australian Open champion set up match point when she sent a huge forehand winner from the back of the court and followed that with another big, cross-court forehand winner

"I know I'm capable of playing great tennis, just haven't seen it yet," said Williams, who lost in the second round last year.

"My level is literally a hundred times better than I played today," Williams said. "I think I take more solace in the fact I can play better as opposed to the fact that that's the best I could play. Then I would be in trouble."

Williams will next face Victoria Azarenka of Belarus after she beat Czech player Lucie Hradecka 6-2, 6-3.

Earlier, fifth-seeded Caroline Wozniacki of Denmark was knocked out in the second round after losing to Julia Goerges of Germany 6-4, 7-6 (4).

In the men's side of the draw, fifth-seeded Kei Nishikori of Japan became the first player to reach the second week of the tournament. He was supposed to play Benjamin Becker in the third round on Friday, but Becker pulled out of the tournament because of a muscle tear in his right shoulder.

Kokkinakis, who turned 19 last month, and Coric, who is 18, became the first teenagers to reach the third round since Ernests Gulbis in 2008.

Queen Of The Court
The US Open was the perfect platform for Naomi Osaka to display her star power, and she left her mark on and off the court.
5 days ago

Serena Slammed
The numbers say Serena Williams should have defeated Victoria Azarenka on Thursday night. This time, the numbers lied.
6 days ago