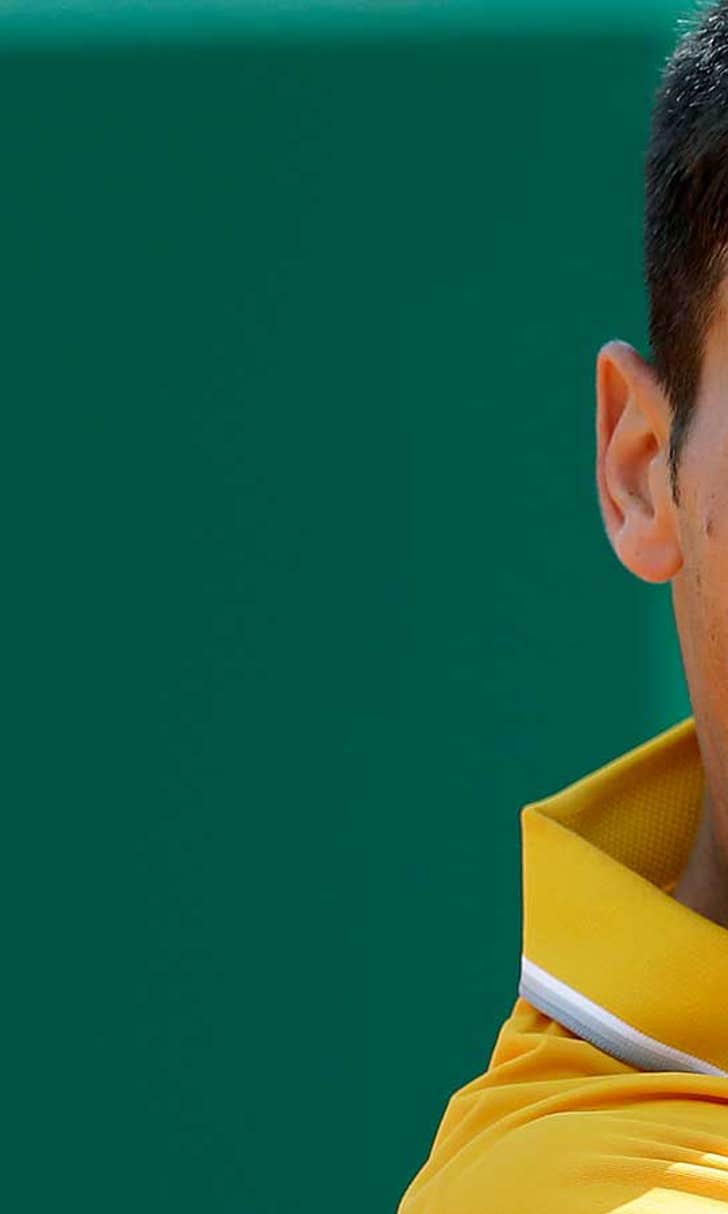 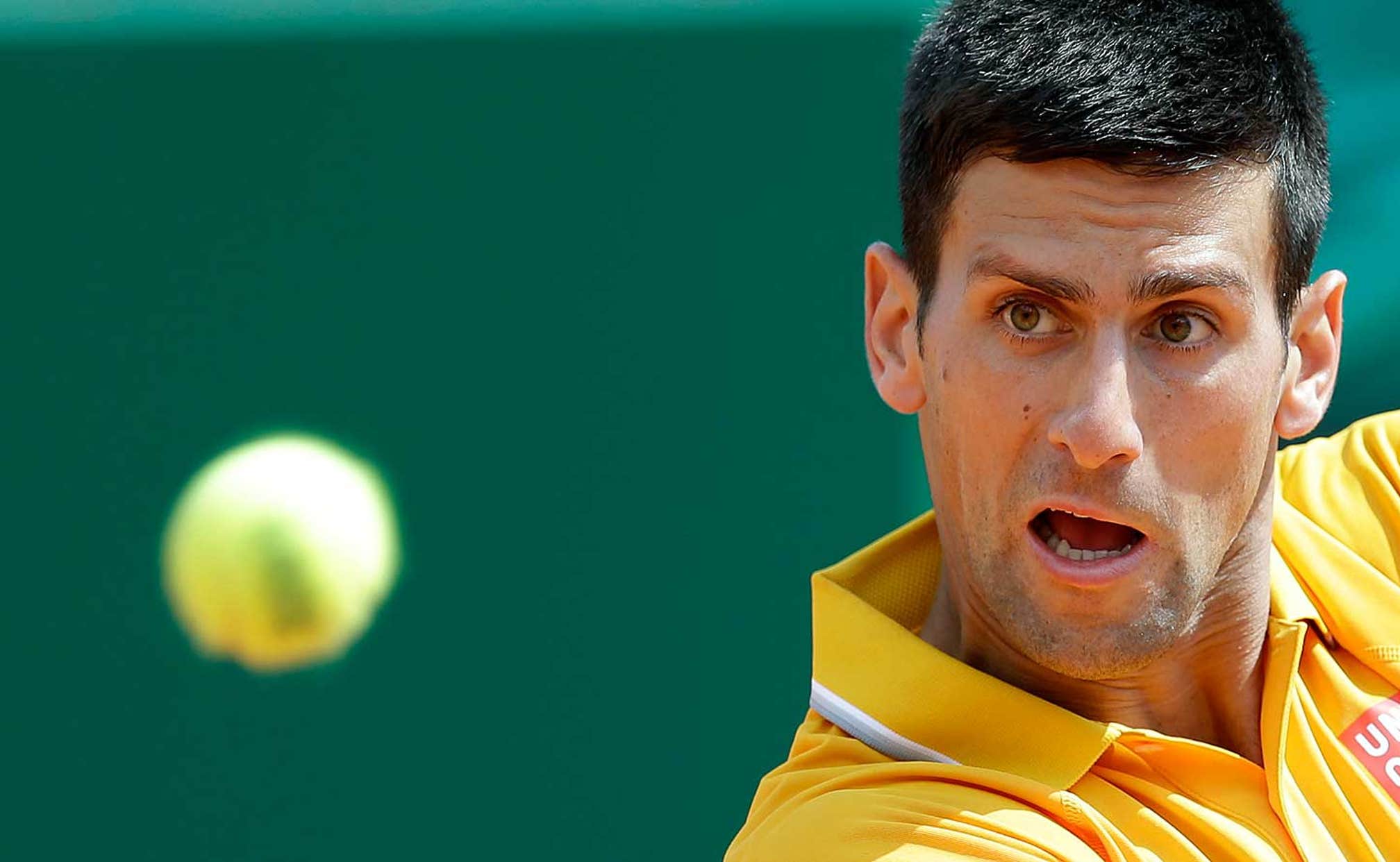 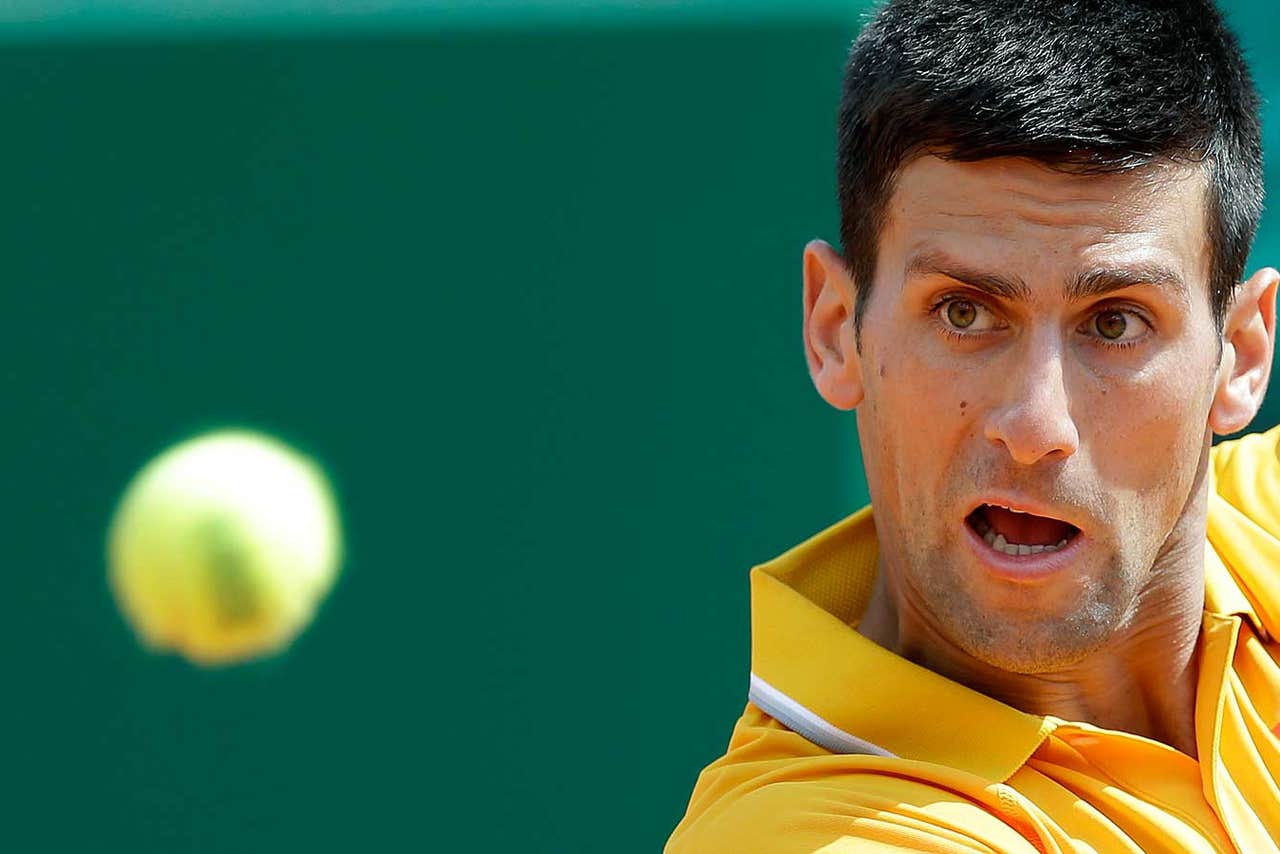 MONACO -- Winning a game against Novak Djokovic these days is quite an achievement. Even when you're an U.S. Open champion.

Djokovic won the first eight games of his Monte Carlo Masters quarterfinal match Friday before Marin Cilic managed to hold his serve, raising a thumb in the air to celebrate.

The momentum change was short-lived, though, with the top-ranked Djokovic powering his way into the semifinals with a 6-0, 6-3 victory.

"Just all in all it was probably the best match I've played so far in the tournament," Djokovic said. "That's what I want, what I wish for in this moment."

The Serb, who has dropped only 12 games at the Country Club, extended his unbeaten record over his Croatian rival to 12 matches in another display of solid tennis.

Djokovic, who ended Rafael Nadal's reign in Monte Carlo when he won the clay-court Masters tournament in 2013, will next face the Spaniard in a match he sees as "probably the biggest clay-court challenge you can have."

It will be their 43rd career meeting, the first since Nadal beat Djokovic in last year's French Open final.

"I've got to prepare myself mentally for that," Djokovic said. "Other than the mental part, I think physically I'm ready. I'm going to need to keep the high level of performance throughout the entire match tomorrow."

Nadal, an eight-time champion at the Country Club, had to battle for nearly 3 hours before securing a 6-4, 5-7, 6-2 victory over David Ferrer, who stopped him in the quarterfinals last year.

"This is a very important victory for me, for the confidence in the next couple of months," said Nadal, who will be chasing a 10th French Open title from May 24.

Djokovic and Nadal have been going in opposite directions this season, as Nadal dropped to fifth in the world rankings following a string of poor results on hard court after recovering from a wrist injury and an appendectomy.

Back on his favorite surface, he passed a significant test against Ferrer, a fellow clay specialist.

Nadal looked set for a comfortable win when Ferrer needed treatment for a blister on a toe when down a break in the second set. But serving for the match at 5-4, Nadal was broken when Ferrer sent a backhand down the line followed by a deep forehand.

Ferrer broke again in the 12th game to claim the set.

Nadal recovered with a break at the start of the decider and broke again in the seventh game as Ferrer ran out of energy.

"Tomorrow I am not favorite, that is obvious," said Nadal. "He is playing almost perfect. When the things go that well, it is difficult to stop a player like Novak."

Djokovic is off to his best start since 2011. He has lost only two matches in 2015 and is bidding to win a third Masters title in a row this year following victories in Indian Wells and Miami.

"I like the way I'm playing right now," Djokovic said. "I'm trying to impose all the variety in the game that I have."

Earlier, Tomas Berdych advanced to the semifinals for the third time after Milos Raonic retired with a foot injury. He will face Gael Monfils, who followed up his convincing win over Roger Federer in the previous round with a 6-1, 6-3 victory over Grigor Dimitrov.

Raonic called for a trainer when trailing 5-2 in the first set to look at his strapped right foot, and then told Berdych he couldn't continue.

Berdych is chasing a second Masters title, 10 years after he made his breakthrough at the Paris Masters.

"If you look at the last 10 years, you're going to find three guys that pretty much took all of them," Berdych said about the tall order of winning titles in an era dominated by Djokovic, Nadal and Federer. "They are taking all from us. Usually you've got at least two or three of these guys to win the title. Here it's a bit more open in that sense."

Monfils has a poor 1-5 record against Berdych but managed to beat him on clay at the French Open two years ago.

"I must find the right tactics to neutralize his game because he gives me a lot of trouble," Monfils said. "I'm never able to control him."