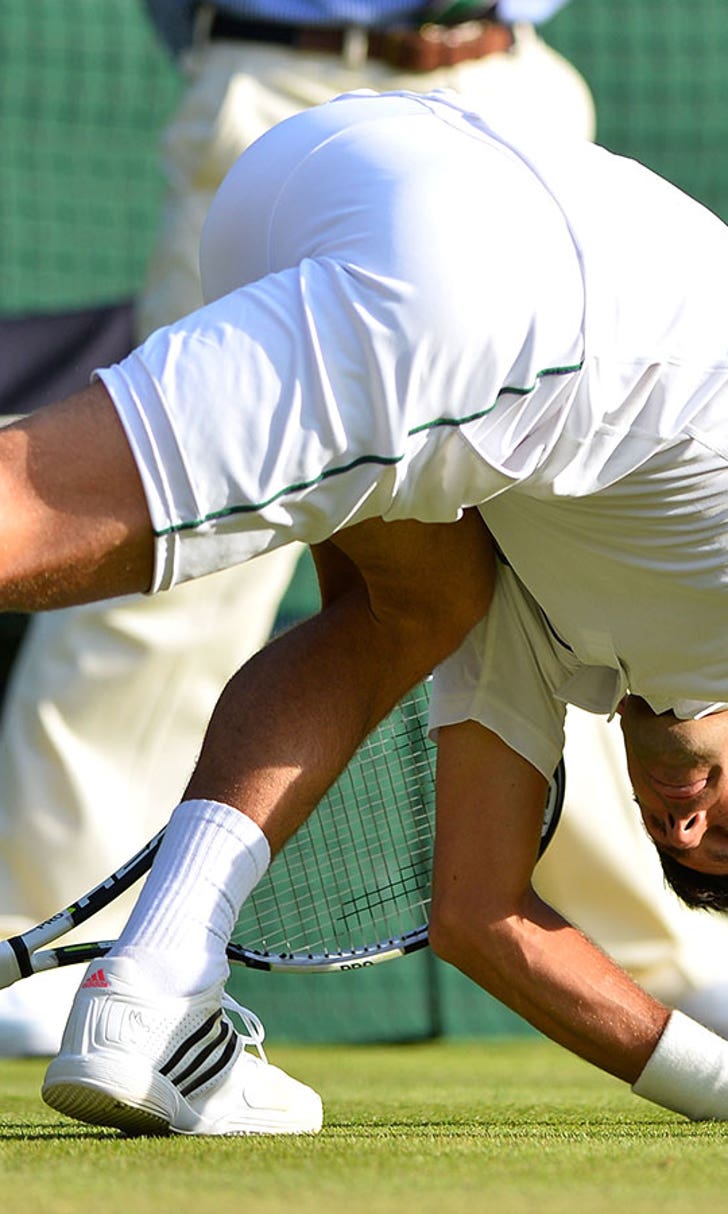 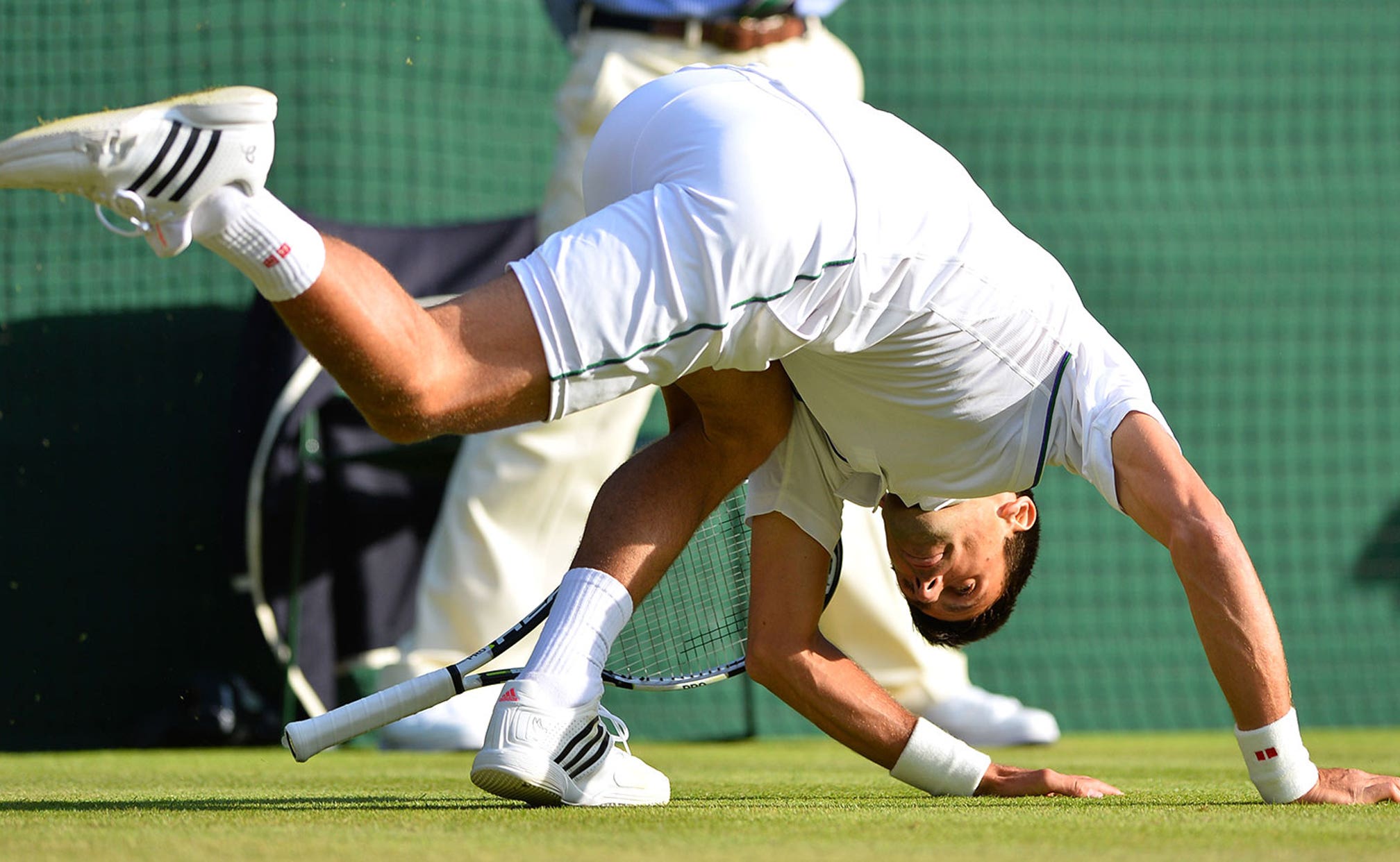 Djokovic must wait to try to reach Wimbledon quarterfinals 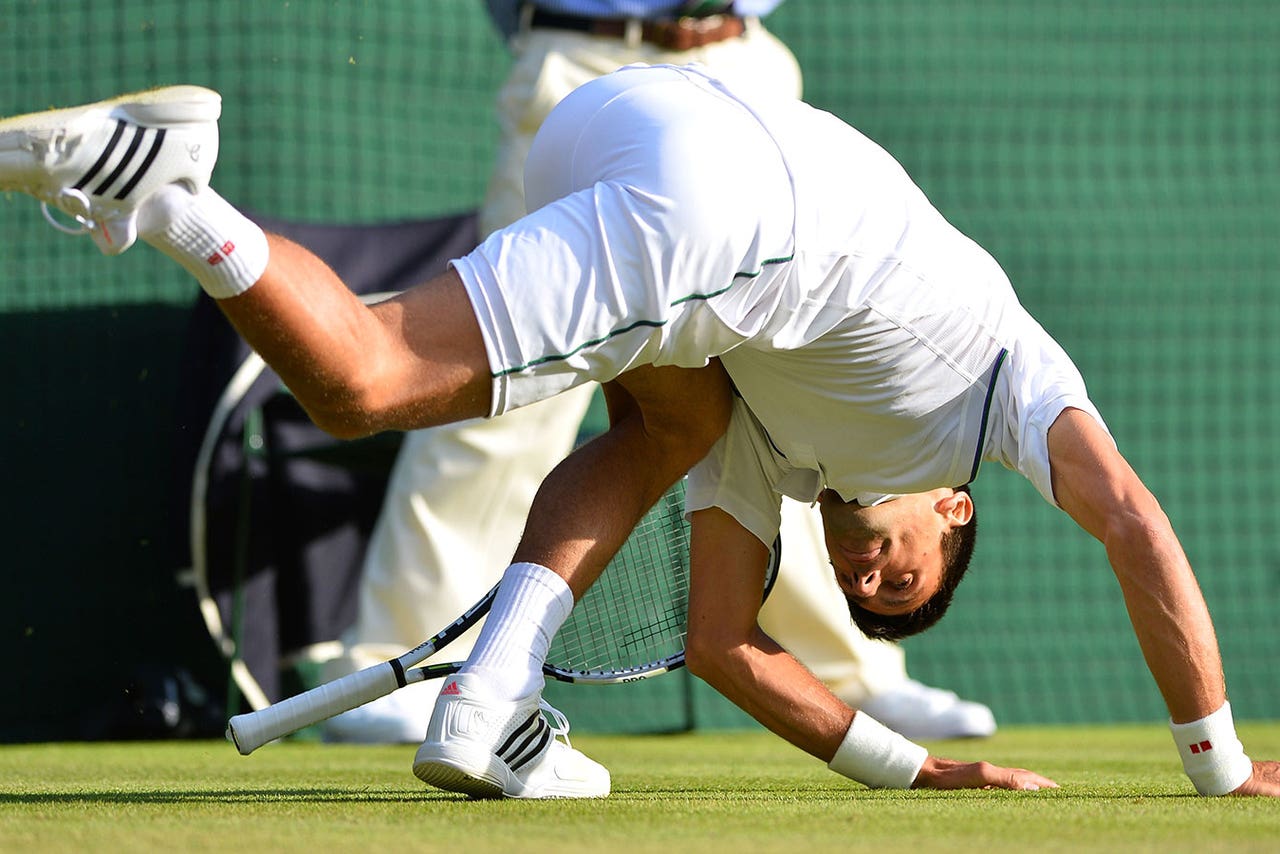 The two men will return to Court 1 at 1 p.m. Tuesday and play one set that will determine whether the No. 1-seeded Djokovic of Serbia reaches his 25th consecutive Grand Slam quarterfinal or No. 14 Anderson of South Africa wins a fourth-round match at a major for the first time in seven tries during his career.

Wimbledon is the only Slam that schedules all 16 men's and women's fourth-round matches on the same day, and 15 were completed this time.

Reigning U.S. Open champion Marin Cilic, who beat the last American man in the field, wild-card entry Denis Kudla, 6-4, 4-6, 6-3, 7-5, will need to wait to find out whether he will next face Djokovic or Anderson in Wednesday's quarterfinals.

The other men's quarterfinal matchups are set: seven-time champion Roger Federer vs. No. 12 Gilles Simon of France, 2013 champion Andy Murray vs. Vasek Pospisil of Canada, and French Open champion Stan Wawrinka vs. No. 21 Richard Gasquet.

The only real trouble the second-seeded Federer encountered during his 6-2, 6-2, 6-3 victory against No. 20 Roberto Bautista Agut came right at the very end: Federer required six match points -- six! -- before finally converting one to advance.

Bautista Agut took a tumble in the second set, his racket flying out of his hand as his right leg gave out, and had a long visit from a trainer. He continued playing but never was able to put up much resistance, particularly in Federer's service games.

For the second match in a row, not only was Federer never broken, he did not face any break points.

''I got things figured out at the moment,'' he said.

''Then again, I look at my next-round opponent. Gilles Simon is one of the best return players we have in the game. I would think I'll be tested a lot,'' Federer added. ''So that streak's maybe coming to an end, in my opinion.''

Simon reached his first quarterfinal at Wimbledon, and first at any major since the 2009 Australian Open, by defeating 2010 Wimbledon runner-up and No. 6 seed Tomas Berdych 6-3, 6-3, 6-2.

Federer is 5-2 in past matches against Simon, who said of the 17-time major champion, in something of an understatement: ''It can be sometimes difficult to face him.''

Federer's Swiss Davis Cup teammate and pal, Wawrinka, reached the Wimbledon quarterfinals for the second year in a row, defeating No. 16 David Goffin, while Gasquet ended the eventful run of No. 26 Nick Kyrgios 7-5, 6-1, 6-7 (7), 7-6 (6). Kyrgios appeared to stop trying briefly in the second set, half-heartedly swinging at one of Gasquet's serves and simply walking away as another zipped past.

Afterward, Murray said about his shoulder: ''It feels better than it did three, four days ago, which is positive.''

After reaching a Slam quarterfinal for the first time in singles, Pospisil went back out on court for doubles - and lost to Murray's older brother, Jamie.