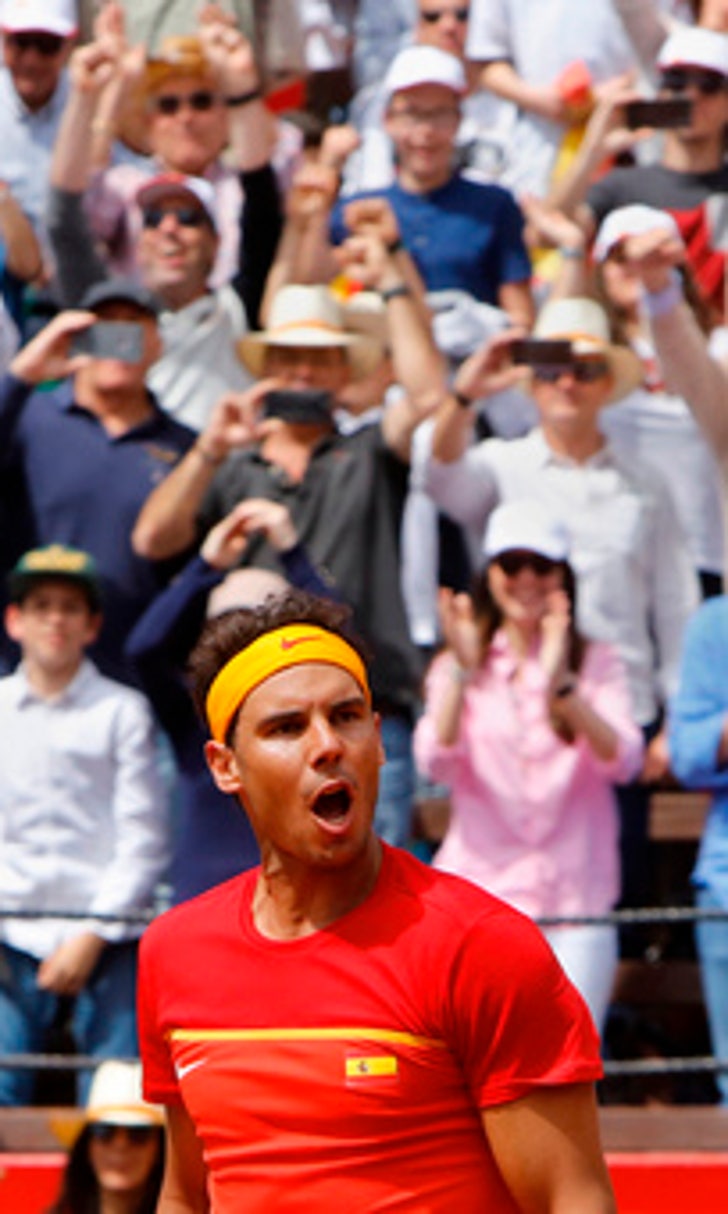 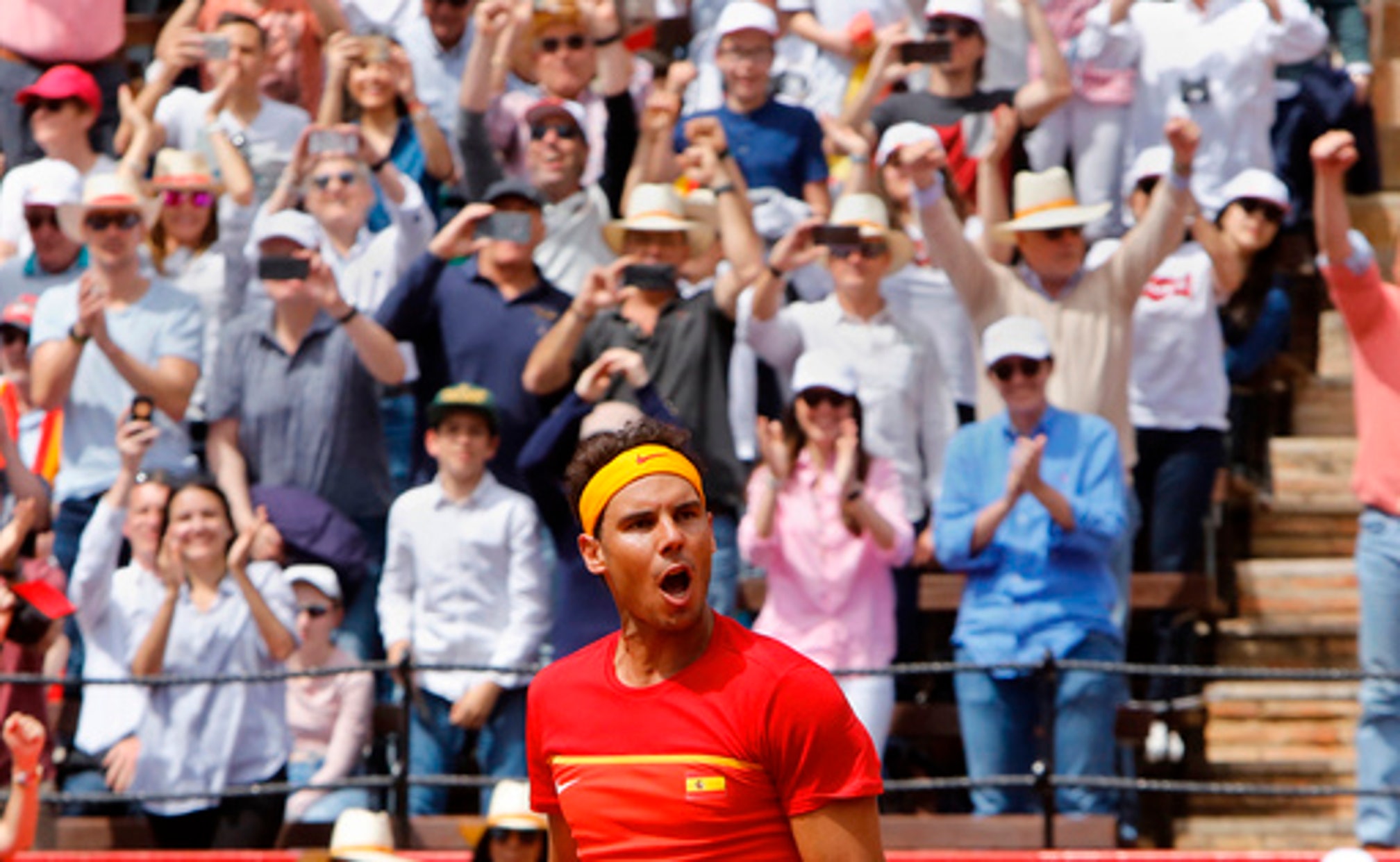 MONACO (AP) Rafael Nadal remains on course to retain his Monte Carlo Masters title and won't have Novak Djokovic standing in his way.

The top-ranked Nadal beat big-hitting Russian Karen Khachanov 6-3, 6-2 on Friday to reach the quarterfinals, clinching victory with a clinical smash at the net. The 10-time champion next faces fifth-seeded Dominic Thiem, who earlier won 6-7 (2), 6-2, 6-3 against Djokovic.

''(Thiem) plays so good on every surface but especially on clay. He hits the ball hard,'' said Nadal. ''I can't let him play from good positions because he has lot of power and it will be so difficult to control him.''

Thiem can take confidence from having beaten Nadal twice on clay, including in the quarterfinals of last year's Rome Masters.

''It's a way better feeling if you go against him and know that you've beaten him already on this surface,'' Thiem said. ''It's the ultimate challenge to play against him. I have to raise my level again.''

Djokovic was once Nadal's nemesis, even on clay. He ended the Spanish player's 46-match winning run by beating him in the 2013 final, and then won the tournament in 2015.

But the former top-ranked Serb, who has won 12 majors, is searching for form and confidence now.

A day after needing 10 match points to advance, Djokovic didn't even come close to getting one. Although he says he is finally playing pain-free after two years of struggles with a persistent right elbow injury, he was often on the back foot against Thiem.

He saved one match point against Thiem, but indecision cost him on the second as the ninth-seeded Djokovic seemed to change his mind over which shot to play at the net.

Djokovic did save three set points in the first set, and the momentum carried over into the tiebreak. But his backhand let him down after that, with Thiem getting consecutive breaks and holding for the second set when his opponent patted a two-handed backhand into the net.

Still, after so much injury frustration, Djokovic was encouraged about coming through three matches without any relapse.

''I played without pain, which is important,'' he said. ''I'm really happy with the way things are working out right now with the elbow.''

Djokovic needs to sharpen up, however, and says he will play at the Barcelona Open or Hungarian Open next week.

''I'm lacking matches. That's why it's important for me to play, to use every opportunity possible,'' he said. ''I have planned Madrid and Rome after that ... I would like to build my form so I can peak at Roland Garros.''

Nadal's victory could have been even more efficient but he surprisingly dropped his serve in the seventh game of the first set. He broke straight back and then took complete control.

Second seed Marin Cilic advanced without hitting a ball after Milos Raonic pulled out through injury. The Australian Open runner-up next plays Kei Nishikori of Japan, who beat Andreas Seppi 6-0, 2-6, 6-3.

Raonic said he hurt his right knee during his second-round win on Wednesday.

''It was difficult yesterday early in the match, I rotated on my knee. I thought through treatment and so-forth it would be better,'' Raonic said. ''I was predisposed to some risk and I was unable to play with that amount of pain. I'll know more in the (coming) days.''

After losing his serve to trail 4-1, Bautista Agut cleared a ball from the back of the court as a ball boy was sprinting across. The ball, which was traveling slowly, bounced and clipped the ball boy on the head.

The Spanish player raised a hand in apology but received a warning from the umpire. He was fined 2,500 euros ($3,100) for unsportsmanlike conduct.