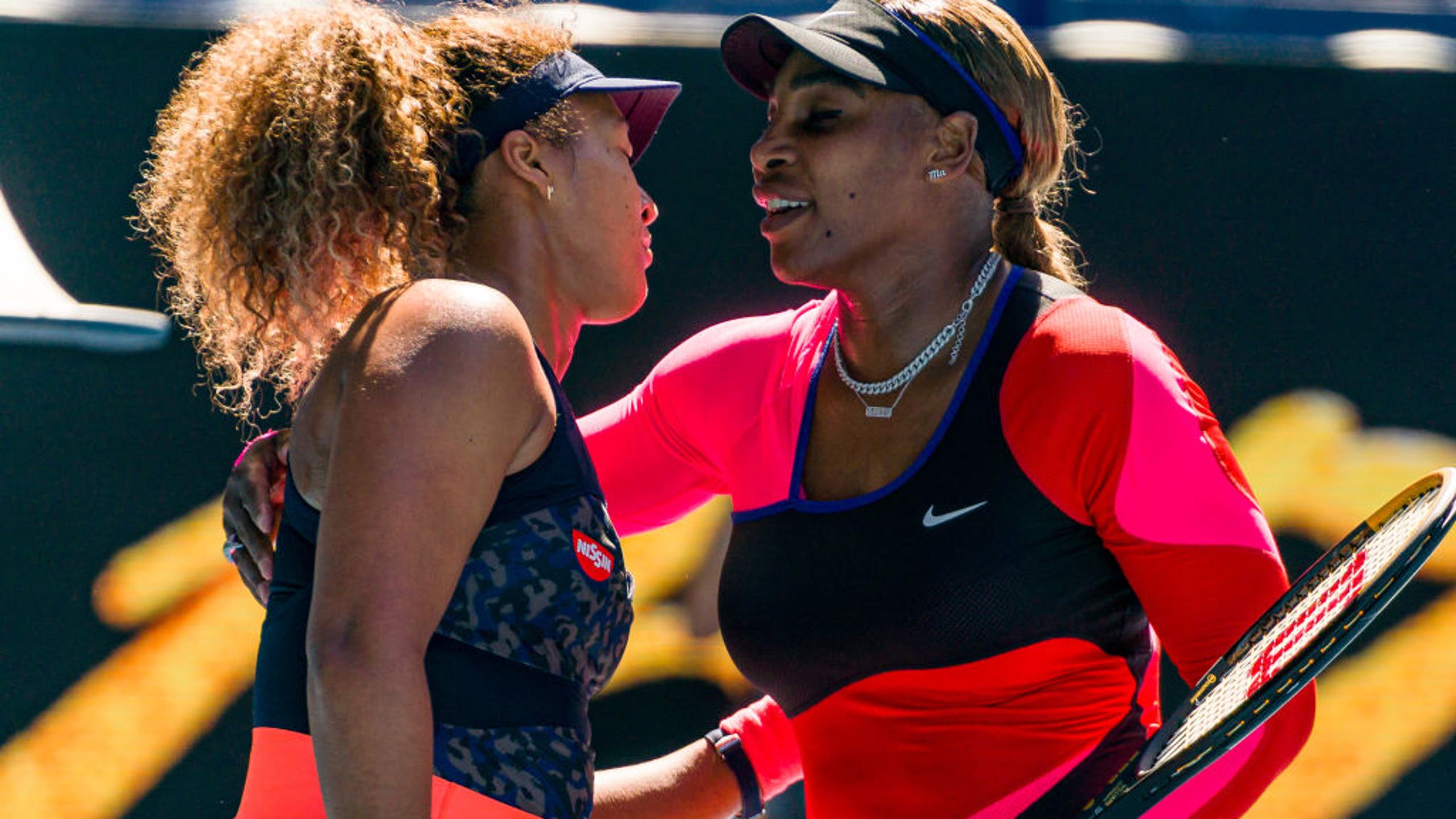 previous story
Philadelphia Eagles trade Carson Wentz to Indianapolis Colts
next story
Will Carson Wentz be fixed by trade to the Colts?
tennis

After Naomi Osaka beat Serena Williams in the semifinals of the Australian Open, the two approached each other. They embraced quickly over the net — Osaka might’ve whispered something, it was hard to tell — and Williams smiled.

For the second time in three years, Osaka had defeated her idol and the reason her career began at all: Osaka’s father began teaching her and her sister, Mari, how to play tennis after watching Williams and her sister, Venus, in the 1999 French Open.

Williams, of course, isn’t just Osaka’s idol. She’s arguably the greatest athlete of all time and inarguably the most dominant tennis player ever.

That’s right, folks. Wednesday night gave fans one of the most seductive narratives in sports: a matchup between the GOAT and an heir apparent.

An emotional Williams left her post-match media session in tears and didn't want to discuss her future after losing in the semifinals of a major for just the seventh in her first 28 trips.

Since 2011, however, Williams has struggled comparatively. She has won only two tournaments in her last 12 appearances.

Still, Williams is ranked 11th in the world and jumped out to a 2-0 start against Osaka. She worked hard on her conditioning before the first major of the year and showed up with quick feet in a stunning one-legged catsuit, a tribute to Florence Griffith Joyner, the fastest woman of all time.

Even though she couldn’t get past the third-ranked Osaka, you’d never know there was a 16 year age gap between the two.

"I was just really nervous and scared at the beginning, and then I kind of eased into it," Osaka admitted after the match, when asked about her shakiness at the start.

Osaka quickly found her footing. Williams couldn’t close, often lunging in the wrong direction like a goalie who guessed wrong during penalty kicks when Osaka was in a neutral position. So Osaka did what great competitors do — she took the opening and came back to defeat Williams in straight sets.

It was the first time the two had played each other in a major since their memorable meeting in the 2018 U.S. Open final.

You all remember that, right? When the chair umpire gave Williams three code violations because he thought she was receiving coaching from the stands, the last of which ended in a game penalty? Williams said she’d "rather lose than cheat," and the crowd had her back, booing Osaka in the first Grand Slam Final of her career.

After beating Wiliams in straight sets (sound familiar?), Osaka said, "I'm sorry. I know that everyone was cheering for her, and I'm sorry that it had to end like this. I just want to say thank you for watching the match. Thank you."

There were no apologies this week. Osaka has won two more Grand Slams since she first faced Williams, the 2019 Australian Open and 2020 U.S. Open. In 2019, Osaka became the first Asian player to be ranked No. 1, and in 2020, she became the world’s highest-paid female athlete, passing — you guessed it — Williams to claim that title.

After her victory Wednesday, Osaka is now 11-0 in the quarterfinals and beyond of every major she has played in.

"Well, I think we both have had closure, and we have reached out to each other," Williams said before the match. "I have definitely reached out. I think she’s a great competitor and a cool cat."

These are the narratives of succession. What’s more compelling than stories about mothers and daughters, fathers and sons, empires, crowns, dynasties? They’re about the passing of time, and give us a beginning and an end — or at least a glimpse of what could be both — in one beautifully satisfying package.

What’s more human than that?

We mark time with milestones and the emergence of new generations. Williams is now even teaching her 3-year-old daughter to play tennis after winning the 2017 Australian Open while pregnant with her.

Great matchups catalog passing years in the most physical way possible: The experience is visceral; fans watch it, hear it, feel about it. With Wednesday's match starting in prime time at 10 p.m. ET back in the States, it felt like the entire sports world was watching. It seemed like everyone sensed how monumental the moment was.

In this case, there’s something even more profound about the torch passing between two women who wouldn’t even have been allowed to belong to some country clubs just a few decades ago. It marks not only time, but hard-fought progress. There’s such a long way to go when it comes to rooting racism out of institutions, let alone sports, but moments like these give reason to hope that things do change.

Little girls watching — especially little girls of color —  saw themselves on one of the biggest and historically whitest stages sports has to offer.

And everyone who didn’t look at that stage and see themselves still watched these two phenomenal Black women compete at the highest level. That matters just as much.

Who knows if we’ll see Williams and Osaka face off again? But a match like this one is fundamentally hopeful — even if the newcomers don’t win, they’re young and could still be next. And when the GOAT doesn’t win?

Well, if Williams has taught us anything, it’s not to count her out.

Charlotte Wilder is a general columnist, reporter and co-host of "The People's Sports Podcast" for FOX Sports. She's honored to represent the constantly neglected Boston area in sports media, loves talking to sports fans about their feelings and is happiest eating a hot dog in a ballpark or nachos in a stadium. Follower her on Twitter @TheWilderThings.

Get more from tennis Add to your favorites to get information about games, news and more.
in this topic
share story 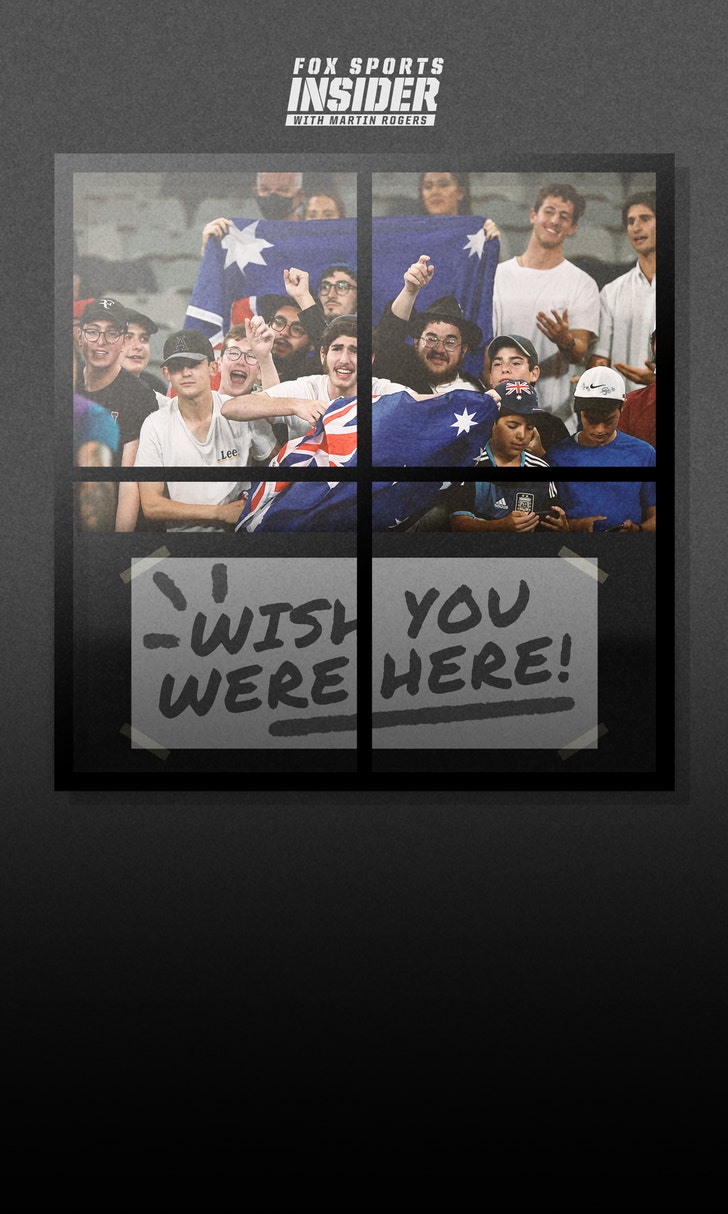 A Glimpse Of Hope

A Glimpse Of Hope
Watching the Australian Open has given sports fans a glimpse into a hopeful future, Martin Rogers writes.
February 11
those were the latest stories
Want to see more?
View All Stories
Fox Sports™ and © 2021 Fox Media LLC and Fox Sports Interactive Media, LLC. All rights reserved. Use of this website (including any and all parts and components) constitutes your acceptance of these Terms of Use and Updated Privacy Policy. Advertising Choices. Do Not Sell my Personal Info