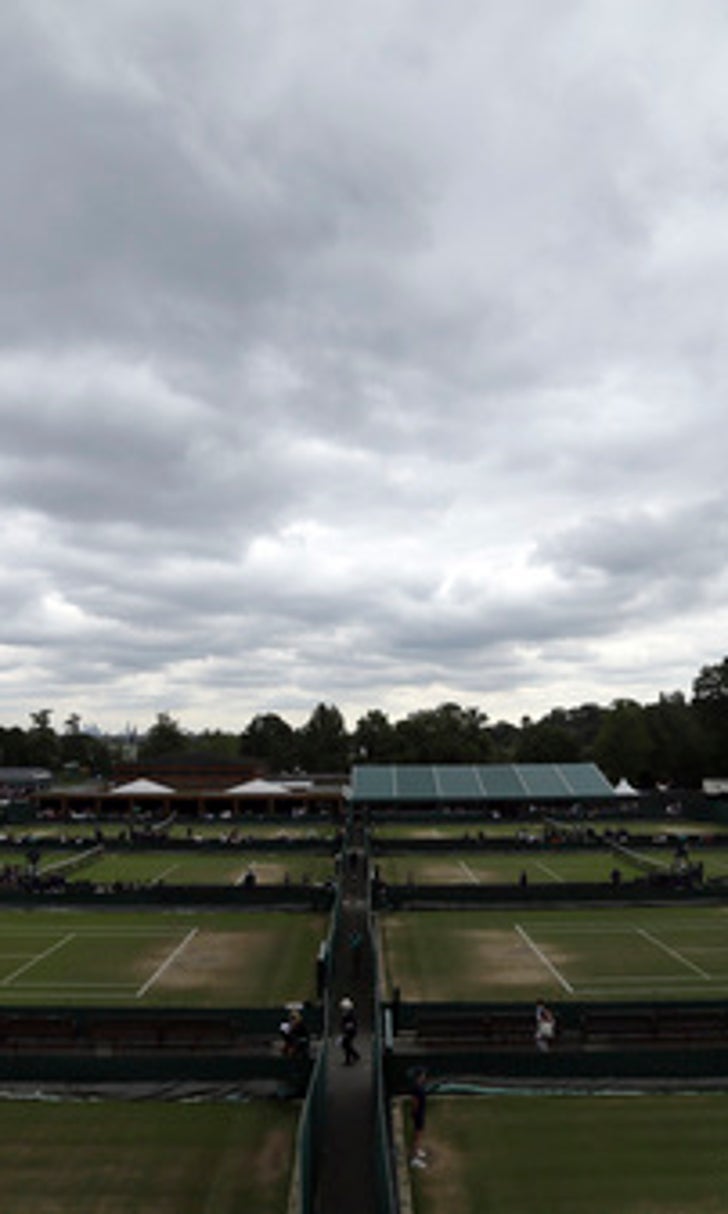 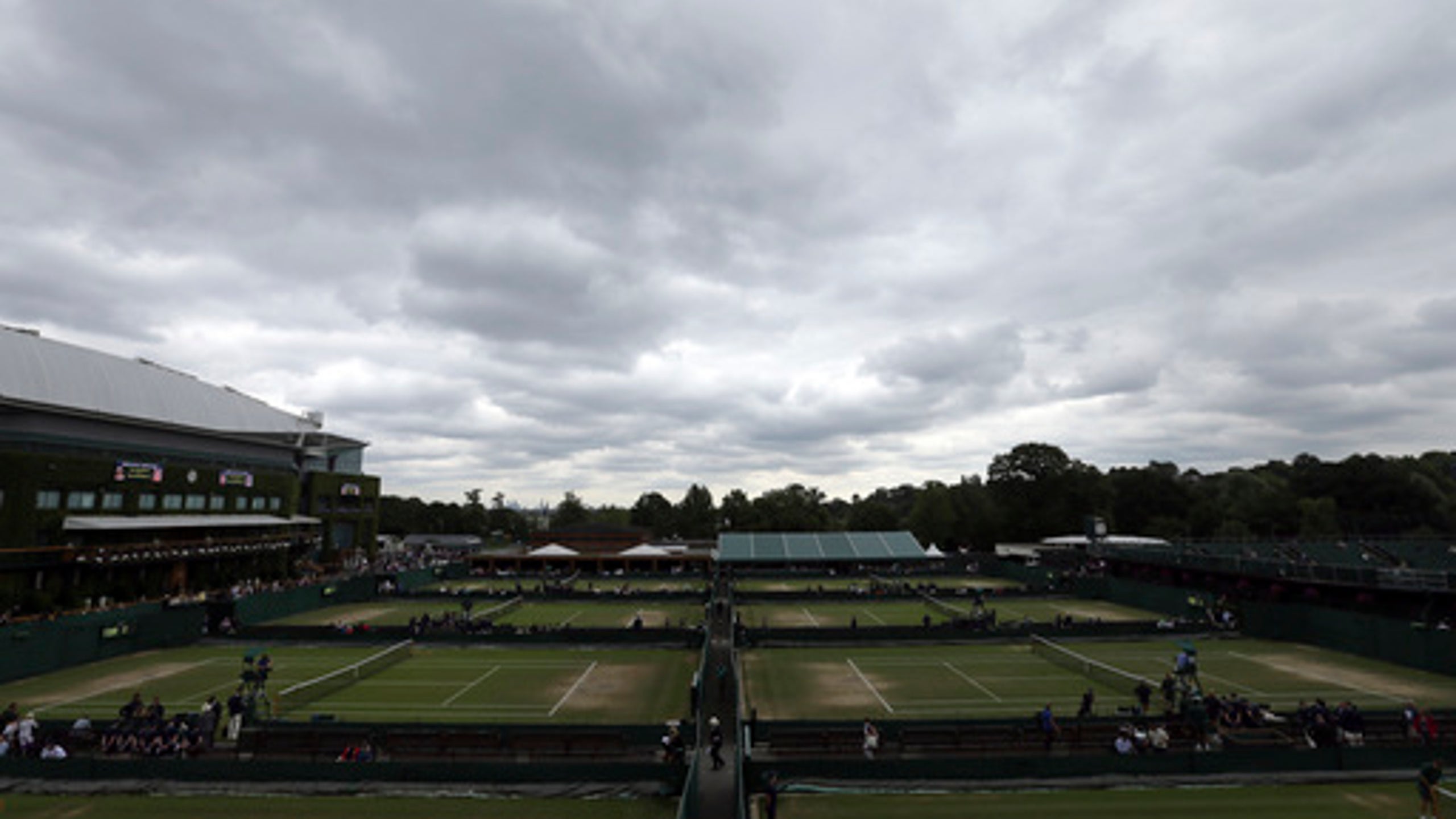 previous story
Konta teaching history at Wimbledon with another victory
next story
The Latest: Cano's homer in 10th gives AL a 2-1 All-Star win

At 37, Venus Williams into 10th Wimbledon semi; Konta next

LONDON (AP) Venus Williams' mother could not stop smiling and laughing. She had just watched her 37-year-old daughter reach the Wimbledon semifinals for the 10th time and, well, the whole thing was just a bit hard to believe.

''She says, `I love my job!' and she means it. I guess she's kind of like a boxer: People think it's time for her to quit because she's too old,'' Oracene Price said after leaving Centre Court, where the roof was shut because of rain Tuesday. ''But she keeps getting back in the ring - and she seems to be doing pretty well. This is really amazing.''

Enjoying a career renaissance deep into her 30s, despite dealing with an energy-sapping disease, Williams rode a strong serve that produced eight aces, imposing returns and her court coverage of old to a 6-3, 7-5 victory over French Open champion Jelena Ostapenko of Latvia, edging closer to a sixth singles title at the All England Club.

''The competition keeps you growing,'' Williams said. ''You have to get better if you want to stay relevant.''

Somehow, at age 37, she's done that. This was her 100th Wimbledon match, coming in her 20th appearance. The first of her trophies at the grass-court tournament came in 2000. And now, for the third match in a row, Williams beat a player who was born in 1997 - after she made her Grand Slam debut that year.

This is not exactly new, though. Williams is the only woman to have made the fourth round at each of the past six majors, and now she's into her third semifinal in that span. She made it that far at Wimbledon last year, too, before losing, and got to the final at the Australian Open in January, when she was beaten by her younger sister, Serena.

Williams revealed in 2011 that she was diagnosed with Sjogren's syndrome, which can sap energy and cause joint pain. As time went on, there were questions about whether she might retire, especially after a half-dozen first-round losses at majors. But she kept going, and with her recent successes, a championship this week would return the American to the top five in the rankings for the first time in six years.

''I just always felt like I have to keep trying,'' said Williams, who repeatedly took advantage of Ostapenko's second serves at around 70 mph (110 kph). ''That's all I felt like.''

To get to what would be her ninth final at the All England Club, the 10th-seeded Williams will need to win Thursday against No. 6 Johanna Konta, the first British woman in the Wimbledon semifinals since Virginia Wade was the runner-up in 1978.

''I definitely feel that age is not a factor with her,'' Konta said about Williams. ''She's just a tremendous champion, and I feel very, very humbled, and I'm very excited to share the court with her again.''

With Wade, the 1977 champion, sitting in the Royal Box, Konta prevented Halep from rising to No. 1 by beating her 6-7 (2), 7-6 (5), 6-4. The result means that Karolina Pliskova, who lost in the second round, will replace Angelique Kerber, who departed in the fourth, atop the rankings next week.

The other semifinal will be Garbine Muguruza of Spain against 87th-ranked Magdalena Rybarikova of Slovakia. Muguruza, the 2015 Wimbledon runner-up and 2016 French Open champion, defeated Svetlana Kuznetsova 6-3, 6-4. Rybarikova, the lowest-ranked Wimbledon semifinalist since 2008, got past 24th-seeded CoCo Vandeweghe of the U.S. 6-3, 6-3 in a match suspended at 2-all in the second set because of showers and moved from Court No. 1 to Centre Court so it could be finished indoors.

Rybarikova had never been past the third round in her 35 previous career majors, including seven opening-round exits in a row at Wimbledon from 2008-14. She missed the second half of last season after wrist and knee operations, and her ranking fell out of the top 400.

''I had a really tough time,'' Rybarikova said, ''and right now, I'm here, and everything paid off.''

In the last men's fourth-round match, Novak Djokovic took a medical timeout to have his right shoulder massaged, and he declared himself disappointed with the condition of the turf in the main stadium. Otherwise, Djokovic had little trouble eliminating 51st-ranked Adrian Mannarino of France 6-2, 7-6 (5), 6-4 in a match postponed Monday night because of darkness.

''It's been something that I've been dragging back and forth for a while now,'' Djokovic said about his shoulder. ''But I'm still managing to play, which is the most important thing.''

The men's quarterfinals Wednesday: Djokovic against Tomas Berdych, Roger Federer against Milos Raonic, defending champion Andy Murray against Sam Querrey, and Marin Cilic against Gilles Muller, who stunned Rafael Nadal in a marathon that ended 15-13 in the fifth set Monday.

Grand Occasion
Novak Djokovic's dominance at the Aussie Open has him two Grand Slam wins away from catching Roger Federer and Rafael Nadal.
6 days ago