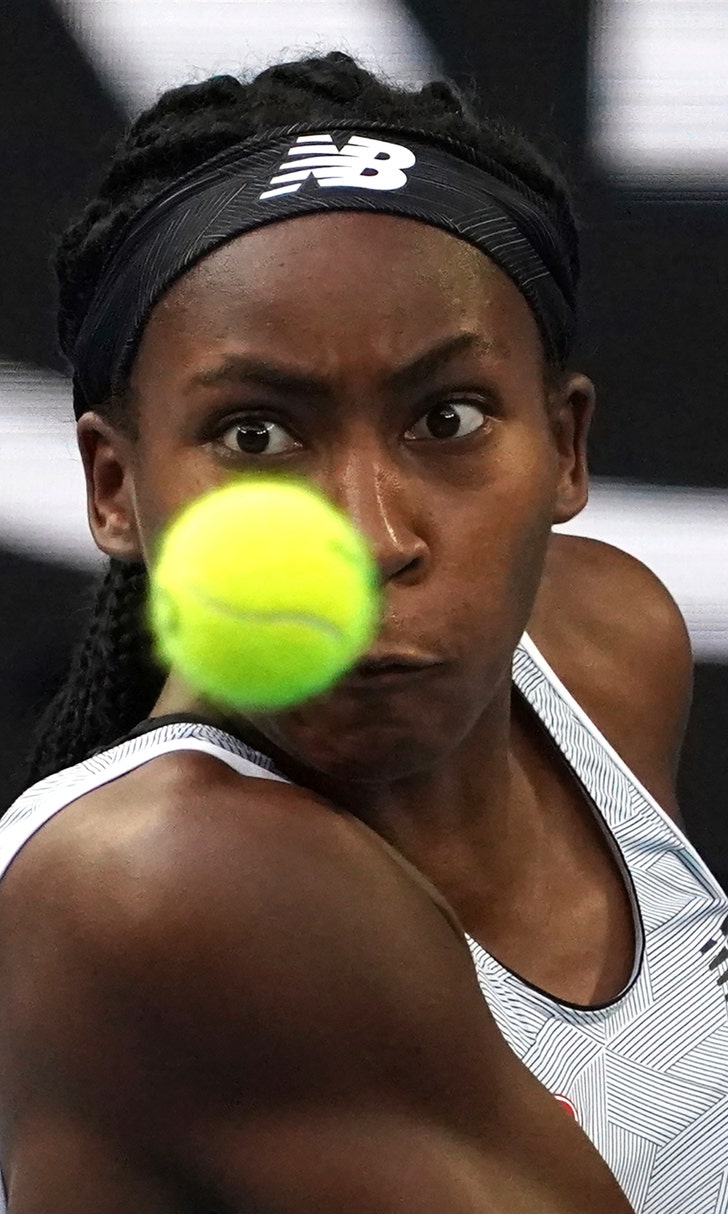 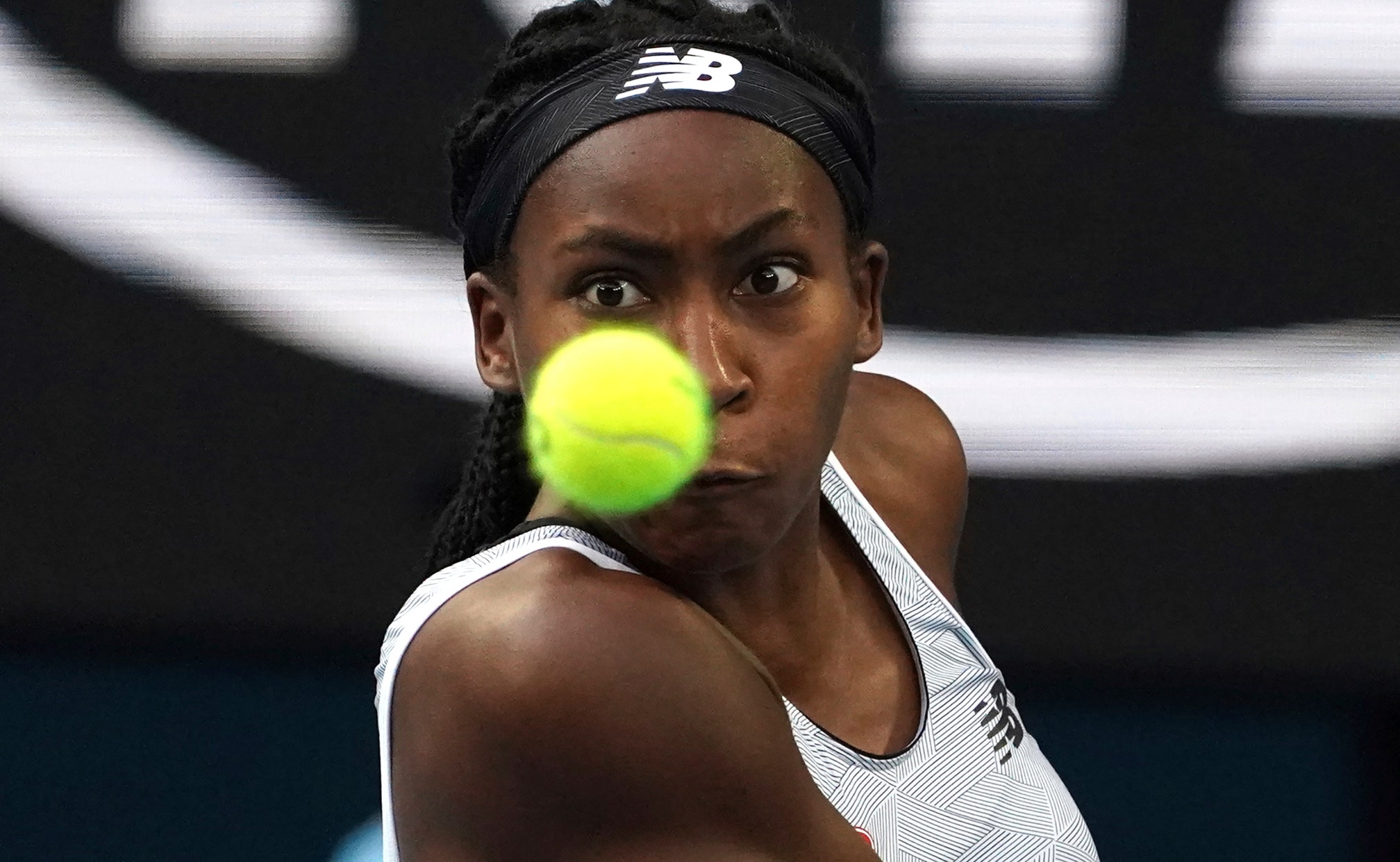 previous story
Brunk leads Indiana to 67-63 win over No. 11 Michigan
next story
With foundation in Mahomes, Chiefs built team for Super Bowl

MELBOURNE, Australia (AP) — Coco Gauff plays nothing like what her age — still just 15 — or her ranking — 67th and rapidly rising — would suggest.

Everyone keeps finding out that no matter an opponent's experience or accolades, no matter the stakes or the stage, Gauff plays with determination and delivers the goods.

Gauff became the youngest player in the professional era to eliminate the reigning women's champion at the Australian Open, beating former No. 1 Naomi Osaka 6-3, 6-4 in the third round at Melbourne Park on Friday.

After the match, during her on-court interview, Gauff turned into a rather typical teen, joking about wanting to take "a selfie for Instagram" with Rod Laver, the 11-time major champion after whom the stadium is named.

“Honestly, like, what is my life? Like, oh, my gosh!” Gauff told the crowd. “Two years ago, I lost first round in juniors and now I'm here. This is crazy.”

She is also the youngest player to beat a top-five opponent in a women's tour-level match since Jennifer Capriati did it at 15 in 1991.

It was the second significant result of Day 5 in Melbourne: In the same quarter of the bracket, 23-time major champion Serena Williams lost to 27th-seeded Wang Qiang 6-4, 6-7 (2), 7-5 earlier.

Gauff pulled this off with some big serving, consistent groundstrokes and by letting Osaka largely be her own undoing.

Osaka made 30 unforced errors, Gauff merely 17. This was a rematch from the third round at the U.S. Open last September; Osaka won that one in straight sets, then consoled a crying Gauff afterward and encouraged her to speak to the fans.

“Her serve is way better,” Osaka said. "I feel like I wasn't really swinging freely, and she was."

So, Naomi, could you have done something differently?

"Put the ball in the court," came the reply.

Gauff's game is growing so quickly.

Osaka, for her part, made her own rapid ascent to the top of tennis, claiming the trophies at the U.S. Open in 2018 and Australian Open in 2019 to rise to No. 1 in the WTA rankings. She is only 22 herself.

Seems old by comparison, of course.

There were the occasional signs that Gauff is not a fully formed player — or person — just yet. For example, leading by a set and a break, serving at 1-0, 40-15, Gauff double-faulted twice in one game to get broken for the first time. It was a rare lapse, though — and one to be expected at this stage of her life and career.

One reminder of just how young Gauff is: Most of the entrants in this year's junior Australian Open are older than she is.

Another: She is taking online classes and said she's been given permission to turn in homework late, “considering the circumstances.”

Yet another: She doesn't have an official driver's license quite yet, stuck practicing behind the wheel with a learner's permit.

Her play is far beyond her years. Her composure, on and off the court, is remarkable.

That all helped Gauff become the first American in 30 years to reach at least the third round in each of her first three major appearances.

Her next opponent will be either No. 14 seed Sofia Kenin or Zhang Shuai, who were scheduled to meet later Friday night.

So late, in fact, that Gauff said she would have to pass on scouting their match because she would “probably be asleep.”