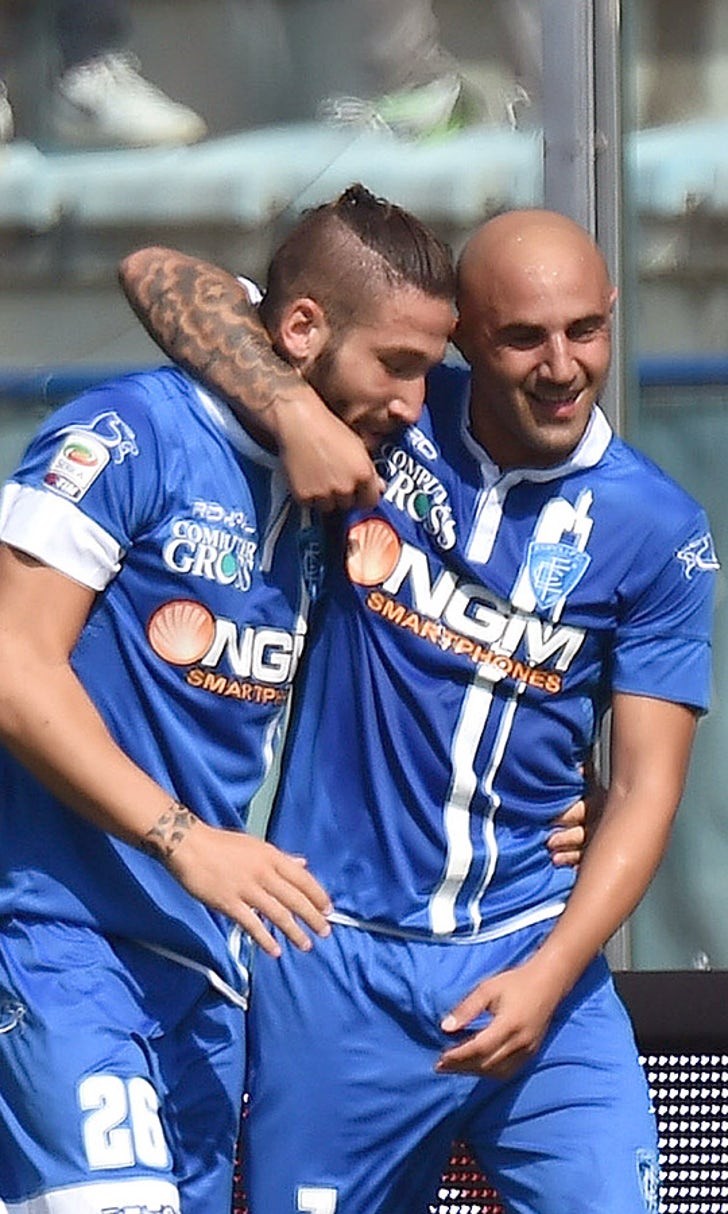 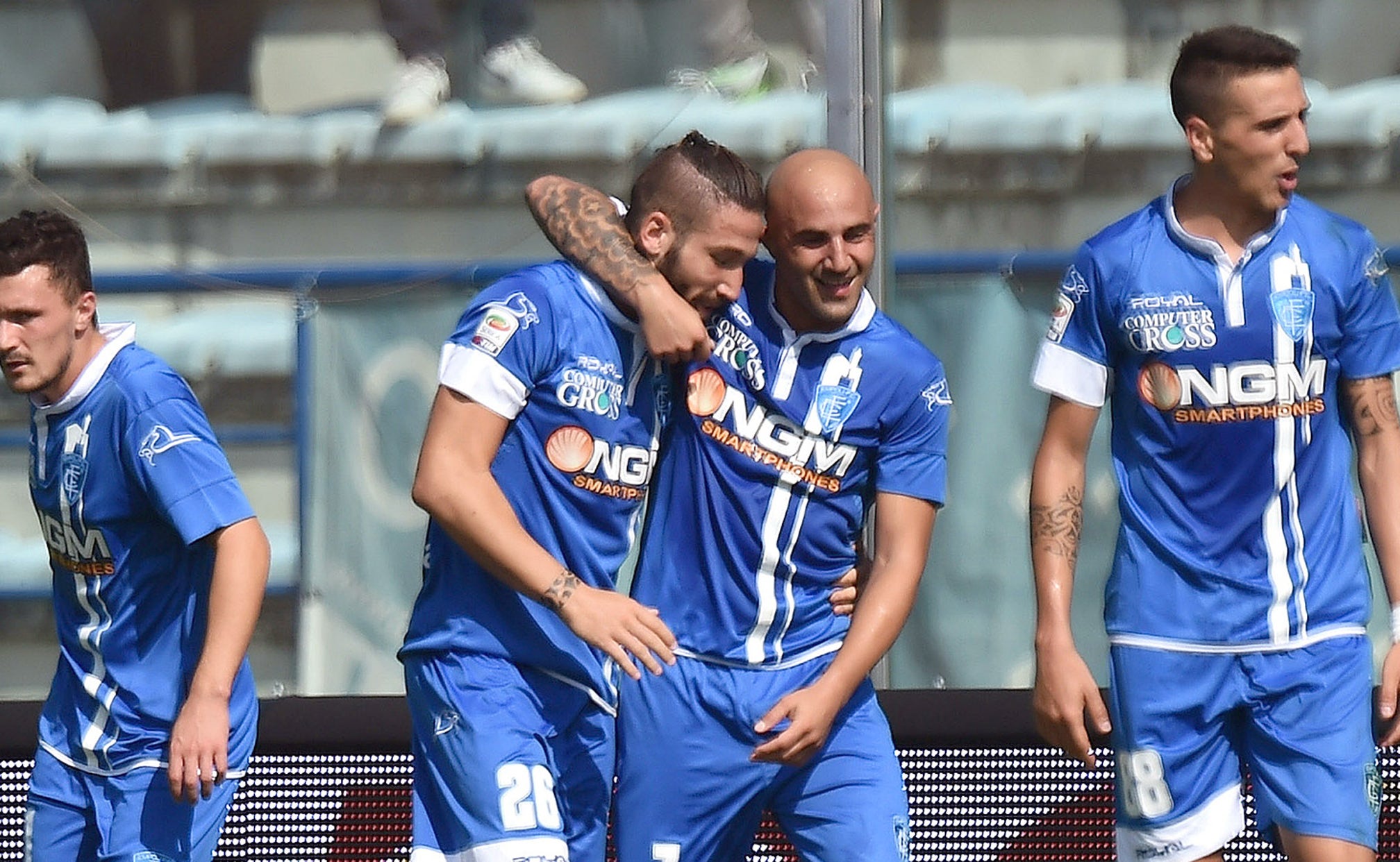 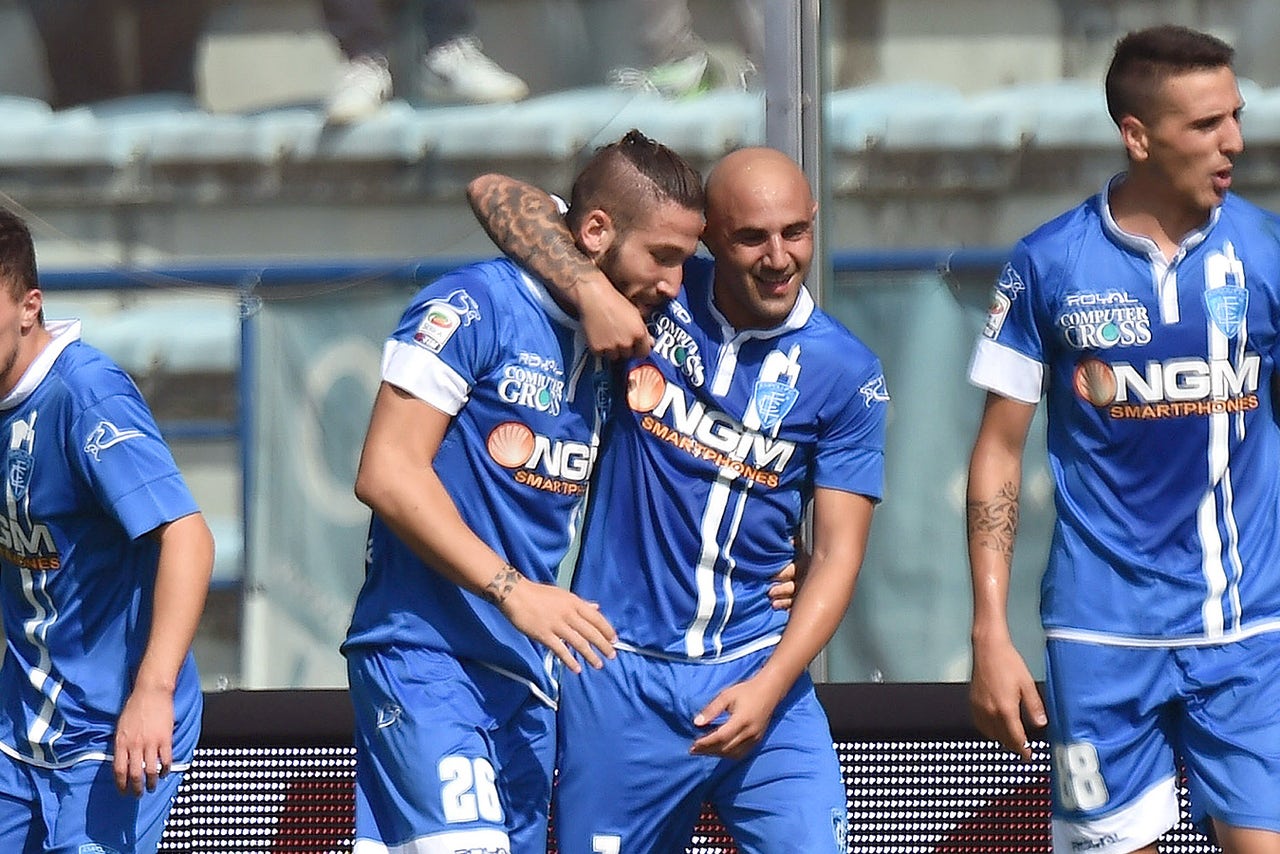 A late penalty saw Udinese held to a 1-1 draw by Cesena as it missed the chance to move provisionally level with Juventus and Roma at the top of Serie A ahead of their hotly anticipated clash on Sunday.

Sampdoria leapfrogged Udinese into third spot with a 1-0 win over Atalanta, while Lazio edged Sassuolo 3-2 in a match that saw both teams reduced to 10 men.

In Udine, Bruno Fernandes looked to have handed the home side the win when he finished off a strong solo run with an angled drive into the bottom right corner, shortly after the hour mark.

However, Emmanuel Cascione leveled from the spot in stoppage time after Silvan Widmer brought down Diego Rodriguez.

Earlier, in a battle between newly promoted sides, Empoli cruised past Palermo 3-0 for its first win of the season.

After the top of the table clash later, Inter Milan visits Fiorentina while Napoli hosts Torino.

Manolo Gabbiadini scored the only goal of the game for Sampdoria, bursting forward to prod Pedro Obiang's long ball past Marco Sportiello 10 minutes from halftime.

In Rome, Lazio captain Stefano Mauri opened the scoring in the ninth minute with a long-range shot that flew into the bottom right corner.

Sassuolo immediately reduced the deficit through Domenico Berardi, who returned from a three-match ban - during which his side had failed to score.

However, Candreva restored Lazio's two-goal cushion in the 35th minute.

Immediately after the break Lorik Cana was sent off for knocking over Berardi in the area and the Sassuolo forward scored the resulting penalty.

But Sassuolo was also reduced to 10 men on the hour when Federico Peluso was sent off for a second booking.

Parma remained in trouble after a late goal saw it fall to a third straight defeat.

Diego Perotti broke the deadlock seven minutes into the second half with his first Serie A goal. But moments after taking the lead Genoa was reduced to 10 men when Facundo Roncaglia was shown a second yellow card.

Massimo Coda leveled with an unusual goal as he chested in Massimo Gobbi's cross from close range.

Genoa snatched victory when Alessandro Matri - who had missed several chances - finished off a counterattack with a stoppage-time strike into the bottom corner.

In the lunchtime kickoff, Massimo Maccarone, Lorenzo Tonelli and Manuel Pucciarelli scored for Empoli. Palermo and Sassuolo are the only teams without a win in Serie A.