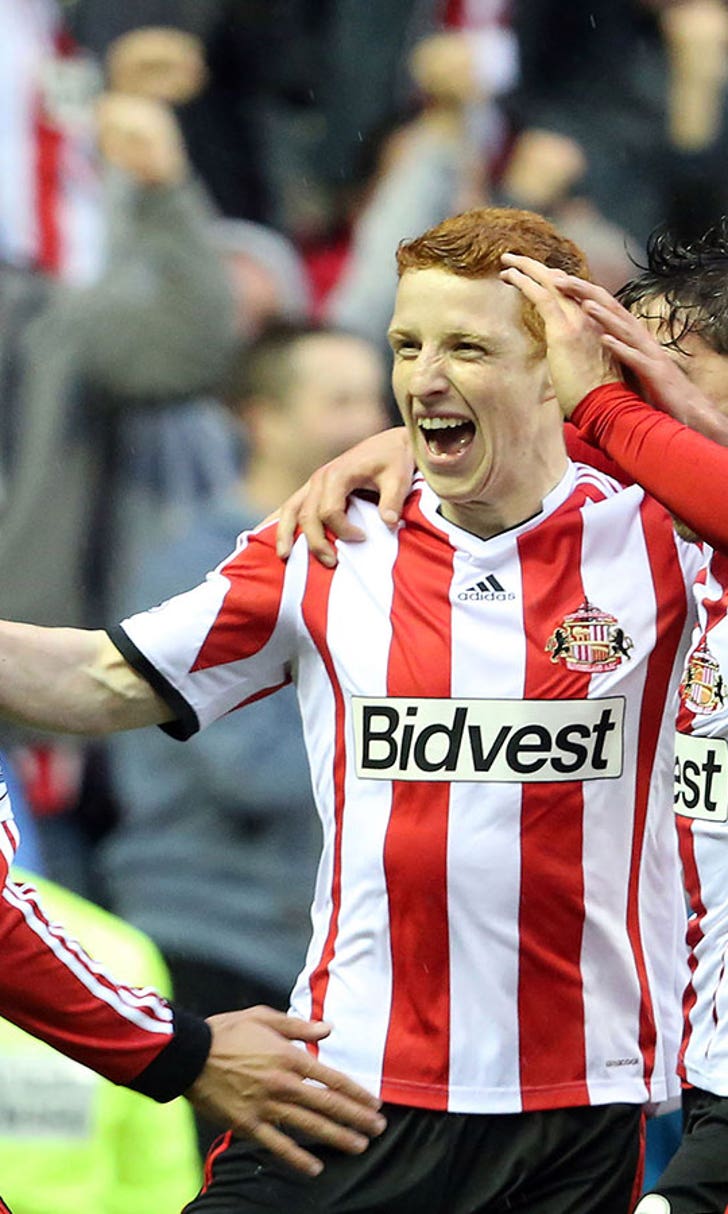 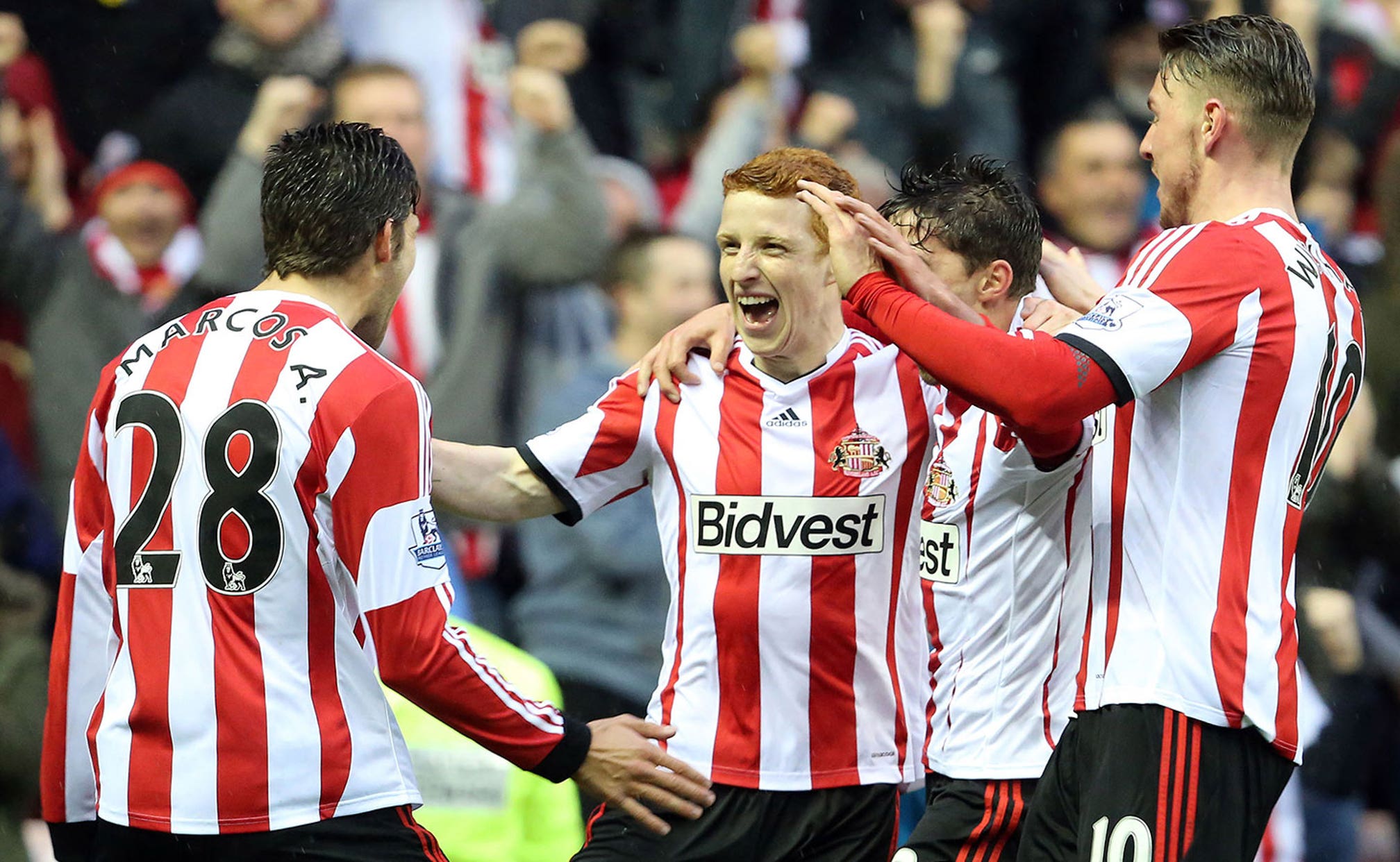 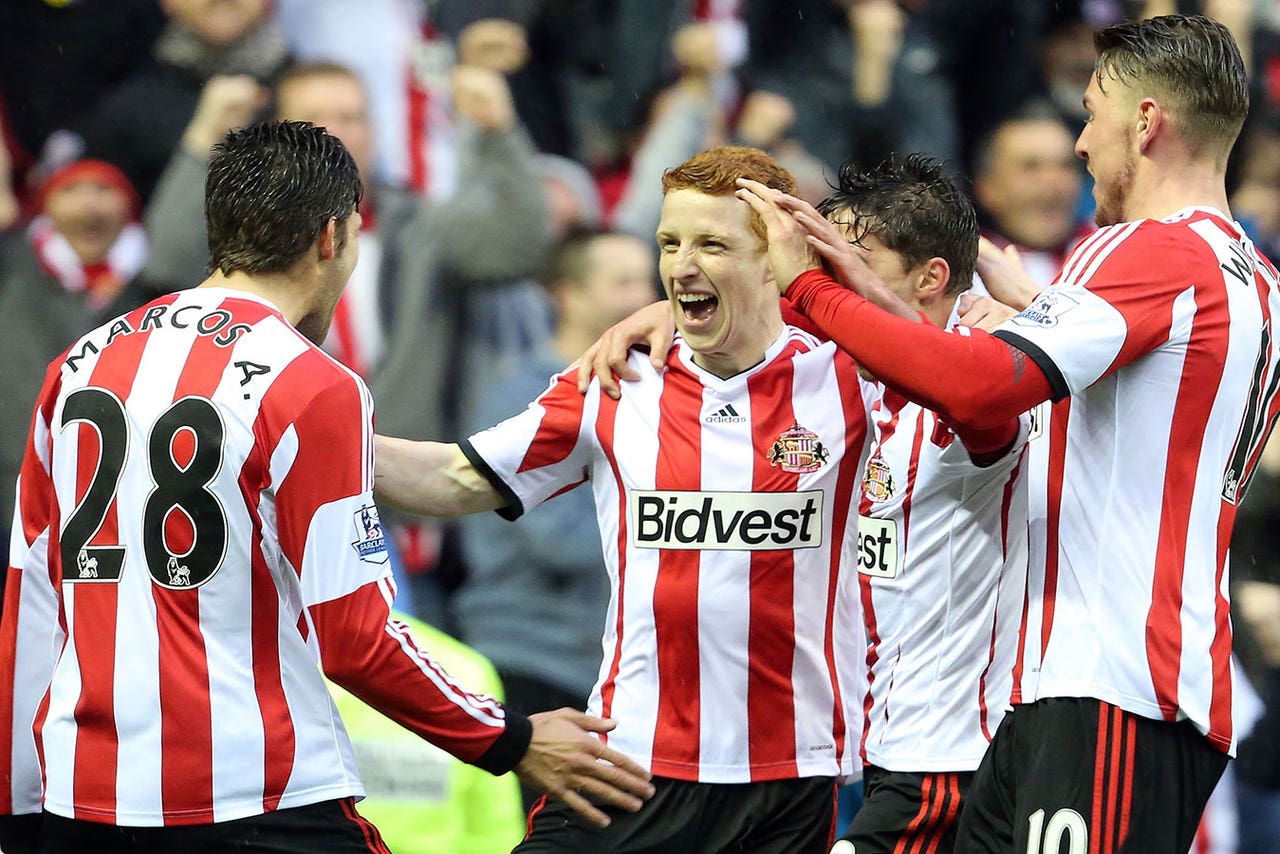 Sunderland completed their great escape and secured their Premier League safety with a 2-0 win over West Brom, leaving Norwich on the cusp of relegation.

Jack Colback slotted home Marcus Alonso's low cross in the first-half to send the Black Cats on their way, before a sublime effort from Fabio Borini rounded off the scoring. It turned out to be a comfortable evening for the home side, as they recorded four straight Premier League victories for the first time since 2000 in front of a bumper crowd of over 45,000.

A run of three straight wins prior to the match - including memorable triumphs over Chelsea and Manchester United - left the Black Cats needing a victory to complete a seemingly unlikely revival from the foot of the table; a position they occupied as late as a fortnight ago. The home side burst out of the blocks early on and could have been ahead in the eighth minute, when Borini's 20-yard piledriver stung the hands of Baggies keeper Ben Foster, who did well to keep it out.

Just six minutes later their early dominance paid off however, when Alonso found space down the right to cross to Colback, who applied the calm finish to send the Stadium of Light into raptures. Lee Cattermole was in sparkling form for the Mackems, and he opened up the Baggies defense not for the first time just after 20 minutes, but Adam Johnson could not quite capitalize on the space.

Sunderland's in-form hero Connor Wickham then came to the fore, first forcing a corner from Alonso's deep cross then skying an effort when well placed after Colback's lay-off. But again, West Brom failed to heed the warning signs, and were 2-0 down just moments later after an excellently-worked Sunderland goal.

Borini received the ball some 30 yards out, and played a simple pass to Larsson. Larsson's deft lobbed pass then fell perfectly into the stride of the Italian's continued run, and the Liverpool loanee thrashed the ball home past Foster. Just before the first-half came to a close the visitors had their first real sniff at goal, but Vito Mannone was alert enough to keep out Saido Berahino's curling effort.

Baggies boss Pepe Mel saw fit to change his side around after their insipid first-half showing, bringing on Craig Dawson and Youssouf Mulumbu to shore up a waning midfield. It nearly paid dividends early on, as Dawson's well-placed cross nearly gave Victor Anichebe the chance to half the deficit, but the striker couldn't quite reach the delivery.

10 minutes into the second half it was Dawson again who was at the core of West Brom's attacking play, hitting in a low cross that again Anichebe failed to convert. Just after the hour mark West Brom nearly found their equaliser, after the lively Stephane Sessegnon wriggled into space in the area before dragging his shot wide of the post.

Sunderland remained in control however, and on 64 minutes they should have been 3-0 up when Borini and Colback combined excellently to find substitute Jozy Altidore at the back post, but the American managed to miss the open goal. Five minutes later it was Borini again at the heart of things, receiving the ball with his back to goal before turning rapidly and playing in a bursting Santiago Vergini, but the defender's effort was dragged just wide.

The chances dried up as the game wore on, but Italian Mannone was made to earn his clean sheet in the final few minutes, first saving from Chris Brunt's cross and then Morrison's powerful effort. Sunderland comfortably held on however, becoming the second side - after Wednesday's opponents - to escape relegation having been bottom on Christmas Day.