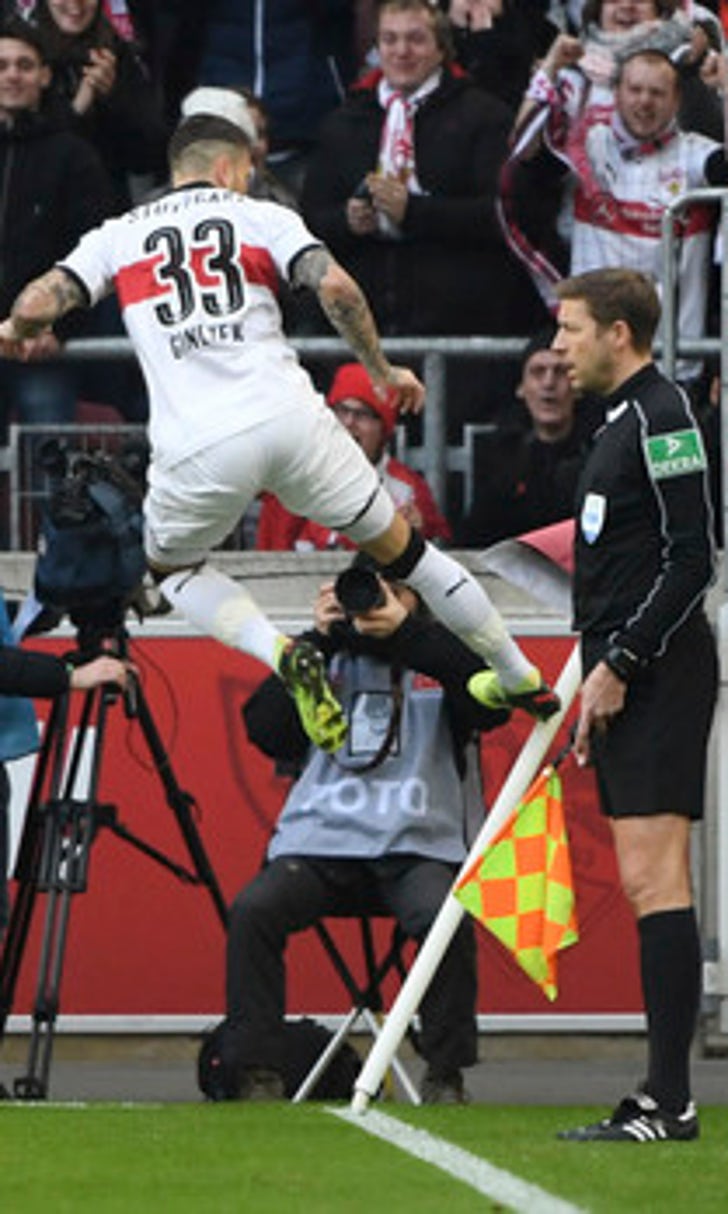 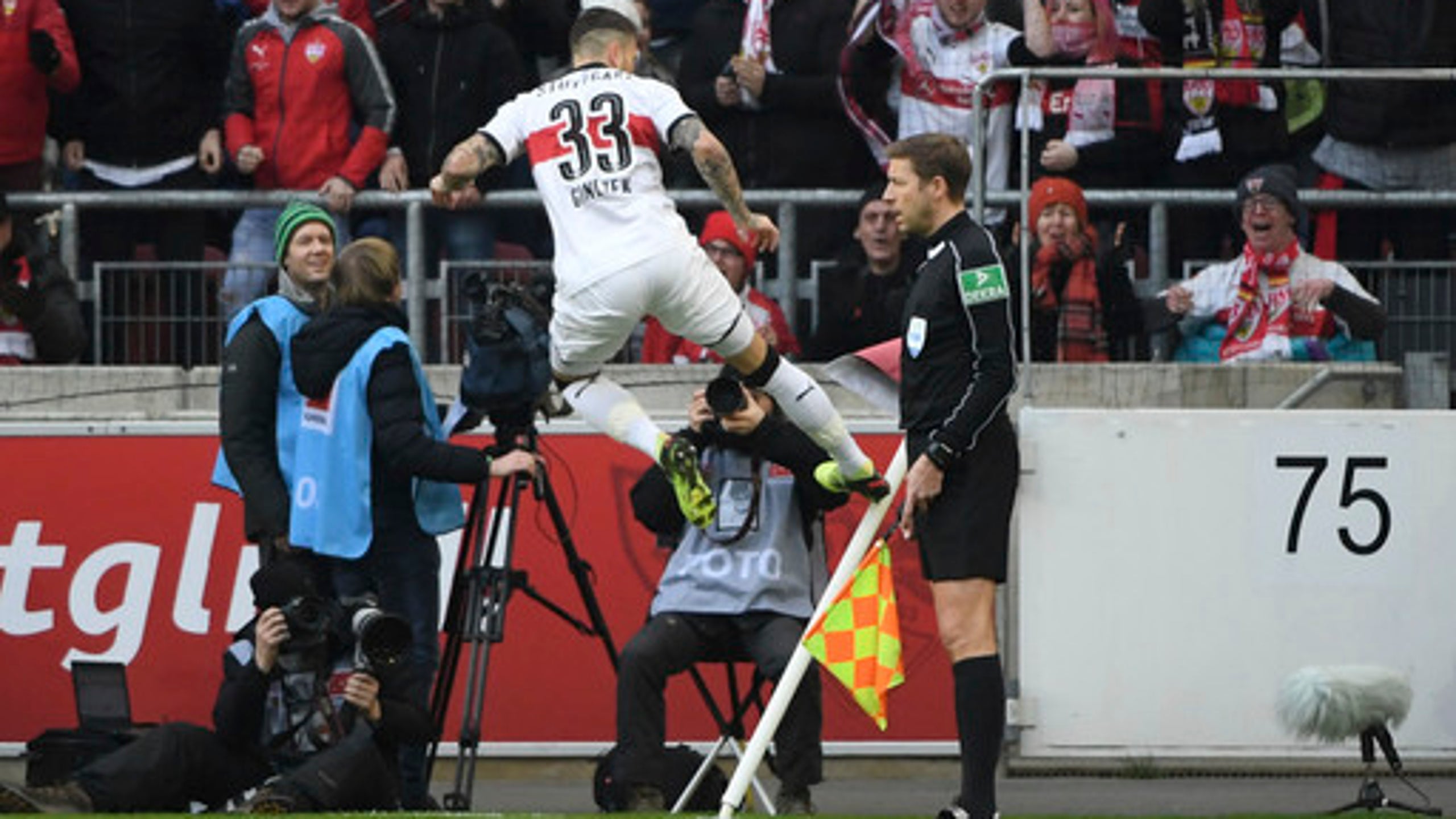 Bremen enjoyed a 3-1 victory over Wolfsburg in the late game, while Daniel Ginczek's early goal was enough for Stuttgart's 1-0 win against Borussia Moenchengladbach.

It was Tayfun Korkut's first win in his second game as Stuttgart coach.

''We turned last week's point to gold,'' said Korkut, whose side moved four points above the relegation zone with 12 rounds remaining.

Korkut received a cool welcome from Stuttgart fans after his appointment as Hannes Wolf's replacement on Jan. 29.

Korkut's previous spells in charge of Bayer Leverkusen, Kaiserslautern and Hannover did not inspire confidence, while the 36-year-old Wolf was popular after leading Stuttgart to promotion as second division champion last season. But Wolf ran out of time after Stuttgart slumped to six defeats in seven Bundesliga games.

Ginczek scored in the fifth minute after being set up by strike partner Mario Gomez.

Lars Stindl and Thorgan Hazard came closest to equalizing in the first half, while Raffael drew a smart save from Ron-Robert Zieler in the second, but ultimately neither side impressed and Stuttgart managed to hold on.

'Gladbach is 10th after its third straight defeat without scoring.

''It's been the same old story for weeks,'' 'Gladbach coach Dieter Hecking said.

Bremen also got off to a good start as Ludwig Augustinsson scored with a header off a corner in the fifth minute, before Florian Kainz let fly with a curling effort to make it 2-0 five minutes before the break.

Visiting Wolfsburg was given a lifeline after the interval when Robin Knoche earned a penalty. Jiri Pavlenka saved Paul Verhaegh's spot kick but the Wolfsburg captain followed up to score on the rebound.

Kainz followed his first league goal of the season with his second to seal Bremen's win with just over 15 minutes remaining. Max Kruse sent the Austrian through to fire the ball through Koen Casteels' legs.

Bremen moved three points clear of the relegation zone, one point behind Wolfsburg and Stuttgart.