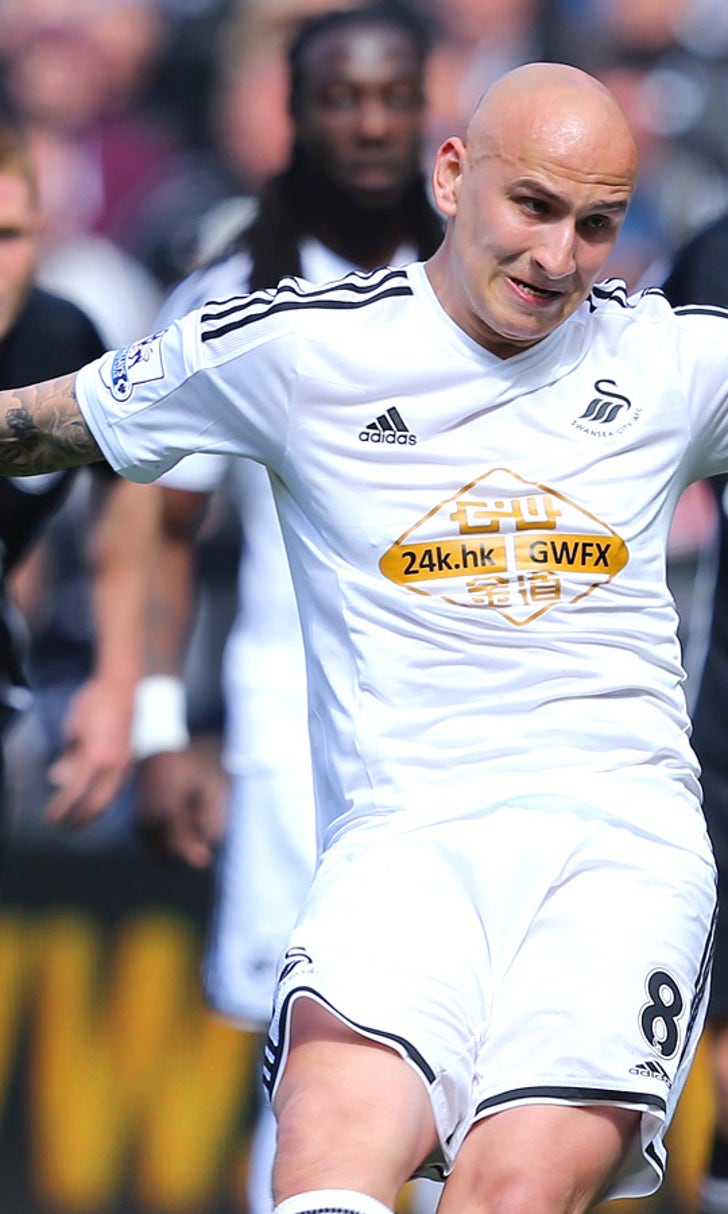 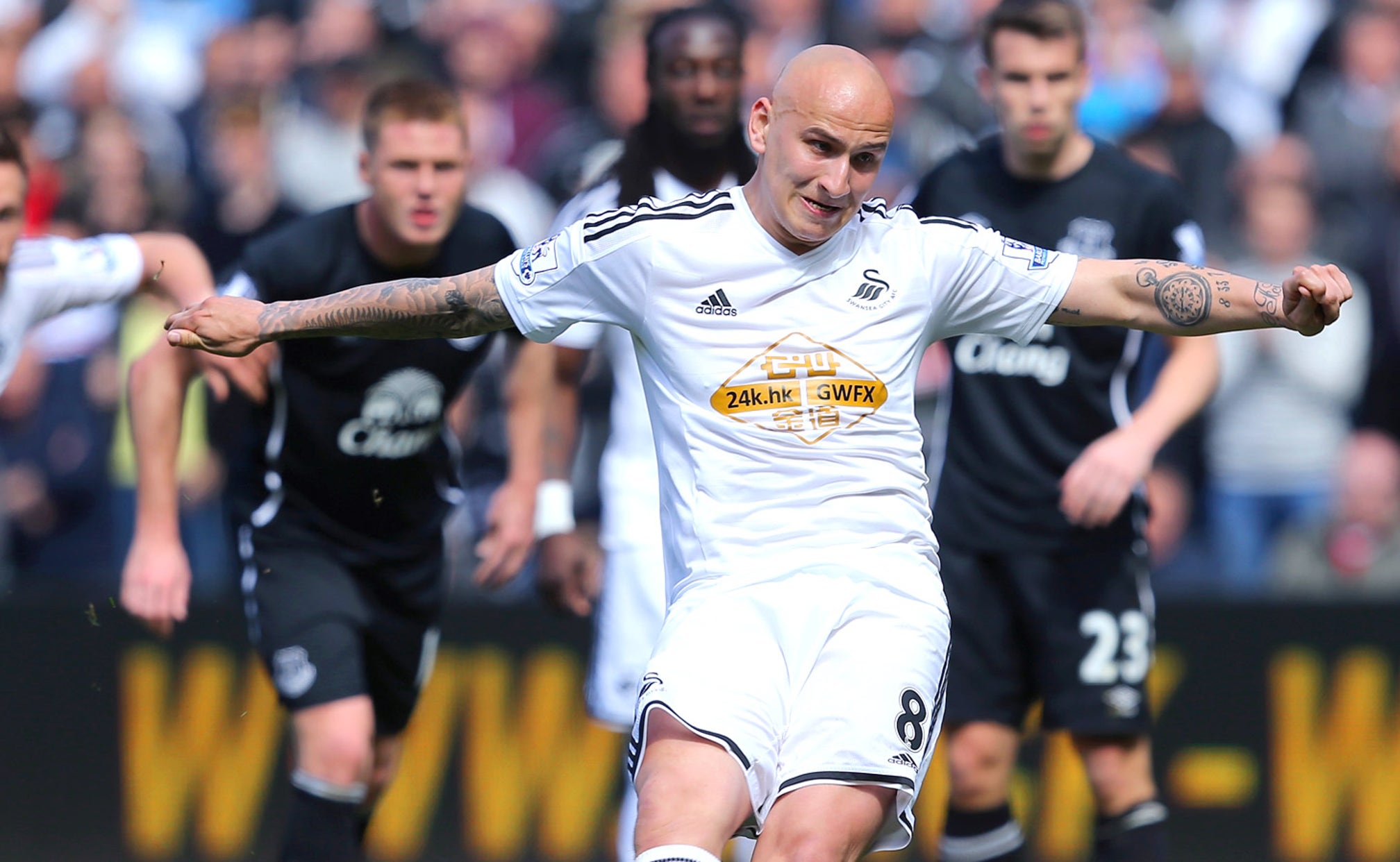 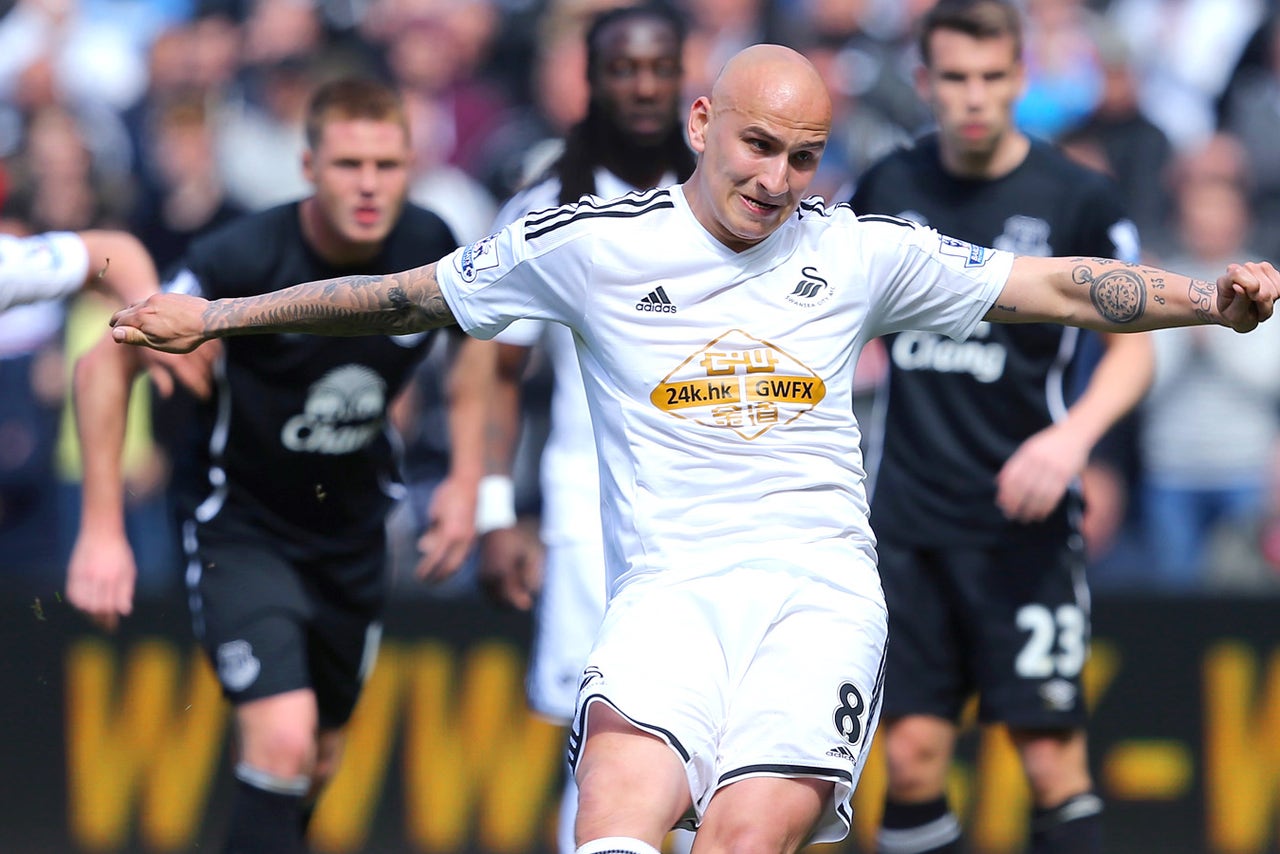 On-loan Lennon grabbed his second goal of his loan spell from Tottenham in the first-half after a flowing move before Shelvey slotted home from the spot in the 69th minute after Seamus Coleman handballed in the area.

The point for Swansea means they have equaled their best ever points haul in the Premier League (47) while Everton are now four games unbeaten and safe in mid-table after being just four points above the relegation zone in February.

Swansea have coped superbly since losing their top scorer Wilfried Bony to Manchester City for £28m, largely thanks to the goals from Bafetimbi Gomis.

The striker had scored three goals in his last two games and came close to opening the scoring on 12 minutes, twisting Phil Jagielka on the edge of the area before hitting a fine strike that was heading for the top corner until Tim Howard intervened with a fine one-handed save.

However, that chance came at a cost as Gomis tweaked his hamstring when shooting and had to be replaced by Marvin Emnes.

Swansea continued to press on and had the ball in the back of net courtesy of a wonderful 30 yard volley from Shelvey but referee Michael Oliver had already blown for a foul on Leighton Baines before Shelvey received the ball.

Coleman tested Lukasz Fabianski with a stinging 25 yard drive on 33 minutes and that seemed to spark Everton into life.

They were ahead seven minutes later.

James McCarthy was the instigator and creator of the goal, linking up brilliantly with Arunda Kone down the left after a quick passing move before sending in a good cross into the box.

Steven Pienaar was inches away from connecting but waiting behind him was Lennon, who took a touch and coolly prodded the ball home from eight yards.

Having previously scored just one goal in his last 66 appearances, Lennon now has bagged two goals in three games for his new club.

Garry Monk must have had a few stern words with his men at half-time as they came out with more purpose and drew the game level on 69 minutes.

Emnes and Coleman battled for the ball on the left hand side of the area and it looked as though the Swansea man pushed the Everton defender to the ground. However, nothing was given by the referee and Coleman, whilst on the floor, scooped the ball away with his hand and a penalty was given.

Howard tried to delay the penalty being taken by time-wasting and was booked but Shelvey, who was sent-off when the two teams met at Goodison Park earlier this season, confidently sent the goalkeeper the wrong way.