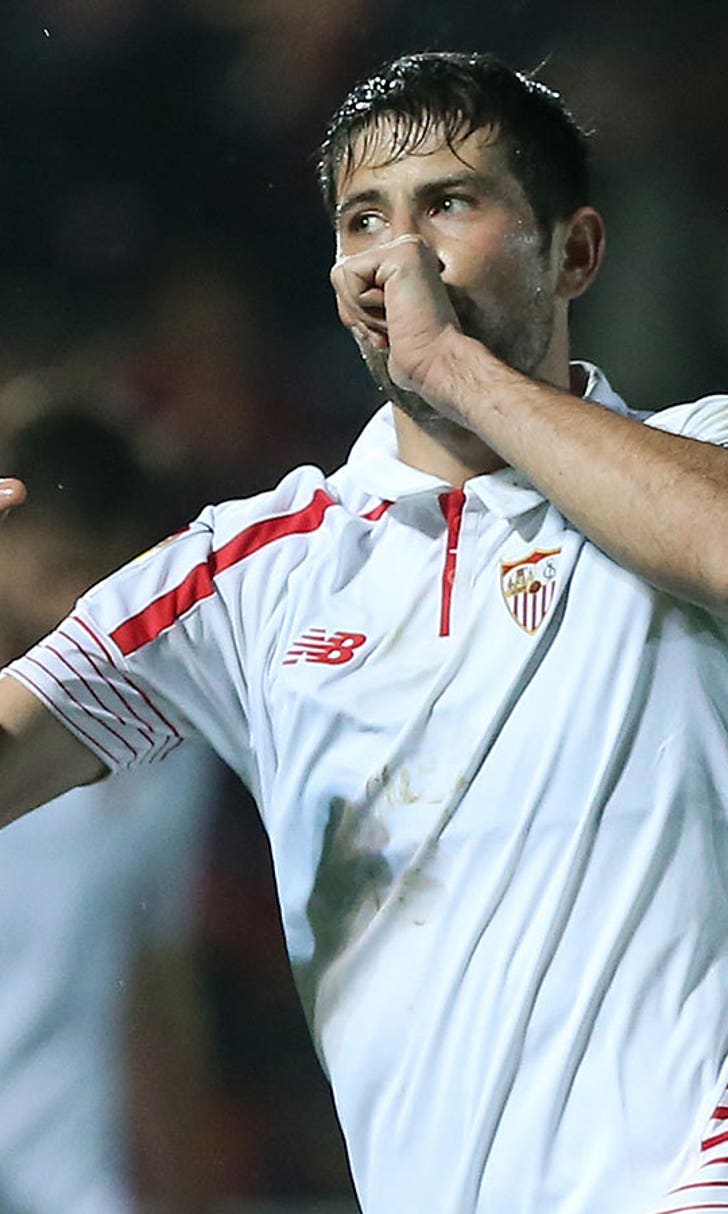 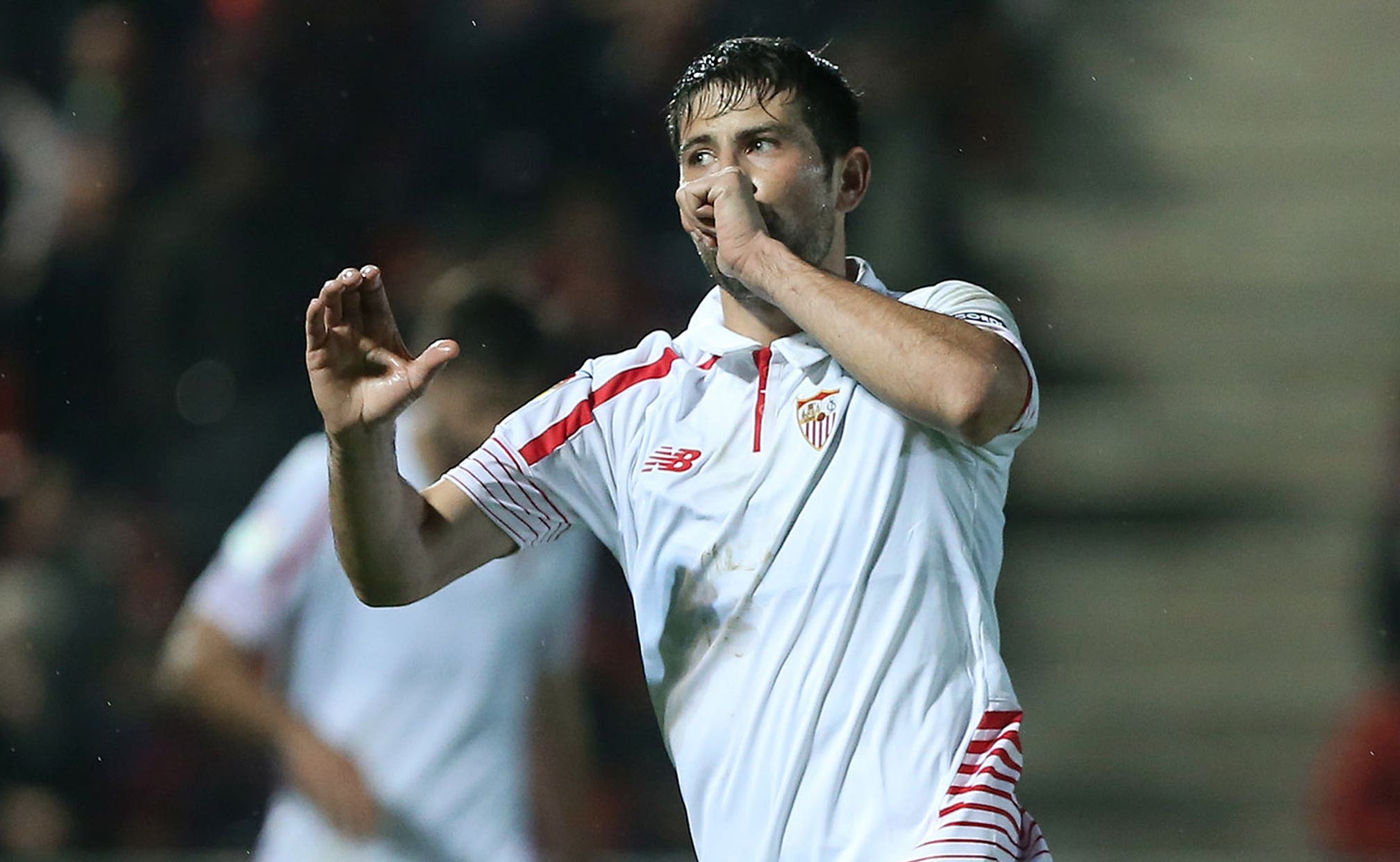 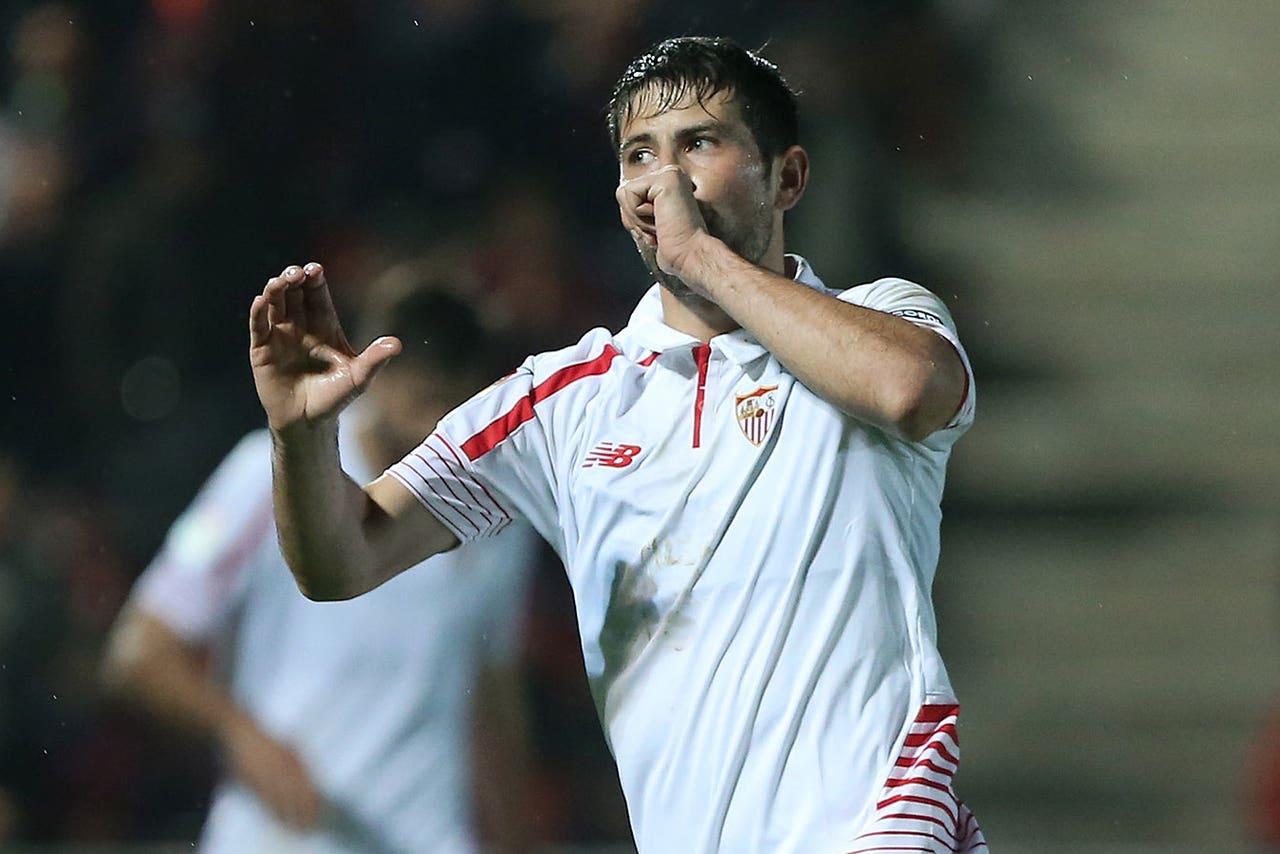 MADRID -- Brazilian striker Rodrigo scored a first-half goal to lead Valencia to a 1-0 win over Las Palmas and send Gary Neville's team into the semifinals of the Copa del Rey on Thursday.

Rodrigo found the net from inside the area in the 20th minute to help Valencia advance 2-1 on aggregate following a 1-1 draw in the first leg in Valencia.

Sevilla also advanced on Thursday thanks to a 3-0 win over second division club Mirandes, reaching the semis 5-0 on aggregate score.

Rodrigo scored Valencia's winner after a nice play by Portuguese midfielder Andre Gomes, redirecting his cross with a left-footed shot from close range. Las Palmas players complained of offside, but replays showed that the Brazilian player appeared to be in legal position.

The victory kept alive Neville's hopes of winning a title this season despite Valencia's struggles in the Spanish league, where it hasn't won in 10 matches.

Sevilla arrived in the northern city of Miranda de Ebro holding a two-goal lead and its early score all but ended the home side's chances of a comeback.

Vicente Iborra opened the scoring after converting a ninth-minute penalty kick, then Juan Munoz added to the lead with a strike in the 70th and Coke Andujar sealed the easy victory with an injury-time header.

''Everything was harder after they scored with the early penalty kick,'' Mirandes goalkeeper Raul Fernandez said. ''We did really well in this tournament, eliminating some top teams. Now we have to move on and focus on getting to the first division.''

Barcelona and Celta Vigo advanced to the semifinals on Wednesday, eliminating Athletic Bilbao and Atletico Madrid, respectively. The draw for the semifinals will take place on Friday.