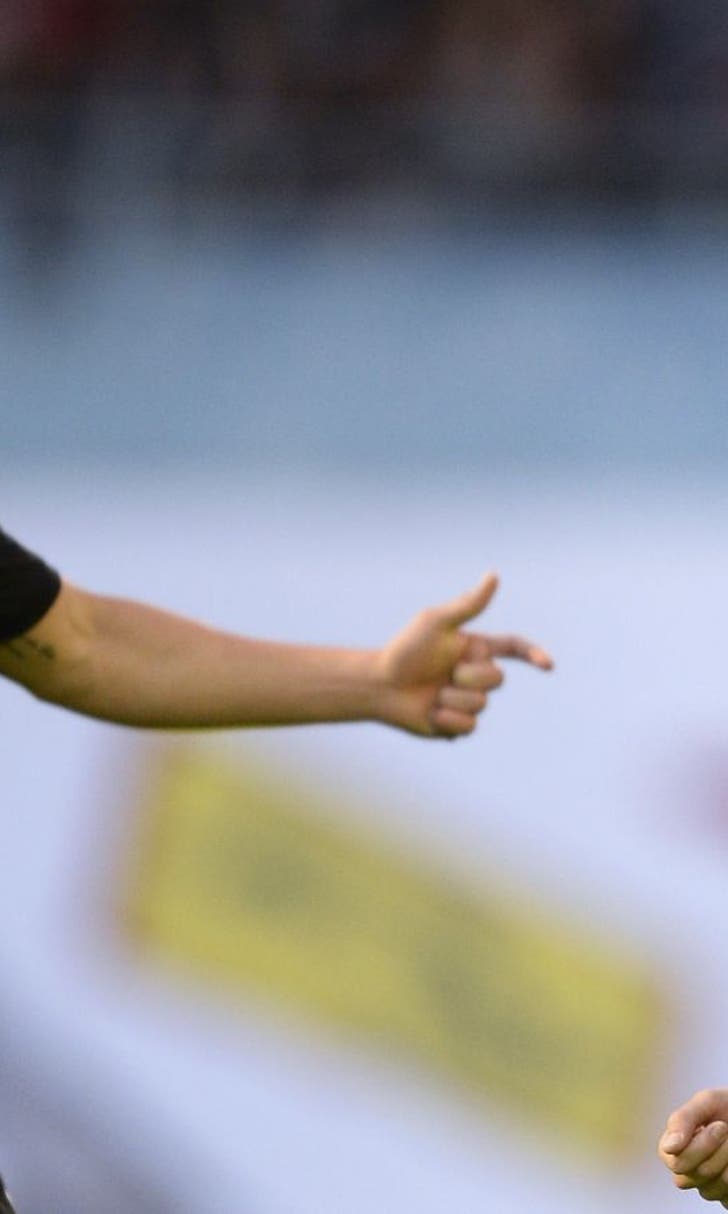 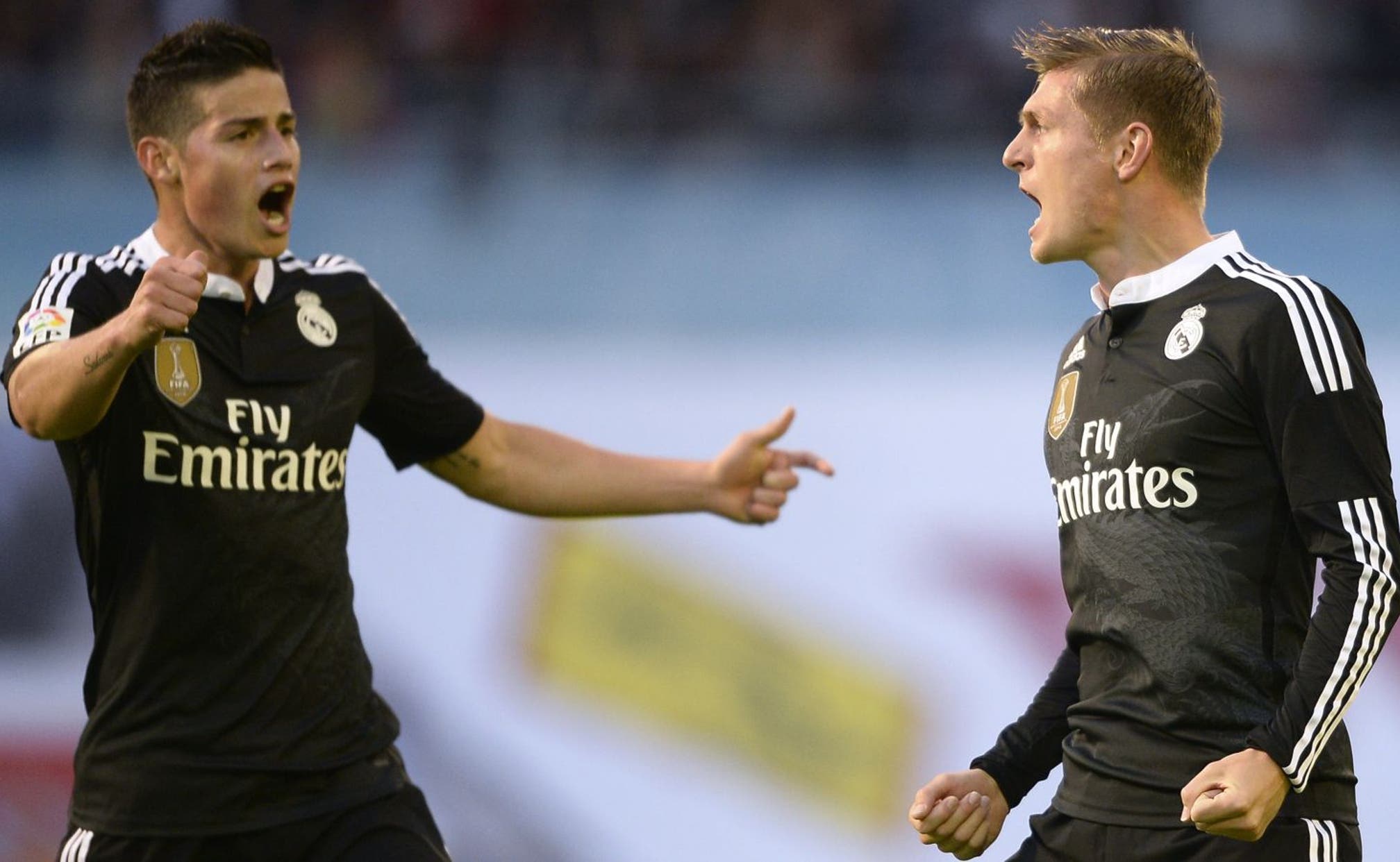 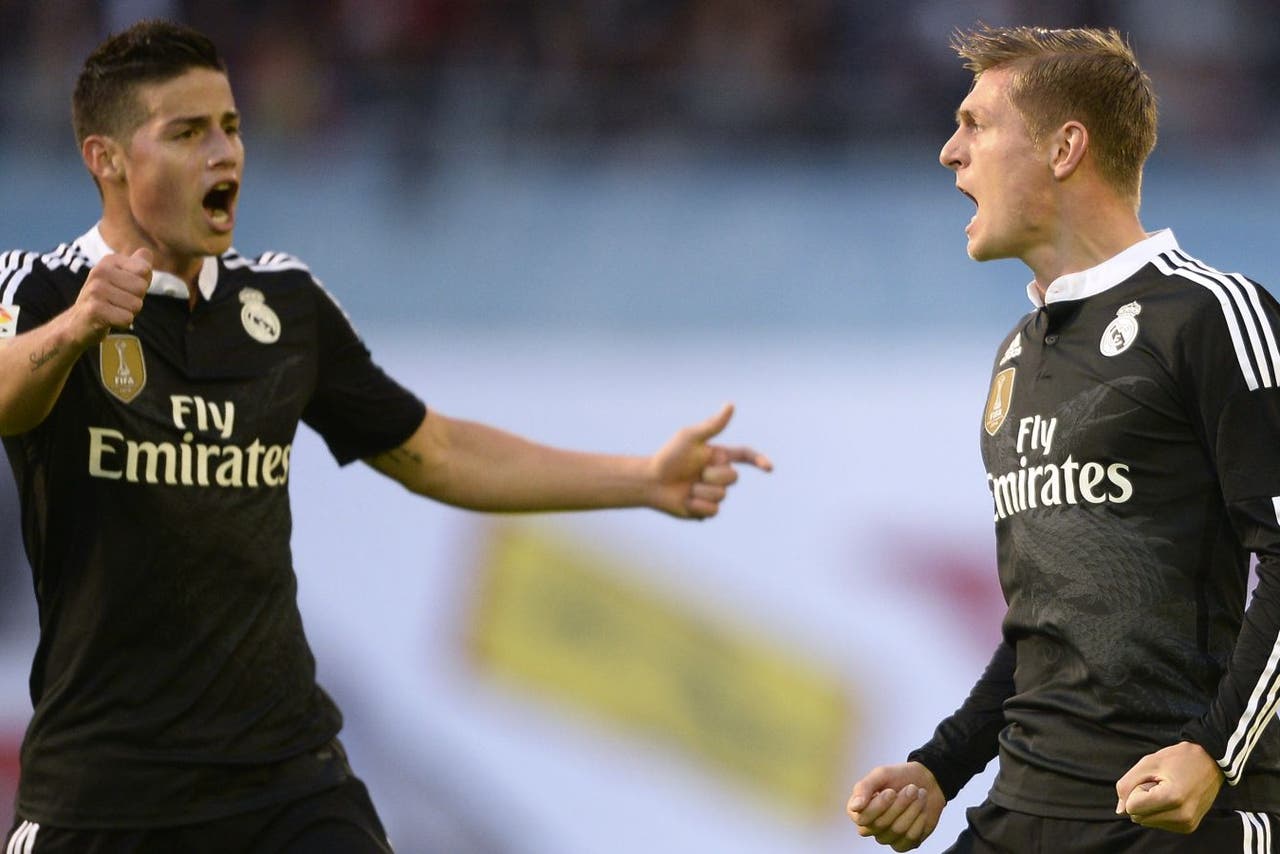 If this round-up of the week's biggest transfer rumors is anything to go by, then there's going to be some serious money changing hands in the Manchester area this summer. Manchester City welcome Pep Guardiola to the Etihad soon and, with United being linked with a move for Jose Mourinho, this could be a big-spending upcoming transfer window. We have all that and the rest of the week's speculation in Rumor Mill. Enjoy! 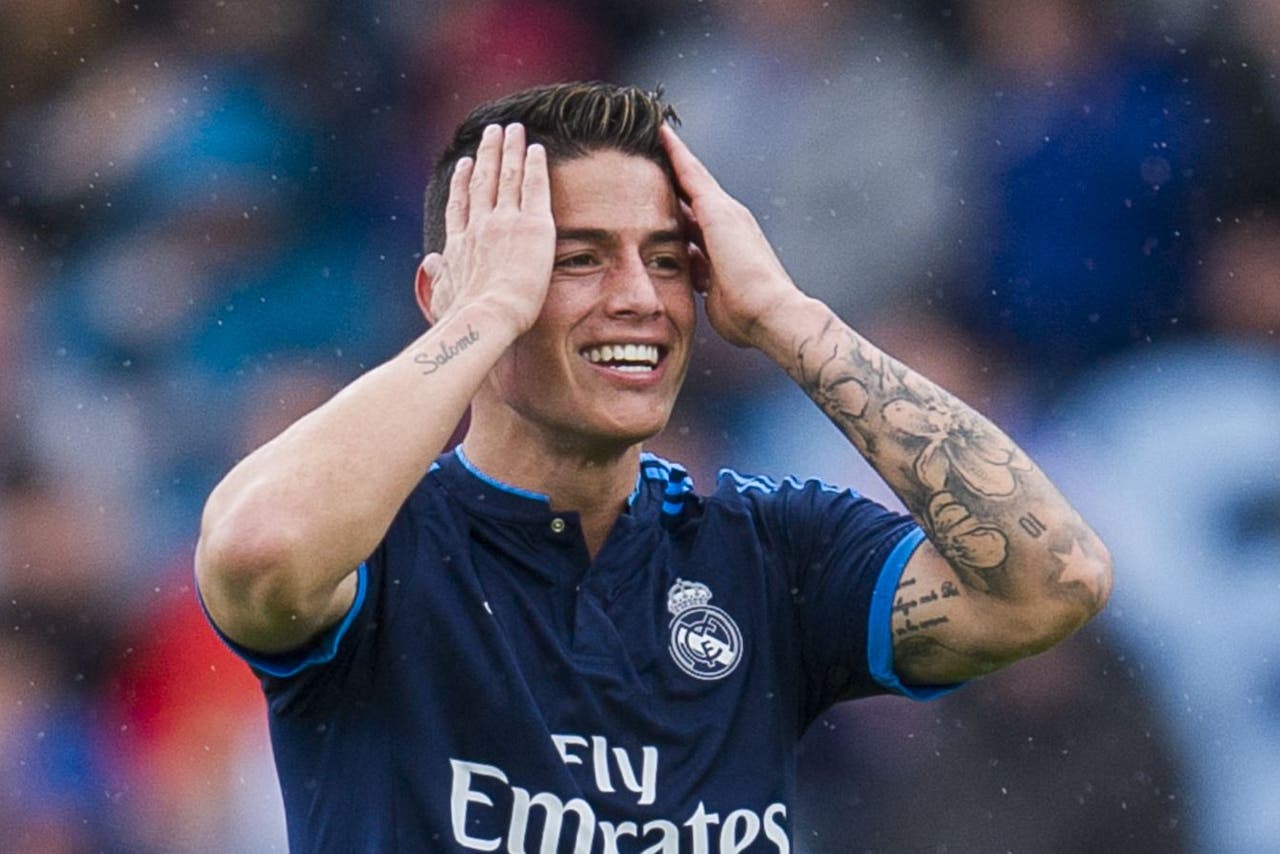 Rumor: Real Madrid to Manchester United. // Likelihood: Makes sense. // The Talk: Real Madrid have offered midfielder James Rodriguez to Manchester United, according to the Daily Mail. The Red Devils, however, will have to cough up £60million ($86.3m) if they want to land the Colombian playmaker. The 24-year-old's agent, Jorge Mendes, is thought to have made the offer on Real Madrid's behalf. Rodriguez signed from Monaco after a successful World Cup in 2014, but has failed to nail down a starting place recently. 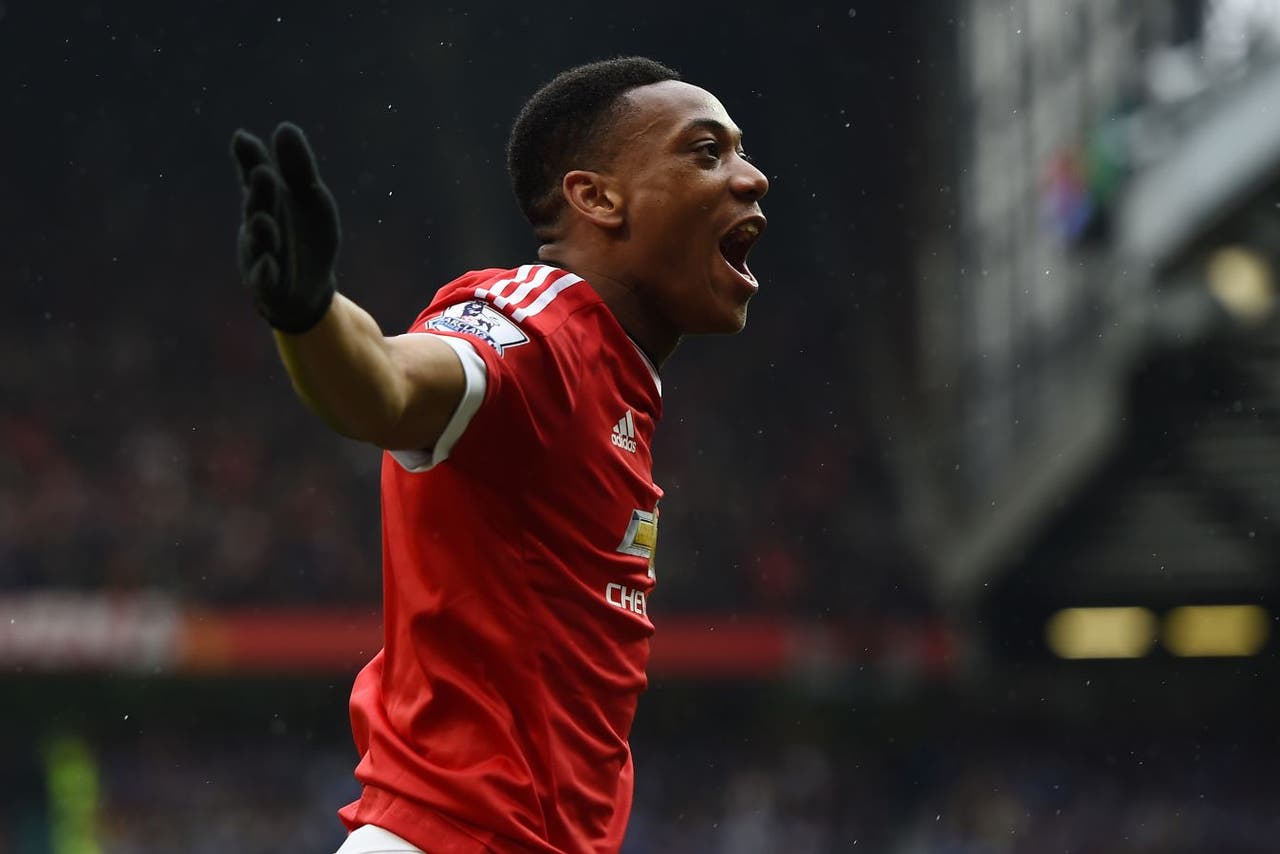 Rumor: Manchester United to Paris Saint-Germain. // Likelihood: No chance. // The Talk: PSG have expressed an interest in Manchester United striker Anthony Martial, according to the Daily Mail. Martial has been one of the only success stories in a poor season for Manchester United and the Red Devils will be reluctant to let the Frenchman leave just a year after joining. The French champions are keen to find an adequate replacement for outgoing Swedish star Zlatan Ibrahimovic and Martial is rumored to be on their list. The report says that despite the interest, Martial is happy at Old Trafford. 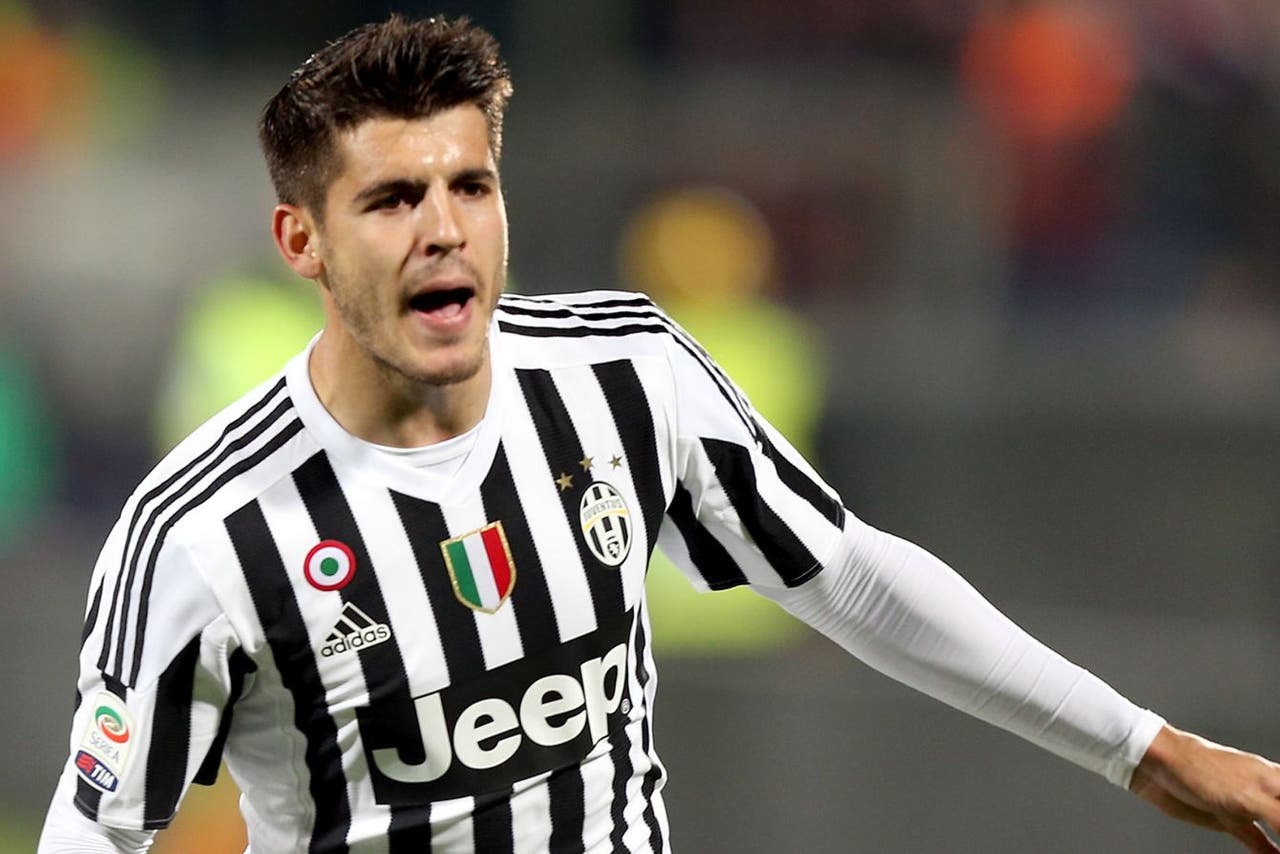 Rumor: Juventus to Manchester United. // Likelihood: Too complicated. // The Talk: Italian newspaper Tuttosport claim Manchester United will pay Real Madrid £40million ($57.5m) for Alvaro Morata as soon as the striker moves back to the Spanish club. Real reportedly have a £23million ($33.1m) buy-back clause from Morata's transfer to Juventus and are apparently looking to trigger that before selling him on for an immediate profit. The report says Real Madrid and Juve will begin talks after the Champions League final. While it also claims the Red Devils will be in the driving seat to land the 23-year-old once the deal to Spain is complete. 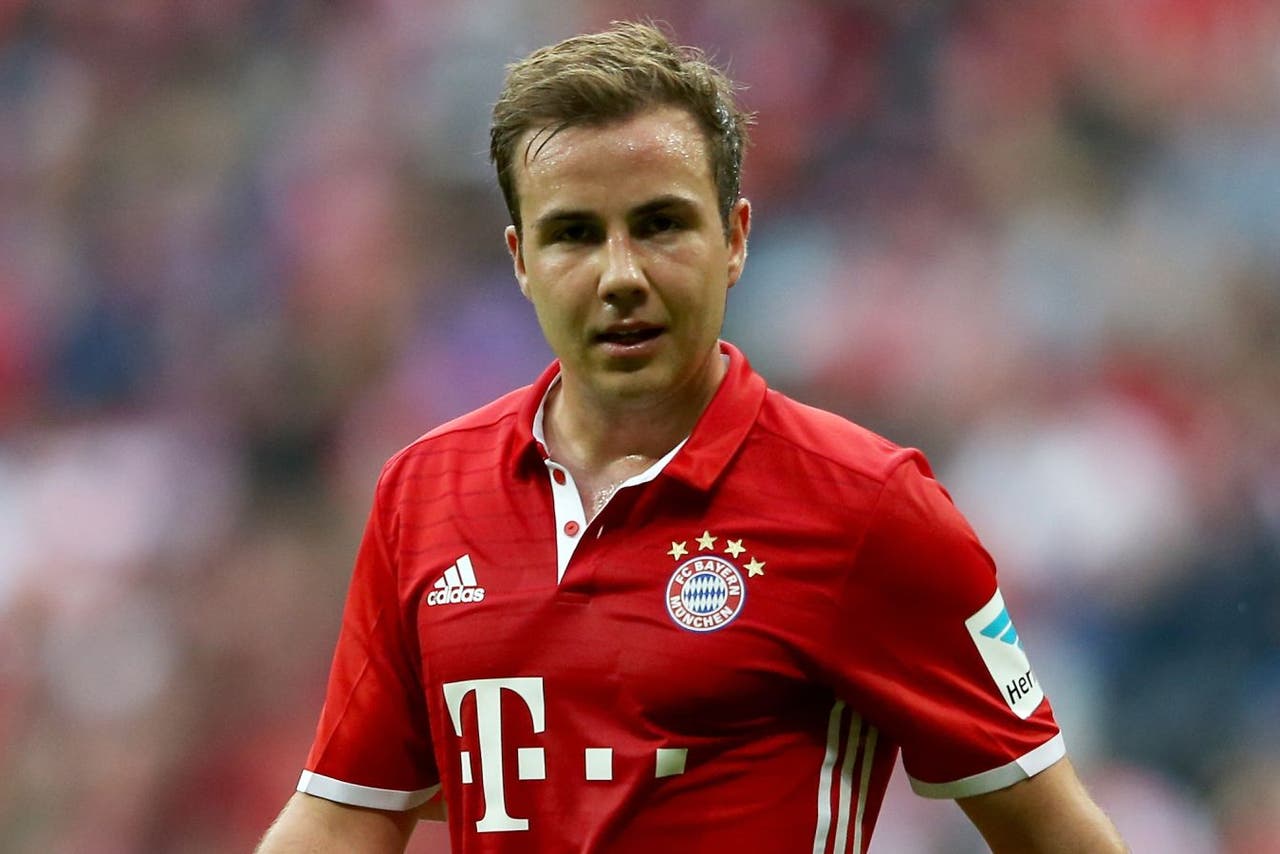 Rumor: Bayern Munich to Chelsea. // Likelihood: Seems likely but will he want European football? // The Talk: According to The Sun, incoming Bayern Munich boss Carlo Ancelotti has tipped off former club Chelsea that they can land Mario Gotze for £35million ($50.3m). The newspaper understands that Ancelotti revealed to the Blues that the World Cup-winning midfielder won't be in his plans for next season. Gotze has only made 14 appearances in the Bundesliga this season and will no doubt be on the lookout for regular football after the arrival of Renato Sanches from Benfica. The report continues by claiming Antonio Conte will get £100million ($143.9m) to overhaul the squad at Stamford Bridge this summer and, despite making a center-back and striker his top priority, will sanction the move for Gotze. 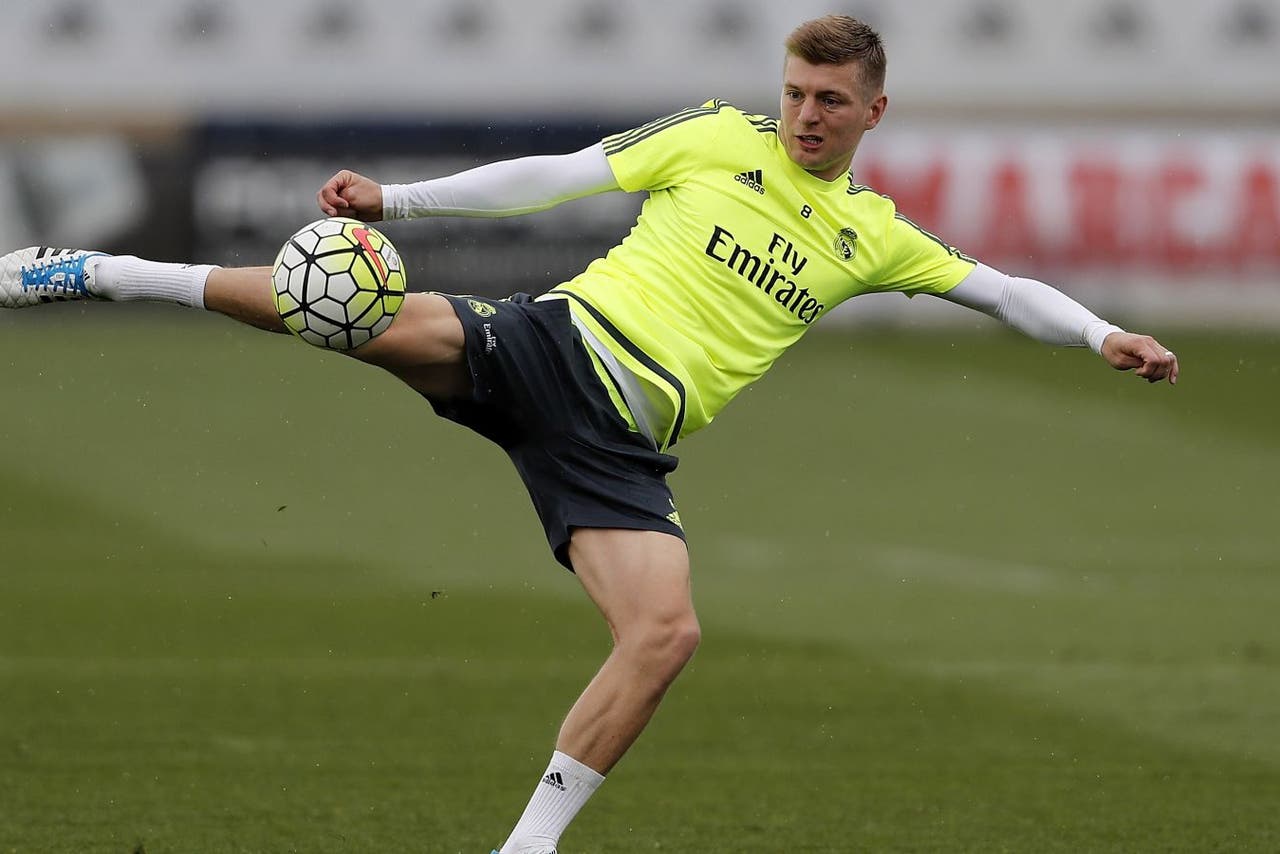 Rumor: Real Madrid to Manchester City. // Likelihood: In the balance. // The Talk: Manchester City are set to go to war with rivals United over Real Madrid star Toni Kroos, according to The Sun. City's incoming boss Pep Guardiola is bound to attract some of the world's biggest names to the Etihad Stadium this summer. Kroos, who is a World Cup winner, worked with Guardiola at Bayern Munich before his move in 2014 to Real Madrid. Manchester City all-but qualified for the Champions League at the weekend after the Red Devils' match with Bournemouth was abandoned over a bomb scare. And UCL football is likely to have a big bearing on Kroos' potential destination. 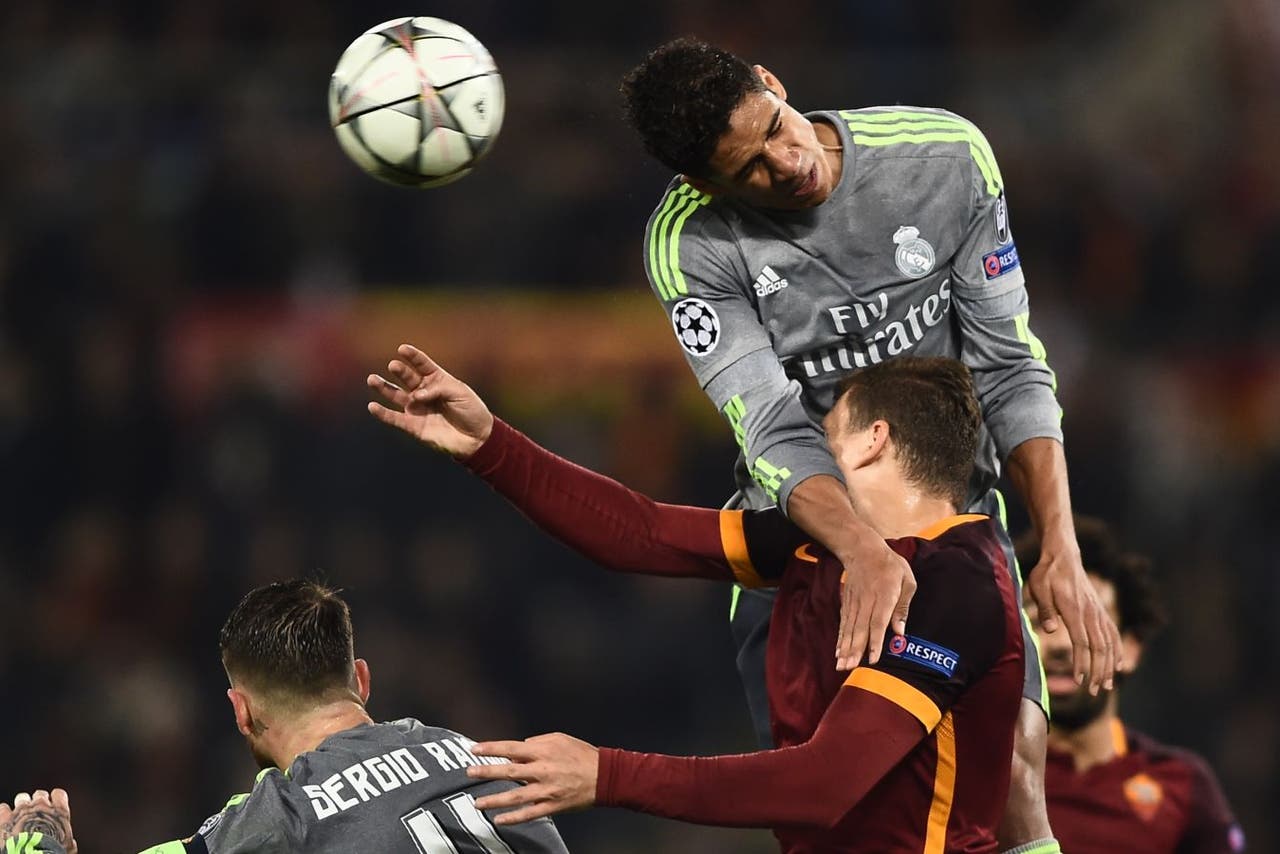 Rumor: Real Madrid to Manchester United. // Likelihood: If Real let him go. // The Talk: Manchester United are lining up a £25million ($35.9m) move for Real Madrid defender Raphael Varane, according to the Daily Mirror. This isn't the first time the Frenchman has been linked to the Red Devils, but he is reportedly back on their radar ahead of the summer window. Sergio Ramos and Pepe have been the main defensive partnership for the Spanish giants this season, with Varane only making 26 appearances in La Liga. And, with Jose Mourinho tipped to replace Louis van Gaal at United this summer, Varane could be tempted to follow the man that brought him to the Bernabeu. United are likely to be in the market for a center-back with Daley Blind filling in for a good part of the season. 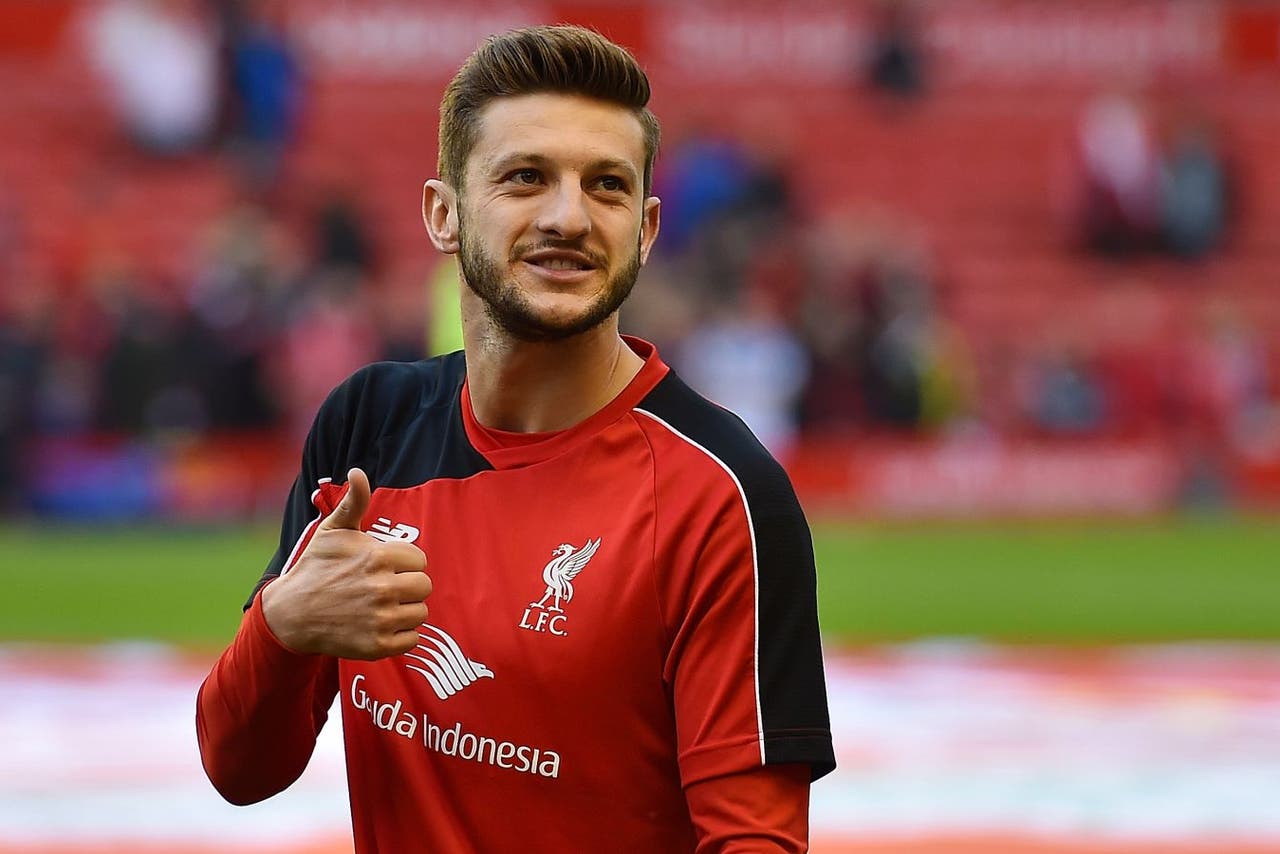 Rumor: Liverpool to Tottenham. // Likelihood: Klopp likes Lallana too much to sell. // The Talk: Tottenham boss Mauricio Pochettino is targeting a reunion with Liverpool's Adam Lallana in a £20million ($28.7m) summer deal, according to The Sun. The newspaper claims that the Spurs boss will ask chairman Daniel Levy to make the England international their top transfer target. Lallana worked under Pochettino at Southampton and the Argentinian apparently tried to sign the 27-year-old when he first arrived in the Tottenham dugout. However, Lallana is now a regular for both club and country, while Jurgen Klopp also seems a huge fan. The winger has played a key part in Liverpool's run to the Europa League final. 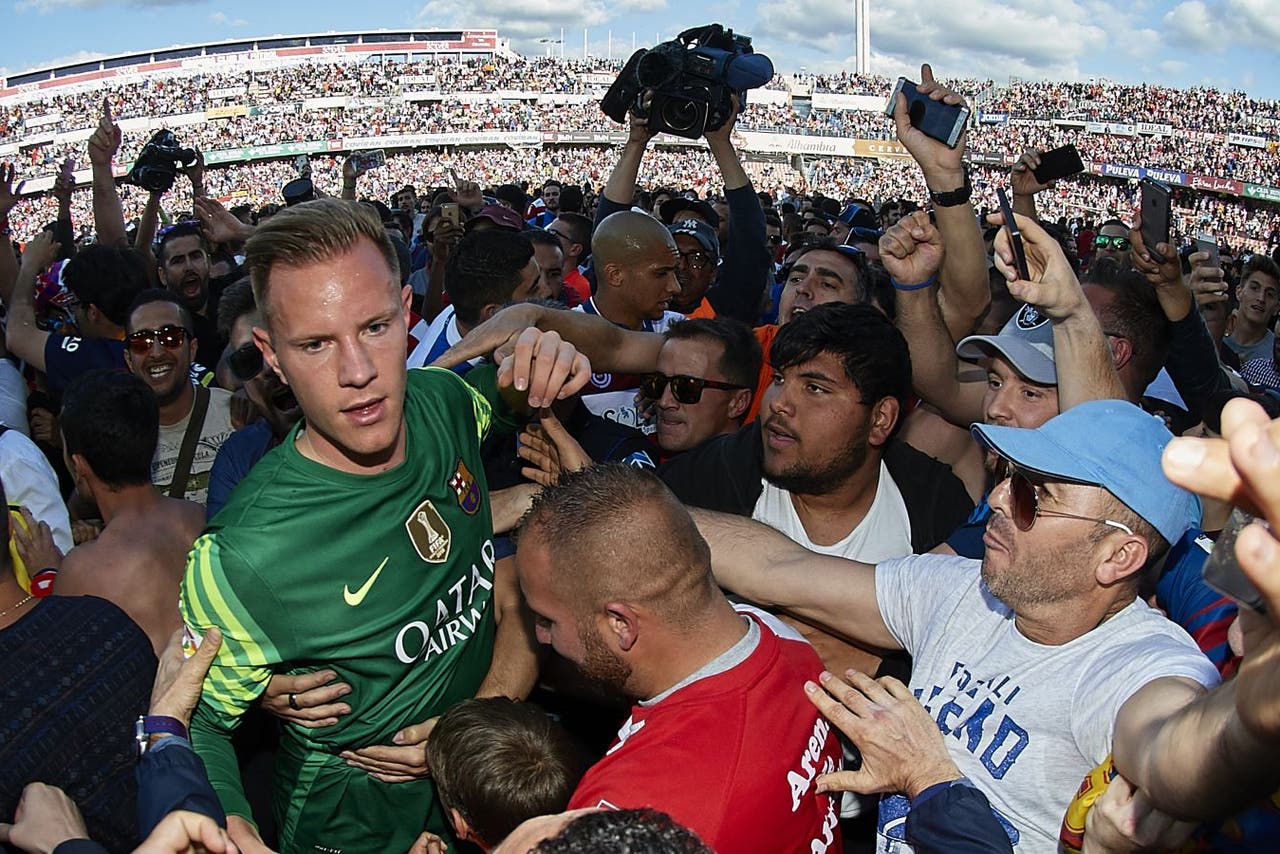 Rumor: Barcelona to Manchester City. // Likelihood: City don't need another keeper. // The Talk: Incoming Manchester City boss Pep Guardiola has reportedly urged the club to buy Barcelona keeper Marc-Andre ter Stegen. The Sun claims the Spaniard is keen to land the German stopper and wants the City hierarchy to step up the chase for the 24-year-old. Ter Stegen, who has only made seven appearances in La Liga this season, has also been recently linked to Liverpool and Jurgen Klopp is thought to be a huge admirer. However, Barca aren't likely to sell Ter Stegen cheaply and it's claimed that the Catalans could offer him a pay rise to convince him to stay. 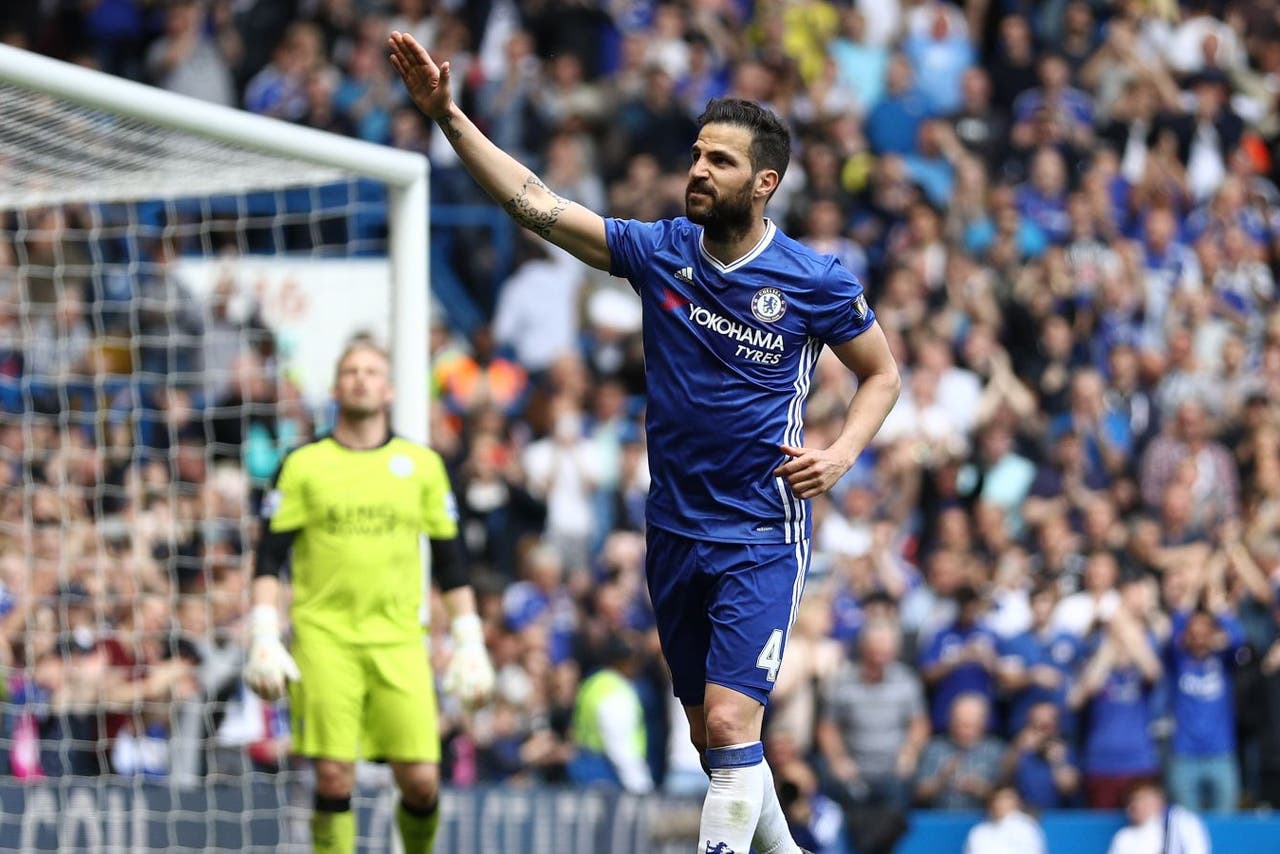 Rumor: Chelsea to Real Madrid. // Likelihood: Not just yet. // The Talk: Real Madrid are reportedly looking to make an offer for Chelsea midfielder Cesc Fabregas. Spanish website Don Balon claims Real are interested in taking the Spain midfielder to the Bernabeu after a disappointing season in the Premier League. Following their championship win the previous season, Chelsea and Fabregas failed to replicate their title-winning form. When asked by Marca if he was considering a move back to Spain, he replied: "Yes, why not? Now, I do not think that because I have many outstanding bills at Chelsea after how it went this season. I do not really think of anything else, but in my opinion, the Spanish league is the strongest with the English." At least another season at Chelsea then? 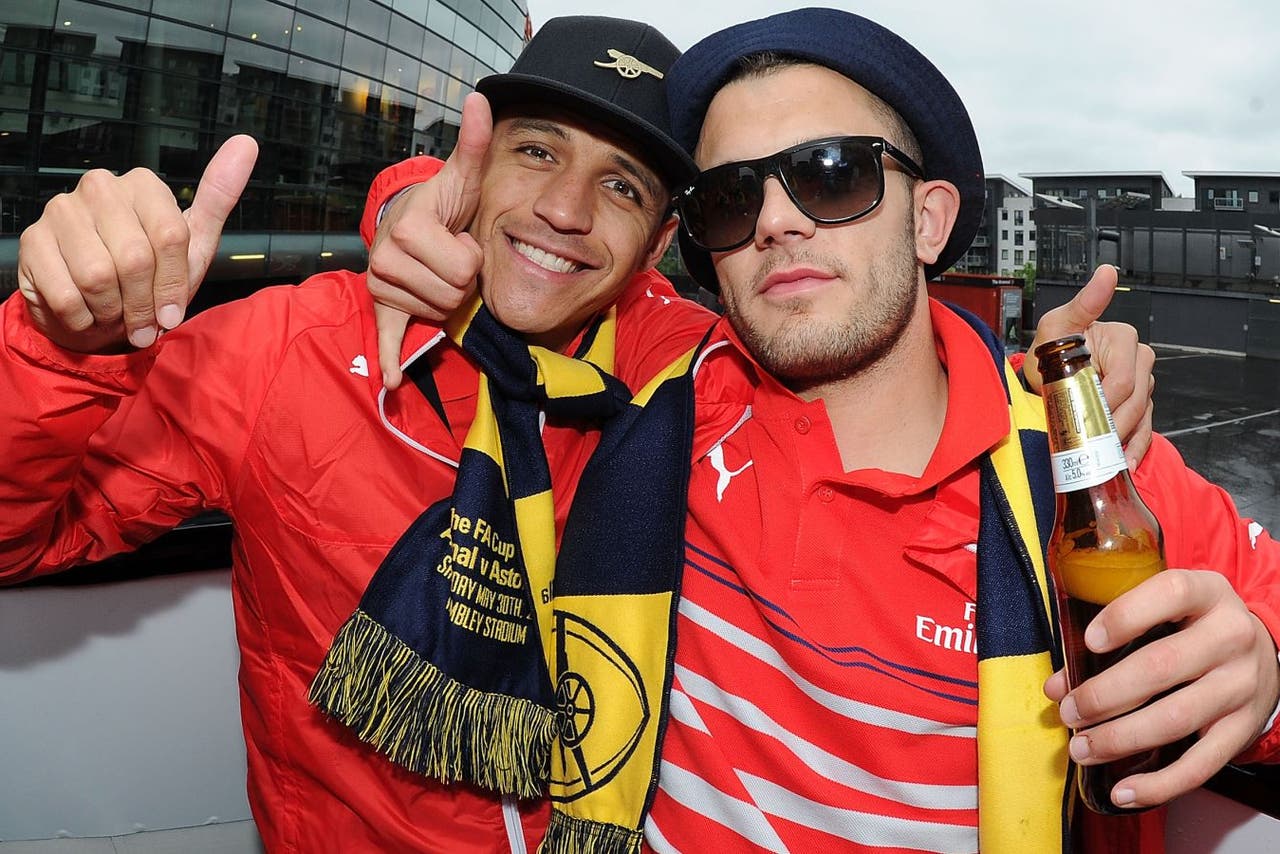 Rumor: Arsenal to Manchester City. // Likelihood: Far-fetched. // The Talk: According to the Daily Mirror, new Manchester City boss Pep Guardiola is looking to make a double swoop for Arsenal pair Jack Wilshere and Alexis Sanchez. The report claims that the ex-Barca player and manager wants to build his side around the injury-prone Wilshere, while he is an admirer of Sanchez. Guardiola is planning an overhaul at City and the duo are thought to be key to his transfer plans. Wilshere, who has two years left on his contract at the Emirates, is thought to have stalled on talks over a new deal and City hope that a £40million ($57.5m) offer plus increased wages will tempt him to Manchester. While a similar bid would be needed for the Gunners to let Chilean forward Sanchez depart.