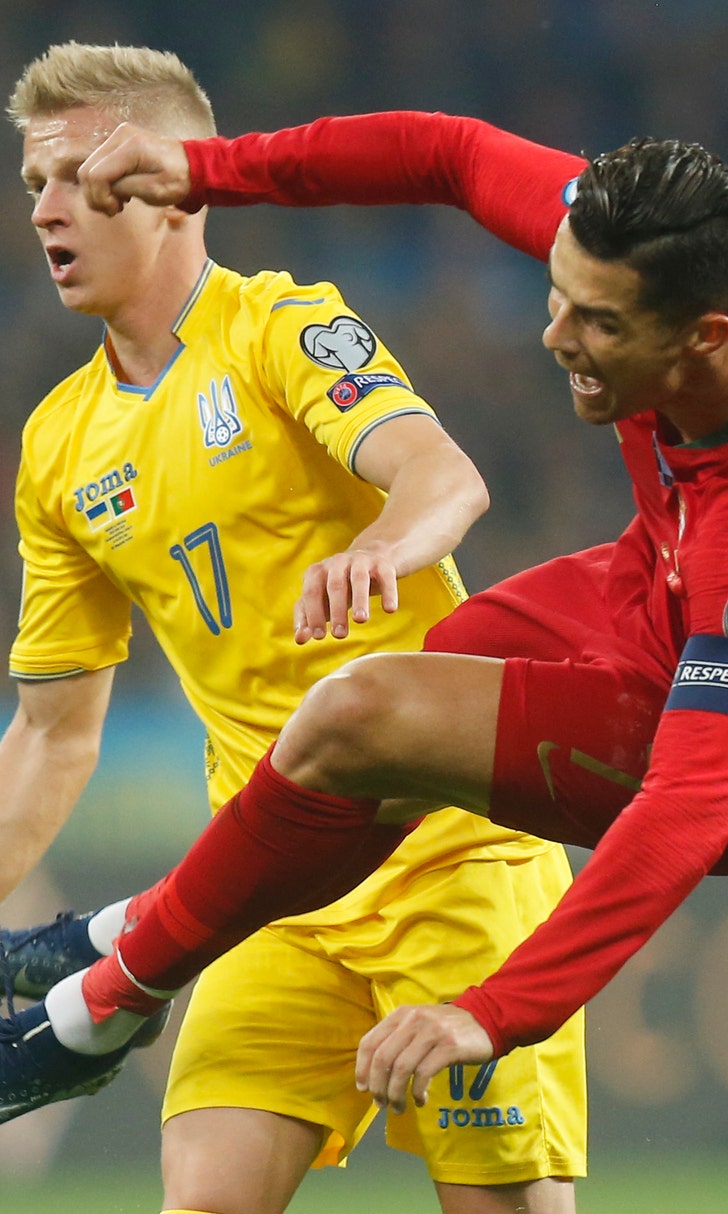 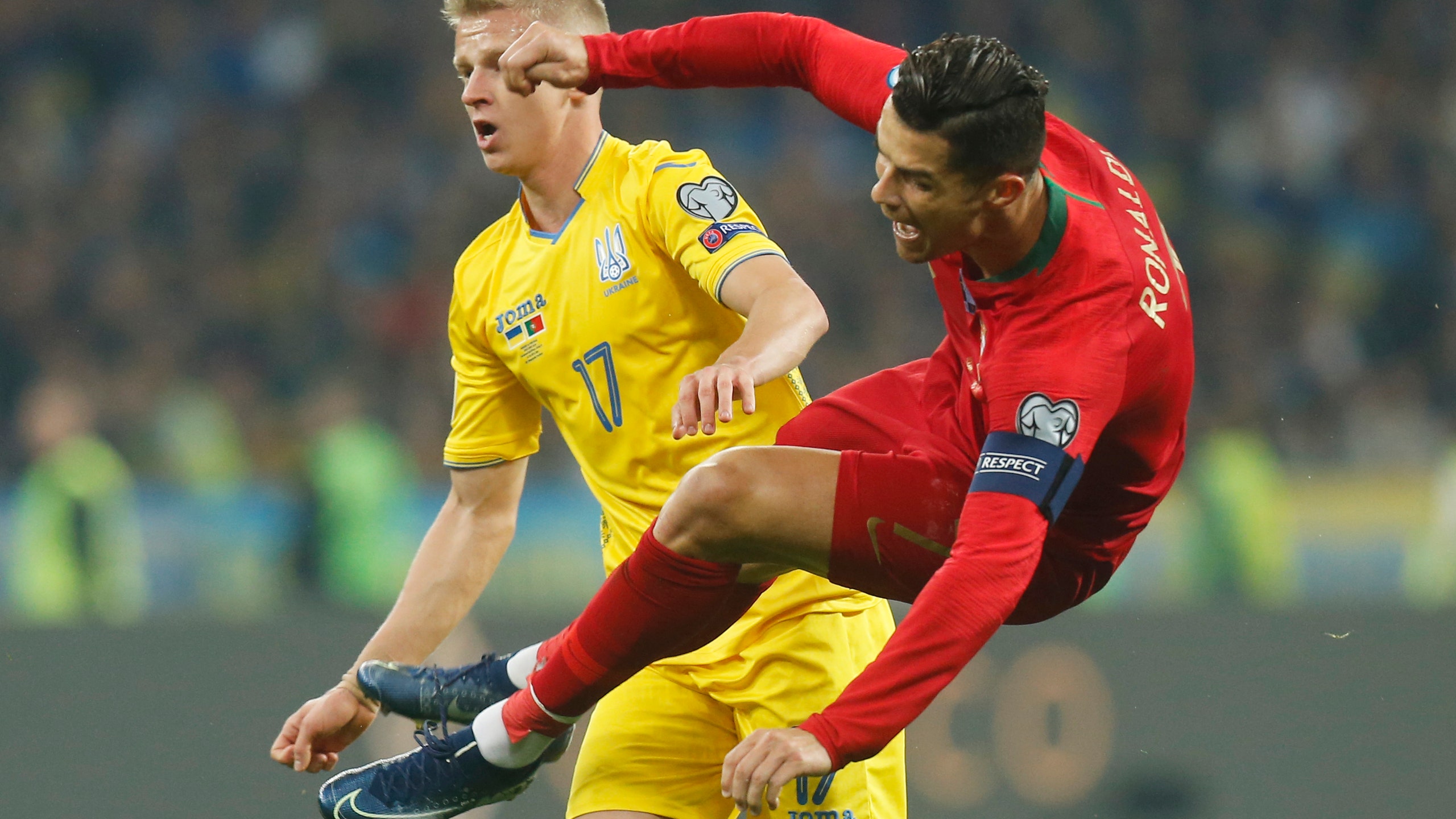 previous story
Mansoor vs. Cesaro
next story
Despite loss, Eagles have hope in NFC East

KIEV, Ukraine (AP) — Cristiano Ronaldo scored his 700th career goal but couldn't keep Portugal from losing 2-1 to Ukraine in qualifying for the 2020 European Championship on Monday.

Ukraine qualified for Euro 2020 with the victory, its sixth in seven matches in Group B. Portugal remains in second place and will need to keep battling for its spot in the remaining rounds.

"We played more with the heart than with the head, especially after 2-1," Portugal coach Fernando Santos said. "We created opportunities but didn't score."

Ronaldo netted his milestone goal for club and country by converting a penalty kick in the 72nd minute, when the defending European champions already trailed by two goals. It was the seventh goal in six qualifying matches for Ronaldo, and his 95th overall with Portugal.

"The records come naturally," Ronaldo said. "I don't go after them, they come after me. I'm already thinking about tomorrow, about scoring No. 701 in my next match."

Ronaldo has also scored 450 goals for Real Madrid, 118 for Manchester United, 32 for his current club Juventus, and five for Sporting Lisbon.

"It's not an easy number to reach," Ronaldo said. "I have to thank everyone who has helped me. It's unfortunate that it came in a loss."

Roman Yaremchuk had put Ukraine ahead less than 10 minutes into the match, and Andriy Yarmolenko added to the lead near the half-hour mark. Ukraine played with 10 men after defender Taras Stepanenko was sent off with a second yellow card for the handball that led to the penalty converted by Ronaldo.

Portugal kept pressing until the end but couldn't find the equalizer. Ronaldo had a few good chances, and Danilo came close with a long-range shot that struck the crossbar in stoppage time.

"We created enough situations to win the game," Danilo said. "There are days like these, when the ball just doesn't want to go in. No need to do the math now, we just need to win the next two games to reach Euro 2020."

Portugal's last two qualifying matches are against Lithuania and at Luxembourg.

Ukraine, which would have qualified even with a draw, has lost one of its last 19 matches and has only conceded more than one goal in four of its last 29 games.

Portugal and Ukraine had drawn 0-0 in their group opener in Portugal.