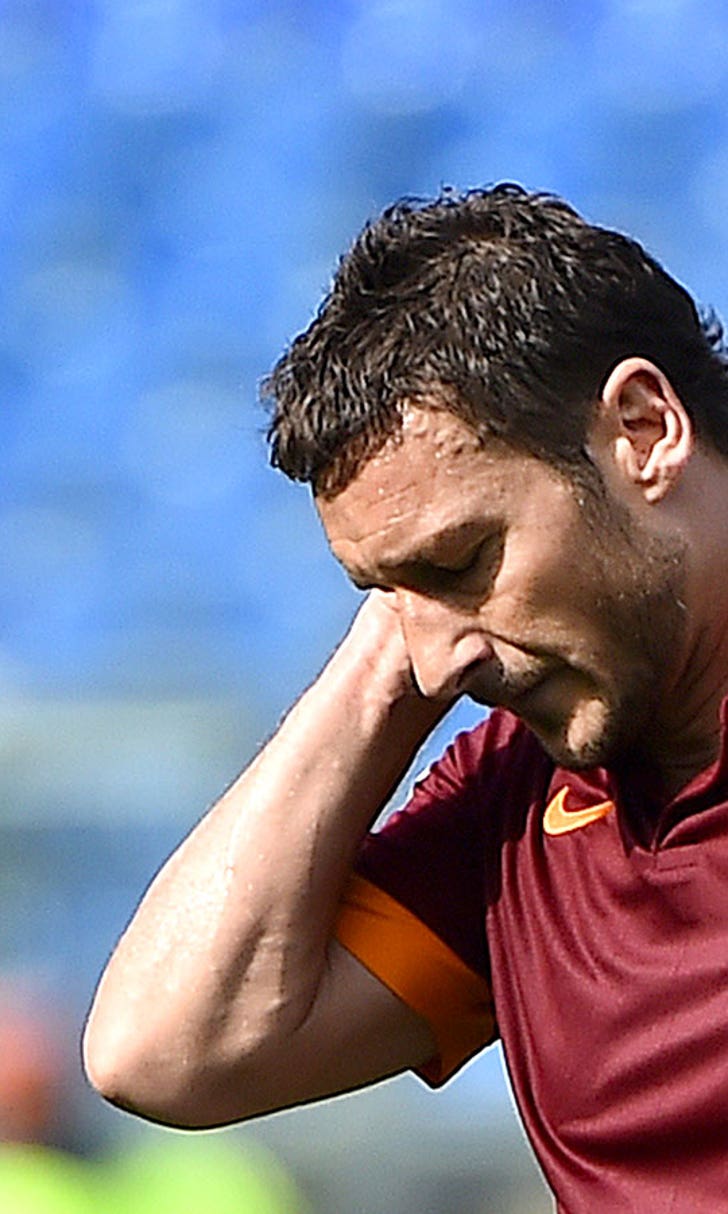 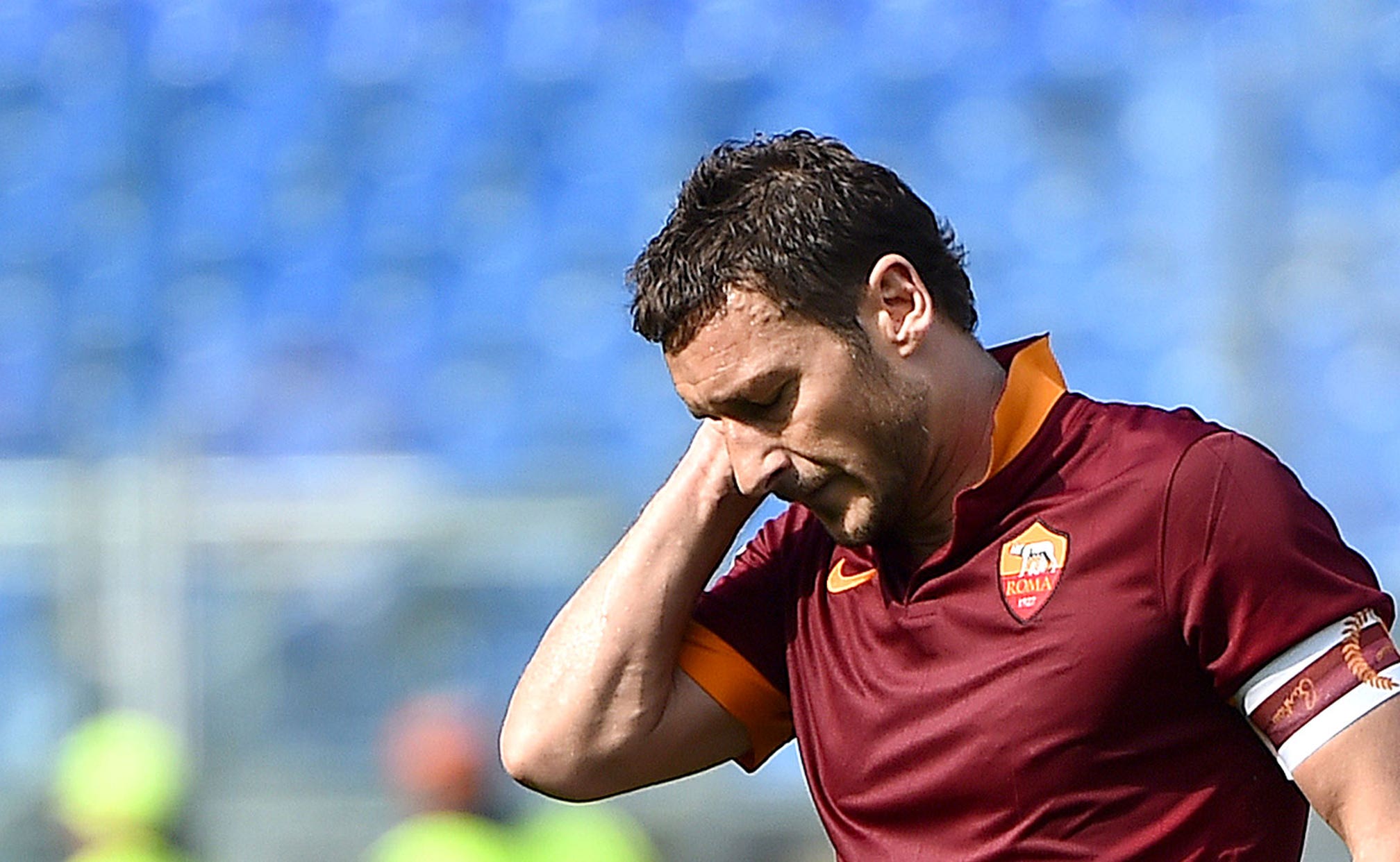 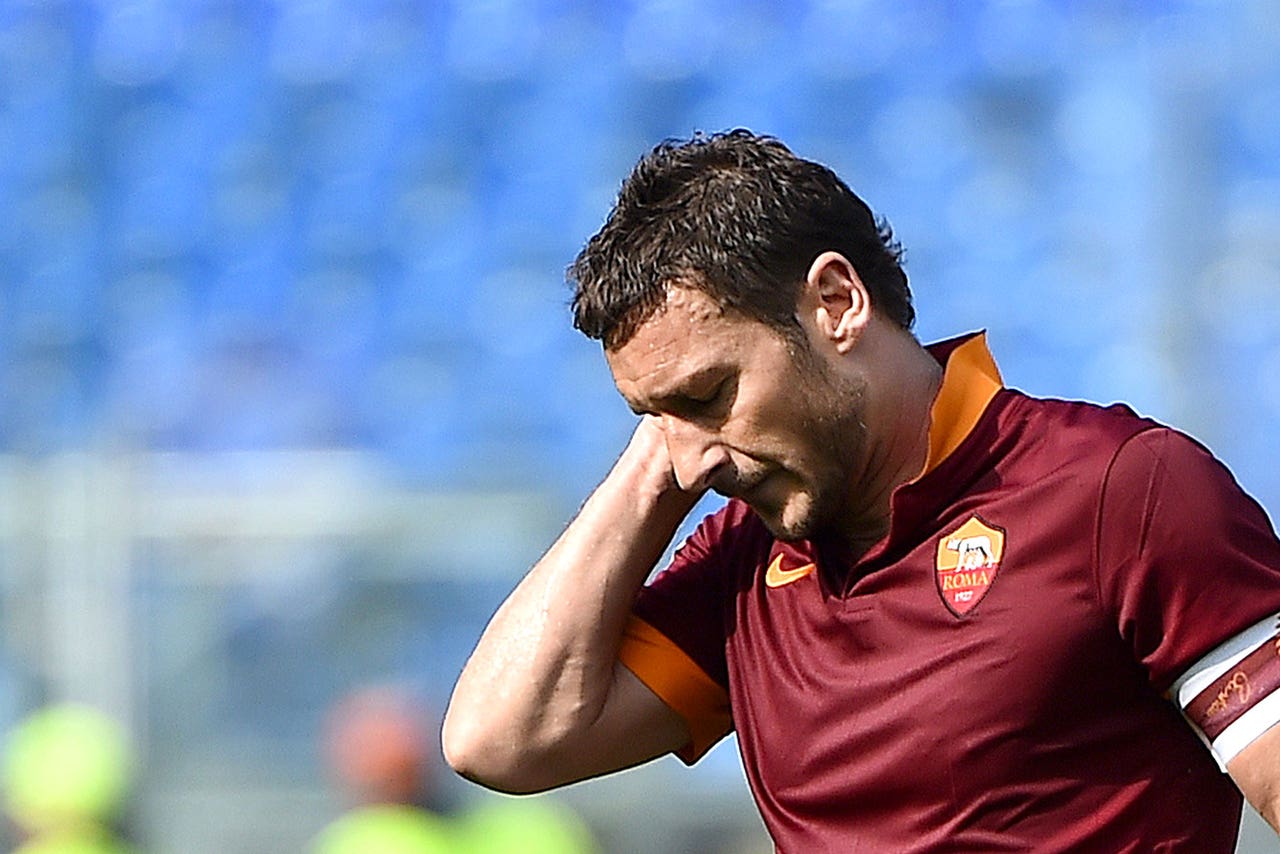 Roma missed a chance to reclaim second place in Serie A after being held to a 1-1 draw at home to Atalanta on Sunday.

The Giallorossi went into the game knowing that victory would see them climb above city rivals Lazio, who saw their eight-game winning streak in the league ended in a 2-0 defeat at Juventus on Saturday.

Roma captain Francesco Totti put his team ahead in the third minute from the penalty spot but German Denis pulled Atalanta level with a spot-kick midway through the first half.

The Giallorossi struggled to break down Atalanta's defensive wall and for the ninth straight game in Serie A failed to score more than one goal.

Roma are in third place but did move level on 58 points with Lazio.

Atalanta, who hold the last position of safety, are seven points clear of the drop zone with seven games remaining.

The visitors went into the game without defender Giuseppe Biava, midfielder Luca Cigarini and the team's top scorer Mauricio Pinilla, because of suspensions.

They suffered an early setback when the referee pointed to the spot after a Guglielmo Stendardo handball.

Atalanta equalised after Urby Emanuelson earned a penalty when brought down in the area by Roma's Davide Astori.

Denis sent his spot-kick towards the bottom left corner of the goal and out of Roma goalkeeper Morgan De Sanctis' reach.

In the 28th minute, Sportiello was forced to make a save after a poor back-pass from Carlos Carmona allowed Roma striker Alessandro Florenzi to enter the Atalanta area and take a shot on goal.

Atalanta put a good move together in the 34th minute when Emanuelson fed Alejandro Gomez in the box and his right-footed effort towards the near post was saved by De Sanctis.

With the Giallorossi struggling up front, Roma coach Rudi Garcia brought on Victor Ibarbo for the ineffective Juan Iturbe and also inserted Seydou Keita into midfield as a replacement for Leandro Paredes.

Roma's struggles continued and they were limited to shooting from distance.

On the hour, Sportiello was twice called upon to make saves of long-range attempts from Radja Nainggolan and Florenzi.

Roma could not find a way through and grew frustrated.

In the 79th minute, a diagonal shot by Adem Ljajic was kept out by Sportiello.

Atalanta's Giulio Migliaccio did well to clear the rebound with Vasilis Torosidis ready to pounce on the loose ball.

Atalanta defended deeply and held on for a vital point in their battle to avoid the drop.

Napoli closed to within five points of Roma and a Champions League place after cruising to a comfortable 3-0 Serie A victory at Cagliari.

After Jose Callejon broke the deadlock midway through the first half Napoli never looked back and the mainlanders were two goals to the good at half-time thanks to a blunder from Antonio Balzano.

Substitute Manolo Gabbiadini brought up 16 goals for the season with a long-range finish just before the hour and Napoli safely navigated the rest of the match after Christian Maggio was dismissed.

The win sees Rafael Benitez's men pull three points clear of fifth-placed Sampdoria while Cagliari - nine points adrift of safety - creep ever closer to a return to Serie B.

Francesco Lodi put Parma ahead in the 19th minute but goals from Massimo Maccarone and Lorenzo Tonelli gave Empoli a 2-1 half-time lead.

Belfodil then scored against the run of play for his first goal in Serie A since May 2013 to silence the crowd at the Carlo Castellani stadium.

The point has lifted Empoli to 15th place as they sit 11 points clear of the drop zone with seven games remaining.

Parma remain rooted to the foot of the standings, 17 points adrift of safety.

The visitors went into the game with morale low after a hard week, one that had seen them lose to Genoa 2-0 and then be docked four points as punishment for their financial troubles.

Promoted Palermo's mission to finish above the two Milanese clubs is still on course following a 2-1 home victory over Genoa.

A first-half double from Ivaylo Chochev proved enough to draw the Sicilians level with 10th-placed Inter and within a point of Milan ahead of Sunday night's derby at San Siro.

Iago Falque responded for Genoa shortly after half-time but the Grifoni were unable to notch the third straight win that would have put pressure on sixth-placed Fiorentina, who are five points better off.

Palermo retain a faint chance of reaching the Europa League places and started with intent at the Stadio Renzo Barbera, opening the scoring after only nine minutes.

Bostjan Cesar's own goal cost Chievo an important Serie A win at home to Udinese on Sunday as they drew 1-1.

Chievo were seeking a victory that would have seen them take a giant step towards retaining their top-flight status, but Cesar put the ball into his own net 19 minutes from time while attempting to stop Udinese's Alexandre Geijo from tapping in Cyril Thereau's cross.

Sergio Pellissier had fired Chievo into the lead six minutes before half-time while Udinese were unlucky not to pull level in the 65th minute when captain Antonio Di Natale saw his right-footed volley hit the post.

Chievo then almost clinched the three points at the death but Ervin Zukanovic's left-footed shot also struck the woodwork.

The outcome in Verona extended Udinese's winless run to six games and left the Friuli side in 14th place.

Chievo, meanwhile, are one point and one place above Udinese and 13 points above the drop zone.

Fabio Quagliarella struck from the penalty spot as Torinocame from behind to earn a point at Sassuolo on Sunday and maintain their push for Europa League football next season.

Toro dominated the opening half but superb goalkeeping from Sassuolo's Andrea Consigli prevented them from opening their account.

The hosts took the lead on the stroke of half-time afterTorino captain, Kamil Glik, brought down Antonio Floro Flores and Domenico Berardi converted the penalty.

Glik then made the most of a brush against Floro Flores to earn a spot-kick that Quagliarella took and converted in the 58th minute.

Toro are now unbeaten in their last four games and have climbed to eighth in Serie A, six points adrift of the last Europa League qualifying spot.

Sassuolo have remained in 12th place and are 13 points clear of the drop zone with seven games remaining.