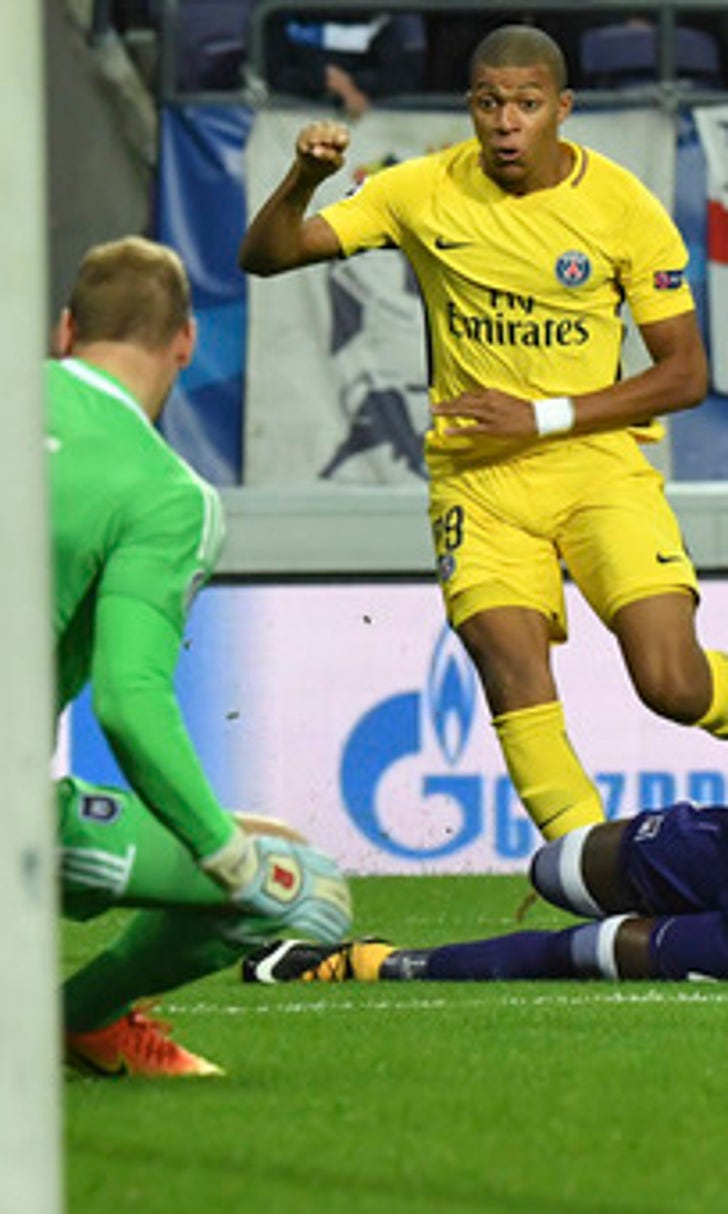 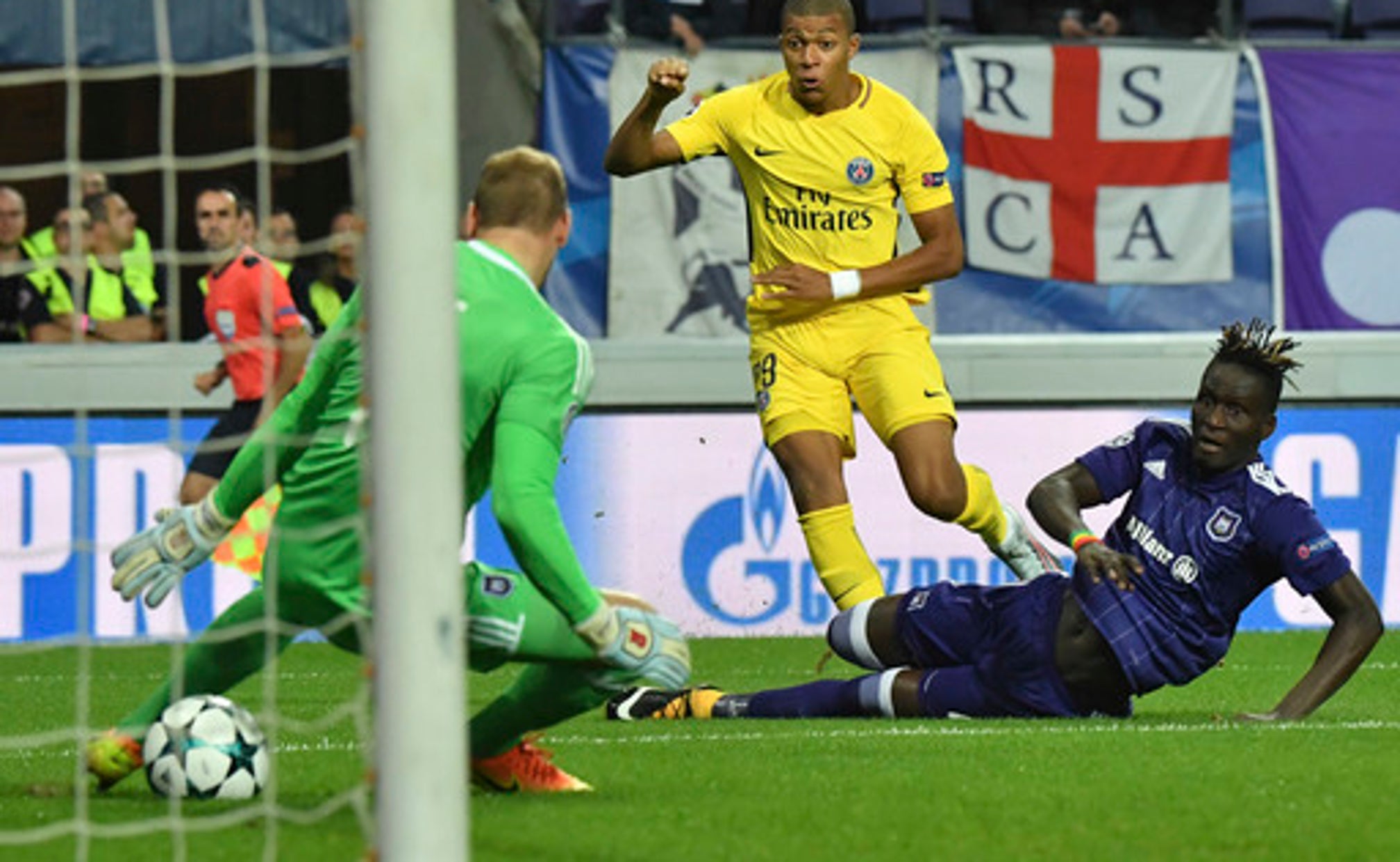 PSG beats Anderlecht 4-0 to keep lead in Group B

BRUSSELS (AP) Paris Saint-Germain needed less than three minutes to stamp its authority on its Champions League match against Anderlecht, before coasting to a 4-0 victory over the Belgian champion on Wednesday.

Kylian Mbappe scored on a balmy night with a drive from a tight angle early on, before setting up Edinson Cavani for an easy header in the 44th minute.

And after halftime, the world's most expensive player, Neymar, also had his moment - sending a low free kick under the soaring defenders and past goalkeeper Matz Sels in the 66th minute. Angel Di Maria closed out the scoring in the 88th.

It left PSG atop Group B with a maximum nine points from three games, along with 12 goals for and none against.

Bayern Munich has six points after beating Celtic 3-0, the Scottish champion has three points and Anderlecht none.

''We came here to win our way. We leave happy,'' Mbappe said. If, for Anderlecht, the visit of PSG was the match of the season, for the Parisians it was just another job to get done.

''It was a good match, but we have a lot of games left, so we have to manage our efforts,'' Mbappe said.

Even the luck went PSG's way, when Henry Onyekuru hit the bar with Anderlecht's best chance.

''Against teams like this you need to be efficient,'' coach Hein Vanhaezebrouck said.

Still, it was a walk in the park for the French side. Such was the wealth of talent available, it could leave German international midfielder Julian Draxler, Belgian defender Thomas Meunier and Argentina winger Di Maria on the bench at kickoff.

Anderlecht was expected to struggle and did so from the start. It was only the second match with new coach Vanhaezebrouck.