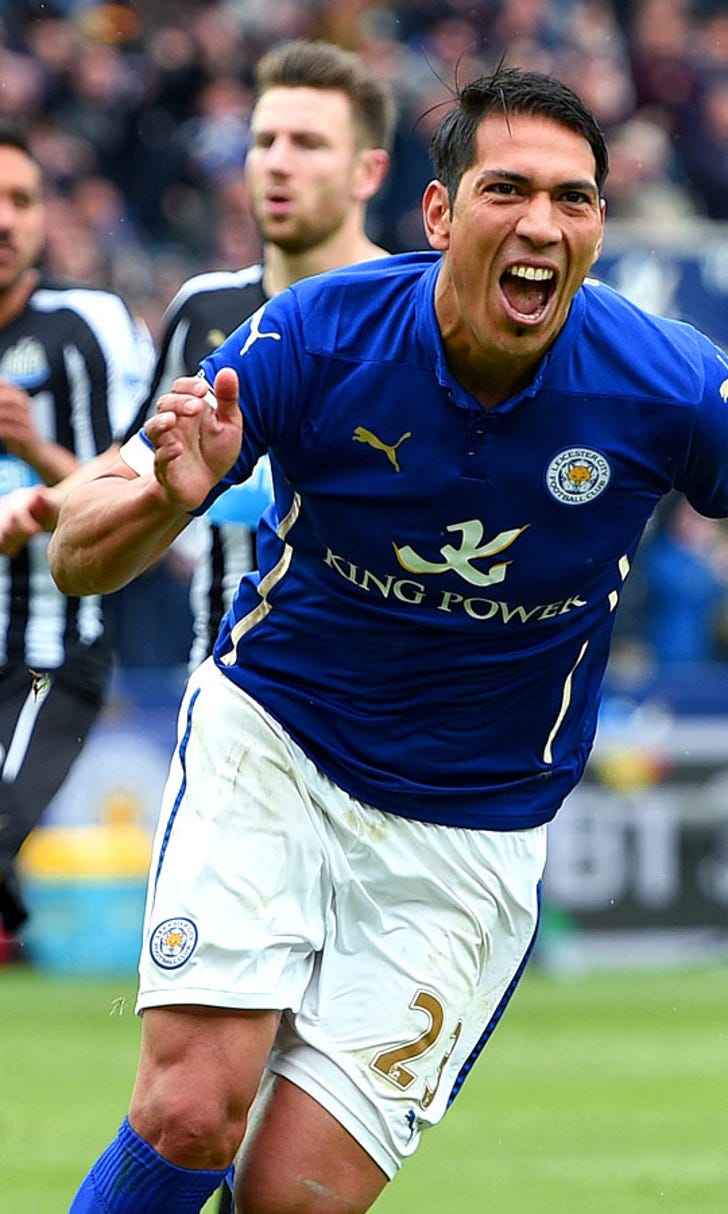 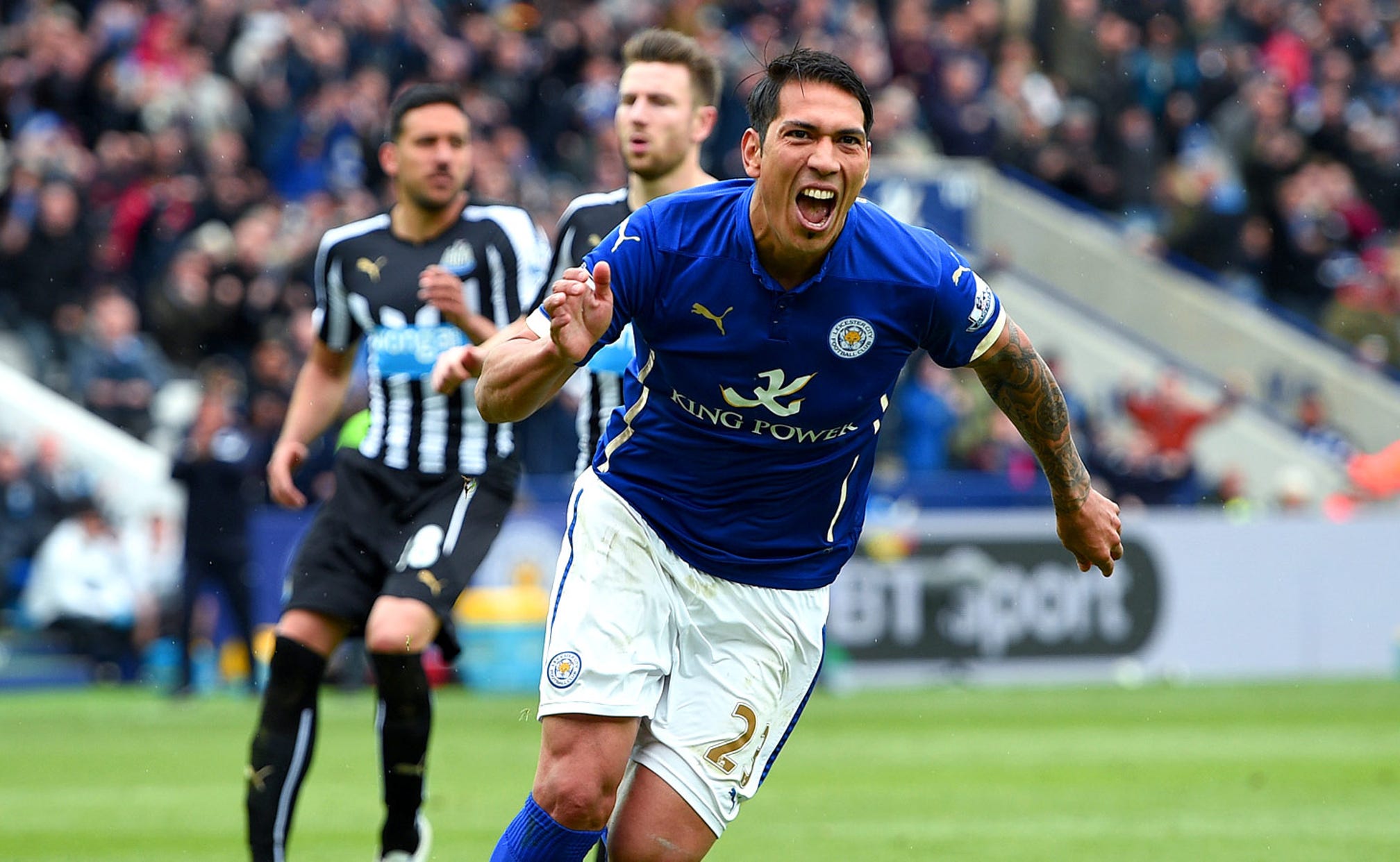 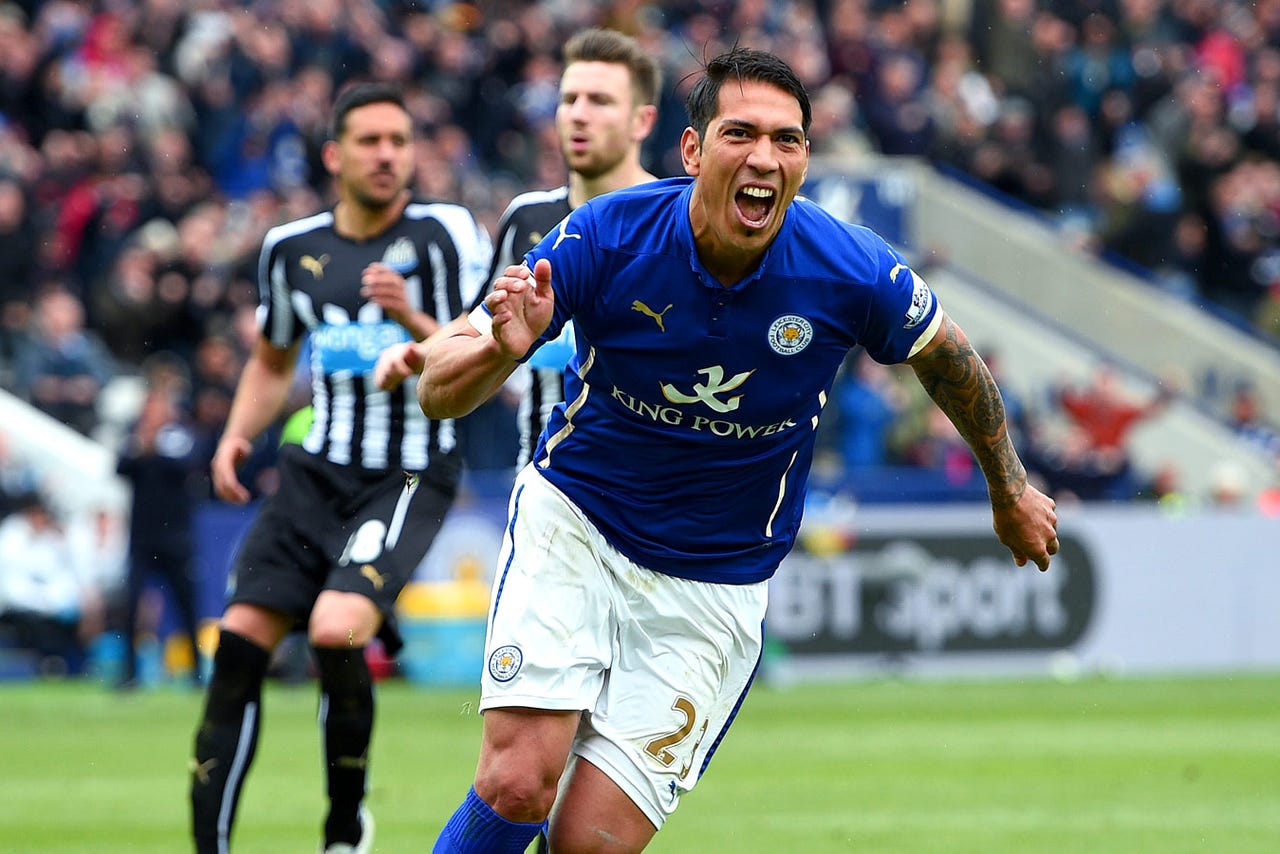 Leonardo Ulloa struck twice and Wes Morgan was also on target as the Foxes maintained their survival charge against a freefalling and fractured Magpies, who finished with nine men.

Ulloa set Leicester on their way to a fifth win in six games with less than a minute gone while Newcastle were left to lament an eighth successive defeat after Mike Williamson was dismissed, while Daryl Janmaat saw red at the death.

John Carver's men - who were accused of not trying in the wording of one banner displayed in an away section that booed their own team - still have 35 points and a small cushion from the relegation zone, and Leicester are still a point behind them.

But the Foxes, adrift at the bottom with just 19 points a month ago, are upwardly mobile and brimming with a confidence Newcastle simply do not have.

The contrast in mood between the two sides was soon evident. Leicester were carried into the game on a wave of noise from the home fans, with the atmosphere having been fervent long before kick-off.

It was immediately obvious the midweek Chelsea setback and subsequent furore over manager Nigel Pearson's bizarre ostrich outburst had done little to dampen their enthusiasm.

They flew into the action from the outset, catching Newcastle cold in the first minute.

Newcastle got into a mess as they gave the ball away from the kick-off and Leicester charged forward to win a corner.

Marc Albrighton clipped in a cross and Ulloa headed home, giving the hosts the lead with barely 30 seconds on the clock.

The decibel level seemed to increase again and Leicester continued to feed off the atmosphere as they sustained a spell of high intensity that earned a second goal within 17 minutes.

Ulloa had a header saved by Tim Krul and Jamie Vardy flicked a shot at the goalkeeper before Jeffrey Schlupp burst forward and won a free-kick outside the area.

Again Albrighton took the set-piece and again Leicester struck. This time Ulloa failed to make firm contact with his header but Morgan followed up behind him to turn the ball past Krul.

Yet for all the ferocity of Leicester's start, Newcastle did create some promising moves, mostly through the vision and footwork of Ayoze Perez.

When Leicester inevitably began to slow towards the end of the first half, the visitors did start to threaten.

Emmanuel Riviere shot into the side-netting and then played a nice one-two to tee up Perez, only for the latter to slip before he could shoot.

Another good break by Perez was halted by a brilliant tackle from Marcin Wasilewski and Ryan Taylor tested Kasper Schmeichel from distance.

But any steam Newcastle looked to be building up dissipated after half-time as Leicester won a penalty on 48 minutes when Riviere barged over Wasilewski.

The hosts started to pick them open at will and Albrighton should have scored a fourth from a Schlupp cut-back but drove wide of an almost open goal.

Ulloa was then denied a hat-trick by a brilliant reflex save from Krul as he got a his head to a Ryad Mahrez cross.

Newcastle's afternoon took another turn for the worse after 62 minutes when Williamson, booked just seven minutes earlier, sent Vardy crashing into a TV camera with a late knee-high challenge.

Referee Mike Dean showed a second yellow card and left the visitors to struggle on a man down.

Vardy recovered and was almost played in on goal by Esteban Cambiasso before firing a cross just beyond Ulloa.

Schmeichel was called upon late on to save from Siem de Jong but Newcastle went down with a whimper and were spared further blushes when Vardy headed wide in injury time.

Yet they suffered more misery just before the whistle as Janmaat was sent off after receiving his second yellow card for a tackle on Vardy.