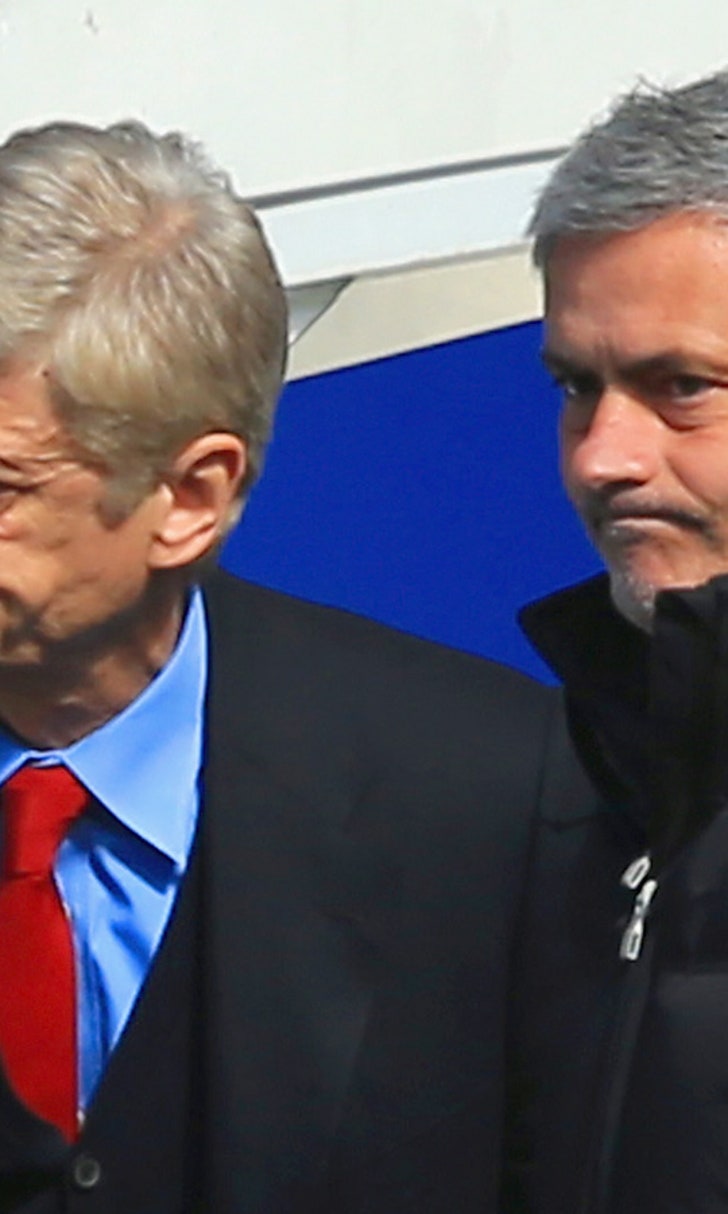 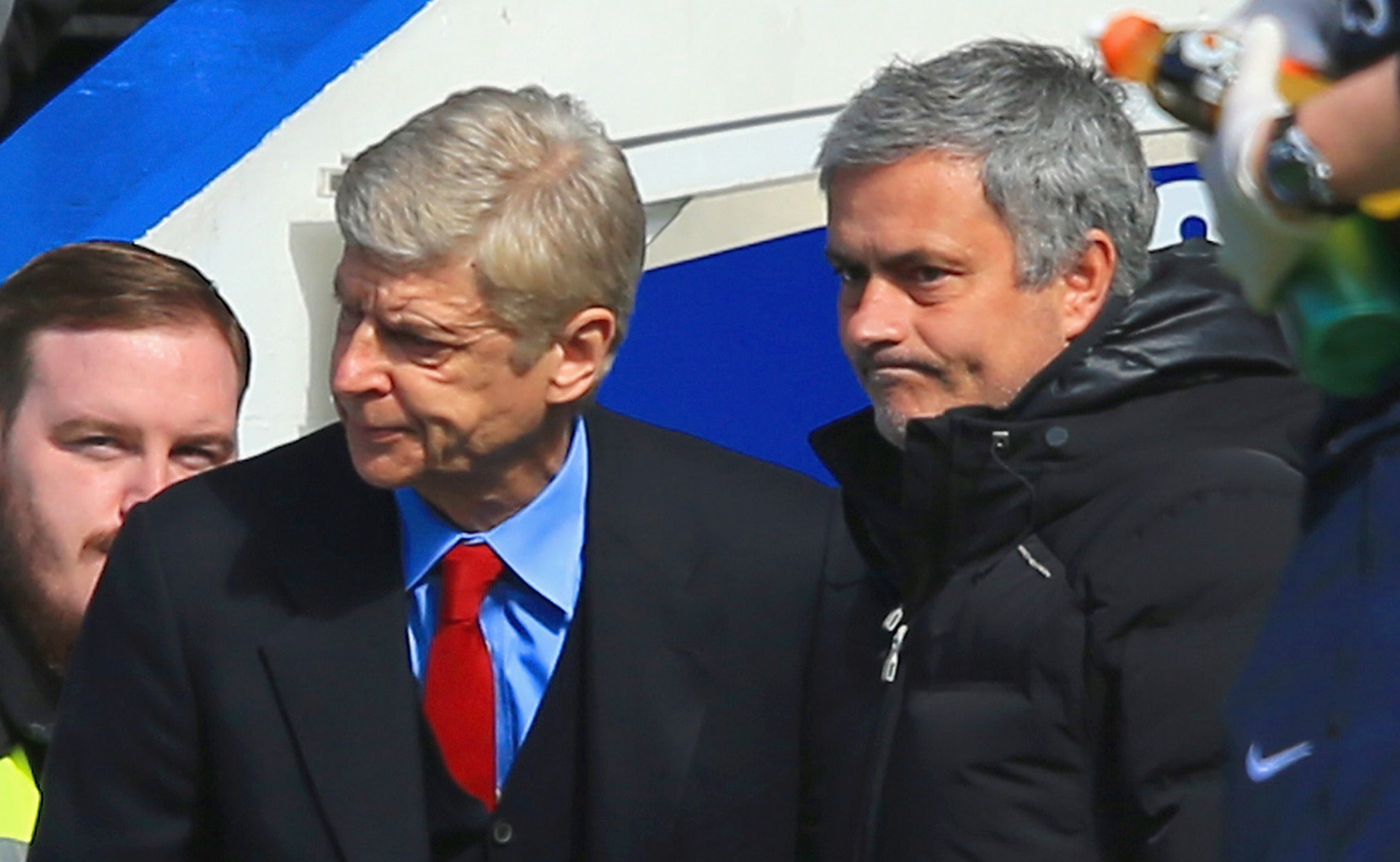 Mourinho refuses to apologize to Wenger over 'failure' jibe 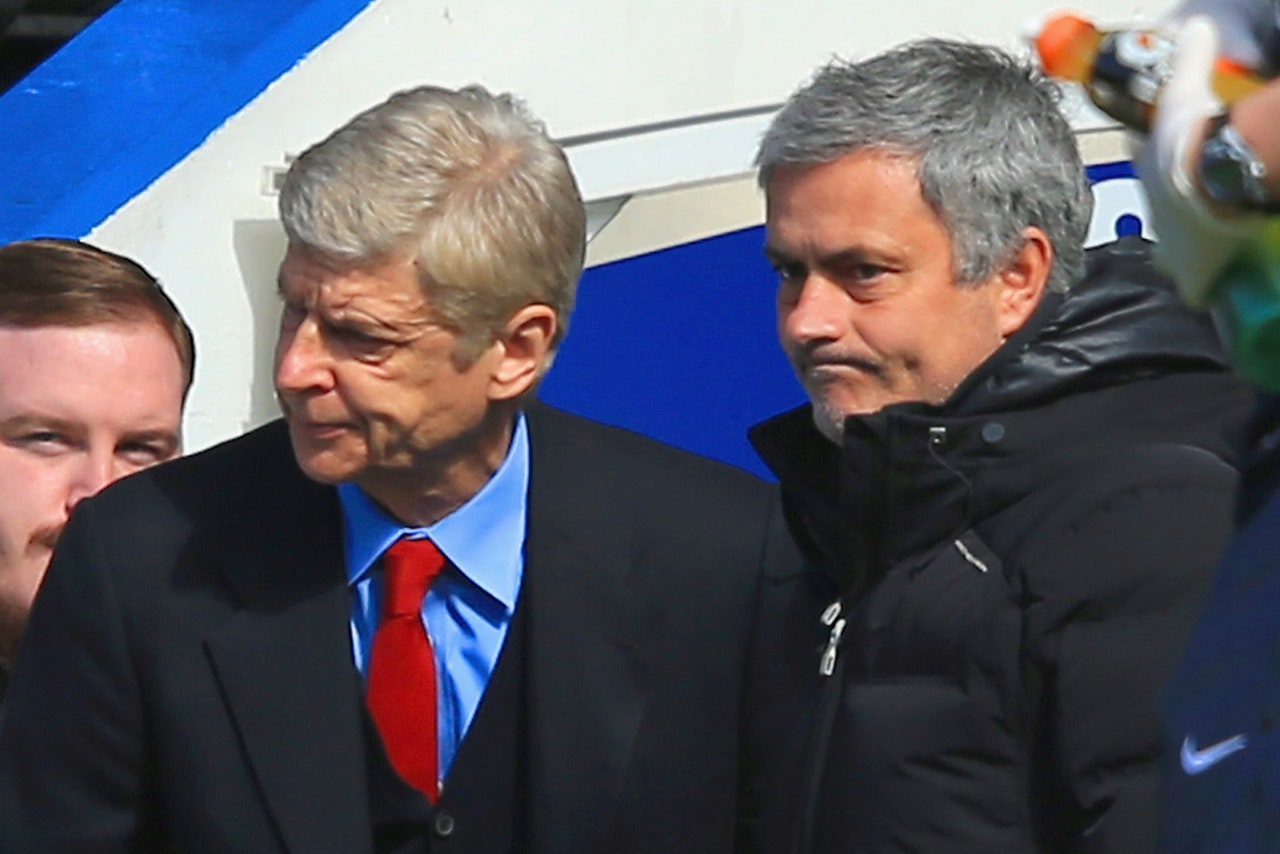 Chelsea manager Jose Mourinho declined the opportunity to apologise for describing Arsene Wenger as "a specialist in failure" and merely wishes to move on ahead of Sunday's Premier League contest with Arsenal.

Mourinho in February responded to comments by Wenger with the verbal taunt, which was pored over as the managers' relationship was analysed once more.

The Frenchman, pointing at Mourinho's insistence that his side were outside bets for the championship, had declared that the title was Chelsea's to lose and said anyone who claimed their team were not in the race did so out of fear of failure.

The following month Chelsea beat the Gunners 6-0, but in May Wenger ended Arsenal's nine-year silverware drought by winning the FA Cup, while Mourinho's Blues endured a trophyless season.

"It was a consequence of something," Mourinho said of his taunt.

"It was not a deliberate first option to say something. I didn't get an apology. I don't apologise."

Mourinho wants to leave the comment in the past.

"You don't need to apologise," added Mourinho, who last season did say sorry for calling Wenger a "voyeur" during his first spell.

"To go over it, to forget it and to move forward without thinking about what happened.

"We don't need that, finish, move and let's go for another match with big responsibility for both of us.

"We have the responsibility not to win, to give a good football match and for (the) millions of fans that both clubs have. No problems."

He is yet to claim victory over a Chelsea side led by Mourinho, though.

His 11th attempt, in his 1,000th game in charge in March, ended in that 6-0 embarrassment at Stamford Bridge.

"It's once in a life (time). Me against Arsene Wenger, I never had the pleasure to play one against one against him, beach soccer or nothing. It was always between Chelseaand Arsenal.

The absence of Didier Drogba (ankle) will satisfy Wenger somewhat, given the Ivory Coast striker's record against the Gunners in his eight-year first spell.

Drogba scored 13 goals in 14 games against Arsenal, finishing on the losing once in that time.

Midfielder Ramires (groin) is also out, but Diego Costa is fit to start a third match in nine days despite his fragile hamstrings.

The Â£32million striker, who has scored eight goals in six Premier League games this season, has also been named in the Spain squad for next week's internationals, despite Mourinho preferring the 25-year-old to be afforded some rest.

"It's not a surprise for me," Mourinho added. "If he can play three matches in a week? I think it's too much, but he's going to do that.

"I'm not going to save him to be in perfect condition for the national team."

Another Spaniard will be in the spotlight on Sunday in Cesc Fabregas, the former Arsenal captain signed by Chelsea from Barcelona in the summer.

The Gunners reportedly had a first-option clause on Fabregas, but that does not concern Mourinho.

The Blues boss added: "For me the important thing is that he's a Chelsea player and he's doing phenomenal for us. Every game, no exception."

Mourinho called on Chelsea's home support to drown out any dissent directed towards Fabregas from the visitors for a playmaker "made at Arsenal".

"After that, I don't know. I think it depends also on the club culture. As you could see,Chelsea fans with Frank Lampard (at Manchester City last month), or maybe you will see - who knows? - Chelsea fans with Ashley Cole if he comes back playing for Roma.

"Fabregas was almost made at Arsenal. And I think the feeling should be a good feeling between the fans and him."