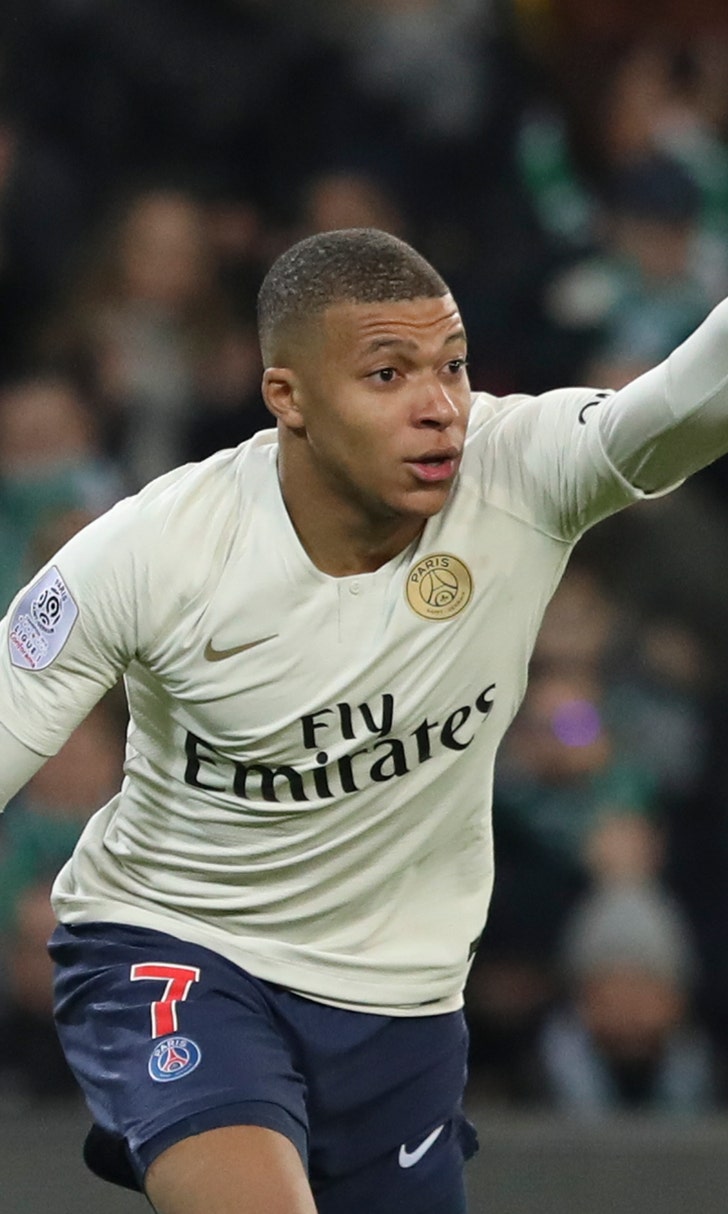 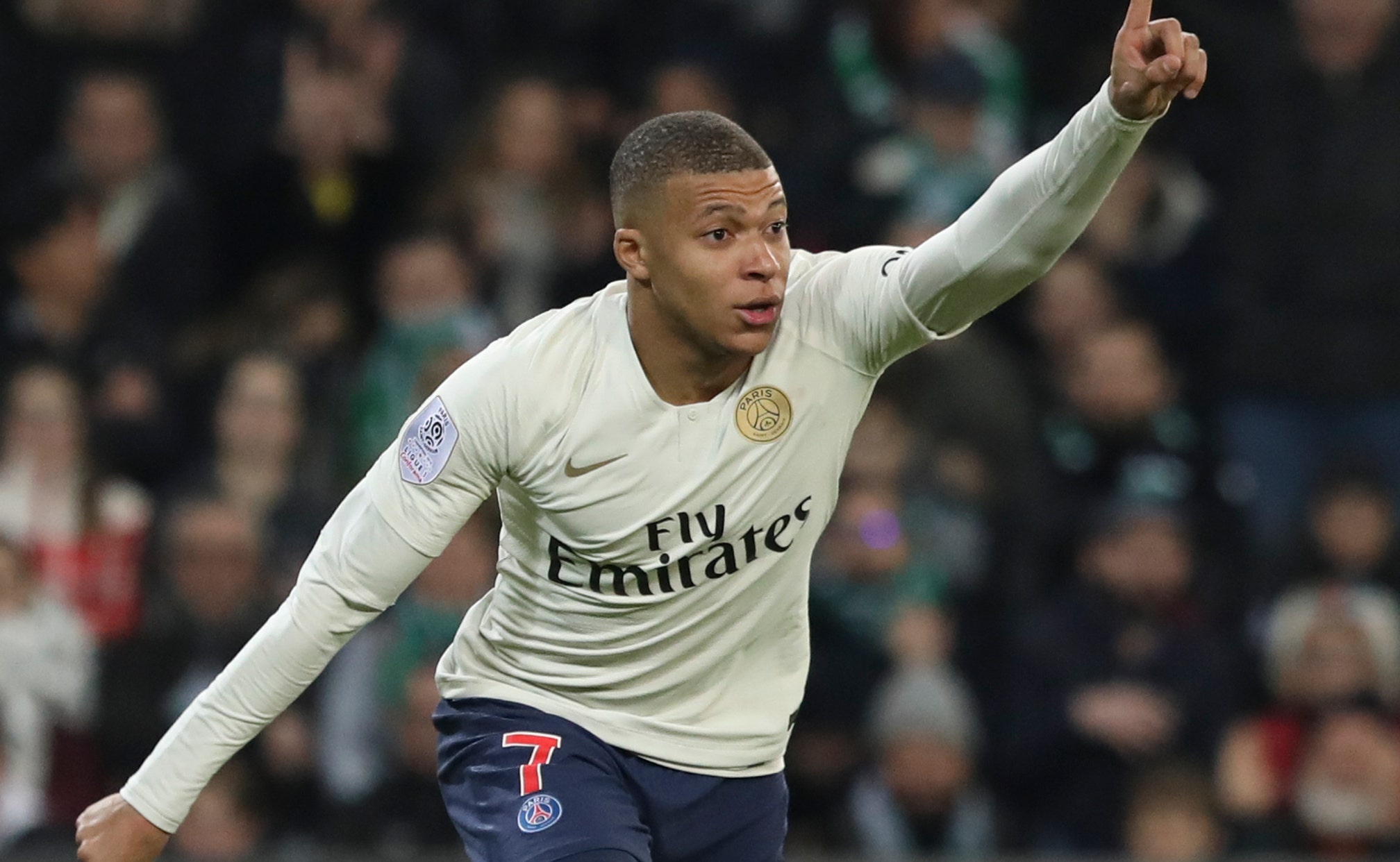 PARIS (AP) — Kylian Mbappe displayed his match-winning abilities once again Sunday, scoring off balance with a superb volley as Paris Saint-Germain beat Saint-Etienne 1-0 to move 12 points clear at the top of the French league.

Latching onto a clever lobbed pass from veteran Dani Alves over the defense, Mbappe was at full stretch yet still hooked a powerful shot into the top left corner while sliding forward to meet the ball in the 73rd minute.

He then sprinted to the bench to celebrate his league-leading 19th goal and 24th overall this season with coach Thomas Tuchel.

It was also Mbappe's second important strike in the matter of days, where he has led the attack impressively in the absence of Neymar and Edinson Cavani .

The 20-year-old France forward netted Tuesday in PSG's impressive 2-0 win at Manchester United in the last 16 of the Champions League.

After his clinical strike settled a tense match, Mbappe could even afford himself a moment of light relief.

Television cameras captured him laughing in the fifth minute of injury time after the referee showed him a yellow card for not standing back enough for a Saint-Etienne free kick.

Saint-Etienne boasts the second-best home record in the league — behind PSG — but offered little in attack as it dropped to fifth place behind an improving Marseille side boosted by striker Mario Balotelli's arrival.

Instead, it was down to Saint-Etienne goalkeeper Stephane Ruffier to keep PSG at bay with saves from Mbappe and Angel Di Maria before Mbappe scored the only goal.

Lille dropped points in the race for second place and automatic qualification for the Champions League after drawing 0-0 at home to Montpellier.

Montpellier showed why it has the second-best defense in the French league by containing Lille's 16-goal top scorer Nicolas Pepe .

The draw trims second-placed Lille's lead over third-placed Lyon to four points with both sides having 13 games remaining. Consistent Montpellier is in sixth spot and is two points behind Saint-Etienne, with a game in hand.

Forwards Boulaye Dia and Remi Oudin scored as Reims beat Rennes 2-0 at home to climb up to seventh place.

Earlier, forward Josh Maja made his Bordeaux debut in a 2-1 home win against Toulouse.

The 20-year-old Englishman joined from third-tier English side Sunderland. But it was veteran forward Jimmy Briand who struck Bordeaux's 83rd-minute winner.

Struggling Caen picked up a point in its fight against relegation after holding Strasbourg to a 0-0 draw at home.