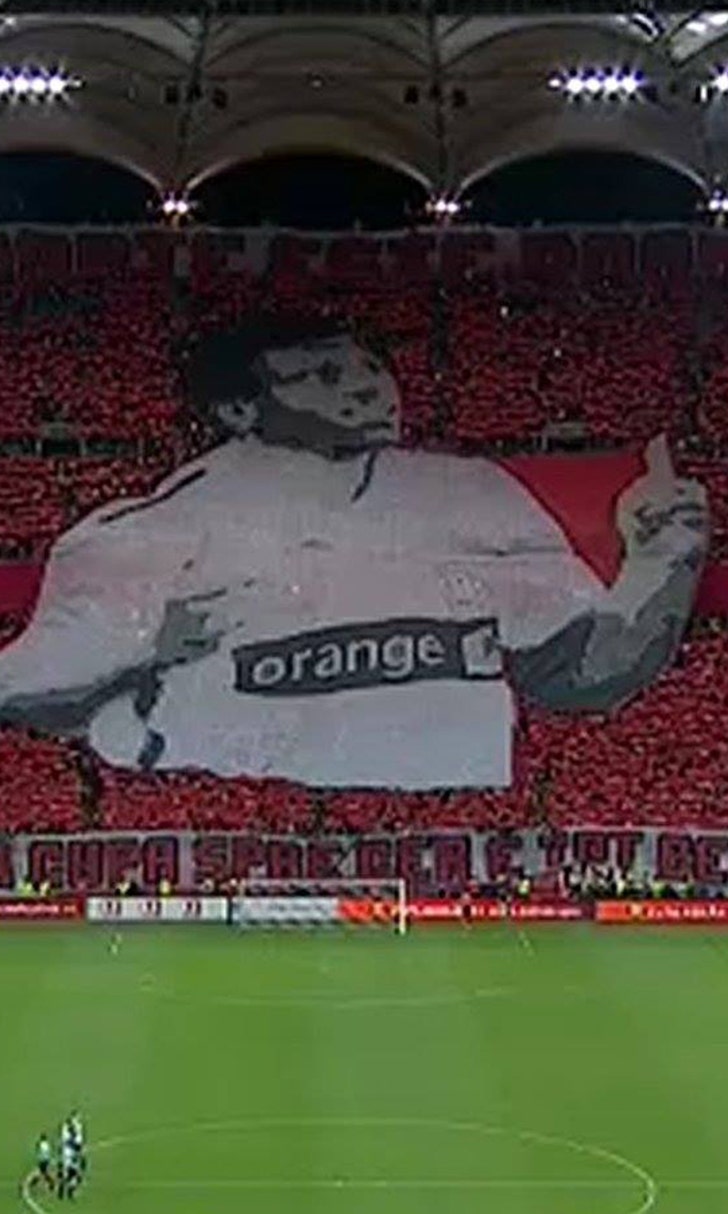 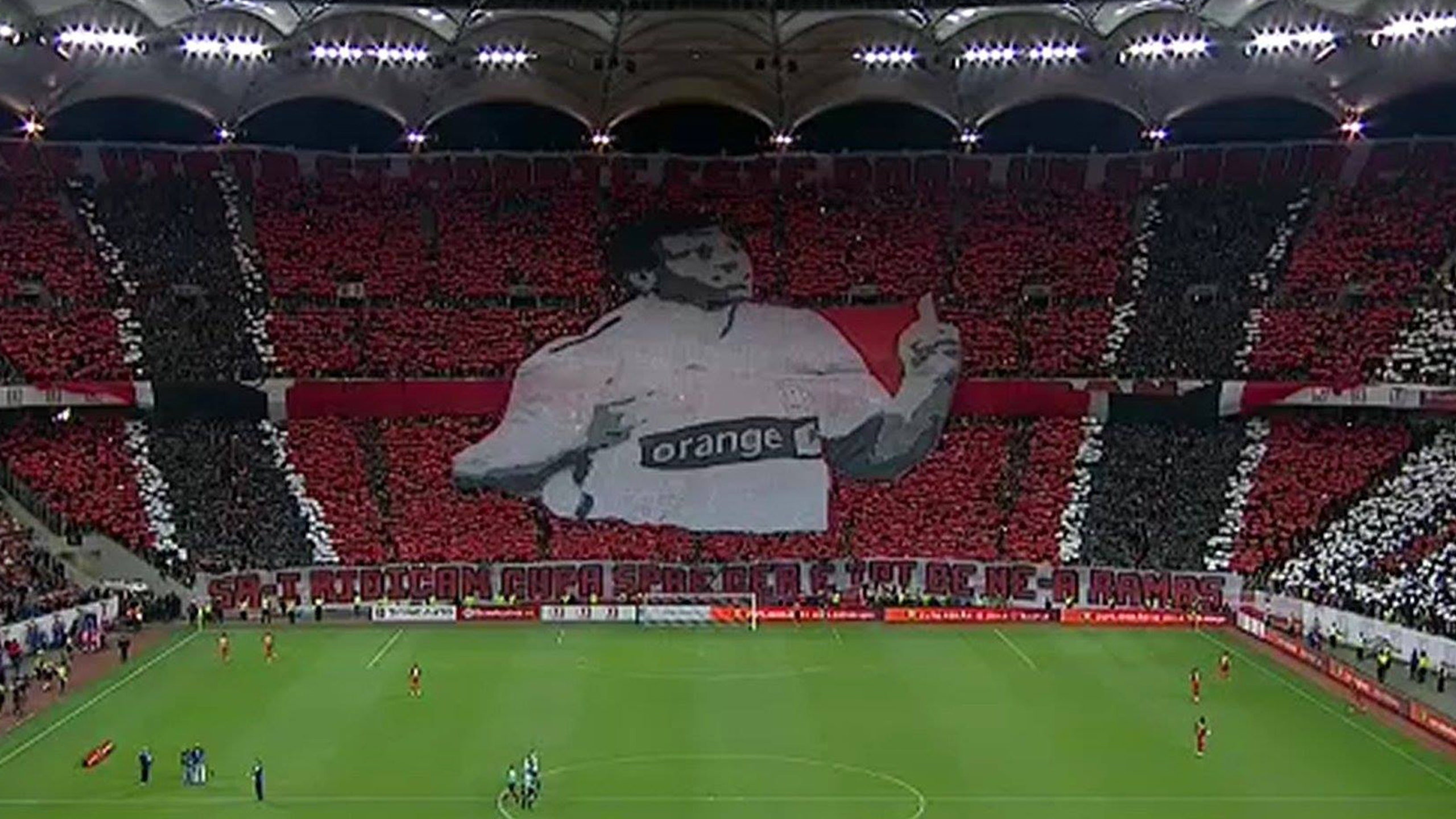 Fans at the Romanian Cup final honored the late Patrick Ekeng with a massive tifo tribute on Tuesday. The final featured Ekeng's club, Dinamo Bucharest, and CFR Cluj at the Arena Nationala in Bucharest.

Prior to kickoff, a minute's silence was held and a stadium-wide tifo was displayed in memory of the Cameroonian. An image of Ekeng was shown in one end of the stands, while another set of fans held up signs that spelled out "Bon Voyage Patrick."

In addition to the pre-match tributes, the match was halted in the 14th minute in Ekeng's memory, per the BBC. The striker, who collapsed on the pitch after an apparent heart attack on May 6, wore No. 14 while at the club.

Dinamo Bucharest dedicated the match to Ekeng, who was just 26 years old when he died, writing "You have died wearing red and white colors, you will always be one of our angels" on Facebook. Cluj managed to win the affair in a penalty shootout, but the homage for Ekeng was the true highlight.