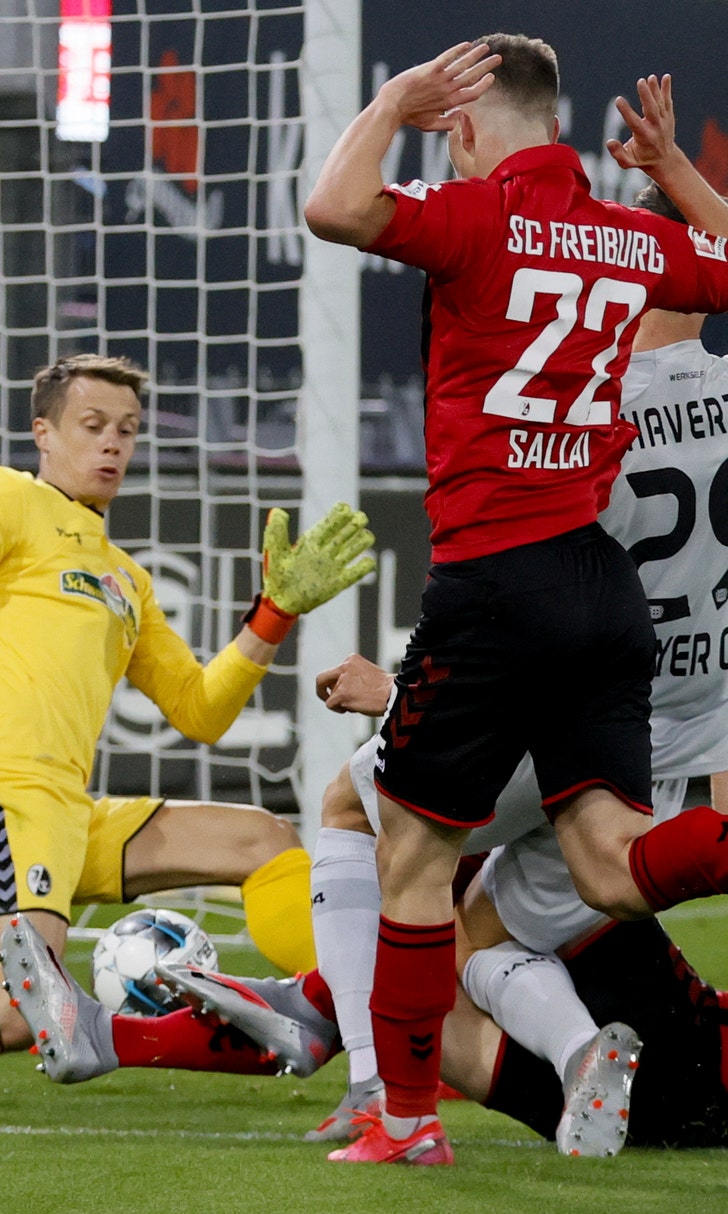 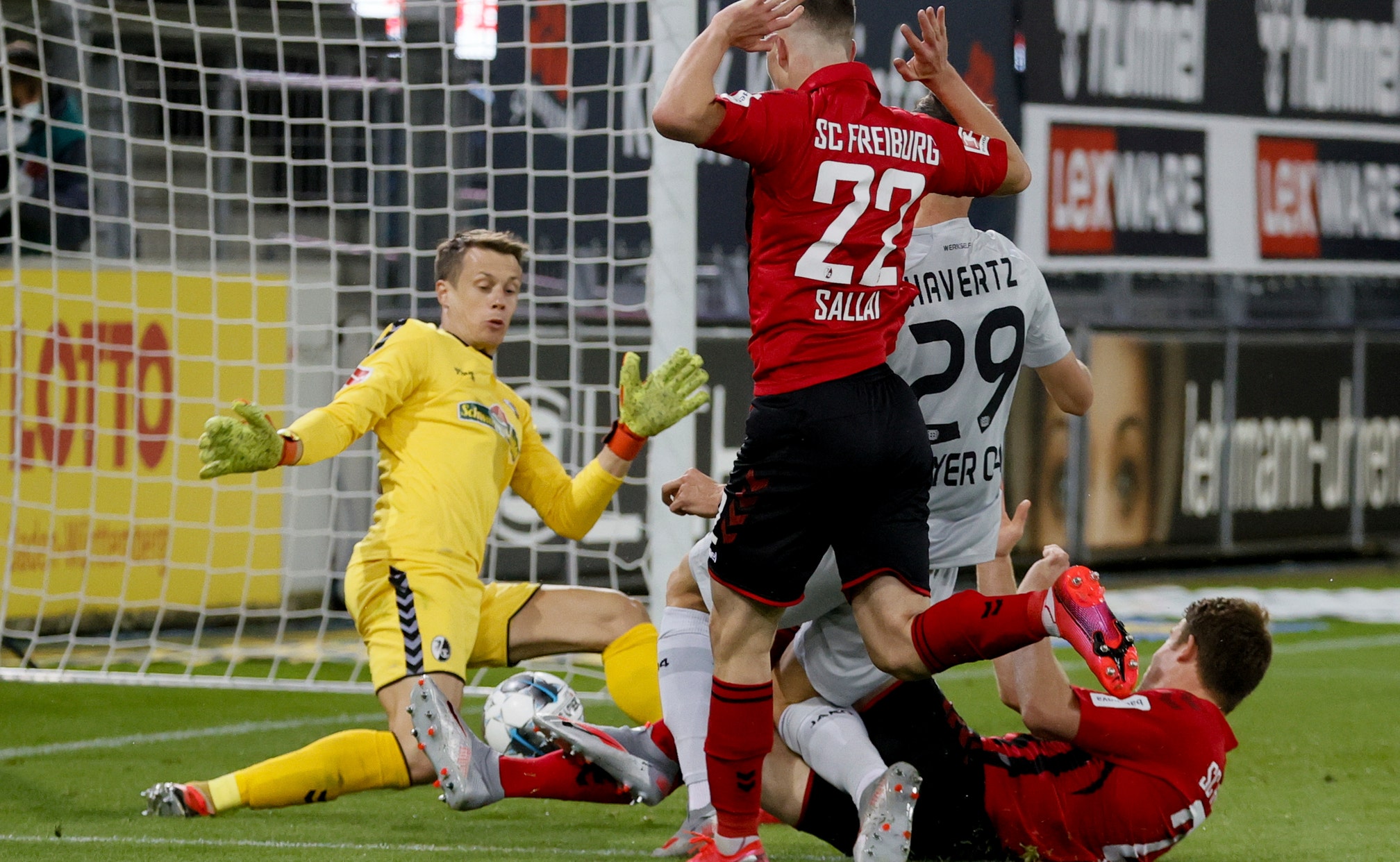 FREIBURG, Germany (AP) — Kai Havertz scored his fifth goal since the Bundesliga restart to lift Bayer Leverkusen to a 1-0 win over Freiburg and back into the thick of the Champions League qualifying fight on Friday.

The 20-year-old Havertz stretched to prod in Leon Bailey's pass in the 54th minute after Leverkusen spent much of the game fruitlessly passing around the Freiburg defense. That made him the first player ever to score 35 career Bundesliga goals before his 21st birthday.

Havertz's teammates hurried over to celebrate with hugs, not the elbow bumps the league prefers for reasons of social distancing.

Leverkusen moved up two places to third with the win, bouncing back from losing to Wolfsburg 4-1 on Tuesday. Leipzig dropped to fourth, with Borussia Mönchengladbach down to fifth.

Freiburg was eighth and hasn't won any of its four games since the league restarted.

Freiburg could have snatched the lead in the 43rd after being on the defensive for most of the first half. Lucas Höler reacted quickly to pick up a long pass and run in behind Leverkusen's high defensive line but dragged his shot wide of the post when one-on-one with goalkeeper Lukas Hradecky.

Leverkusen's Julian Baumgartlinger headed the ball into the net in the 63rd but it was ruled out for pushing.

Hradecky made a good save late on to deny Freiburg's Nils Petersen.