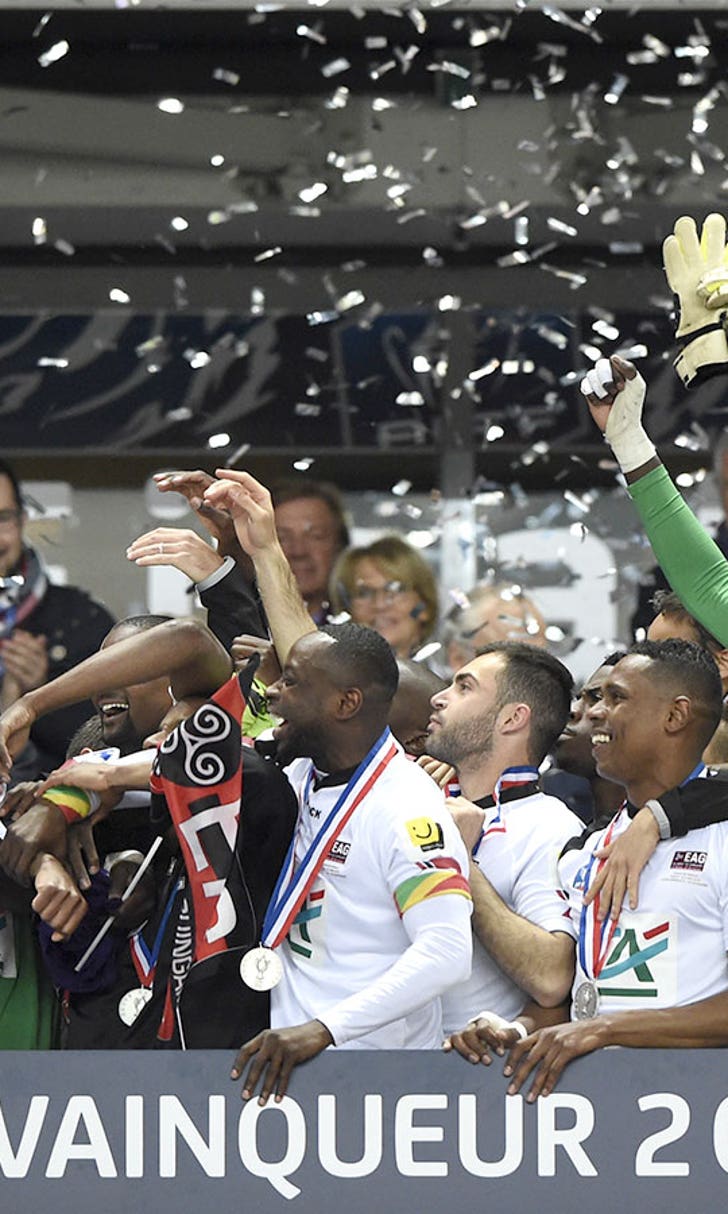 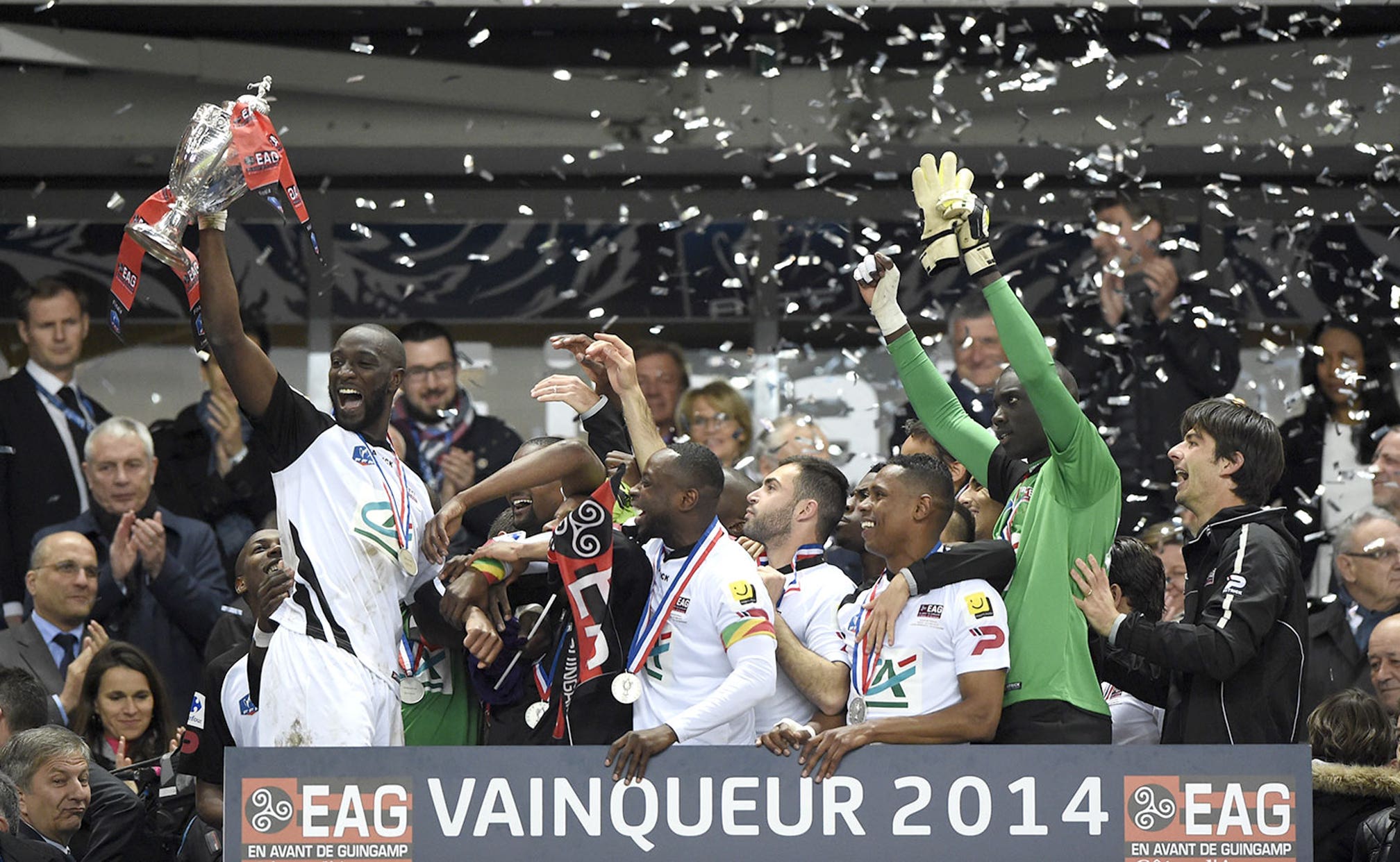 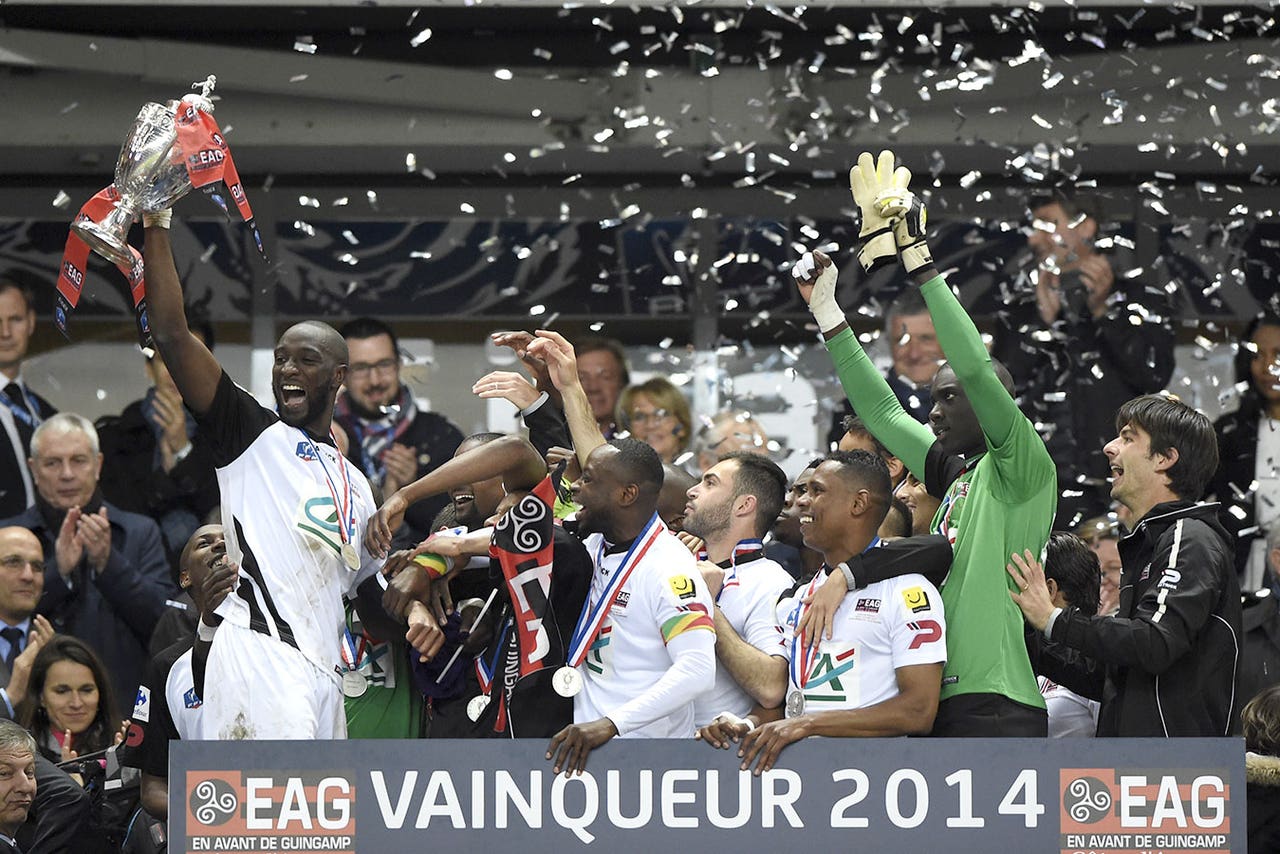 PARIS (AP) -- Guingamp beat a dispirited Rennes 2-0 to win the French Cup for the second time on Saturday.

Rennes was on the back foot from the outset and Guingamp had four chances inside the first 20 minutes. All of them were headers, highlighting the vulnerability of the Rennes defense.

Defender Jonathan Martins Pereira gave Guingamp a deserved lead in the 37th minute with a crisp volley and top scorer Mustapha Yatabare headed in his 19th goal of the season one minute after the interval.

Guingamp, then in the second division, beat Rennes 2-1 to win the French Cup five years ago.

Rennes was looking to win it for the third time after successes in in 1965 and 1971.