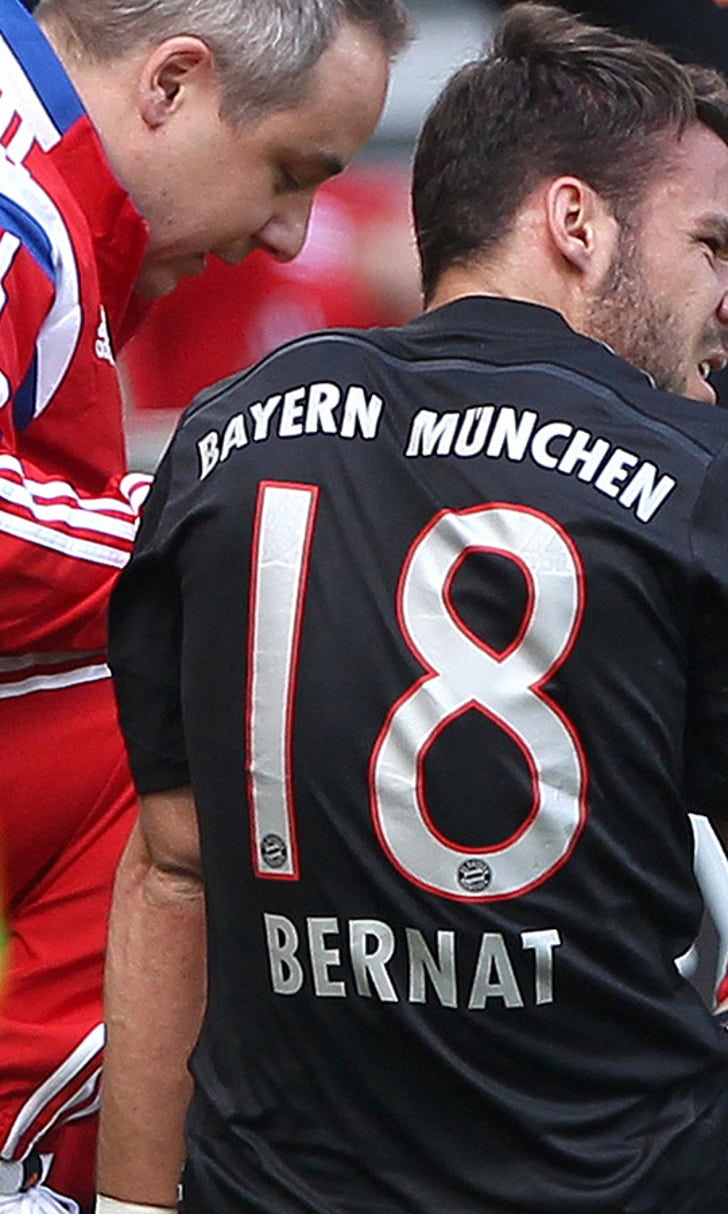 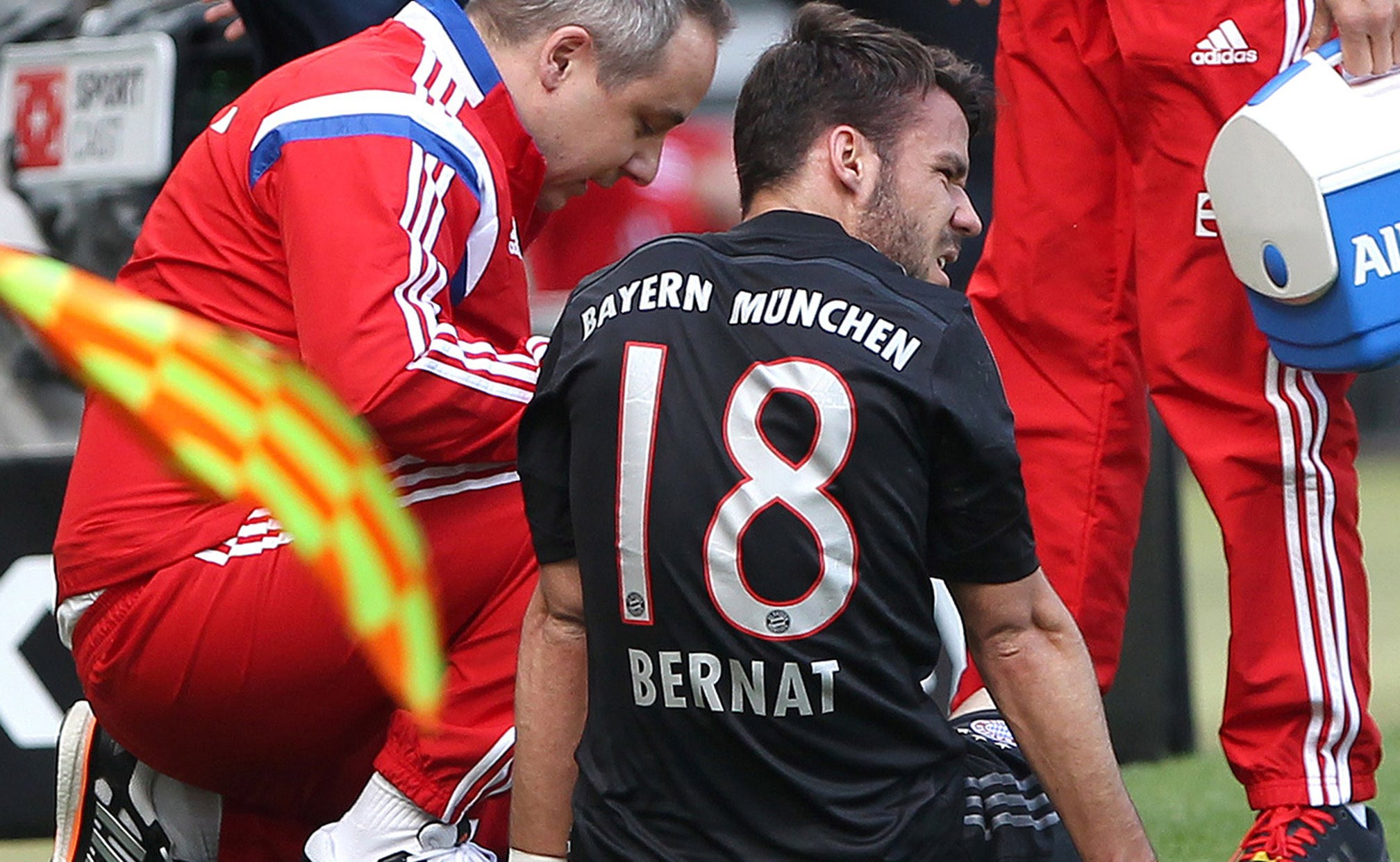 Guardiola confident injured Bernat will be fit to face Porto 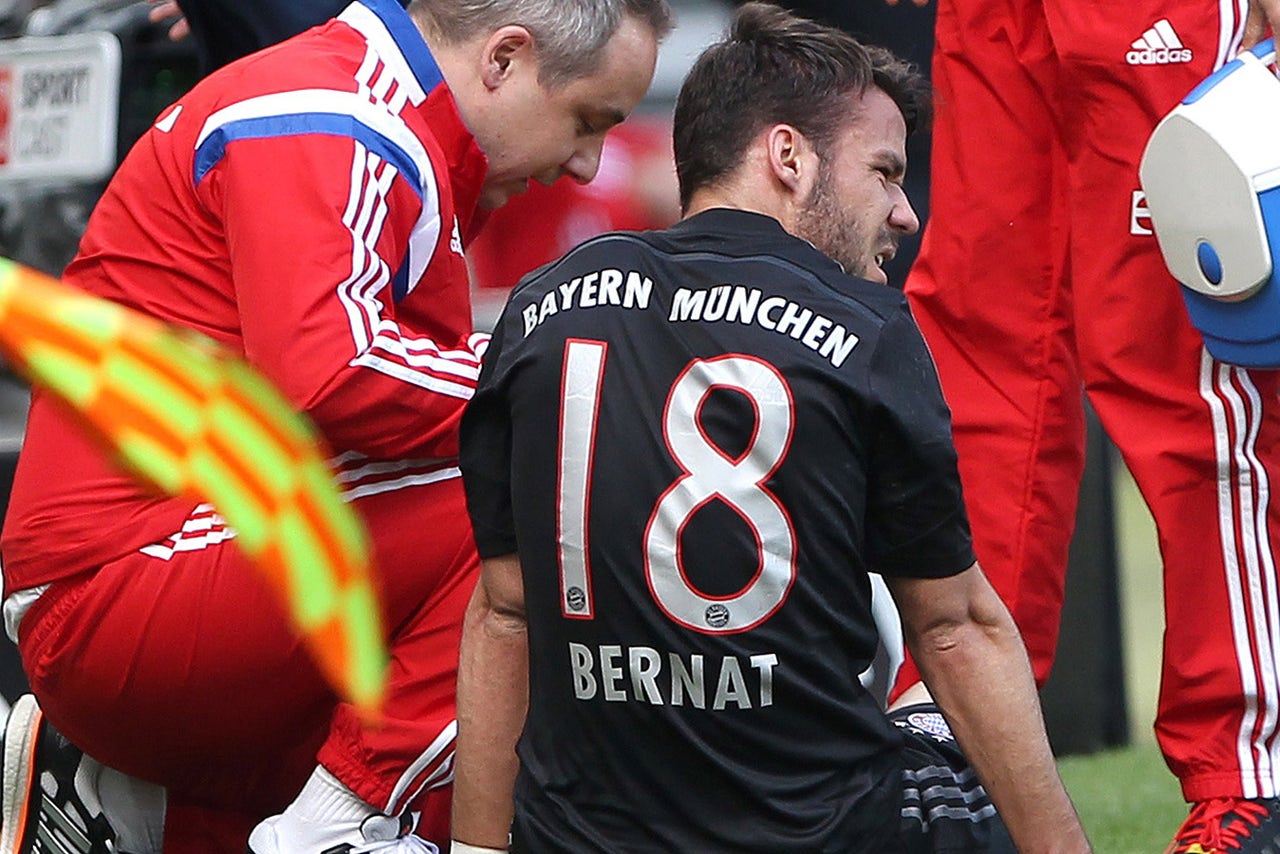 Bernat went off at halftime in Bayern's 2-0 win at Hoffenheim in the Bundesliga on Saturday after a bad challenge on his left ankle.

Guardiola says, ''We didn't want to take any risks. He can play on Tuesday.''

Bastian Schweinsteiger is ''now fit again'' after missing two weeks, first with an ankle injury and then a cold, but Frank Ribery (ankle) and Philipp Lahm (gastrointestinal infection) are doubtful.

Bayern needs to overturn a 3-1 deficit from the first leg to reach its fourth successive Champions League semifinal.