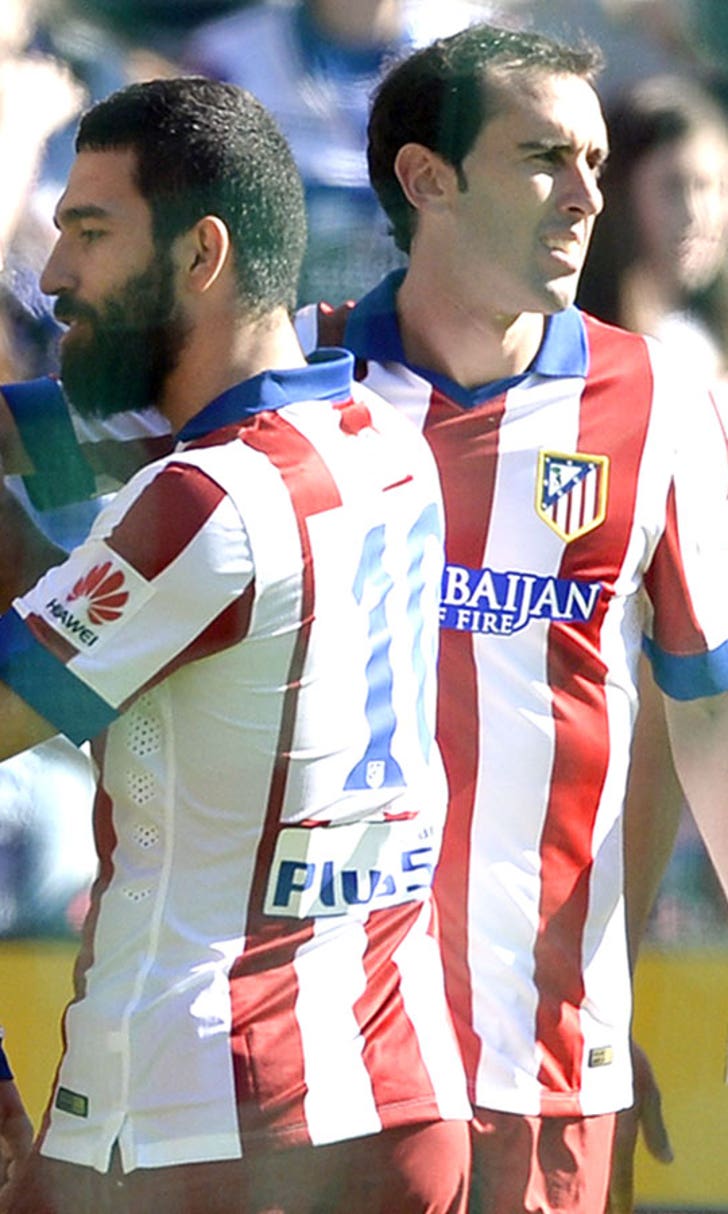 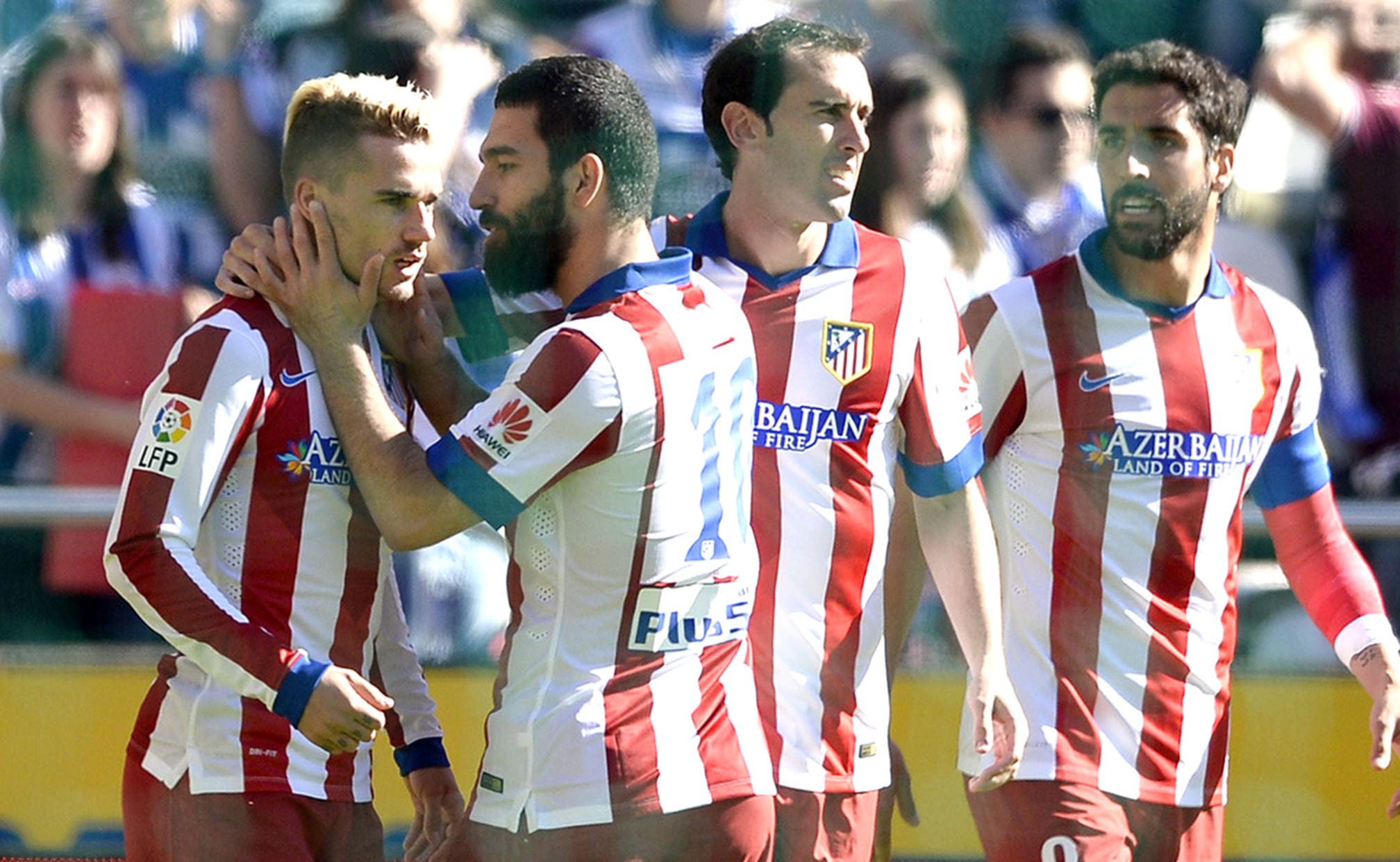 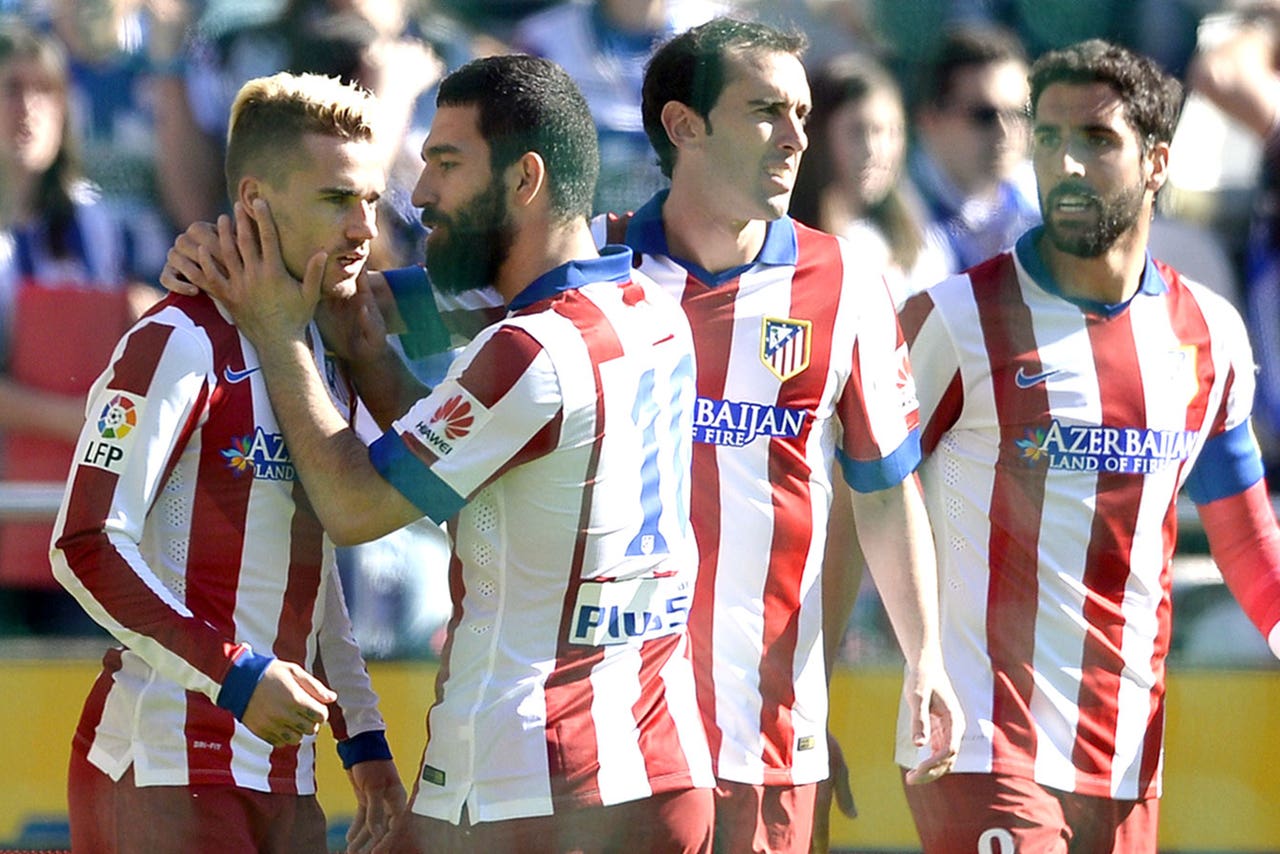 Antoine Griezmann was at the double yet again to give Atletico Madrid a 2-1 win over Deportivo La Coruna.

The Frenchman opened the scoring with just five minutes played with a stunning bicycle kick, then extended the visitors' lead midway through the first half with another impressive first-time finish to move on to 20 league goals in his first season for the Rojiblancos. Deportivo struggled in the first half but Oriel Riera made for a tense finish by pulling a goal back in the 77th minute.

But Atletico held on for the win to increase their stranglehold on third place to four points after Valencia lost to Barcelona. Deportivo, meanwhile, remain in the relegation zone on 28 points. The Galicians had fought their way to a 2-2 draw at Real Sociedad in new coach Victor Sanchez del Amo's first game in charge last week, but the former Depor midfielder's homecoming got off to a nightmare start.

Griezmann could have opened the scoring in the fourth minute but did so 60 seconds later. Depor failed to properly clear an Atletico attack and Jose Maria Gimenez chipped the ball back into the box and Griezmann just about stayed onside, letting the ball bounce before acrobatically striking the ball into the far corner.

The Frenchman pounced again on 21 minutes. For the second week in a row Atletico defender Jesus Gamez assisted the striker with a long throw into the box. This time the ball was flicked on by Depor defender Sidnei to the back post and again Griezmann was there unmarked, striking the ball sweetly beyond Fabricio and scoring his second brace in a week.

Depor struggled to cause many problems for Atletico in the first half but visiting coach Diego Simeone still found reason to get worked up and he was sent to the stands for arguing with the referee, disagreeing with David Fernandez Borbalan's decision to not award Sidnei a yellow card.

Depor goalkeeper Fabricio had to make two saves in quick succession to deny Raul Garcia and then Saul Niguez early in the second half, and then later on made a stunning three saves in a row to deny Fernando Torres, Raul Jimenez and Raul Garica. The loose ball landed at the feet of Jimenez, but the Mexican's goalbound shot was cleared off the line by Juan Dominguez.

Having kept themselves in the game by the skin of their teeth, the Galicians then reduced the deficit with 13 minutes to go. Sidnei showed the technique of a winger to dribble down the left and nutmeg Juanfran before swinging the ball in for Riera to head in at the near post.

Albert Lopo came close to scoring an equalizer immediately after but his header shaved Jan Oblak's near post. Juanfran then squandered a fine opportunity at the other end that would have put the game to bed, but despite Deportivo's persistence, a second goal for the hosts proved elusive.

Athletic Bilbao claimed a first Primera Division win in four games with a 4-0 hammering of 10-man Getafe on Saturday.

Aritz Aduriz scored either side of half-time, the first coming from the penalty spot after Emiliano Velazquez was sent off for the visitors. Ibai and Markel Susaeta then completed the scoring as Athletic moved up to eighth while Getafe are eight points clear of the relegation zone.

Bilbao made the better start with Mikel San Jose and Aduriz both missing the target with headers before the latter spurned a golden opportunity as he fired wide from inside the box. Aduriz was making a real nuisance of himself and midway through the half he fired wide again as the home side continued to press for an opener.

It was all Bilbao at this stage and Ibai tried his luck from distance but Vicente Guaita was equal to his effort. Despite all their pressure, Bilbao could not break down Getafe but they were handed an opportunity a minute before the break when Velazquez was given his marching orders for a poor challenge in the penalty box.

Aduriz stepped up and fired home the penalty to hand Athletic a lead which their first-half domination had merited. And the advantage was doubled just a minute into the second half, Andoni Iraola's through ball freed Aduriz and he made no mistake to slot home.

Bilbao were clearly enjoying an aerial advantage over the visitors and Borja Viguera should have made it three but he headed wide from Benat Etxebarria's cross. Gorka Iraizoz had had a quiet night in the Bilbao goal but was called upon to make a smart save with 20 minutes remaining as Freddy Hinestroza met a cross six yards out.

That failed to spur the visitors, though, and with 11 minutes remaining it was 3-0 as Ibai gave Guaita little chance with a header. And the fourth came eight minutes later with Susaeta tapping into an empty net after being set up by Ager Aketxe.