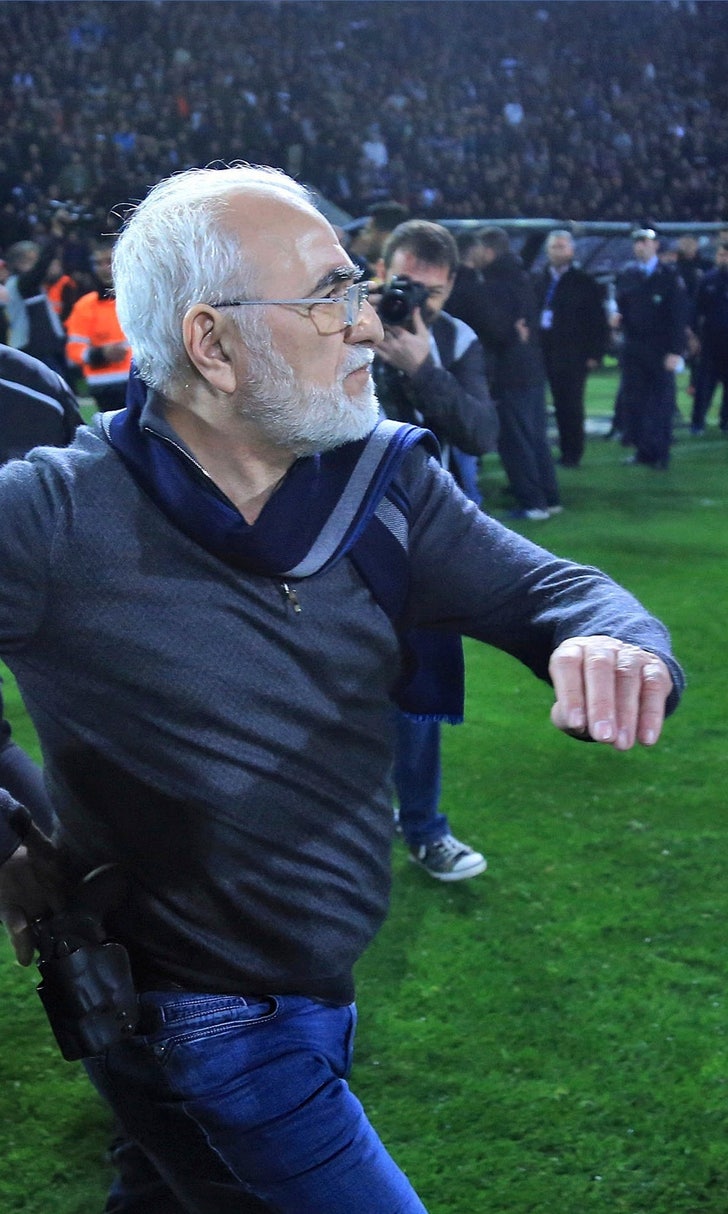 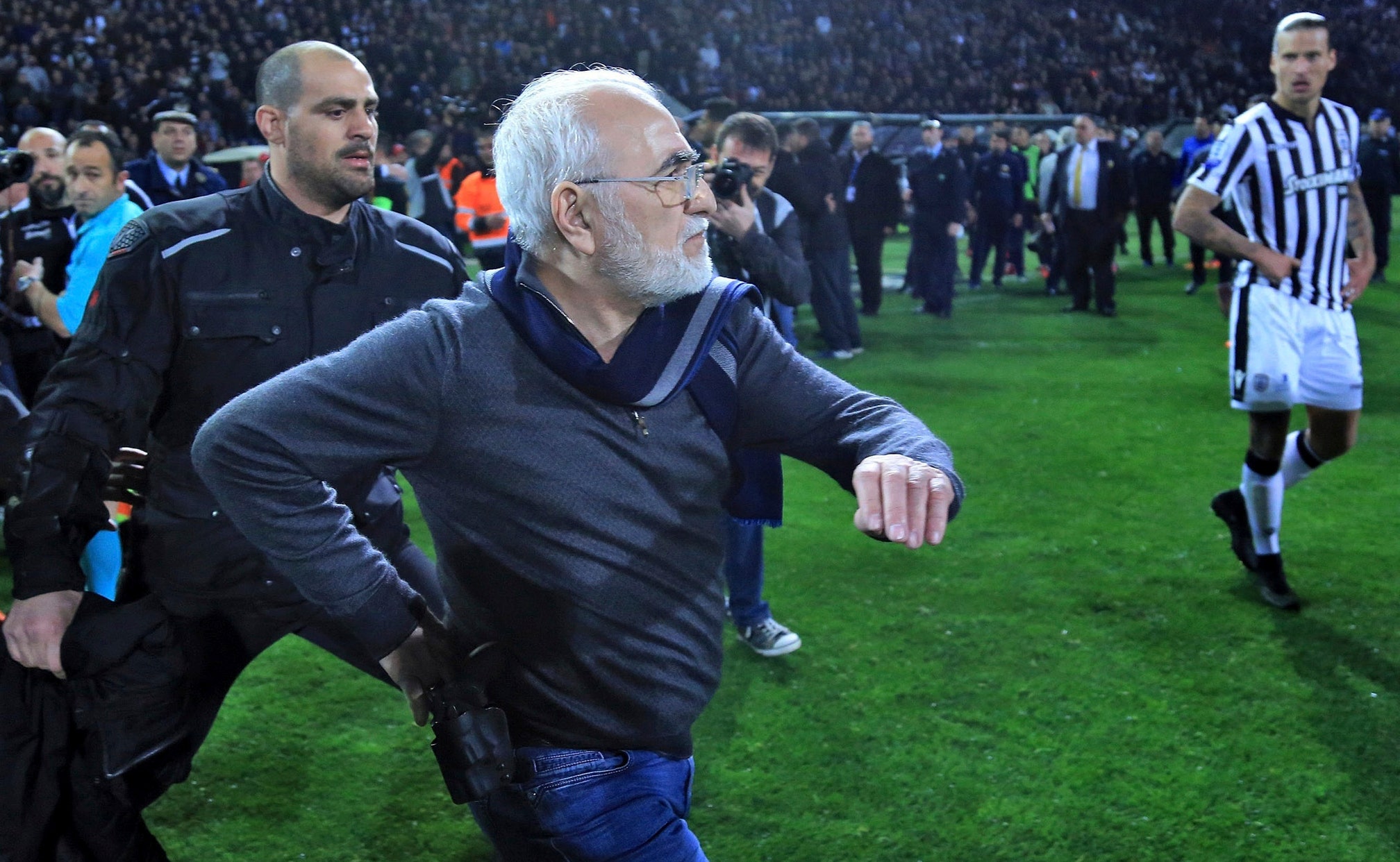 PAOK's owner stormed onto the field in protest with a gun strapped to his belt, the league was suspended for two weeks, and FIFA forced Greece to make a series of urgent reforms or face expulsion from international competition.

On Sunday, the two teams played again, under new regulations that league organizers hope will finally keep the peace. Referees are now being imported for controversial matches involving major clubs where there is a potential for violence. Finnish referee Mattias Gestranius and his linesmen were the first foreigners to be in charge of a Greek league game in 43 years.

By all accounts, the experiment at Toumba Stadium in Thessaloniki was a success.

"Gestranius shut doubters up, no complaints from PAOK and AEK," Greek sports website goalpost.gr wrote, adding that referee was impartial throughout the match.

Even those who had some criticisms remarked that the presence of an international official made players and coaches behave better.

"If he had been Greek, he would have heard an earful, because he allowed rough play, especially by the home team," sports writer Yiannis Lambiris wrote in Monday's edition of daily Ta Nea. "He did not wish to overuse the whistle ... in any case, the players and the benches behaved themselves, because they knew they could not get away (with protests)."

And, indeed, when an assistant on the PAOK bench started loudly protesting a referee decision in the 17th minute, he was immediately sent off.

In the end PAOK won 2-0, without any incident. PAOK now shares first place in the league, even though it started the season with minus-2 points, deducted for fan behavior last season.

Greek soccer has been troubled for decades by crowd violence and corruption allegations, and league organizers last experimented with overseas referees in the mid-1970s.

The powerful bosses of Greek soccer, with interests in shipping and the news media, routinely erupt in anger after lost matches, calling referee decisions into question as being manipulated and unfair. But four games into the new season and the league so far has been quiet.

Under the FIFA-supervised changes, a referee selection committee is headed by retired Portuguese referee Vitor Melo Pereira, along with two other overseas selections on the five-member panel.

After stepping in, Pereira brought since-retired Spanish referee David Fernandez Borbalan for the Greek Cup final at a heavily policed Olympic Stadium in Athens. PAOK beat AEK 2-0 for the trophy but AEK went onto to win the league. More importantly, Borbalan's refereeing was widely praised and the potentially explosive final ended without incident.

Gerstanius, unlike Borbalan, is not classified as an "elite referee" in the international classification system, which includes four categories (Elite, First, Second and Third). As a First Category referee he was also reportedly paid less for the game, 3,000 euros ($3,500), than Borbalan's 6,000 ($7,000).

AEK will have to play another foreign-refereed game next Sunday, against host Olympiakos.

Normally, both teams would now be bickering over the choice of referee, with club leaders competing in making inflammatory statements, setting the stage for another potentially explosive encounter. Now, sports authorities hope it will merely be another hard-fought game.