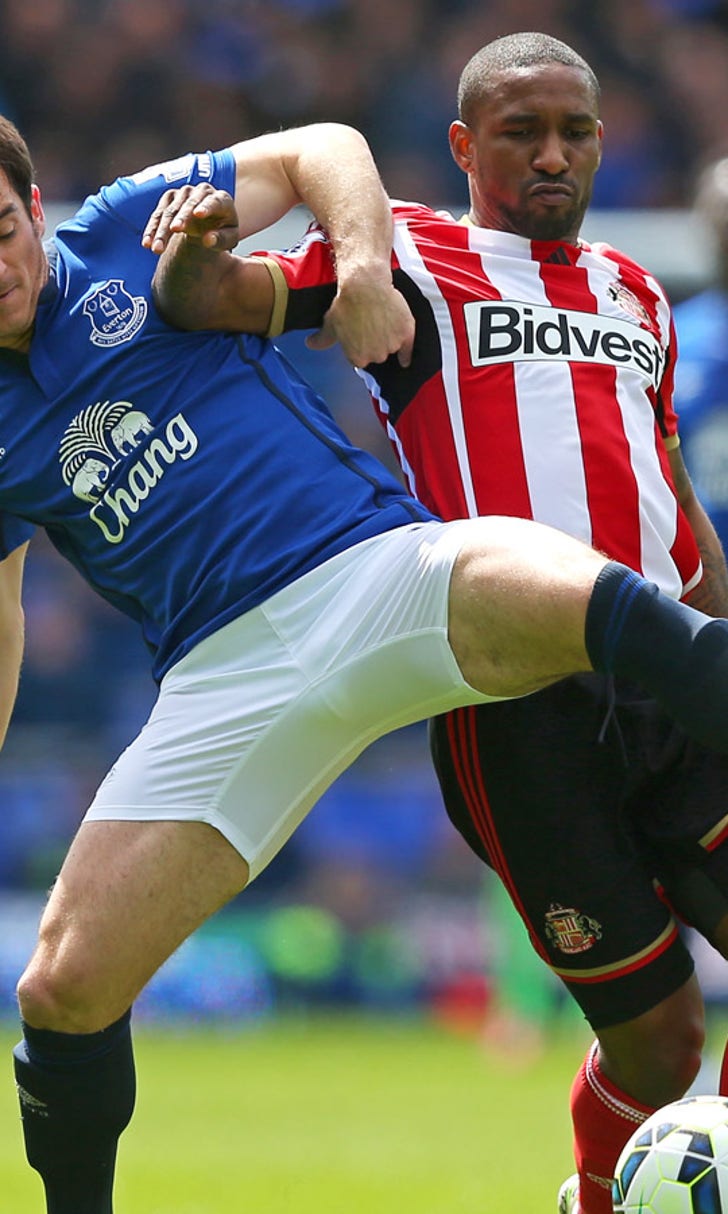 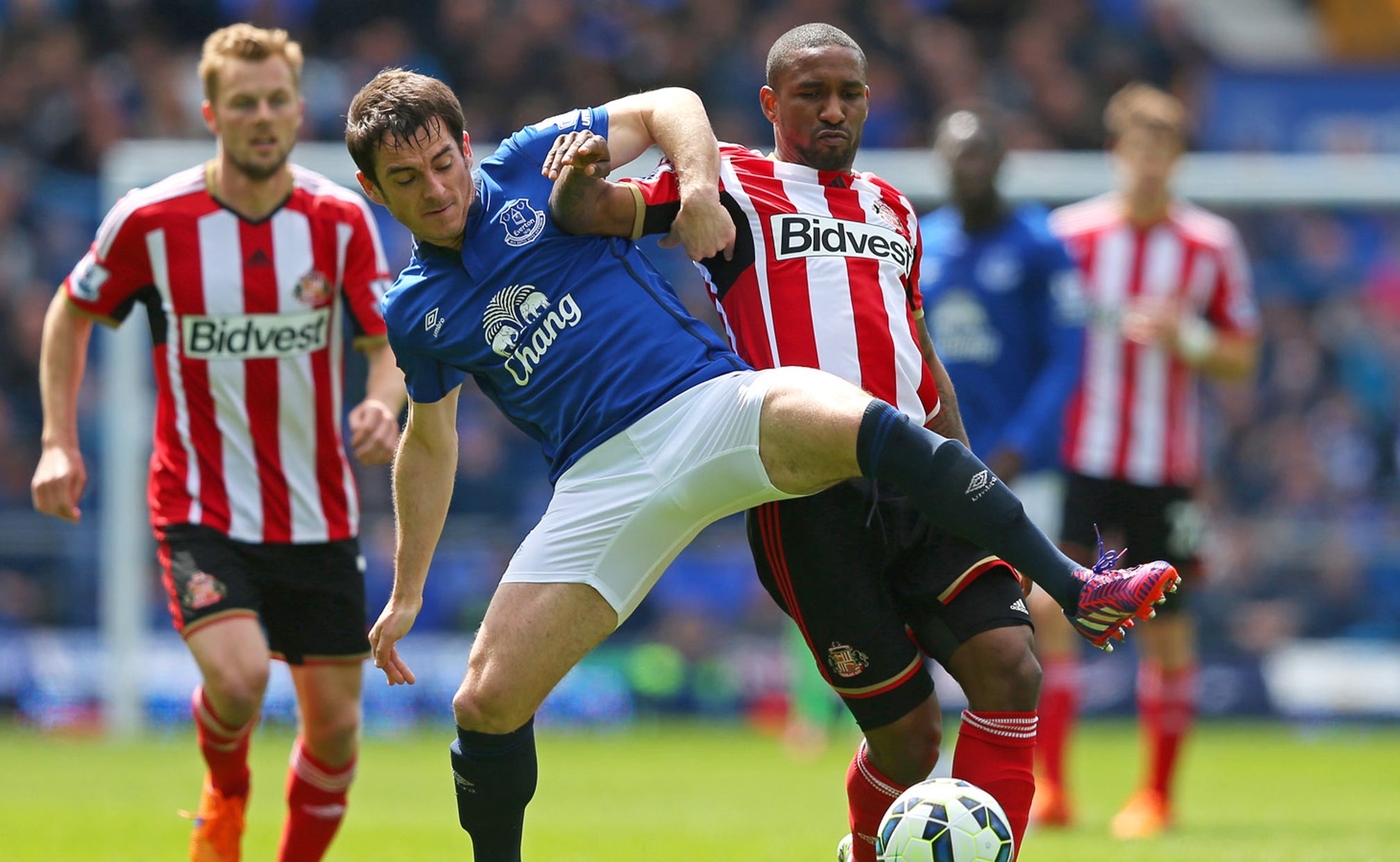 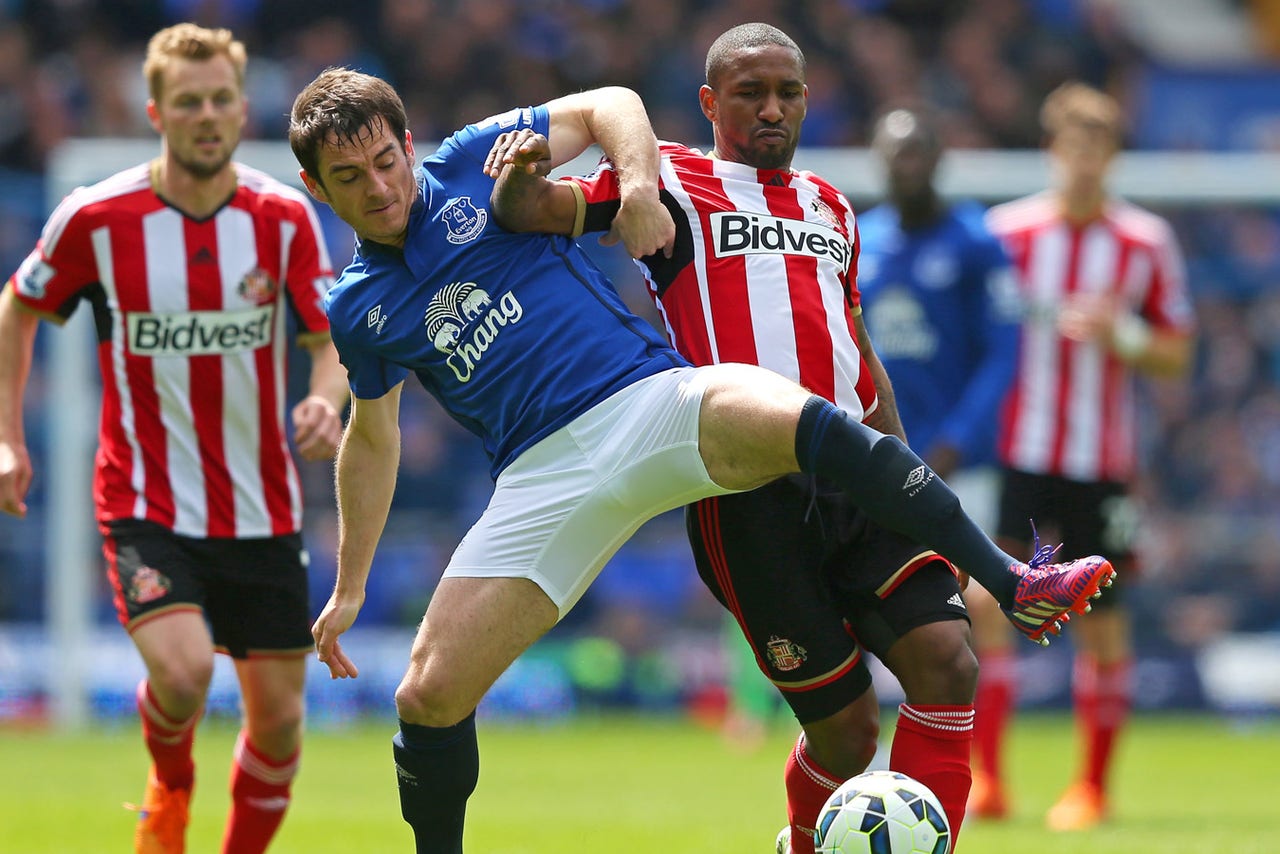 Sunderland striker Danny Graham's first goal for the club may have been a fluke but its significance could not be under-estimated as the Black Cats took another step towards Premier League survival.

Even the kindest critic would describe the 29-year-old's career at the Stadium of Light as a flop, having spent spells on loan at Hull, Middlesbrough and Wolves since his Â£5million move from Swansea in January 2013.

However, after 28 months and 28 matches he finally found the net to make the crucial breakthrough in a 2-0 victory at Goodison Park.

He knew little about the goal as Jordi Gomez's shot deflected off him and took a freakish bounce over Tim Howard in the 53rd minute.

Jermain Defoe's close-range strike five minutes from time was not much cleaner, coming off his thigh, but a first away win in eight matches - since beating Newcastle on December 21 - has seen them take 10 points from the last five matches.

Last season they registered four consecutive victories, although three were at home, to escape relegation.

This time they have only one home game left at home to Leicester next weekend before finishing the campaign with trips to Arsenal and Chelsea - but their chances of survival look much better than they did five weeks ago.

Sunderland stuck with the 4-3-3 line-up which had brought them success at home to Southampton last week but what looked like a bold move proved to be nothing of the sort.

In the first half Defoe and Connor Wickham, two of that front three, did most of their best work in wide areas 20 yards from Costel Pantilimon's goal.

The sight of Defoe, brought in from Major League Soccer's Toronto FC to score the goals to keep them up, tackling Leighton Baines down by his own corner flag was diametrically opposed to the Black Cats' plans.

As if to highlight the disconnect when Defoe, in the 27th minute, attempted a shot it deflected off Wickham for a goal-kick.

Sunderland's game plan was evident in the opening 10 minutes, which resembled a training exercise with Everton keeping possession but not penetrating and the visitors keeping them at arm's length.

As a result they invited pressure onto themselves and Pantilimon found himself busy, twice racing out to deny Romelu Lukaku, the second time with the help of Billy Jones and then quickly recovering to keep out Leon Osman's shot.

On-loan Liverpool defender Sebastian Coates sliding challenge on Ross Barkley saw the ball hit his arm while he was on the floor but a penalty would have been harsh, but Patrick van Aanholt's tackle on Aaron Lennon was much better timed.

If the half-time appearance of the likes Peter Reid and Graeme Sharp, marking the 30-year anniversary of Everton most successful season when they won the league, UEFA Cup-Winners' Cup and reached the FA Cup final, was meant to inspire the home side it failed.

If anything it merely reminded Goodison Park of a golden era when they could expect to regularly compete for trophies. The battle for a top-10 place is far less inspiring.

Within the space of a couple of second-half minutes headers from Phil Jagielka, Osman and Lukaku all went begging from corners before Sunderland had the stroke of luck they were hoping for.

Graham, with only one goal all season - in a loan spell for Sky Bet Championship side Wolves on December 6, had his back to goal when Gomez unleashed a long-range shot.

The 29-year-old tried to lift his leg out of the way but the ball struck his shin, deflected into the ground and looped up over Tim Howard and into the net.

It was like a switch had been flicked as Van Aanholt's weaving run past several players was spoiled only by the left-back firing over.

Everton were slow to respond but when they finally did they went close with Seamus Coleman's volley after a neat ball juggle flying just wide, while James McCarthy's angled drive from 30 yards cannoned back off a post.

But their comeback hopes were ended when substitute Adam Johnson fired in a cross for Defoe to deflect in, with Everton's protests about a foul on John Stones in the build-up ignored.