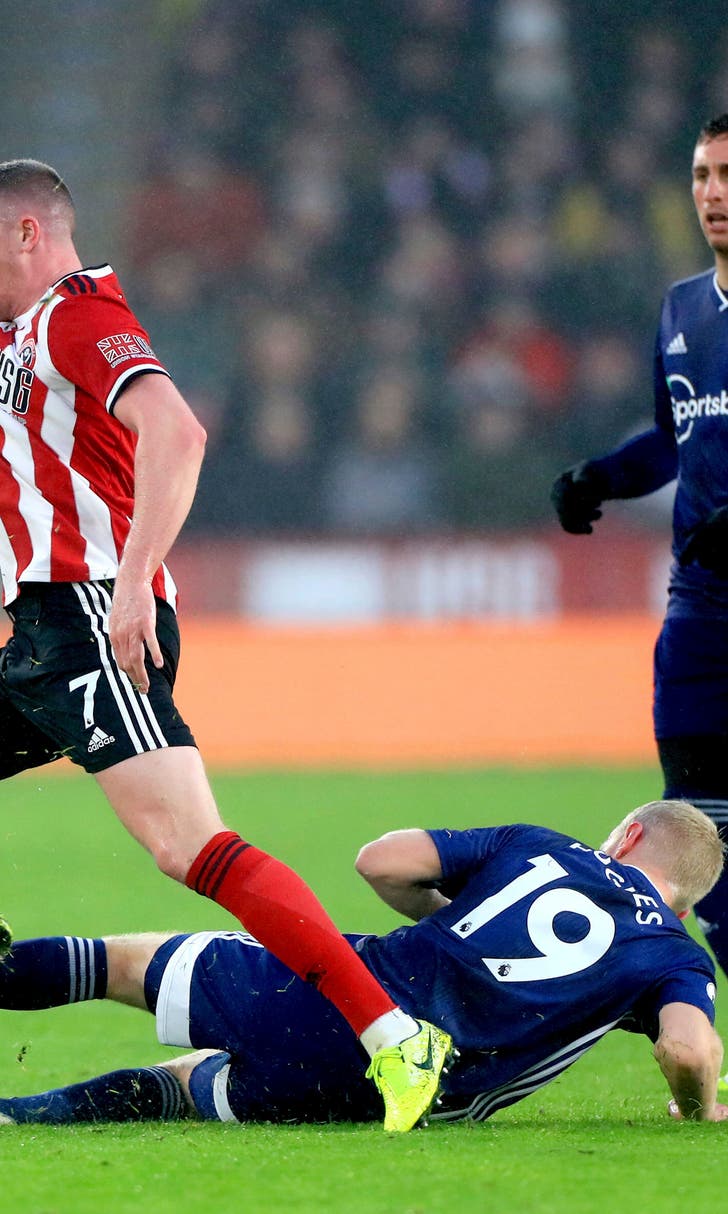 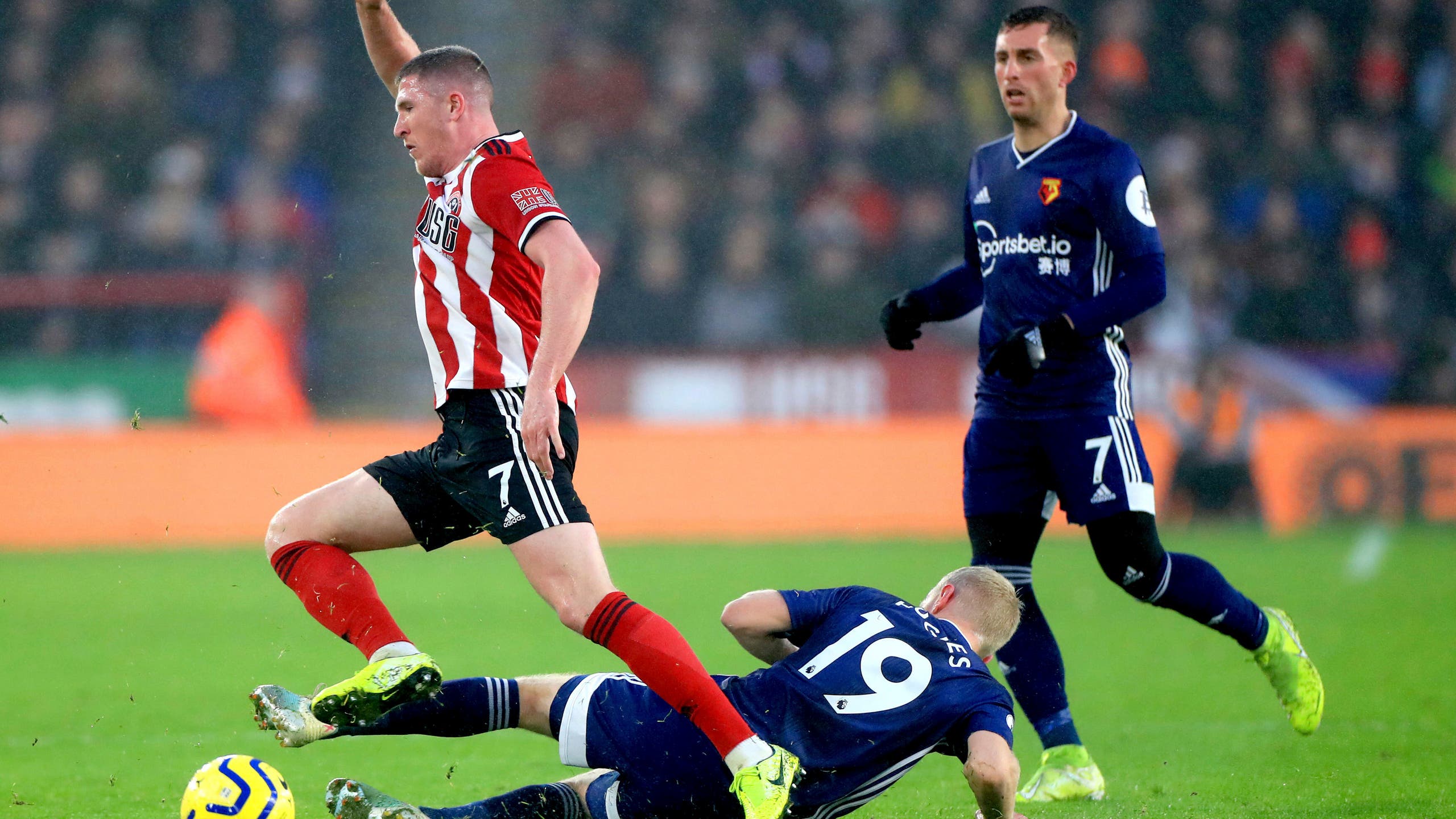 SHEFFIELD, England (AP) — Watford goalkeeper Ben Foster produced one of the saves of the season as his team's revival continued with a 1-1 draw against Sheffield United in the English Premier League on Thursday.

Foster kept his team in the match with a superb stop from point-blank range to deny John Fleck just after the hour at Bramall Lane.

Lys Mousset traded passes with David McGoldrick before delivering a pinpoint cross into the area for Fleck, who connected with the ball sweetly. It seemed a certain goal, but Foster somehow clawed the shot away from on his line to keep the score at 1-1.

It remained that way and the points were shared after Oliver Norwood's penalty cancelled out Gerard Deulofeu's opener for Watford, which climbed off the bottom of the table with the point in South Yorkshire.

Watford
share story
those were the latest stories
Want to see more?
View All Stories
Fox Sports™ and © 2021 Fox Media LLC and Fox Sports Interactive Media, LLC. All rights reserved. Use of this website (including any and all parts and components) constitutes your acceptance of these Terms of Use and Updated Privacy Policy. Advertising Choices. Do Not Sell my Personal Info