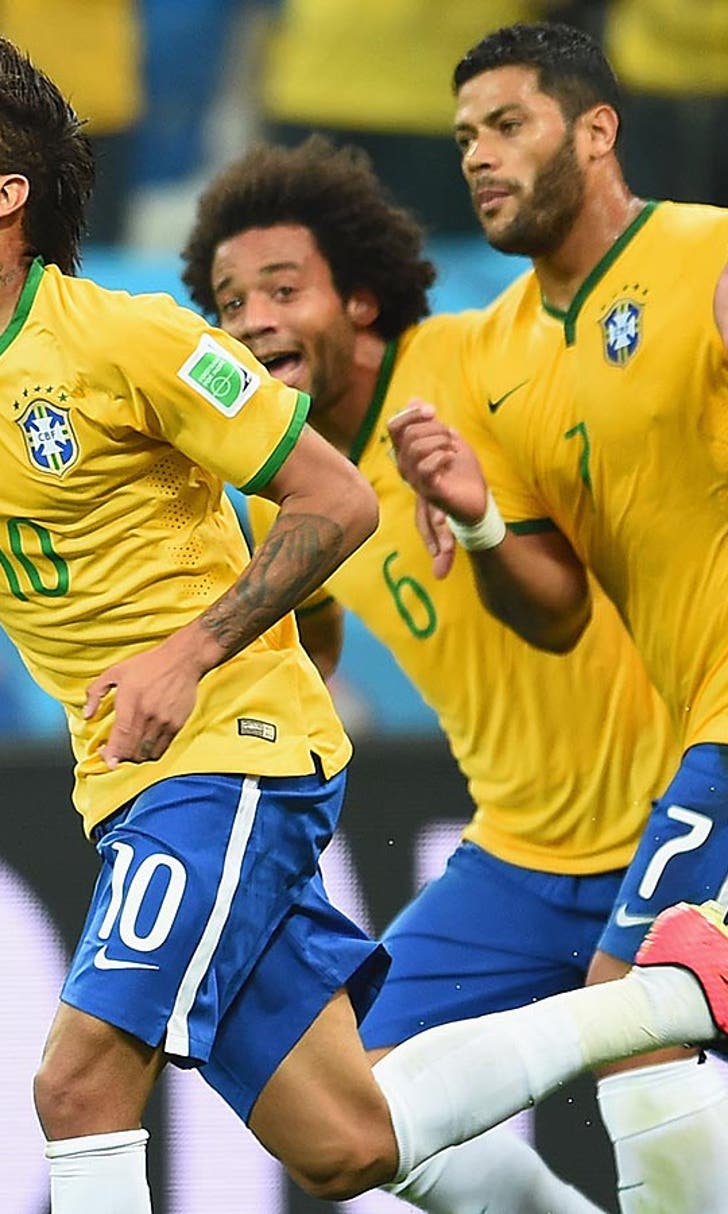 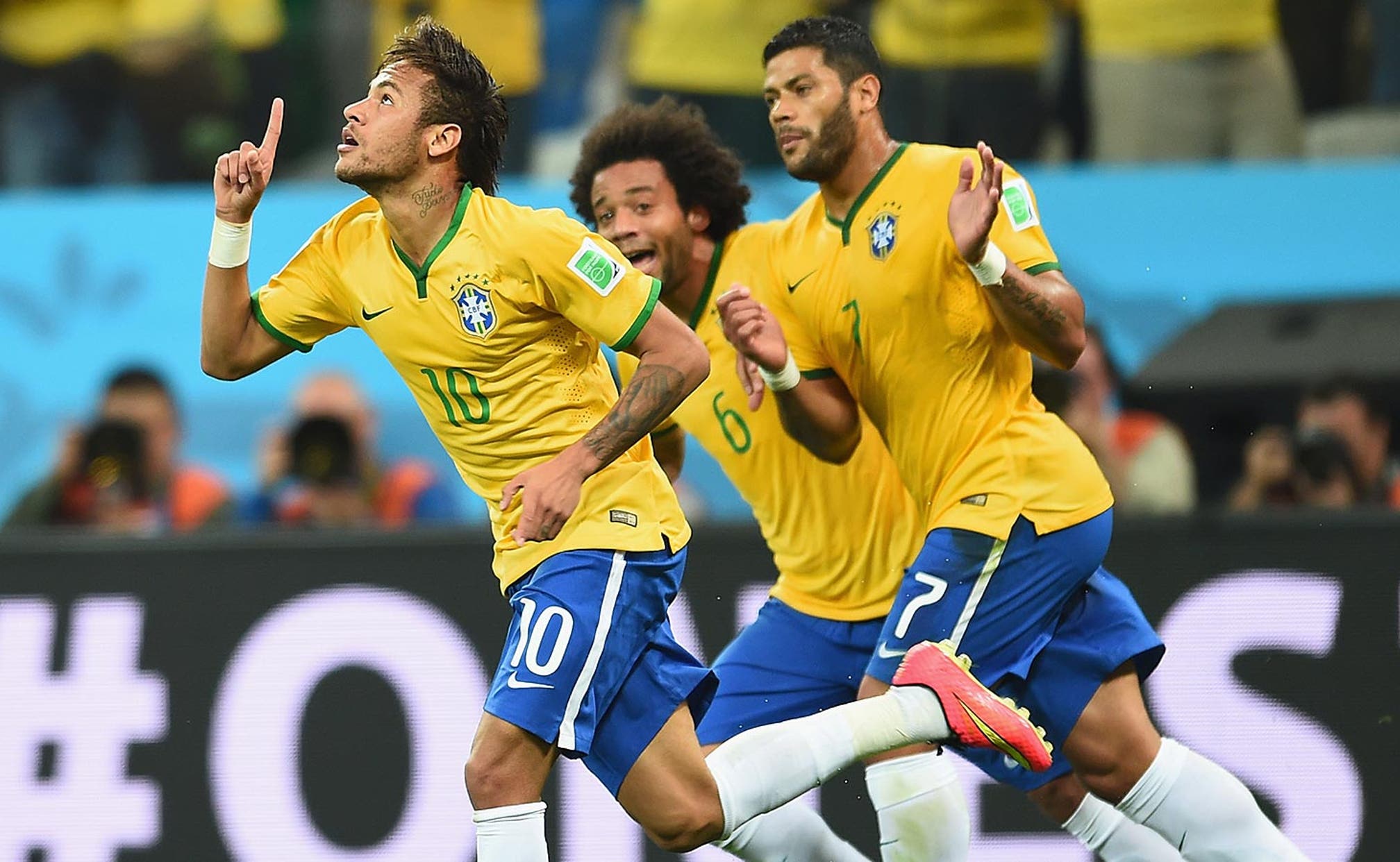 Brazil recovered from conceding an early goal to claim a 3-1 win over Croatia in the opening match of the World Cup on Thursday.

Marcelo poked into his own net inside the opening quarter of an hour to hand the Croats a shocking lead. Neymar equalized after 29 minutes and then snatched the winner from a controversial spot kick with 20 minutes to play. Oscar secured the third in second-half stoppage time to ensure the favorites managed to emerge from the opener unscathed.

The final score line did not reflect the balance of the game or the resistance offered by Croatia on the day. Both teams will have plenty to ponder – including these five points – as they moved forward toward their next Group A fixtures.

The magnitude of the moment caught out the home side at the outset. Croatia opened the match with endeavor and played quickly into the wide areas to apply direct pressure to a side with questions about the defensive work of its fullbacks.

Ivica Olic ran at Dani Alves a couple of times inside the first five minutes to foreshadow Croatia’s willingness to play up the left (46.4 percent of the attacking play came on that side during the first half, per Opta statistics). Alves picked up the wrong spots every time by challenging at inopportune moments and pulling too far away from the back four to stay connected. His inconsistent positioning – plus the inability of the other three defenders – invited Olic to set the stage for the shock opener.

Olic found himself in too much space to whip across into the goal area from the left. Alves’ positioning afforded too much space to run between the channels: Nikica Jelavic made a good, hard run toward the near post across the static David Luiz to get a flick. Jelavic’s little touch paved the way for Marcelo to turn into his own net after 11 minutes and punish Brazil for its inability to come to terms with the match in the early stages.

2. Croatia pays for the lack of strength in midfield on equalizer

Croatia manager Niko Kovac opted for Mateo Kovacic, Luka Modric and Ivan Rakitic in his central midfield trio instead of dropping one of them to insert a more robust holding player. All three players keep the ball well, but this game required more grit in the center of the park to blunt the Brazilians as they tried to transition into the final third.

Oscar’s work in the buildup to Neymar’s opener highlighted the issues. The Chelsea midfielder battled through two challenges to punish a turnover and shepherd the ball forward. His industry – and the frailty of his opposition – created a chance from nothing and presented with Neymar with the opening to dink the equalizer off the far post just before the half hour.

3. Second goal cements expected shift in the game, but Brazil failed to build on it

Brazil responded well to conceding and took firm control of the game as the first half progressed. The pressure inevitably pinned Croatia back inside its own half and restricted the opportunities for the wide players to break quickly forward on the counter. The calculus instead forced Croatia’s open midfield – comprised of three ball-playing central midfielders and two forwards operating as wingers – to close and track with the Brazilians utterly dominant in possession

Croatia dropped deeper and deeper inside its own half as the second half opened, but it managed push out a bit after 10 minutes or so when Brazil dropped its levels just a bit too far. Brazil's lack of ingenuity allowed the Croats to push out and left the home side grasping for a way to procure the necessary second goal.

The winner arrived in charitable and controversial circumstances when the previously anonymous Fred managed to draw a penalty after 69 minutes. Only referee Yuichi Nishimura – generous to the home side for most of the day, in truth – can explain why he pointed to the spot when the burly striker tumbled after scant contact from Dejan Lovren. Nishimura stuck to his decision despite the vociferous and altogether warranted protests from the Croats. Neymar managed to power his penalty through Stipe Pletikosa to place his side in front.

Croatia attempted to restore parity with a determined late push without finding a way through. Another refereeing decision – a suspect foul called against Olic after jumping with Júlio César in the final 10 minutes with an open goal begging – left the game Croats frustrated again with an equalizer within grasp. Oscar eventually poked home in second-half stoppage time to end the Croats’ resistance and give the home side a victory despite a largely indifferent display.

5. The questions about Brazil’s readiness for this tournament off-the-field aren’t going away

Brazil had seven years to prepare for this World Cup and still left far, far too many details to the last minute. The failure of a bank of lights during the first half supplied the perfect symbolism for a country not quite prepared for the spectacle ahead. It’s too late to apply gloss to the mess unfolding in terms of infrastructure and public unrest, but the problems inside the stadiums must get sorted out quickly in order to sidestep further embarrassment.