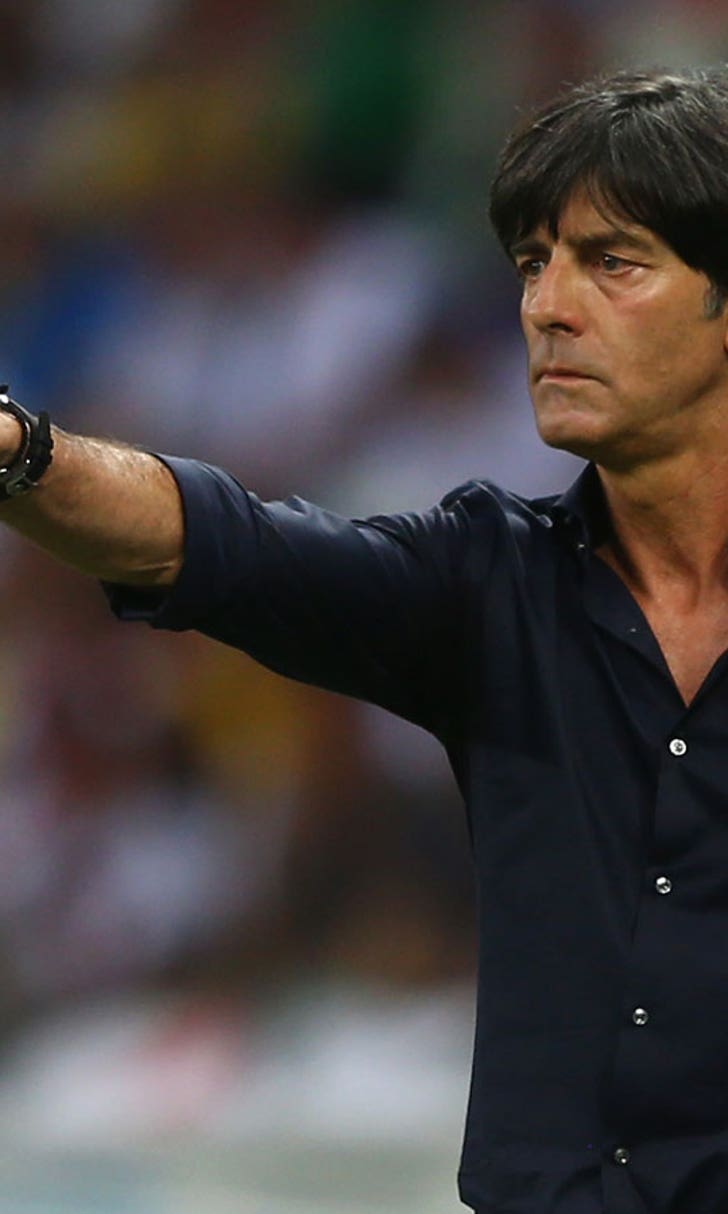 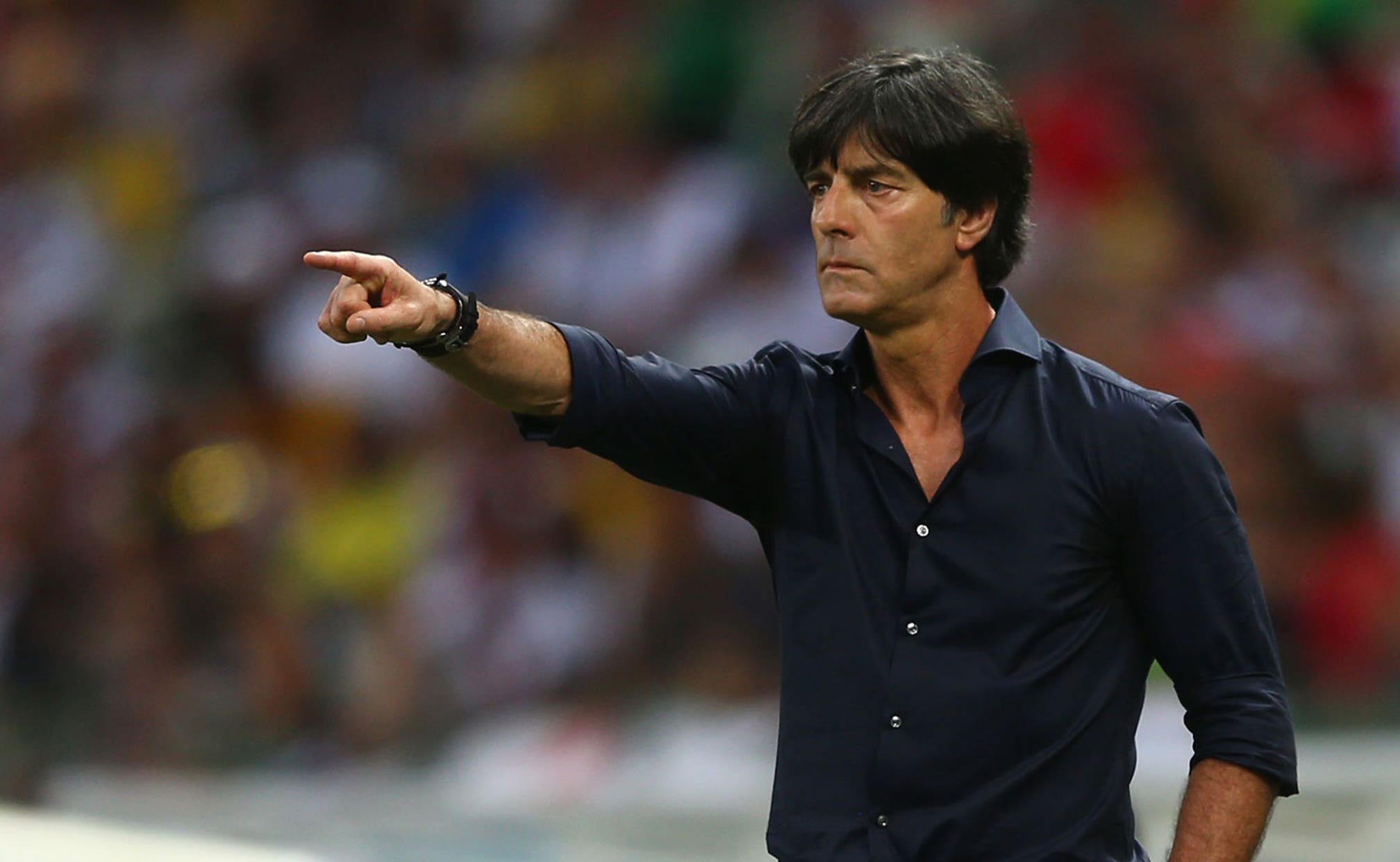 Argentina and Germany will draw this thrilling World Cup to a compelling conclusion at the Maracana on Sunday. The two perennial powers will meet for the third time in the final with Argentina winning in 1986 and West Germany responding four years later. This third meeting offers a tiebreaker of sorts with Argentina in search of a third title and Germany pushing to claim its fourth.

The ultimate triumph awaits one of these sides at the final whistle as the Lionel Messi-led Argentinians attempt to cope with the collective strength of the Germans. This edition of Five Points sets the stage for the final act of this tournament in Rio.

Germany must establish control at the outset

The impetus from the midweek victory against Brazil must transfer into the early stages of this game. Germany will face a more determined and more resolute opponent in this final, but the cadence and the rhythm in possession remain important to the overall chances of success.

Argentina relies on its shape to frustrate the opposition and trusts Lucas Biglia and Javier Mascherano to close down much of the service in midfield. In order to combat that sort of deportment, the Germans need to move the ball quickly and efficiently to unsettle the Argentinians. The onus falls on the Germans to assert dominion over midfield and then build from there. If they do not, then they may end up toiling more than expected against a defiant opponent.

Pressure, variety of service required to place Argentina under duress

If the Germans can control the proceedings in possession, then they can start to pull apart the Argentinians inside their own half. Alejandro Sabella has constructed a formidable defensive unit -- it is largely a 4-2-3-1 setup with Messi given the freedom to roam as he pleases -- from a rather underwhelming set of parts, but Argentina is not some impenetrable side. This group, however, does present a defiant enough structure to present some concerns.

Most of the German success will likely come from pressing high and working onward from there. Brazil crumbled straight down its spine, but Germany cannot expect similar weakness here. Sami Khedira, Toni Kroos and Bastian Schweinsteiger will attempt to claim possession in good areas and then move it quickly into positions to hurt the stretched Argentinians.

There are a variety of potential approaches and Germany must test all of them to locate the likely weak spots. The wide areas – particularly on Marcus Rojo’s plot on the German left – could prove profitable, but the direct service to Miroslav Klose might prove a bit harder to find with Mascherano closing in front of the back four and Ezequiel Garay leading the back four well. The overarching objectives remain the same for Germany, though: acquire the ball, move it quickly and slice open the Argentinians with incisive vertical balls and neat combinations where possible.

Argentina must get its shape right first and foremost

Sabella charted a conservative course through this tournament to solidify his defense and reaped the rewards along the way. This encounter with the mobile and threatening Germans presents the most significant test of those modest tactics to date. It is not the sort of scenario where the Argentinians can open their shape even a bit and expect to survive over the course of this final.

The hard work starts with Biglia and Mascherano in the heart of midfield. The two holding players must limit the effectiveness of Khedira, Kroos and Schweinsteiger in central midfield and shunt the play into wider areas whenever possible. Expect a low block in front of the back four to secure matters. It is not a task beyond their capabilities, but they must receive some help to combat the numerical concerns and rise to the occasion in order to satisfy it.

If Biglia and Mascherano can crowd the Germans’ preferred operating areas behind and through the defense, then the rest of the defensive structure will have a more manageable task. The back four must set the right line – deeper is probably better – and then soak up pressure accordingly to provide Argentina with a chance to play on the counter.

Width is a necessity when Argentina breaks out of the back

Argentina looks most threatening when Messi dashes into open space on the counter. The key to those forays involves generating plenty of width when the ball turns over and the break commences.

Ezequiel Lavezzi holds the key here with his willing running. He often disappoints with his end product, but his forays on the left at least force the opposition to pay him some mind. The impetus isn’t necessarily carve out chances against Philipp Lahm, per se. It is more important to stretch the play as much as possible to provide operating room for Messi through the middle of the park. The efforts should also open the passing lanes to Gonzalo Higuain, though Mats Hummels tends to quell those sorts of threats. Look for the fullbacks – and Rojo in particular on the left – to join the attack to aid the cause from time to time, too.

All of those endeavors come with a caveat, though: Argentina cannot commit too many numbers forward and expose itself to the German counter when possession turns over. The risk of pursuing a goal is simply too great when Argentina boasts Messi to win the game in a safer fashion.

The catchy storyline for this game – Messi vs. the German machine – probably diminishes the quality within the Argentinian ranks a bit too much, but it basically captures the principles at hand. Messi must serve as the inspiration and the primary threat to lift Argentina to its third title, while Germany will likely win if he falls even a bit short of his very best.

Messi will attempt to find the game by maneuvering out toward the right flank and sitting in the space afforded out there. It suits him in a couple of ways: he can disrupt the German midfield trio (or drag one of them – likely Schweinsteiger -- out of position) and run at the vulnerable Benedikt Höwedes. He may not always receive the ball in that area, but it is the spot on the field that holds the most promise for him.

It only takes one clever run into the channel or one sublime sequence on the edge of the penalty area for Messi to make his mark. He must devote this final to procuring it. He cannot control whether his teammates can hold out against the Germans. He can only ensure their efforts do not go to waste. It is down to Messi to deliver at the right times to give his side the best possible opportunity to celebrate a title in the most hostile of territories.