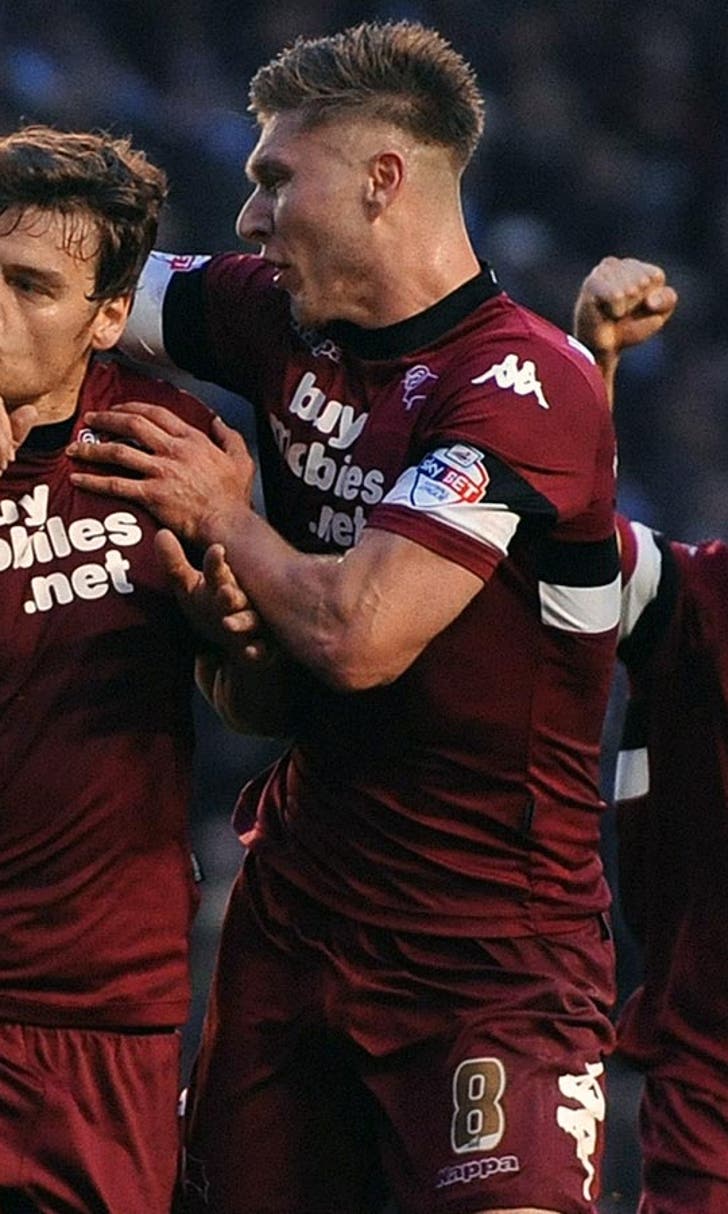 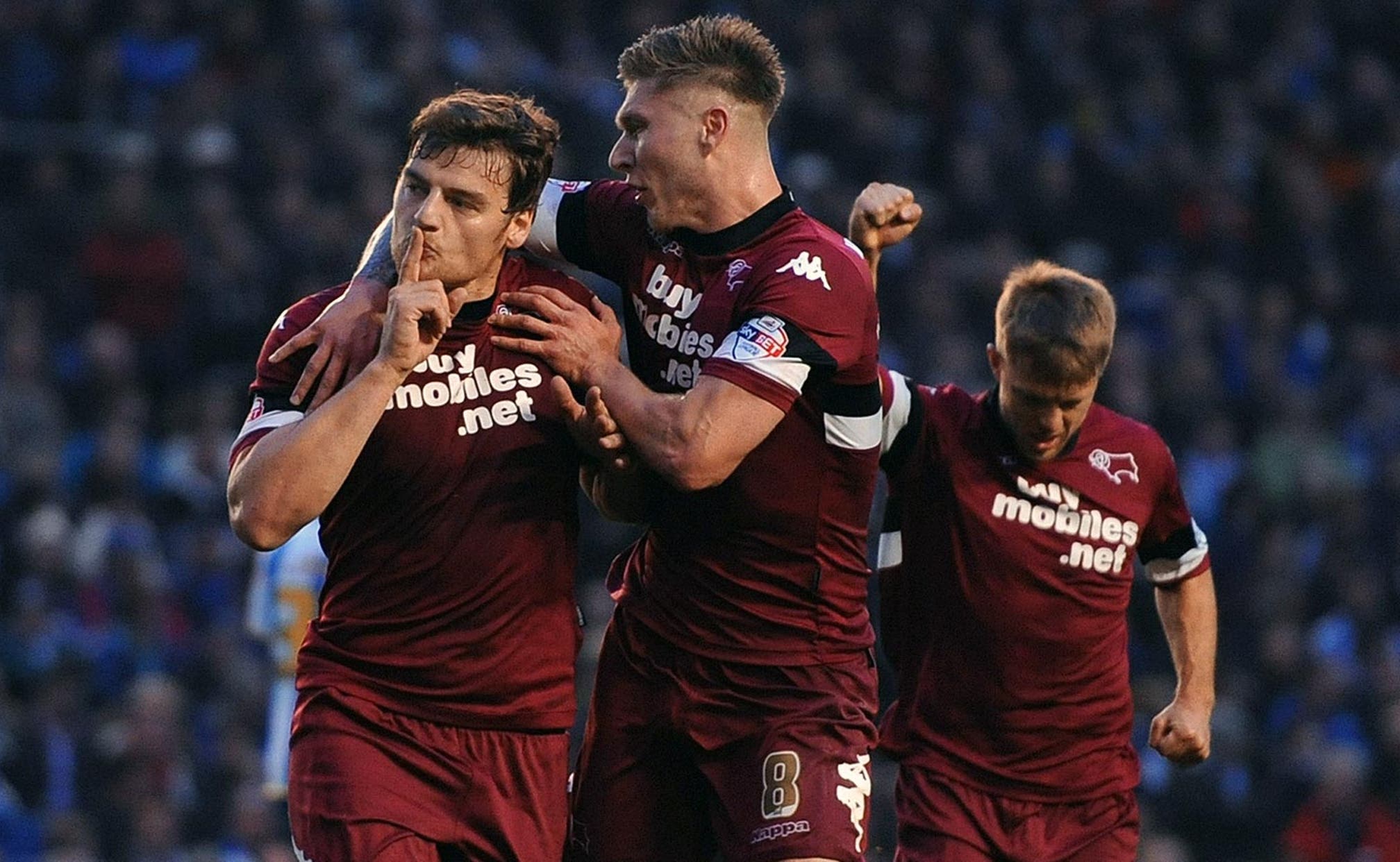 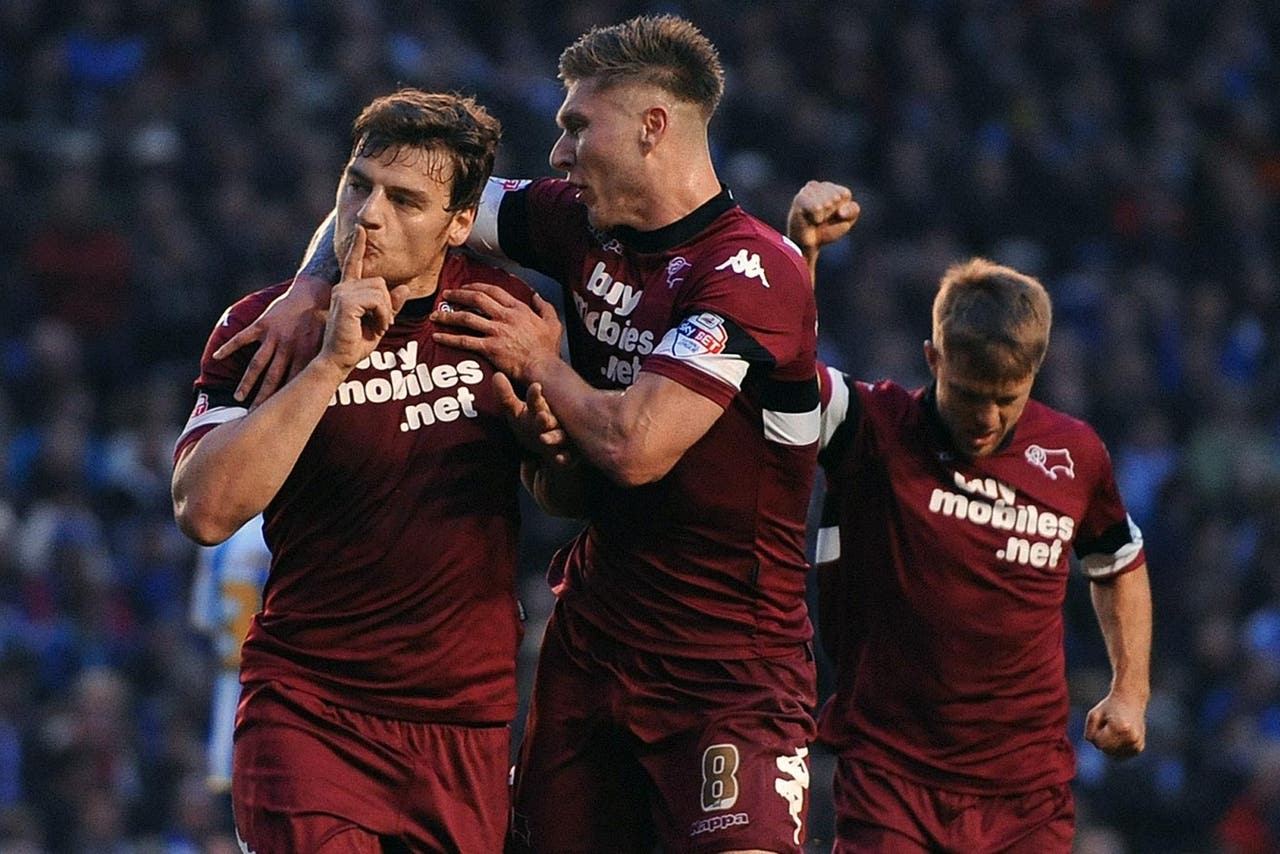 Chris Martin put Derby in control of the opening Championship playoff semifinal as they came from behind to beat Brighton 2-1 in the first leg.

The Rams were trailing to Jesse Lingard's early strike but top scorer Martin levelled from the penalty spot for his 24th goal of the season. The striker then saw his long-range effort come back off the crossbar and bounce in off the back of luckless Seagulls keeper Tomasz Kuszczak to ensure Derby take a slender lead back to the iPro Stadium for Sunday's return.

County, rejuvenated under former England boss Steve McClaren, were favourites going into the tie having finished 13 points ahead of their opponents and beaten them twice already this season, while they booked their play-off spot more than three weeks ago. Brighton, by contrast, left it to the final minute of the final day to snatch sixth place from Reading, yet it was the hosts who drew first blood.

In the 17th minute Andrea Orlandi and Will Buckley combined to send Inigo Calderon charging to the byline and the Spaniard's cut-back was turned in at the second attempt by Manchester United loanee Lingard. But Derby drew level just before the half-hour when Craig Forsyth, showing the sort of nimble footwork namesake Bruce would approve of, jinked into the area only to be halted by a clattering foul by Matt Upson.

It was an uncharacteristic and costly error from the former England international, Brighton's player of the year, as Martin stepped up to convert from the spot. It only added to the frustration felt on the Brighton touchline, with Calderon and Leo Ulloa having been on the end of some dubious challenges in Derby's box but with no consequences for the visitors.

The playoff semifinals can often be cagey affairs, particularly in the opening stages, but this one was nothing of the sort. Brighton immediately went in search of the lead again and Ulloa's downward header was well saved by Grant.

But Derby looked the more dangerous side and Kuszczak had to palm away Johnny Russell's cross with Martin poised to apply the finish, before Craig Bryson fired a dipping shot over the crossbar. And they went ahead in first-half stoppage time when Russell, with his back to goal, played the ball to the feet of Martin who crashed his shot against the woodwork and in off the prone Kuszczak.

Brighton came agonisingly close to an equaliser after the break Ulloa's his volley was superbly tipped onto the same crossbar by Grant to ensure the Rams are within a clean sheet of Wembley.