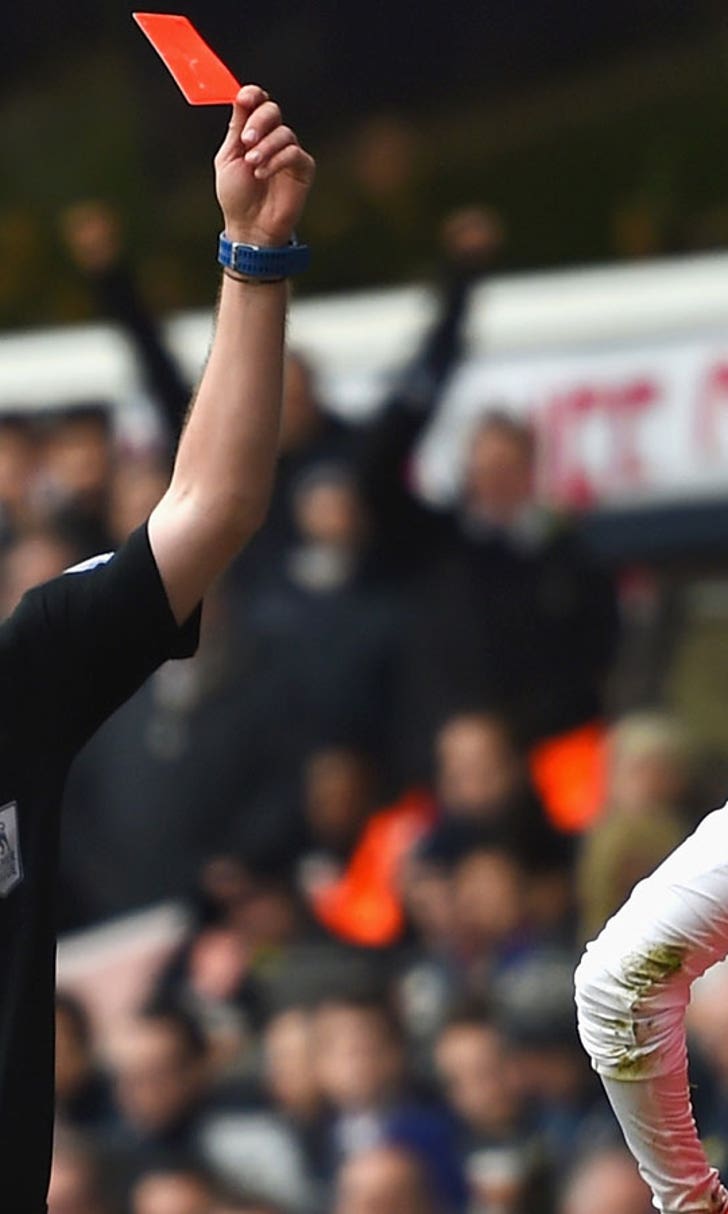 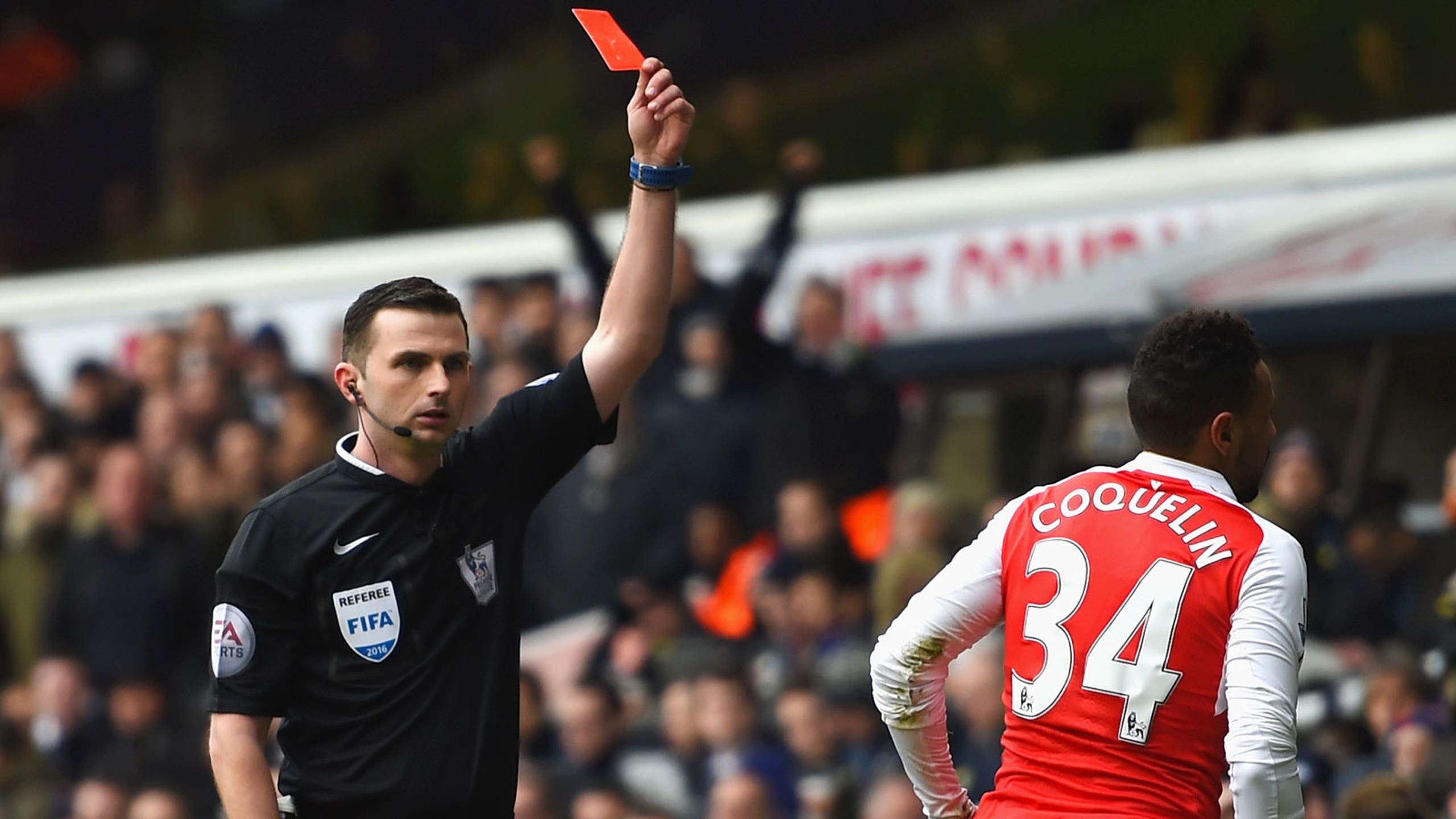 Coquelin apologizes to Arsenal fans after Spurs sending off 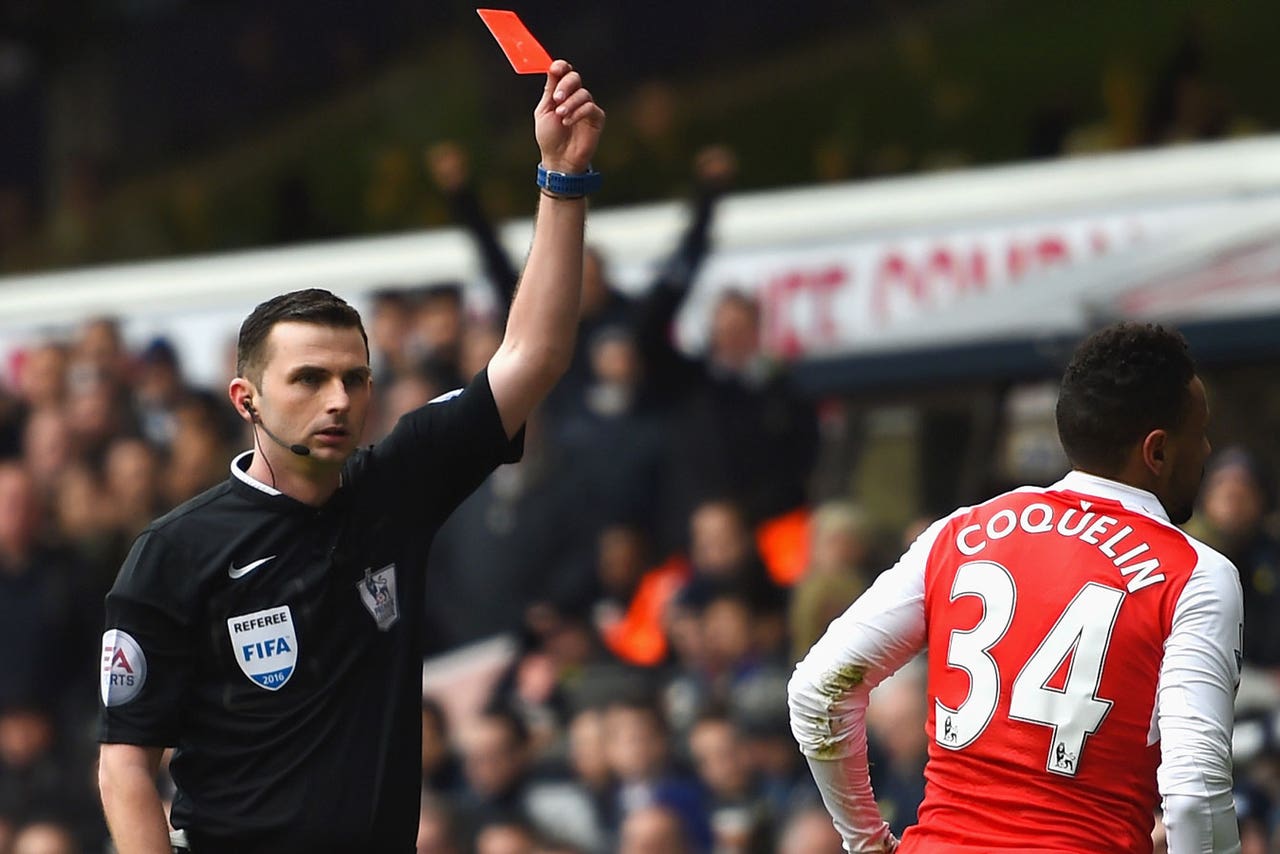 Francis Coquelin has apologized to Arsenal fans after he was sent off in Saturday's north London derby against Tottenham.

The Frenchman was dismissed was in the 55th minute after collecting two yellow cards, after which Tottenham scored twice in quick succession to take a 2-1 lead at White Hart Lane.

But Alexis Sanchez salvaged a point for 10-man Arsenal with a 76th-minute equalizer, which Coquelin admitted came as a 'relief' to him.

"I didn't really see the goal [because I was in the dressing room] but someone came and told me that we scored the second one - it was a relief for me," Coquelin said in an interview on the official Arsenal club website.

"I'm really sorry to all the fans for the red card.

"I think with 11 against 11 we could have won the game as we were playing really well. This red card changed the game. I'm really sorry to the club, to the team and all the fans.

"I actually thought I could get the ball when I slide tackled [Harry Kane] - that is why I went for it. I touched him and [the referee] gave me the second yellow.

"But at the end of the day, it's a good point and hopefully it will be an important point for the title."