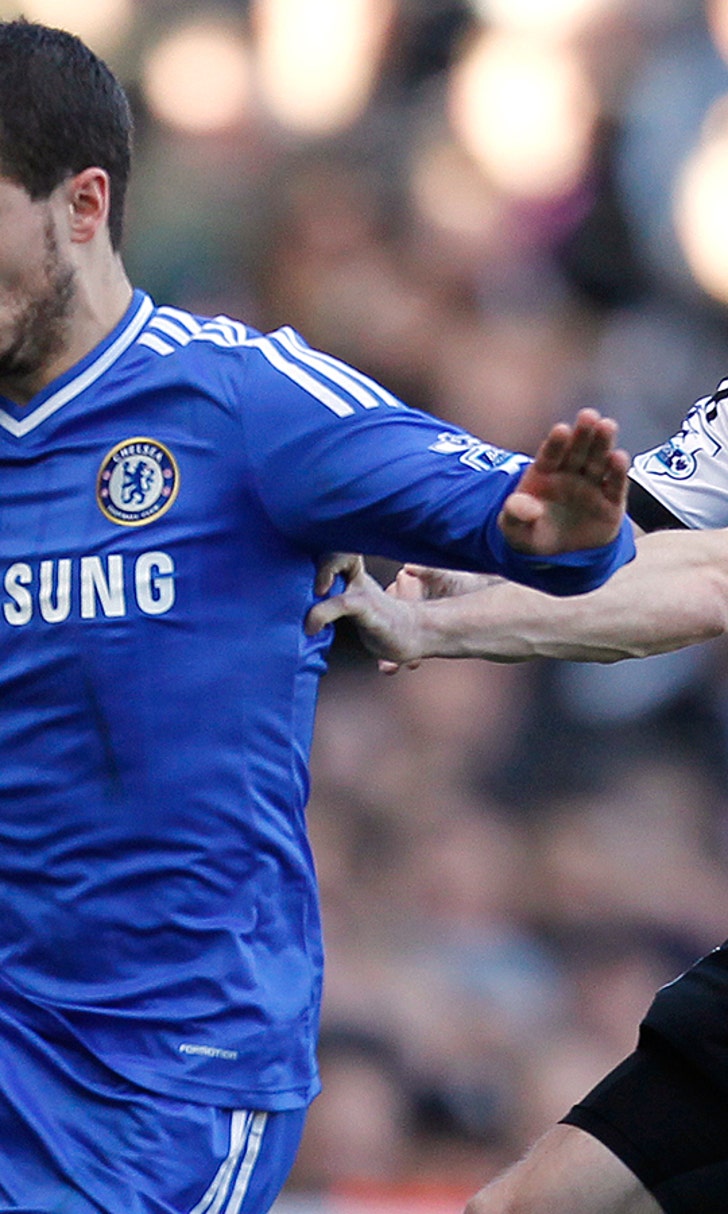 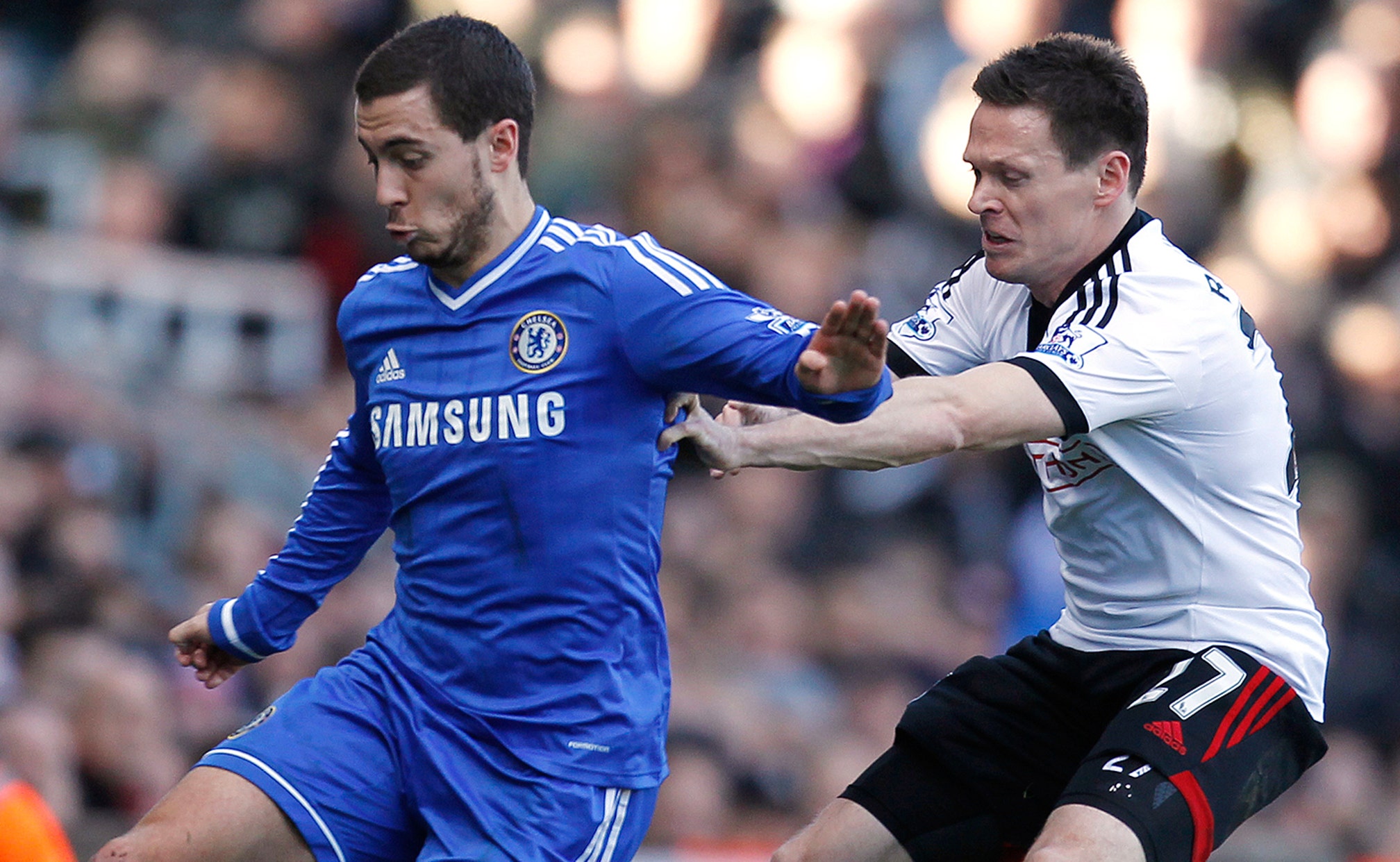 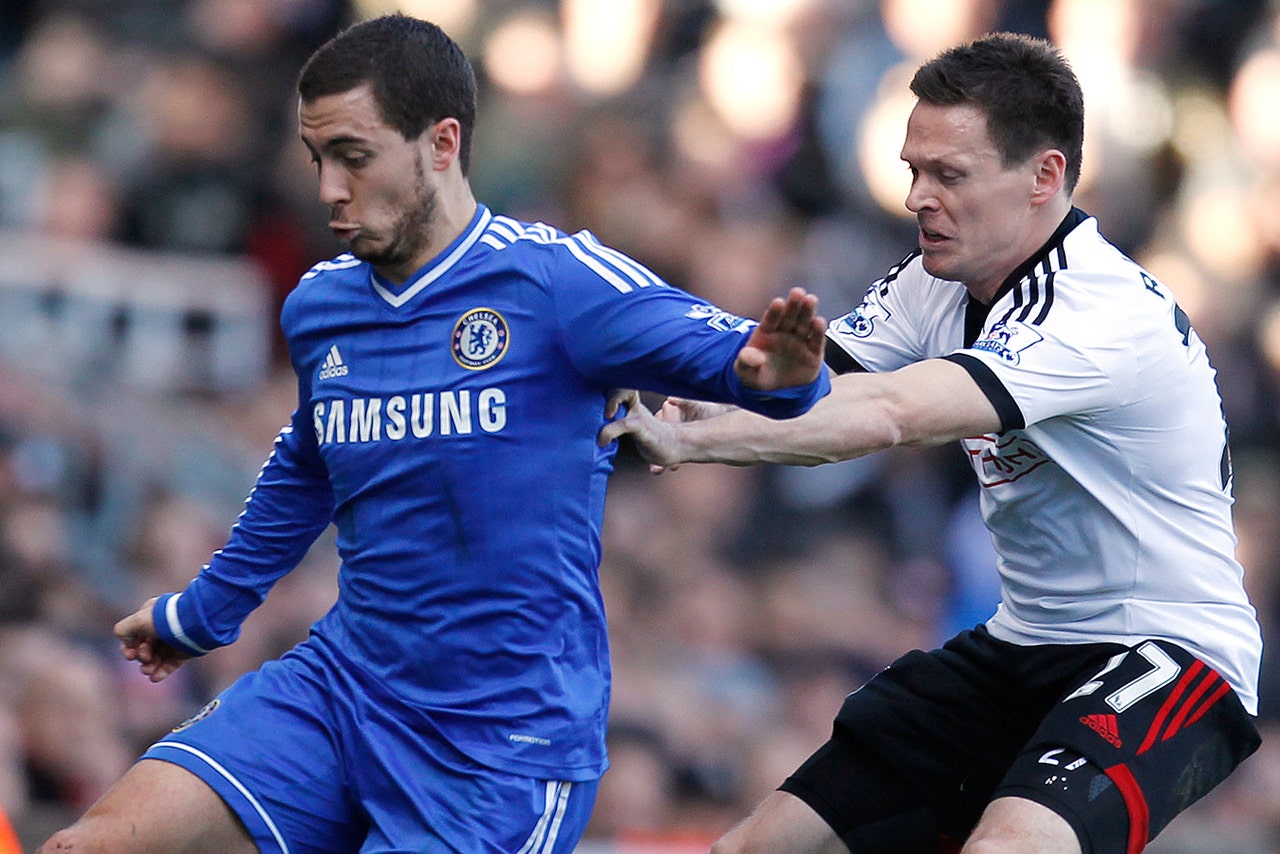 A second-half hat-trick from Andre Schurrle saw Chelsea overcome any Champions League fatigue and cruise to a 3-1 win over struggling Fulham to extend their Premier League lead.

Thoughts the Blues might struggle at Craven Cottage, just over 48 hours after returning from the 1-1 draw with Galatasaray in Istanbul, looked possible in a flat first-half, but the second 45 minutes proved a far different affair.

Victory, combined with Arsenal's 1-0 defeat at Stoke, sends Jose Mourinho's side four points clear at the top with 10 games remaining, although Manchester City sit six points back with two games in hand as they prepare for the Capital One Cup final on Sunday.

But it was the hosts who created the first chance, inside three minutes, as Pajtim Kasami put in a lovely cross from the left and Clint Dempsey - playing his last game for the club before returning to the Seattle Sounders - failed to get his glancing header on target.

Chelsea looked like a team that had been on a plane just over two days ago, struggling to find their rhythm with a free-kick by Schurrle - from a fairly threatening position - that went straight into the Fulham fans behind the goal summing up their turgid start.

They created a chance on 15 minutes but only thanks to some comical goalkeeping from Maarten Stekelenburg, who allowed Fernando Torres to close him down from out of the shadows, block a goal-kick and eventually make room for a shot the Dutchman did well to get back and save.

Fulham suffered a massive blow when Brede Hangeland had to go off with blurred vision a few minutes after a clash of heads with team-mate Kieran Richardson.

But Chelsea continued to struggle with the massed ranks of the much-maligned Cottagers defense, the desperation of a long-range Ramires shot well off target showing how tough they were finding it in the final third.

A foul by Ramires gave Kasami a chance to test Petr Cech with a free-kick from 30 yards, Fulham trying out a complex triple-dummy technique before the Swiss midfielder's low effort under the wall which was eventually comfortably dealt with.

Mourinho's men nearly grabbed what would have a barely-deserved lead in first-half injury-time when Stekeleburg made the best save of the game at that point, tipping a vicious Torres shot over the bar.

But they did grab that vital advantage seven minutes into the second-half when Eden Hazard's beautifully-flighted pass was ideal for Schurrle to run on to, and he outpaced substitute Dan Burn and slotted the ball under Stekelenburg.

It was so nearly 2-0 a few minutes later when Hazard came up with an audacious back-heeled flick cross that Torres headed into the back of Richardson and behind for a corner.

By now Fulham looked bereft of ideas going forward, Magath bringing on Lewis Holtby to try and find a spark, but it was Chelsea who continued to press and they soon had their second.

Again it was Schurrle with the composed finish, this time taking a lovely ball from Hazard and firing past Stekelenburg from 12 yards to all-but settle things with 25 minutes to play.

Schurrle had another effort deflected wide soon after but his hat-trick was completed on 69 minutes when Torres got the better of Burn and fed the German to complete his first treble since arriving in the Premier League last summer.

Fulham grabbed a goal back with 16 minutes remaining when a Holtby corner found Darren Bent at the far post, and his ball back across goal was converted by Johnny Heitinga, opening his goal account for the club.

Schurrle almost grabbed a fourth from another Hazard cross and there was little in the way of panic at the back from Chelsea in the closing minutes as they safely closed out their seventh away win of the season.

For Fulham things remain bleak, as they still look for a first Premier League win since New Year's Day and a first since Magath took over from the sacked Rene Meulensteen.