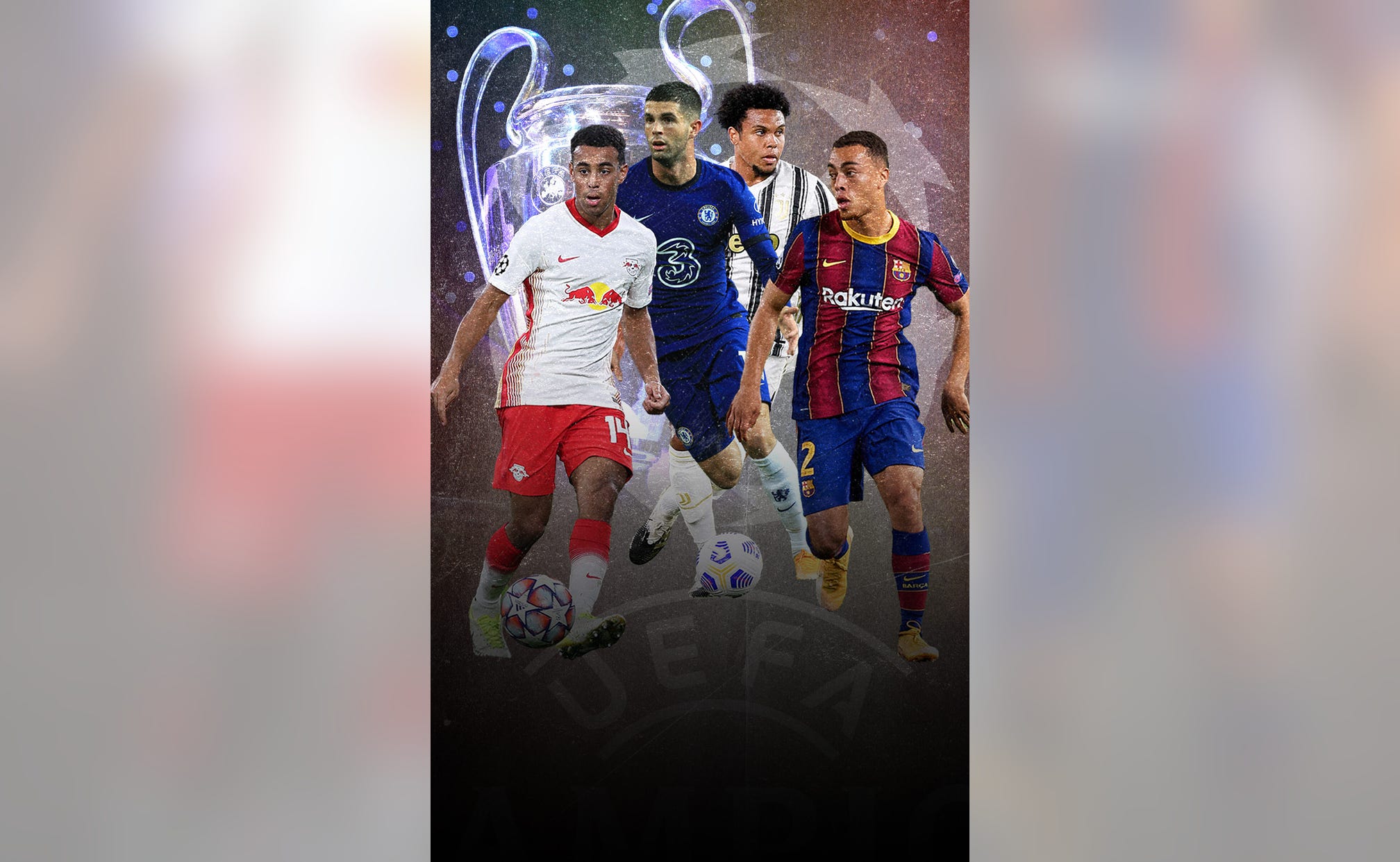 Gregg Berhalter keeps his schedule clear on Tuesday and Wednesday afternoons these days, for one of the most important, yet most satisfying, parts of his week.

The United States men’s national team head coach has a regular appointment with the remote control for a practical reason. After years in which spotting an American in the Champions League was a rare collectible, the bigger challenge now is to keep up with all of the stars-and-striped involvement in the world’s most prestigious club competition.

Berhalter had better get his popcorn ready, as well as his notepad.

“It is great,” Berhalter said. “It is exciting when you think about having things like five guys on a matchday that you can watch and track and now you have to flip back and forth. It is not just that you watch one game every couple of weeks. Now it is coming fast and furious.”

Champions League games are staged on midweek European evenings and as recently as five years ago, the only American routinely in action was Fabian Johnson, born in Germany to an U.S. serviceman father.

Christian Pulisic is perhaps the best-known of the current crop and a veritable figurehead for this generation of American talent. Pulisic was identified early by German power Borussia Dortmund, came up through their youth system, shined for the senior team and then secured a $73 million move to Chelsea, of the English Premier League.

The nature of top-level soccer is that past reputations count for nothing and favor must be earned. When Pulisic arrived in London, he endured some early struggles and was treated with a skeptical eye by head coach Frank Lampard. Persistence paid off, and he is now seen as one of Lampard’s most important players. He is expected to miss Chelsea’s Champions League clash on Wednesday as a precaution in regard to a “minor” hamstring injury.

Tyler Adams, 21, also received plenty of attention during the closing stages of last season’s pandemic-affected Champions League campaign, firing Germany’s RB Leipzig into the semifinal with a thrilling late-game winner against Atletico Madrid. Adams, who was playing with Major League Soccer’s New York Red Bulls two years ago, has offered further evidence to the doubters that the modern brand of talented American is more than equipped for what awaits overseas.

“When people saw someone like Adams do so well in the Champions League a few months back, it probably surprised them that he was American and succeeding in Europe,” Steve Brenner, a soccer writer for top-selling British newspaper The Sun, told me. “But they turn on the Premier League and see what Pulisic has done for Chelsea and it appears maybe, just maybe, U.S. Soccer has got their production line just right after years of mixed results.”

This week, Berhalter named his squad for a pair of upcoming international friendly matches, against Wales in Swansea on Nov. 12 and then regional rival Panama, in the Austrian city of Wiener Neustadt, four days later. In total, the group boasts nine Champions League representatives, and they have some fancy friends.

Weston McKennie’s move from Schalke to Italian giant Juventus means he gets to play alongside Cristiano Ronaldo, at least until the five-time World Footballer of the Year contracted COVID-19.

Sergino Dest, born in the Netherlands to a Dutch mother and American father, was pursued by a trove of elite European clubs this summer before settling on Barcelona, where he has already performed strongly alongside Lionel Messi and his pals.

It should be noted, however, that while having talented players performing at a high level is obviously the optimal scenario, it does not mean it’s time to start cracking the champagne and dreaming of a golden era in American soccer just yet. The lack of time players have been able to spend with the national setup due to the coronavirus adds an extra challenge for Berhalter.

“(Having players) succeeding at high levels in Europe is cause for optimism and celebration, but it doesn’t guarantee USMNT success,” FOX Sports soccer analyst Alexi Lalas told me recently. “But I am bullish because they have … an undeniable level of talent, the likes of which we haven’t seen for years.”

Perhaps the greatest excitement is reserved for two of the squad’s youngest members. Gio Reyna, who plays for Borussia Dortmund, is just 17 and is a prospect seen as having the capability to become one of the world’s top players.

He could make his senior national debut against Wales and is joined on the squad by Yunus Musah, a 17-year-old New York-born midfielder for Spanish club Valencia, who has previously played for England at the youth level. Musah has been monitored by Berhalter for nearly two years and his timing could not be better, scoring a magnificent goal for Valencia last weekend, just before his call-up.

“I am really proud of the guys for what they have been doing,” Berhalter added. “With young players there are ups and downs. There is still this window where you need to keep progress and keep improving to become established and it is second nature that you are playing these competitions year in, year out.

“I am a firm believer that the measure of talent in any given country is based on the number of players that you have playing in the Champions League.”

The next World Cup is still two years away. American soccer fans have tried to forget about the demoralizing pre-Berhalter slump that saw the team fail to qualify for the last one.

Frankly, it is hard to imagine a scenario that repeats that abject failure under the reign of first Jurgen Klinsmann and then Bruce Arena, though it must be factored that the dearth of action on the international calendar means there is limited information on how this group will blend together.

Individually however, they are blossoming, for some of the biggest clubs and on the biggest stage in club soccer. All of which gives Berhalter reason for hope - and increases his TV hours.

Lurking Or Overlooked?
BYU is 9-0, but they're only 14th in the CFP rankings. And coach Kalani Sitake had thoughts on Breaking The Huddle.
12 mins ago

No. 1 Gonzaga Sets The Tone Vs. Kansas
The Zags' three-headed monster was more than the Jayhawks could handle in a Top 10 matchup that featured all the scoring.
25 mins ago

College Basketball's Top Plays: Thanksgiving
From a showdown between No. 1 Gonzaga and No. 6 Kansas to all of the highlights around the country, here are the best moments.
1 hour ago

What Sports Fans Can Be Thankful For
2020 has been a year unlike any other. As Martin Rogers writes, sports have been there for us the entire time.
1 hour ago
those were the latest stories
Want to see more?
View All Stories
Fox Sports™ and © 2020 Fox Media LLC and Fox Sports Interactive Media, LLC. All rights reserved. Use of this website (including any and all parts and components) constitutes your acceptance of these Terms of Use and Updated Privacy Policy. Advertising Choices. Do Not Sell my Personal Info