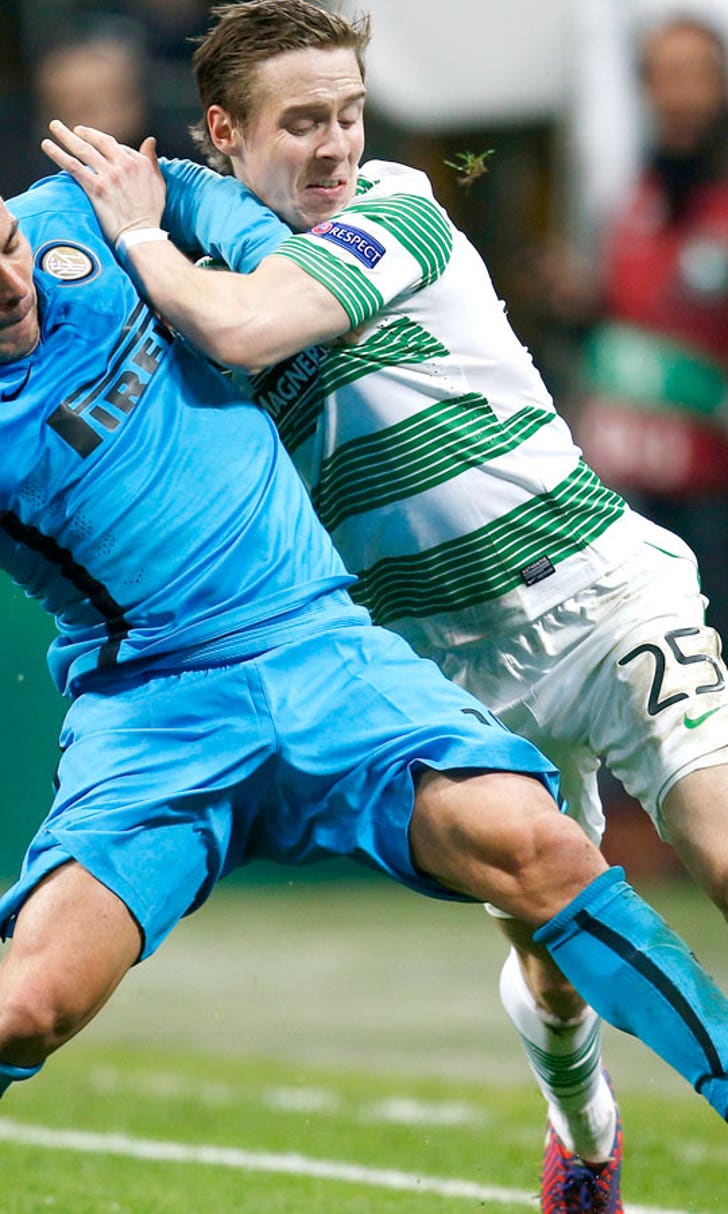 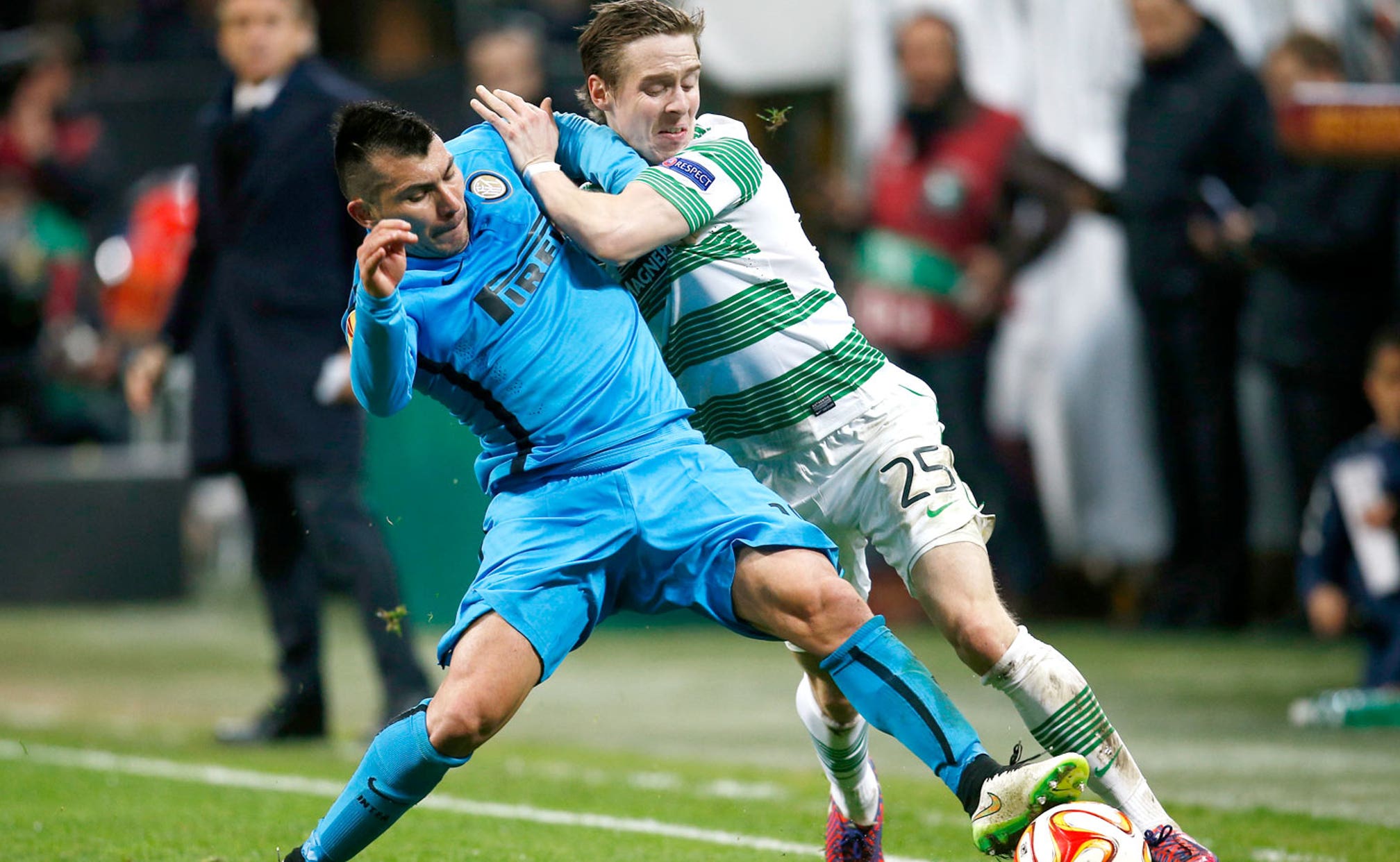 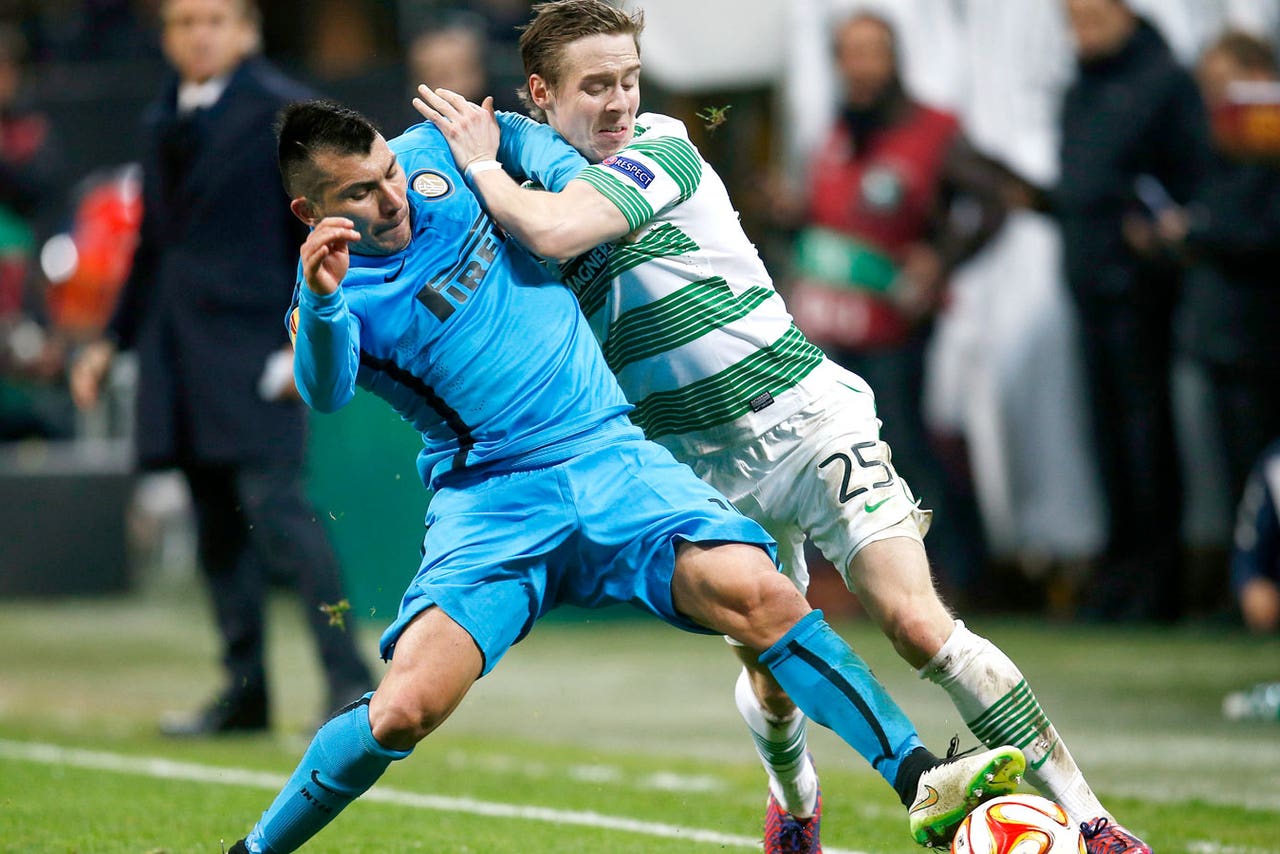 Celtic have been fined 8,000 euros by UEFA following the misbehavior of both their players and fans during last month's Europa League clash with Inter Milan.

The Hoops have been ordered to pay 8,000 euros ($8,734) after collecting five or more cautions during the 1-0 defeat to the Italians at San Siro.

They were also hit with a further 5,000-euro ($5,458) punishment after traveling supporters set off flares during the Round of 32 fixture, which saw the Scottish champions crash out after a 4-3 aggregate defeat.

Inter have been fined 5,000 euros after UEFA's Control, Ethics and Disciplinary Body also found them guilty of breaching rules on flares.

The club had appealed for fans to behave at the San Siro but pyrotechnics were evident in the visiting section.

It is the seventh time in little over three years that Celtic have faced UEFA punishment because of incidents involving their fans.

But Ronny Deila's players have also got the club into trouble after being found guilty of "improper conduct" after collecting five yellow cards and a red.

Deila criticized referee Ivan Kruzliak after the game for his decision to send off his Dutch defender while skipper Scott Brown felt the Slovakian referee had been too harsh throughout.

Brown said at the time: "Football is a man's game. There's always going to be tackles that are a wee bit late due to the pace of the game. These things happen but every single tackle shouldn't be a yellow card."

In a statement, Celtic said: "Clearly Celtic Football Club is disappointed by today's decisions. It should be noted that Celtic players have an excellent disciplinary record in European football over many years and in Scotland, Celtic has been top of the League's disciplinary table for the last three years, something which we are rightly proud of.

"Again, it is disappointing that the actions of one or two individuals within a support of well over 3,000, have let the club down by using flares at this match.

"Inter Milan and the local Italian authorities applauded our fans for their excellent conduct and positive support. Once again, however, the actions of these individuals have done nothing but damage the club they claim to support.

"Our fans have earned a wonderful reputation for their magnificent support of the club and we will not allow the safety of our fans, or their great reputation to be compromised by actions of this tiny minority."